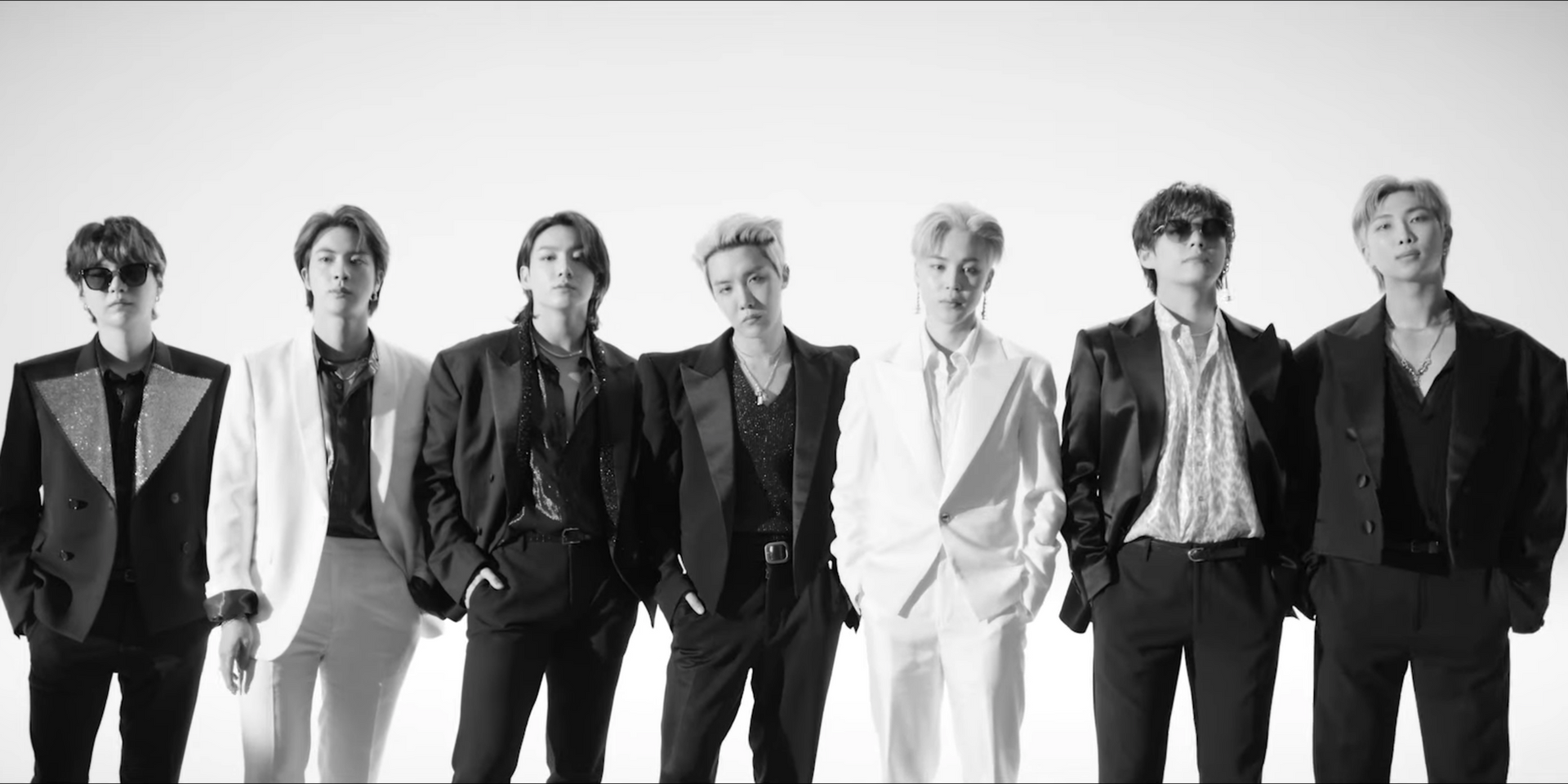 The 20-second audio clip filled with a groovy synthbass reminiscent of Queen's 'Another One Bites The Dust,' and Jungkook singing "Get it, let it roll!" featured a black and white video of the band decked out in power suits.

The upcoming track is the GRAMMY-nominated group's second all-English song, following the success of their 2020 smash hit, 'Dynamite.'

The dance-pop bop was co-written by BTS leader RM alongside Jenna Andrews, Rob Grimaldi, Stephen Kirk, Alex Bilowitz, Sebastian Garcia, and Ron Perry. RM, a full member of the Korea Music Copyright Association (KOMCA), has participated in writing and composing songs for every BTS album since their debut in 2013.

ARMY (fans of BTS) have organised primers and guides for fellow fans to help reach their goals for this BTS comeback.

BUY, STREAM AND REQUEST IT ON RADIO pic.twitter.com/9VpMD3XAfD

Fans are looking to set more records and break the streaming and viewing numbers they've previously set for 'Dynamite,' including "most simultaneous viewers for a music video on YouTube Premieres," and being the fastest music video by a Korean group on YouTube to break 1 million views.

'Butter' will be out on digital platforms on 21 May, 2 PM KST/JST (1 PM PHT/SGT). Limited edition vinyl and cassette copies are also available via Weverse Shop.

Get the first taste of 'Butter' here: