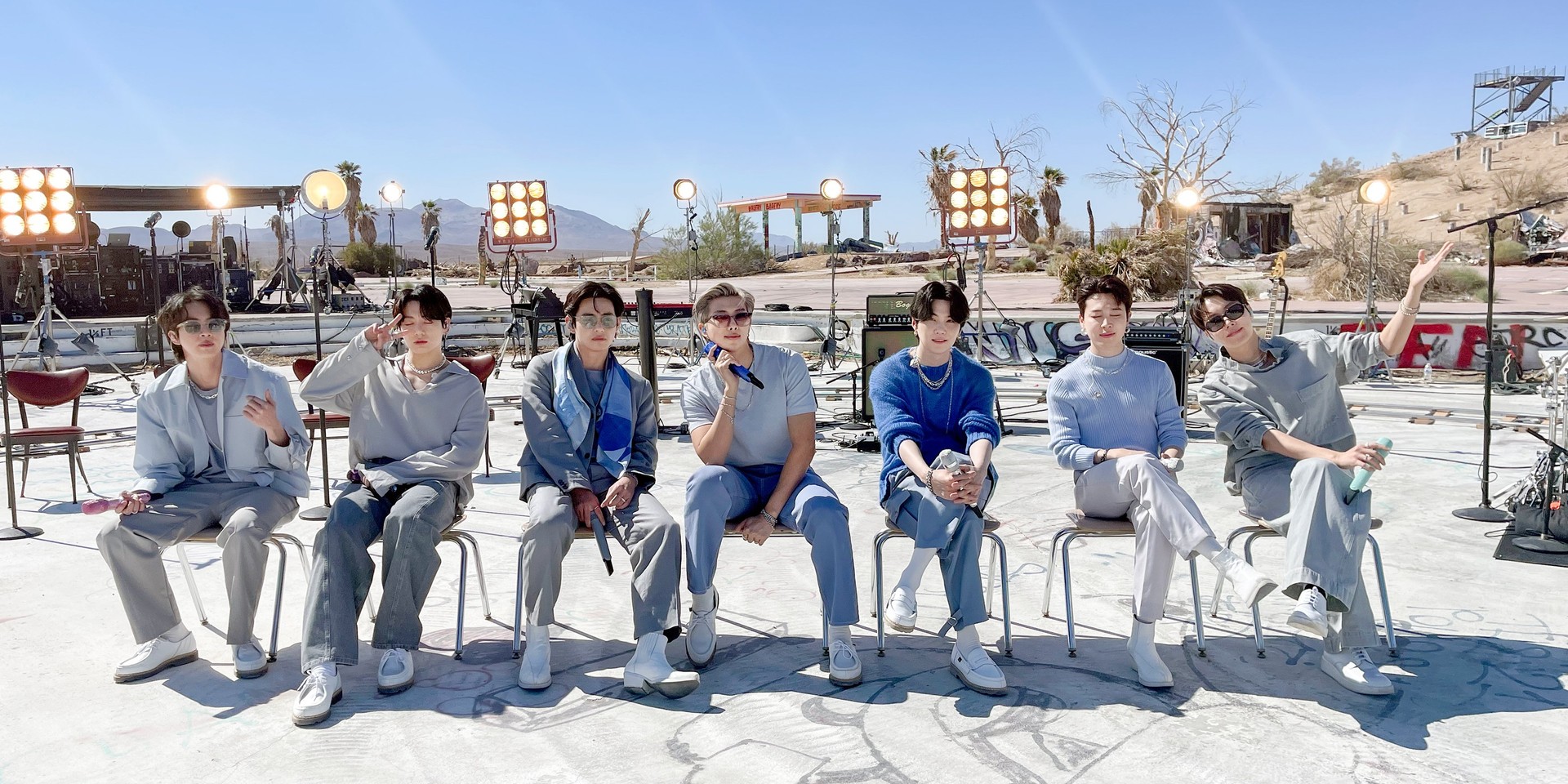 BTS are back on top of Billboard's Hot Trending Songs Chart.

For the week of 18 June 2022, the global superstars earned their third number 1 hit on the chart with 'Yet To Come (The Most Beautiful Moment),' a track off their career-spanning anthology album, PROOF.

The new track's milestone follows the success of 'Butter' and 'Permission To Dance,' and replaces BTS member Jimin and Ha Sungwoon's OST 'With You' on top of the chart. Both nostalgic for the past, and optimistic for the future, 'Yet To Come (The Most Beautiful Moment)' is a peek into what's next for BTS. The group recently announced that they will be taking some time to focus on their individual endeavours with J-hope officially kicking off his solo career with a brand new album, plus a headlining stint at Lollapalooza this July. Meanwhile, V will be co-starring in a spin-off of IN THE SOOP titled IN THE SOOP: Friendship Trip. The upcoming 4-episode show will also feature actors Park Seo Joon, Choi Wooshik, Park Hyungsik, and musician Peakboy – fondly referred to as the Wooga Squad together with V.

WELCOME TO THE MAGIC SHOP: ARMY SHARE THEIR STORIES OF FIRST DISCOVERING BTS

'Yet To Come (The Most Beautiful Moment)' made its live debut at PROOF LIVE where they were joined by Anderson .Paak on drums.