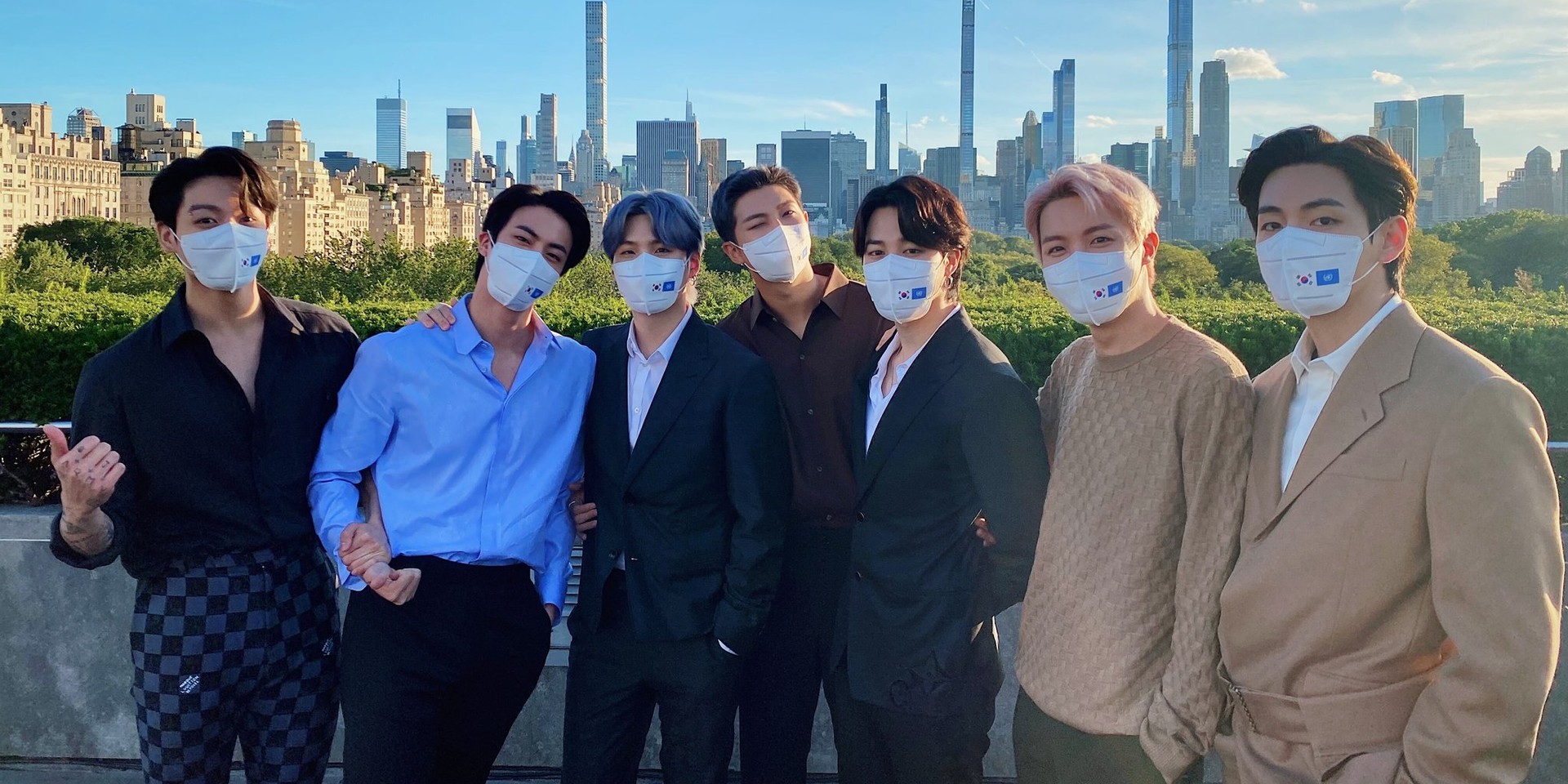 BTS had quite the start to their week.

Following their address at the 76th UN General Assembly, the global pop icons made their way to New York's Metropolitan Museum or The Met to present a gift from the South Korean government alongside First Lady Kim Jung-Sook. This comes as one their first duties as the newly appointed Presidential Special Envoy for Future Generations and Culture.

In celebration of Korean contemporary art, BTS presented The Met with Chung Heecho's Rhythm of the Five Color Luster which sees five lacquer vessels coloured based on the five elements of East Asian cosmology. The piece will join the museum's Korean art exhibition.

BTS perform 'Permission To Dance,' share stories of today's youth and their hopes for a brighter future at the 76th UN General Assembly – watch

As part of the presentation, BTS' leader and lead rapper RM also gave a speech about Korean culture and art.

"The eyes of the world are on Korean culture, Korean dramas, Korean film, Korean music but there are still many great Korean artists who are yet to be discovered by the world," he says, as detailed by The Art Newspaper.

Fond of art himself, RM also shared how honoured he and the rest of BTS are to be able to help showcase the works of talented Korean artists on an internationally beloved platform.

"It is very meaningful to see a Korean exhibit in New York, a city that people from all over the world want to come to and a mecca of art. I'm more than happy to be an art lover," he adds.

In the past, the 'Bicycle' act has also donated KRW 100 million to South Korea's National Museum of Modern and Contemporary Art Foundation in celebration of his 26th birthday last year. His donation helped support the printing and publication of rare art books, which was distributed to schools and libraries across the country.