BTS are this year's winners of IFPI's Global Artist of the Year Award.

The International Federation of the Phonographic Industry (IFPI) represents the global recorded music industry. The award is given to the artist with the best worldwide performance across all musical formats throughout the year – digital streams, vinyl, CDs, cassettes, etc.

“BTS are a global phenomenon. They have had another outstanding year, releasing three albums, and continually finding creative and engaging ways to share their story with the world," Frances Moore, IFPI's Chief Executive shared. "They truly show the power that music has to bring joy and happiness to people the world over. 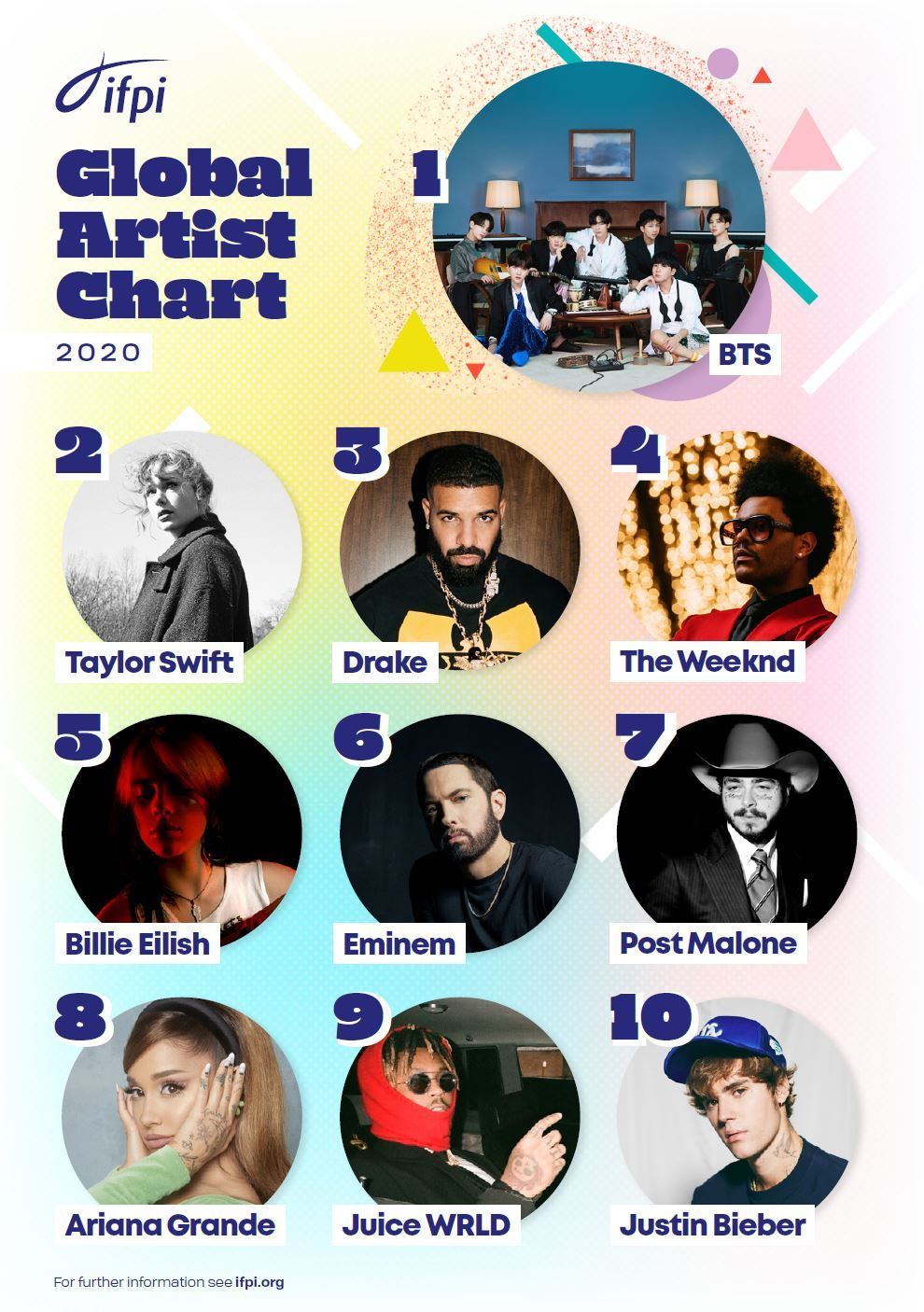 The feat makes BTS the first Korean act to win the award, after coming in second in 2018 and seventh in 2019.