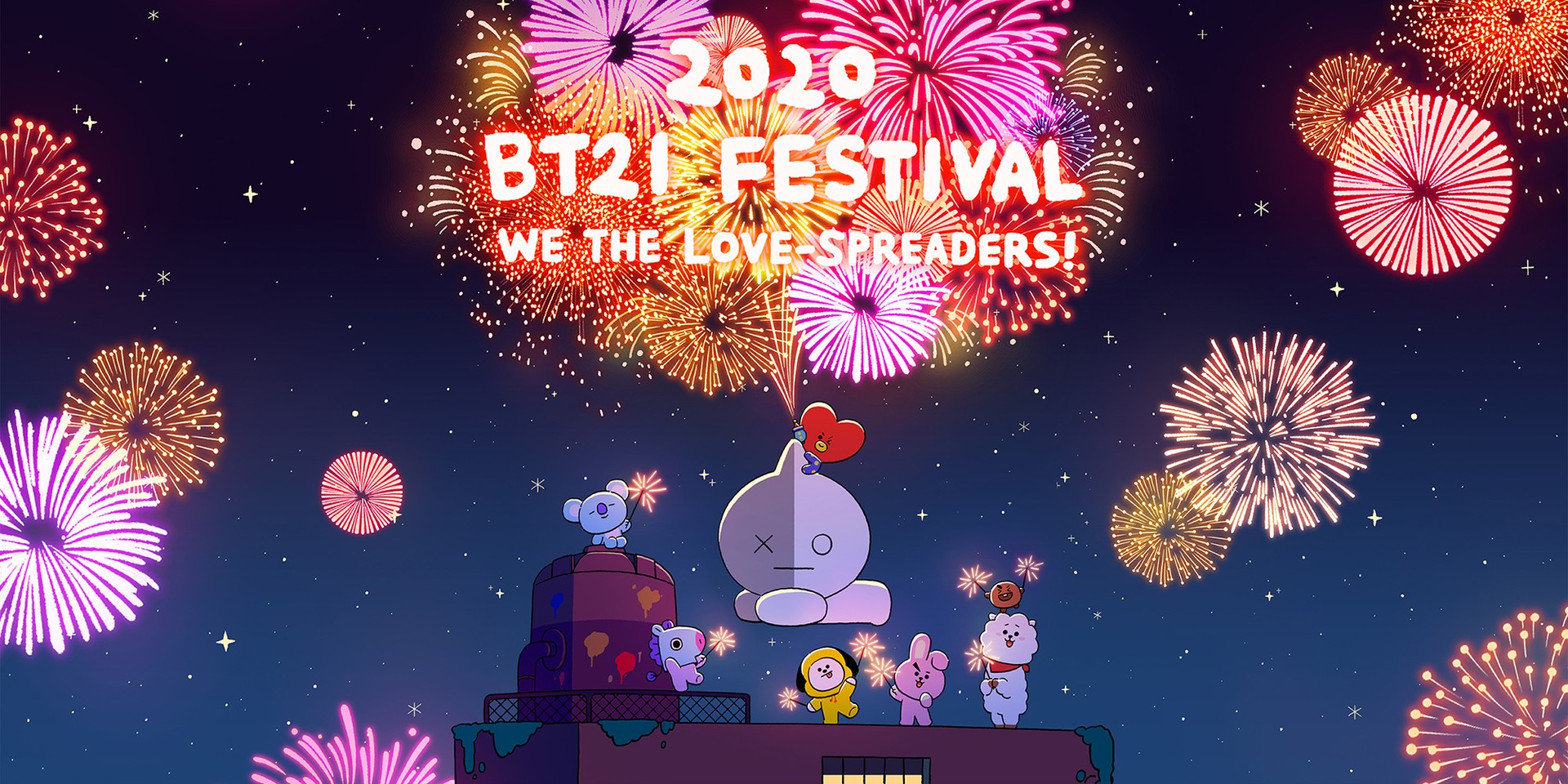 LINE FRIENDS are hosting a special festival in celebration of BT21’s three-year anniversary.

Titled 2020 BT21 Festival, the event will be held from 7 to 31 December, under the theme of WE THE LOVE-SPREADERS. This signifies the love and hope for BT21 supporters, officially named UNISTARS, who have now crossed the 22 million mark worldwide.

The one and only BT21 and UNISTARS Festival is
kicking off! 🎉

Let's celebrate this month of love. ❤️
Get in!
👉 https://t.co/tkB4JFDhiE#2020BT21FESTIVAL #BT21 #SPREADLOVE pic.twitter.com/aS9F5fHffd

Multiple activities will be rolled out virtually and physically to celebrate the 2020 BT21 Festival. The main event is the UNISTARS LOVE WALL, wherein UNISTARS can leave messages of love and hope on BT21’s Twitter  “love wall”, before being collected and compiled for a video to be posted on BT21’s social media channels on 31 December.

Let's gather, #UNISTARS!
and spread love to this world!

With your messages, we're going to make the world's longest ever
UNISTARS LOVE WALL!

Fans can also have a chance to get their hands on missed BT21 merchandise with a special engagement programme held on BT21 social media channels, which will bring back the three most popular products posted with the hashtag #UNISTARS_WISHLIST. The merchandise will be released in mid-2021.

BTS' Map of the Soul pop-up is now open in Singapore, here's what fans have to say

Following that, the fourth episode of BT21 ORIGINAL STORY will be unveiled on 21 December; while at the LINE FRIENDS store at New York Times Square, a special video will also be shown on the digital signage for the occasion.

Originally starting out with BROWN & FRIENDS, LINE FRIENDS gained popularity from creating stickers for LINE, with BTS being the first artists to create characters for the new series. Consisting of Koya, RJ, Shooky, Mang, Chimmy, Tata, Cooky, and Van, the featured characters have since been part of a diverse range of content for fans, including merchandise and animations such as BT21 UNIVERSE, which has garnered millions of views on YouTube.

In late September, it was revealed that ITZY and TREASURE will be the next artists to launch their own character sets on LINE. Official release dates for the new sticker sets will be announced soon.