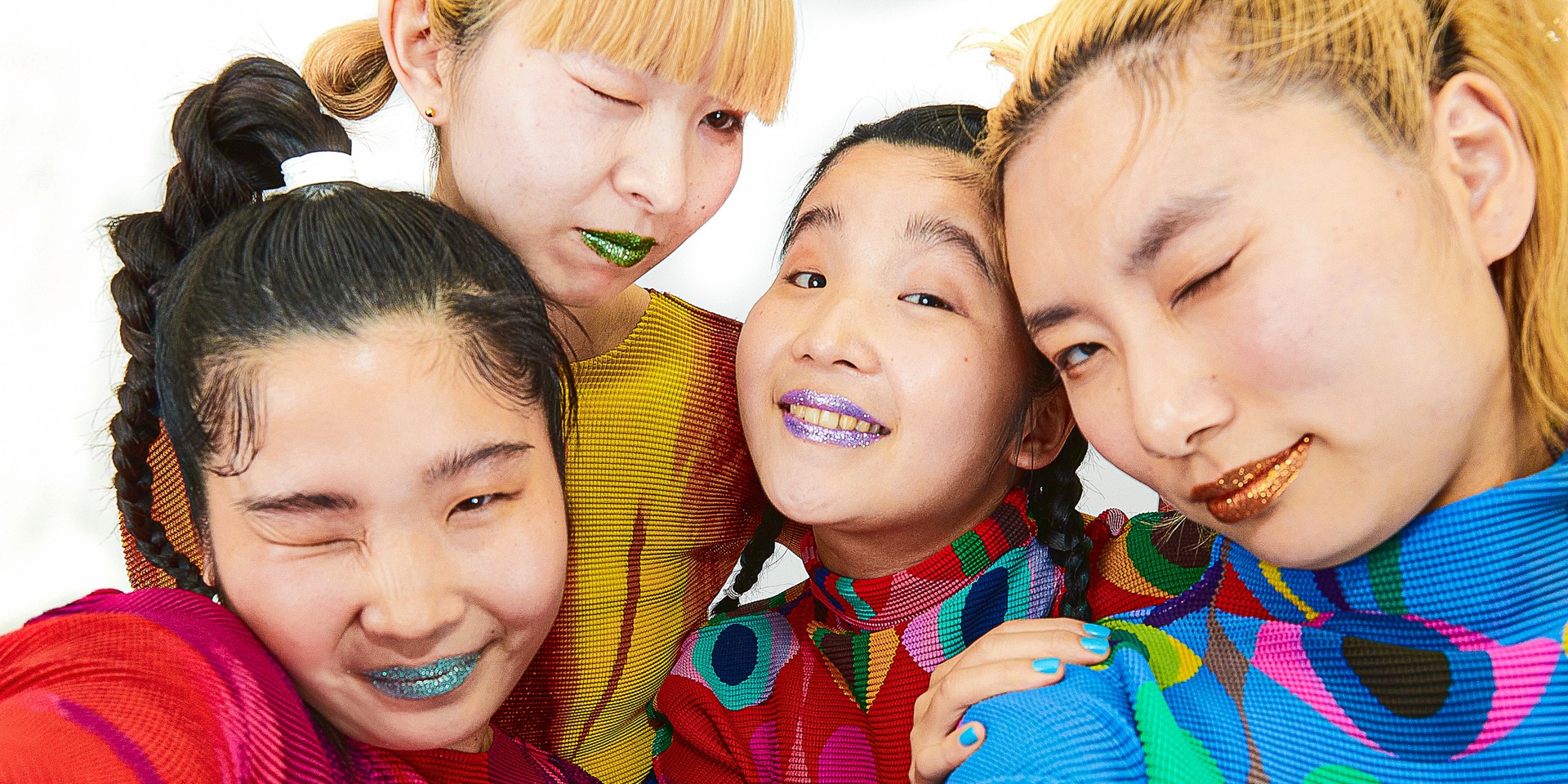 CHAI are no strangers to defying convention. From their unapologetic declarations of 'neo-kawaii'—that everyone and anyone can be kawaii—to carving their own paths internationally, the Japanese quartet have been hailed as trailblazers since their formation in 2012. 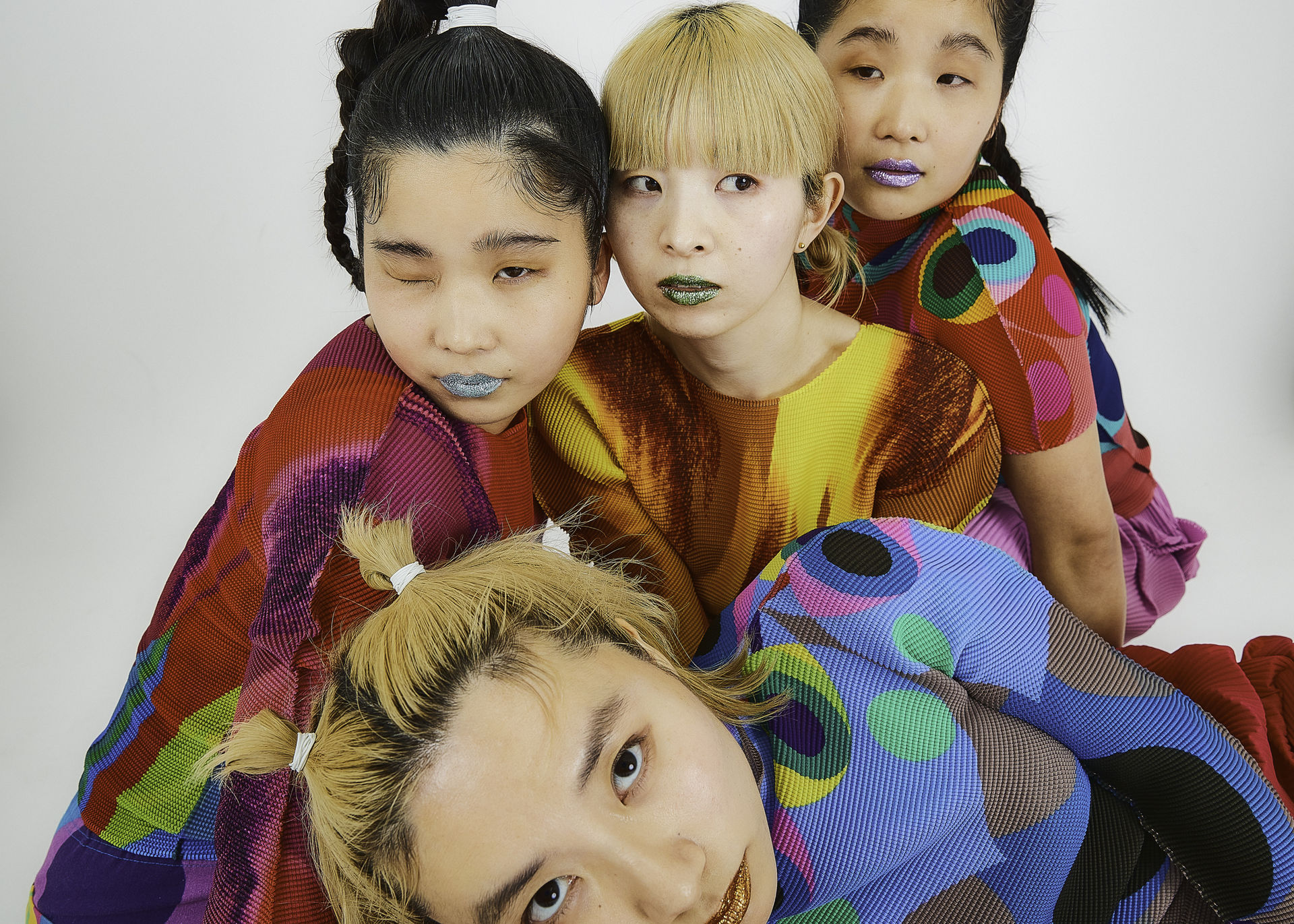 On their newest LP, the band continues to redefine the contours of their music. Switching out the garage punk influences of their previous records, CHAI pivot towards mellower soundscapes on WINK, which can be taken as an artistic evolution of sorts. From the sprinkle of chiptune on YMCK-assisted 'PING PONG!' to the hypnotic, Yaeji-esque house beats in 'Nobody Knows We Are Fun', the fluid record promises new shades of pink—a colour that the band has embraced since their debut.

Despite the sonic shifts in WINK, it remains committed to the band's ethos of 'neo-kawaii', where only you get to define how you want to be seen by the world. The album offers the intimacy of a close friendship, while also delivering the anthemic qualities of radical self-love that CHAI have always espoused. For an album that was produced under pandemic conditions, perhaps the narratives of self-care that are scattered throughout WINK are exactly what we need to hear right now.

"I want WINK to be my best friend and your best friend. I want music to be something that's always by your side and something you can always listen to," shares Mana. "I totally understood what I wanted to create and where I wanted to go because of the state of the world that we're in now. Music turned out to be a special art form and also my friend."

In an interview with Bandwagon, we caught up with the band to find out more about their artistic journeys, and the process of creating WINK.

Hi, CHAI! Let's start off with an ice-breaker: what's one new obsession you've picked up recently?

Mana: Kids' clothing brands and the colour pink, sewing, drawing my eyebrows and watching anime! Finding vintage LOVERS HOUSE (a Harajuku-based fashion brand) clothing that I love and buy a lot! I'm particular about thrift shopping for children's clothing in size 150cm, which is perfect for my body.

Kana: My obsession is anime and yoga! I'm watching a lot of anime on Netflix, and recently I'm into One Piece, Tokyo Revengers and Bakuten!!. I learn so much through anime. It talks about social and environmental issues, and I find it really moving. Yoga teaches me about my body, and I learn so much about myself through the practice.

Yuuki: Pottery! It can get physically tiring because I'm working with clay, but that's also what makes it so fascinating.

Yuna: It's not something I picked up recently per se but I love to cook! I buy vegetables directly from farmers or through food waste apps to reduce waste as much as possible for a better global environment. I also make cooking videos and upload them to TikTok and Instagram. I've just been posting a lot on social media in general, and I'm also into handcrafting beaded bags.

Did you learn anything new about yourselves while working on WINK?

Kana: There were so many firsts from start to finish during production, and I learnt so much. With the world affected by COVID-19, I couldn't physically see anyone, so production was done at home. I started working with GarageBand, which had been on my phone, but I never used it before. From there, I got in touch with our producer Takahashi Ryu, and then we created arrangements with various producers overseas. The process was very new and fresh—it was so much fun.

Yuna: To come up with the beats, I used GarageBand for the first time to programme the drums. I also played around with the [Akai] MPC. The nuances in sound couldn't be created physically, but they were made possible through programming. It was really fascinating and such a learning experience for me.

What were some of your biggest inspirations for the new album?

Mana: Probably self-love! I genuinely focused on myself, and I discovered so many things I love about myself. There's belittling parts and things that I want to erase from myself, but in the end the negatives are what keeps me going when I make music. Overall, I really love myself for that. Turning your negative energy into music—that's what makes you sing and scream together, and later on you laugh about it. That's what's great about music.

Kana: Probably nostalgia. I've always liked these kinds of songs, but never made any myself. Sentimentality and warmth are really important factors to me. I like things that are fun and relaxing too. With these in mind, I took inspiration from nostalgic types of songs.

Yuuki: For me, it would be every part of our lives under the COVID-19, and the relationship with the people I met during our overseas tour before the pandemic.

Yuna: From a drummer's perspective, I took inspiration from the sounds that I found online. Because I was going to programme drums for the first time, I was looking for things that sounded like raw drums and programmed drums at the same time. When it came to raw drumming, Bruno Mars was also an inspiration.

The new record seems to dial down on the punk-infused urgency of your earlier albums, instead opting for mellower tones that draw from electronic music and R&B. Was this driven by the desire to showcase 'neo-kawaii' in a different light?

Mana: 'Neo-kawaii' has various meanings and intentions, and rather than showing it through sound, it's more about expressing it in lyrics or aesthetics. Beyond music, our stage mannerisms and philosophy also play a large role. WINK took on a lot of challenges this time, and by working with multiple producers, it opened up many possibilities for CHAI and our music. I was able to shape the music I wanted to create according to what I envisioned in my mind.

Yuna: The songs I like and get inspiration from tend to change from time to time, so naturally my output alters accordingly. I think it's great that you can be true to yourself, and CHAI is not afraid of change. We'll always be evolving into a new CHAI.

Take us through your artistic process. What does teamwork look like for the four of you when making music?

Kana: The basic process would be Mana and I creating melodies with a few arrangements, then Yuna makes the beats, and Yuuki writes the lyrics. Arrangements for WINK were a collaborative effort with both overseas and Japanese producers.

Mana: We communicated with Ryu, our overseas producer whom we trust, and made relevant selections out of the many that he introduced us to. We also wrote the songs with Tomura-san from the Japanese team. Obviously, there were many other people who were involved, but we also worked closely with our recording engineer Shu. He's been with us from the beginning since we started CHAI in Japan.

WINK features several collaborations with artists such as YMCK, Mndsgn, and Ric Wilson. You previously also worked with the likes of Hinds, Gorillaz, and JPEGMAFIA, just to name a few. What's it like to work with such a diverse group of musicians?

Yuuki: It was fresh and exciting! Overall, it was such a happy experience. By joining forces with other creatives, they brought to the table things we never had, so it was great.

Kana: To be able to work with Gorillaz, whom we had endlessly spoke of our love for in interviews, was truly a dream come true. Just pure happiness, nothing more and nothing less. For WINK, it was our first time writing so many songs with different people, and that was really fun. We were able to hang loose; in fact, this was our theme in creating the album. Through the perspective of a friend who will always be by your side, we wanted to express a sense of nostalgia, relaxation, and fun.

CHAI formed in 2012, which is close to a decade ago. How has the friendship between the members evolved as the band grew?

Yuna: It's been 7 years since we started pursuing music seriously as CHAI, but we were also friends before that, so it really has been a long time. Throughout the years, we have evolved individually. Regardless, there's always been reassurance, trust, and respect for one another. I'm truly grateful to have them, from the bottom of my heart.

Mana: We're a family. We still fight a lot and argue, make apologies and laugh together, talk about whatever, listen and not listen to one another…so we're much more than friends now. I trust these geniuses!

CHAI have always been global-minded in your approach to music. You've performed at huge festivals such as SXSW and Pitchfork Music Festival. Last October, you signed to the American independent record label Sub Pop. What were some struggles that you faced in going international, and how did you overcome them?

Kana: There's more good times by far, but there have also been many struggles. Touring overseas was physically and mentally draining. We're working on that now, for future purposes. We also realised that a lot of people perceive us as a live band, which meant that the meaning of our music could be lost sometimes. That felt sad and frustrating at times. We realised that in the past, we had approached our music production with live performances in mind. To address that, WINK was definitely created to focus on the music itself.

Yuuki: Going international, the inability to speak English is a struggle. I'm working on that now! Hopefully I'll overcome that.

Yuna: I'm just absolutely happy to be signed with Sub Pop! I'm so grateful to the members and to all the people who continue to support us. We're unable to fly overseas because of the current situation, but I can't wait to tour outside of Japan again! Until then, I hope you guys will listen to WINK and wait for us.

What are some other goals and milestones that you hope to achieve as a band?

Mana: To win a Grammy. To become a top Japanese artist representing Asia. To become a pioneer who makes a difference in what the world sees as beautiful and kawaii. I have confidence that this will happen someday! Music has the power to change, and it has the power to help us embrace things with love.

Yuna: I want CHAI to become a global icon in music and fashion! I want to represent Asia, and I also want to make the world full of love with more music and positivity.

What is one message you'd like listeners to take away from your music?

Mana: Believe in yourself, and love yourself a lot. Even if there are flaws, they are also your charm.

Kana: I want WINK to be everyone's friend. Through the good times, the sad, when you're angry, when you want to relax, when you want to do absolutely nothing, when you can't sleep…that kind of friend will always be by your side. I can't wait to see everyone, so stay healthy and I'm excited for the day we meet again. I love you!

Yuuki: It's okay to be positive. Once you acknowledge that, you will always shine!

Yuna: Stay who you are! This is something I'm still surprised by when I listen to CHAI's music, even as a member of the band myself. I also have my troubles and worries, but in those moments I remind myself: "I am who I am! I need to take care of myself!" I think that's what you can feel when listening to our music. Especially with WINK, it's an album you can relax with. It will always be with you through thick and thin, just like a good friend.