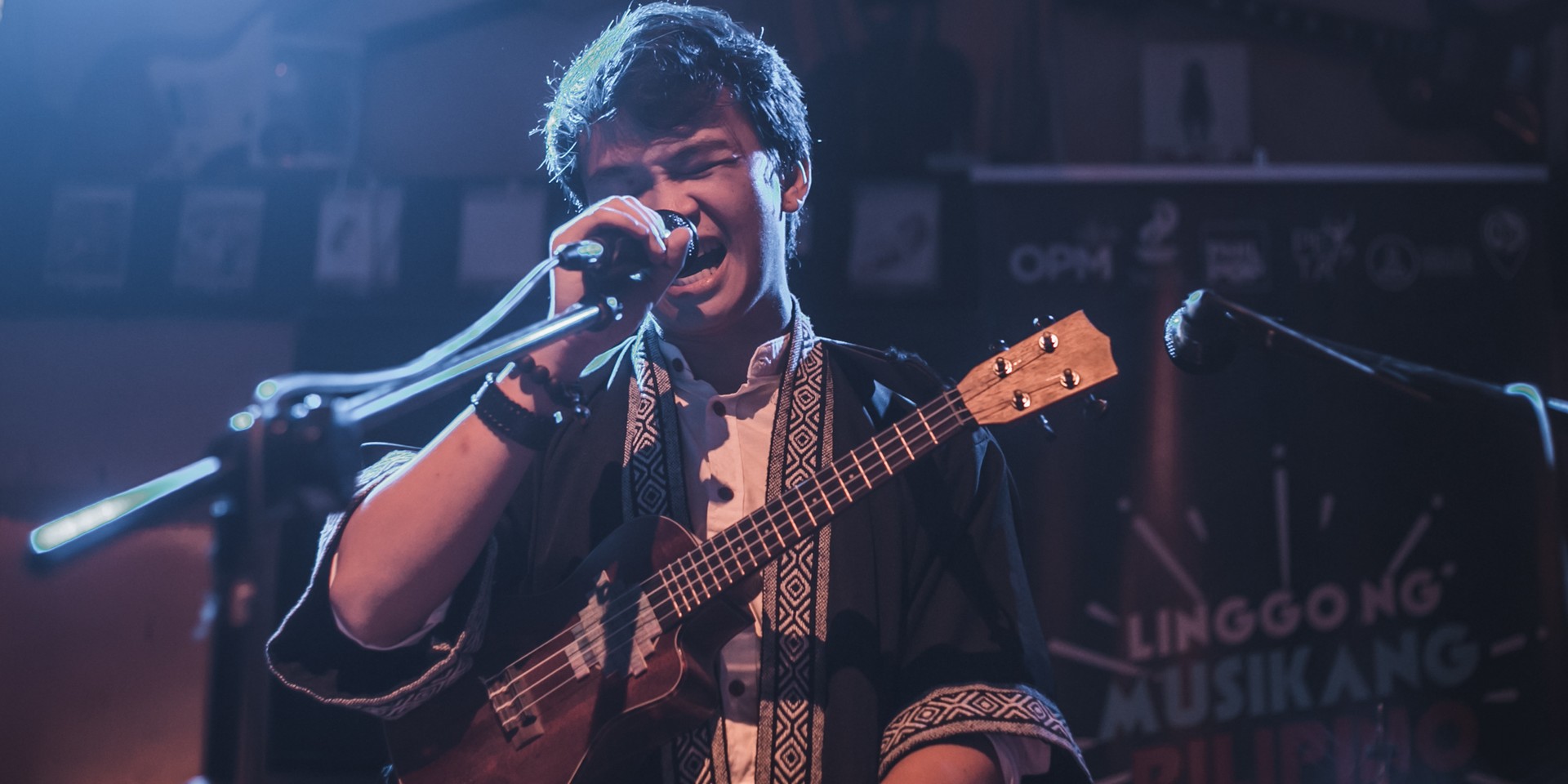 Chud Festejo has released his debut EP Laro-Laro and wants to share stories behind each track.

The Filipino singer-songwriter grew up terrified of singing in front of an audience that he'd "always end up crying while singing," he tells Bandwagon. This all changed when he was invited to sing for a band and carried on to playing at art exhibits and ukulele circles, before joining Elements Music Camp in 2015.

"The process in making the EP was fun with some pressure and adjustments," the PhilPop 2018 Grand Champion says. "It was far from how I started, like just writing the song and then perform it whenever I had the chance (laughs). There was a lot to think about, like deadlines and of course expenses. Two of the songs have already been written so most of the time was in the arrangement, production, and recording."

The 'Nanay Tatay' singer adds that winning PhilPop last year led to him becoming a bootcamp coach this year. "The idea of the whole EP is based on ['Nanay Tatay'] The theme revolves around Filipino traditional games that I connected to social situations and most of them through the perspective of a child."

I wrote this one in 2018 while waiting for the PhilPop competition. I was putting pressure in myself that time worrying if I could write another song that’s better or in the same level as 'Nanay Tatay,' because I thought that was the best one I have written at that time.

It started with that line then naisip ko na ang ganyang simpleng linya din minsan nagagamit to abuse children kaya nabuo ang kwento ng child molestation para sa kantang yun. I did not have enough input for that topic so I really took time to research and read stories of victims and watch documentaries and news on the internet until I felt I could start writing the song.

'Nanay Tatay' was in its draft form, but I had this idea of similarly themed song. Holy week yun which is kind of funny kasi the song is about that grey line between good and bad. Or siguro it just wants to ask you “does the end justify the means?” I was so happy with the word play and syllabication I did for this song pero ito yung pinakanatambak sa baul. I couldn’t imagine any possible arrangement for this song, I think it was so folk like ethnic-ish folk feel but I want something more pop.

Then I asked RJ Manulid to do the arrangement and production, we discussed how I wanted the song to feel like and I told him to do his electro-pop thing and that worked really well with the song. I really love the result. It is the right amount of pop that I wanted. RJ also mentioned he tried something with this song that he had always wanted to do but can’t quite do it right with his song.

Among the songs in the EP, I think this is the one na nahirapan akong isulat.

I had the melody, the concept, the story, I even already know how it should end, but it took me so long to start the actual writing. I found it so tricky because it’s supposed to be in the perspective of a child so there are words I can’t use because a child does not supposed to know it. I need to keep the innocence and describe the problem innocently. When I was done writing I felt so good but I felt even better after the arrangement and production was done.

RJ Manulid did this one too. I specifically asked him to do this one because of the overall working experience I had with him with 'Langit Lupa Impyerno.' I was so satisfied that I needed to have another song produced by him. It’s not as pop as the other song he did for me but it captured how I imagined and felt the song from the process of conceptualizing to the singing the finished song.

The vocal harmonizing was inspired by Unique’s 'Ozone.' It was suggested by a friend to try doing it in one of my songs because she felt it would add to the eerie feel. And I believe it did.