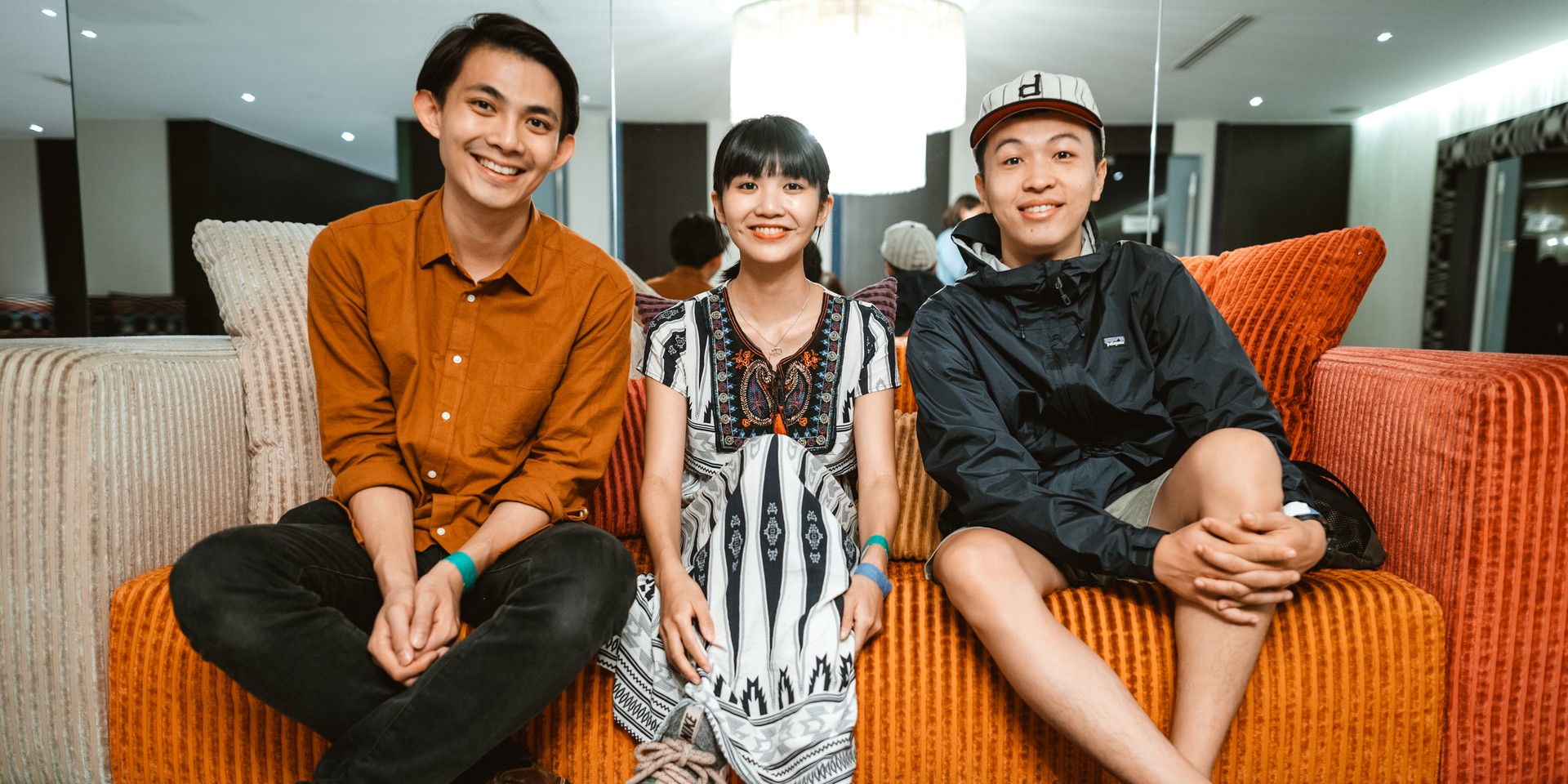 It was way past midnight which, according to the band, was probably the latest time they have ever had to perform. KT Chang (bass, vocals), Tell Chang (guitars, keys) and Chia-Chin Tu (drums) went onstage and straight into the welcoming claps and cheers of their Filipino audience. 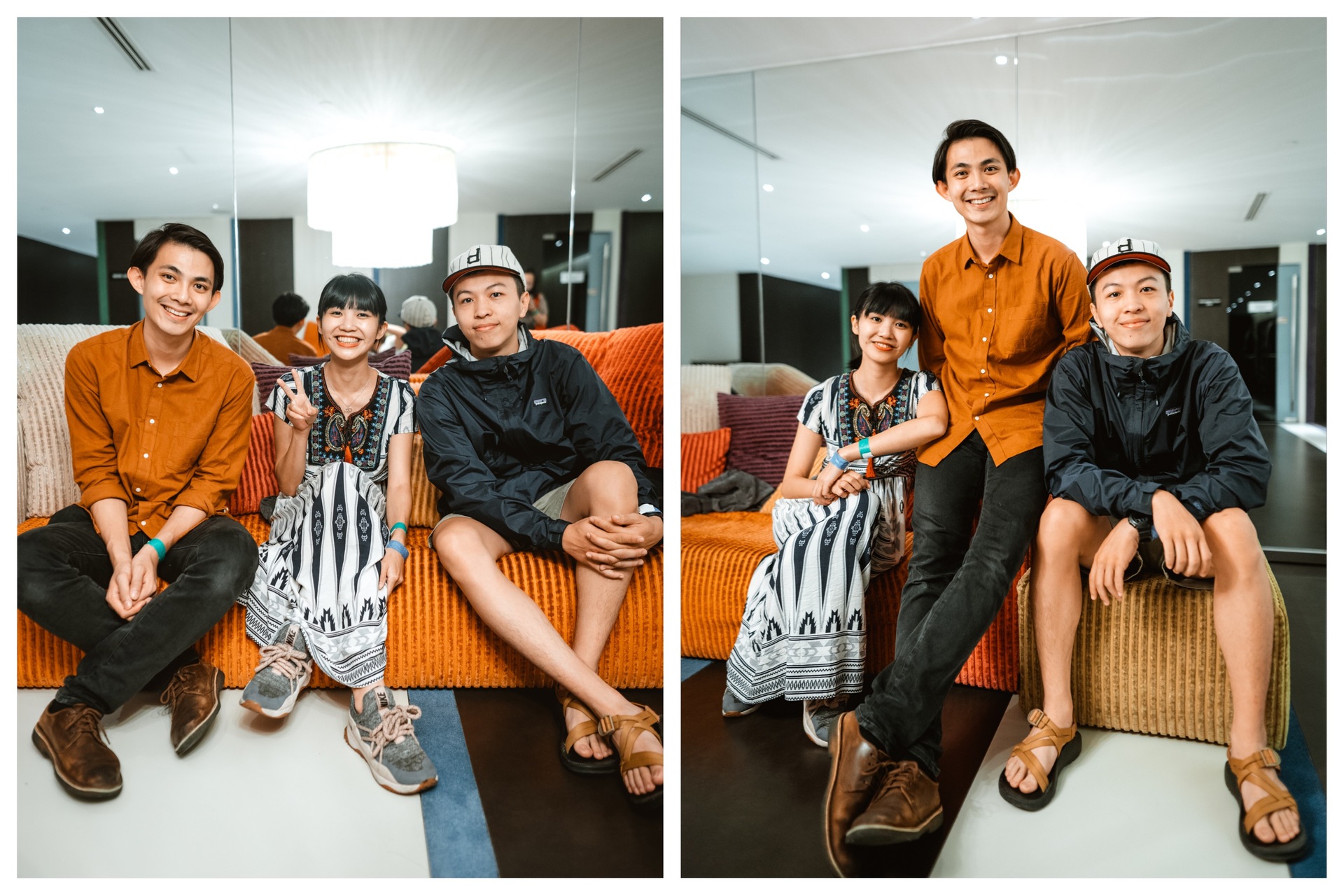 The audience is so loud, so we are very happy.” - KT Chang

Energy was felt from the first note played, and the intensity continuously and relentlessly soared from there. As Elephant Gym concluded their set, jaws dropped, spirits soared, hearts felt warm and ears were buzzing with the beautiful music they’ve just heard — the perfect way to end the first day of a sought-after mini-festival.

The audience in Manila really treat[ed] us with so much passion.” - Chia-Chin Tu

Truly, the bass-led, jazz-influenced math rock trio deserves to be lauded and more, and the whole world knows. Their uncommon approach on making music has gained much popularity, leading to a sizable following from different parts of the globe. Coupled with their powerful performances live and their out-of-this-world lyric videos, each fan is sure to be eager to listen to them live as they tour their sophomore album Underwater.

But what most do not know is that Elephant Gym has this knack for exploration not just with the way they create music but as well as with the way they discover things about places they visit. We at Bandwagon had the chance to talk to them about their first time to set foot in our busy city:

Taking breaks while on tour 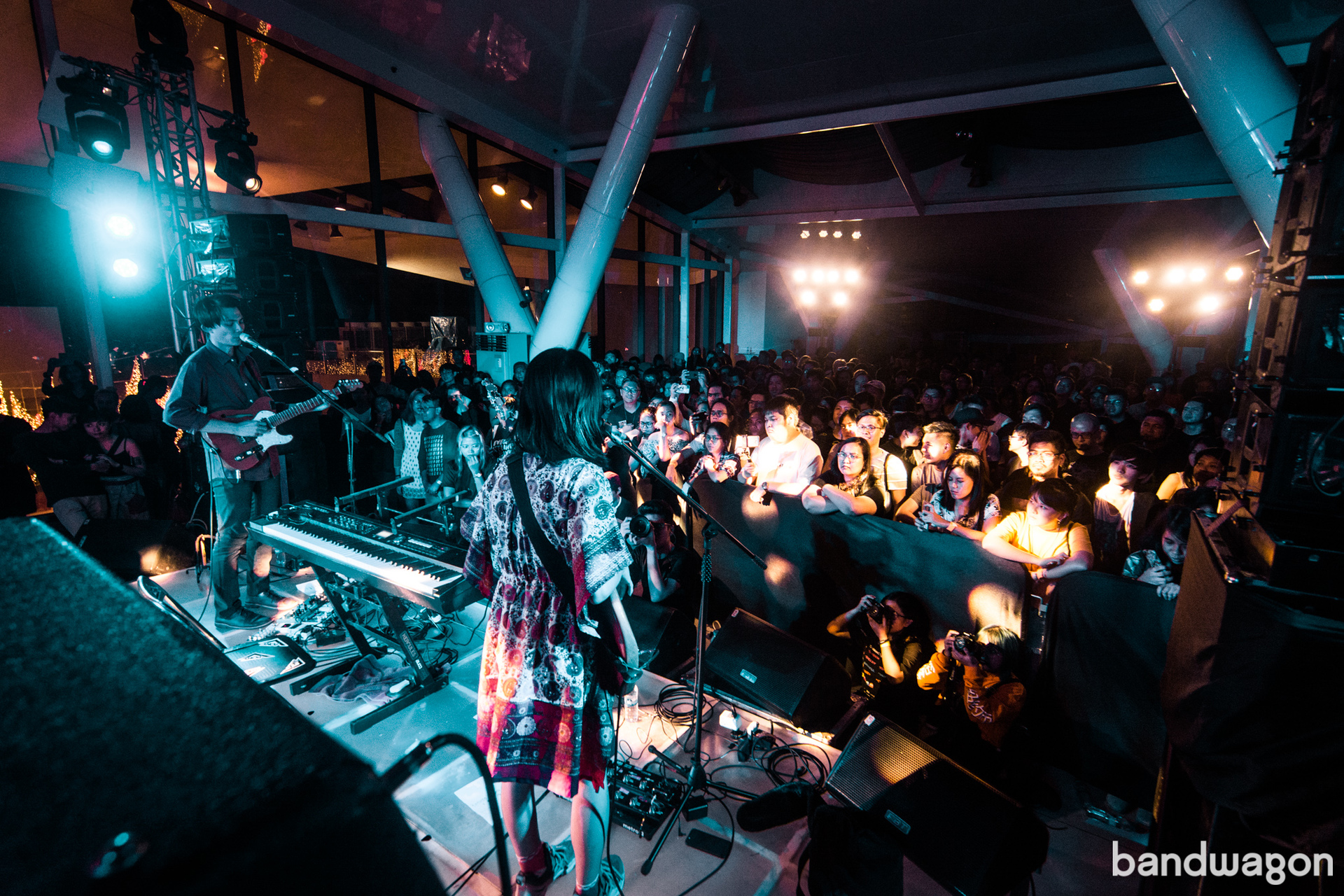 You guys have been on tour, but with a lot of breaks in between? Why is that so?

KT Chang: This time, we played a song called ‘Half’. It is in our new album and this is our first time to play this song.

Awww, we feel so special. We all saw you perform last night.

KT Chang: When we were playing that song, I was so nervous. (laughs)

Tell Chang: Because it was the first time.

Playing at All of the Noise

I’m impressed that people take their cellphones [up in the air] and have my name. It never happen[s] in Taiwan.” - KT Chang

What can you say about your experience playing at All of the Noise?

KT Chang: Me and my brother (gestures to Tell) [told] our Auntie [to] come yesterday. At the end of the show, we brought her on the stage and took a picture. I think it’s very nice. 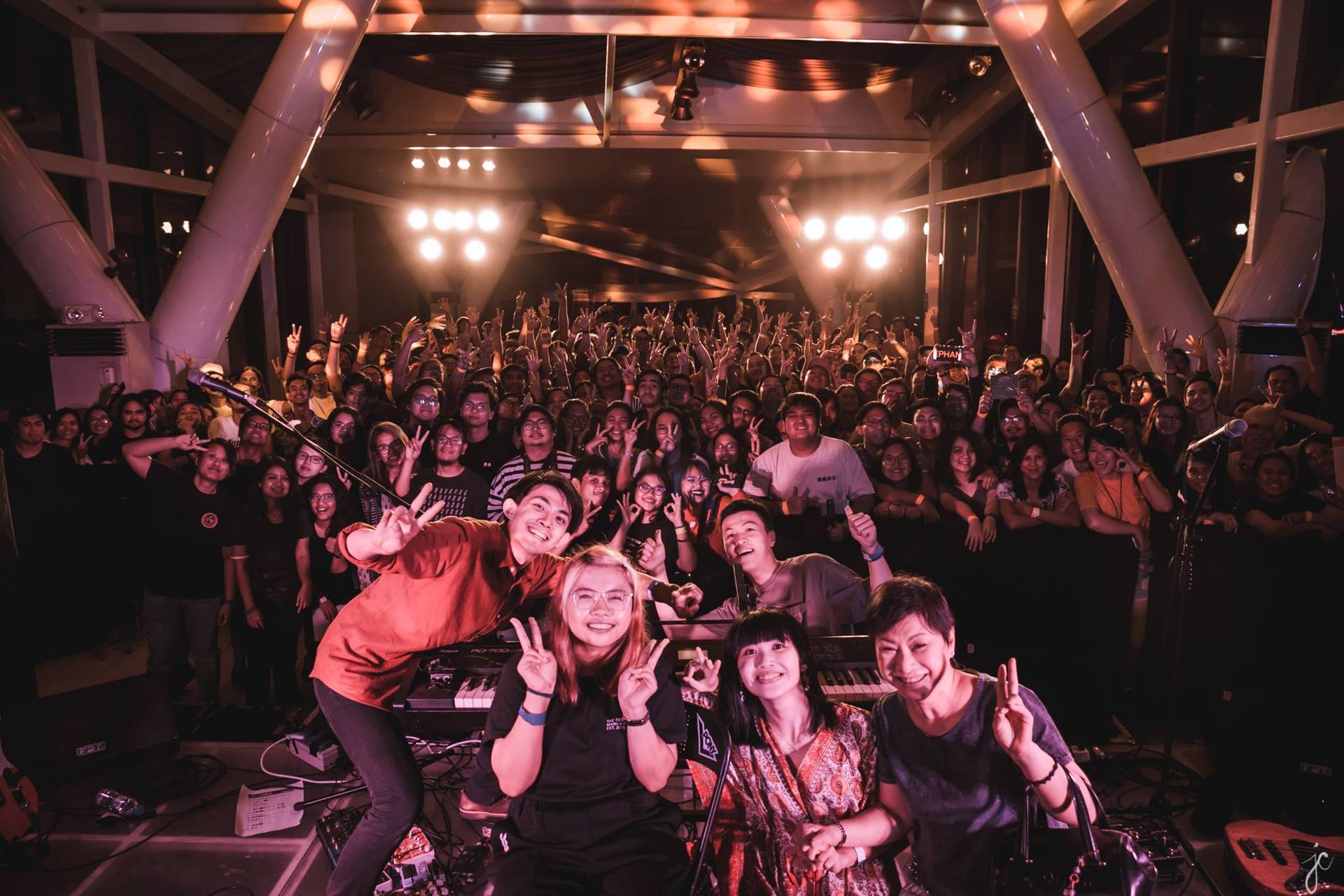 Tell Chang: And we’ve been looking forward to seeing tide/edit, we’ve known them for a long time through YouTube. So we’re happy to play with them together and see them perform.

Chia-Chin Tu: Of course, it’s our first time to visit Manila, so everything is special. 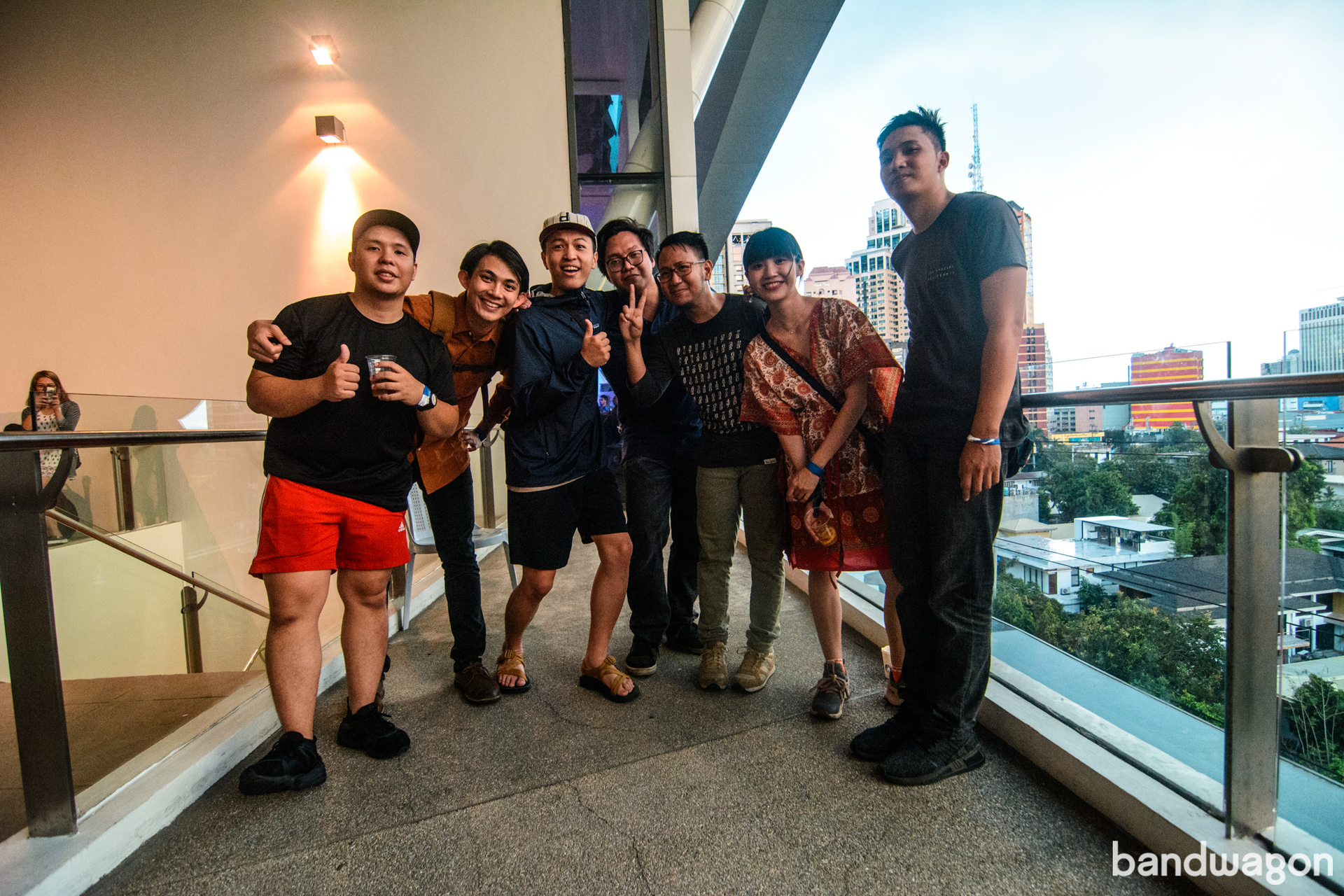 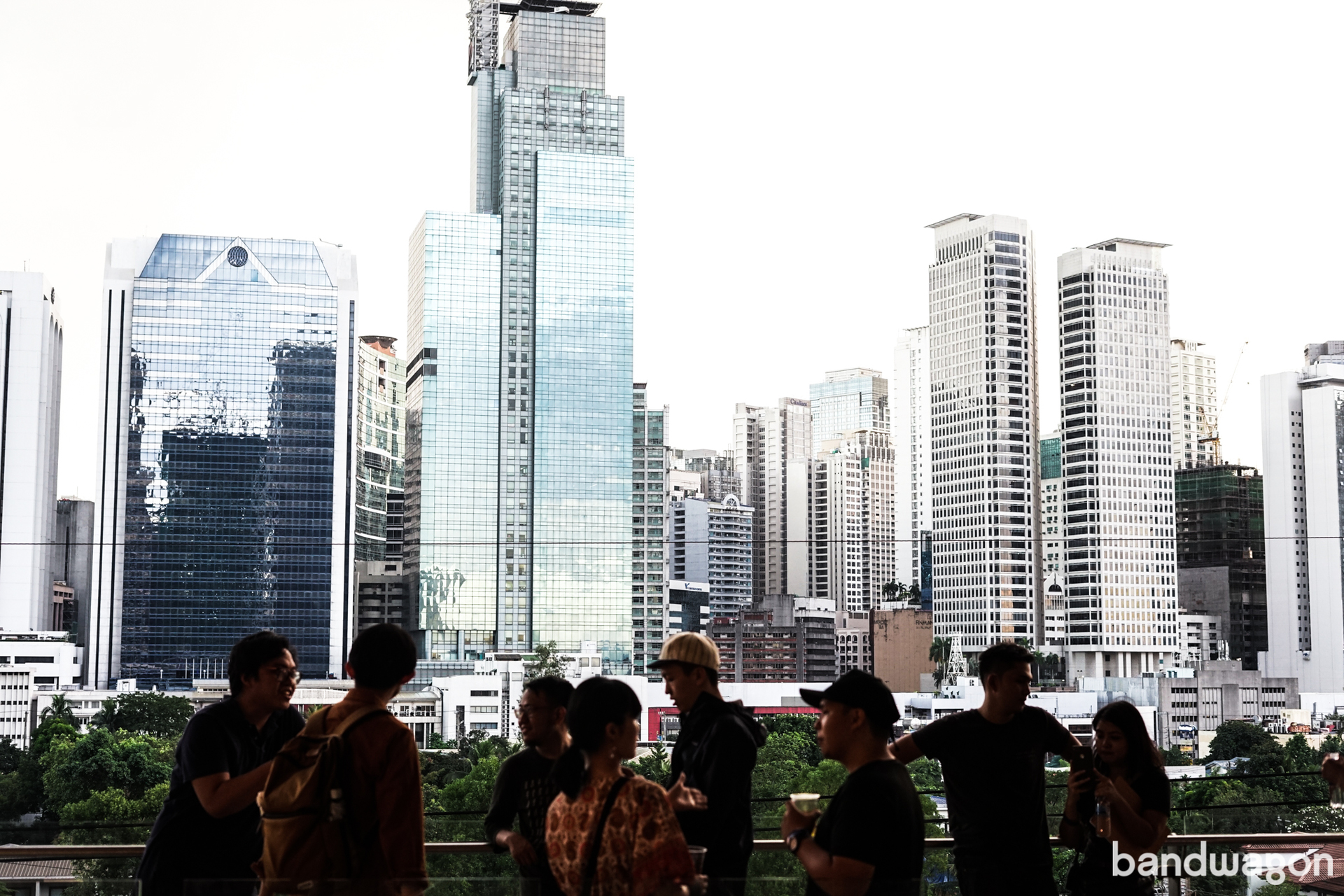 Were you guys surprised with how the audience responded to your performance?

Tell Chang: I found out that the audience would try to sing our melody, but not the vocals. I’d like them to do that, [but] they seem to be shy. And when I saw Tom’s Story, they sing out loud! That’s very cool.

You spoke about your yaya onstage last night.

KT Chang: Her name is Flora!

Tell Chang: When we were child[ren], we didn't know anything. But when we grew up, we started to dig into the math rock scene and post-rock scene, and then we [knew].

KT Chang: We know there’s a lot of good post-rock bands in the Philippines. 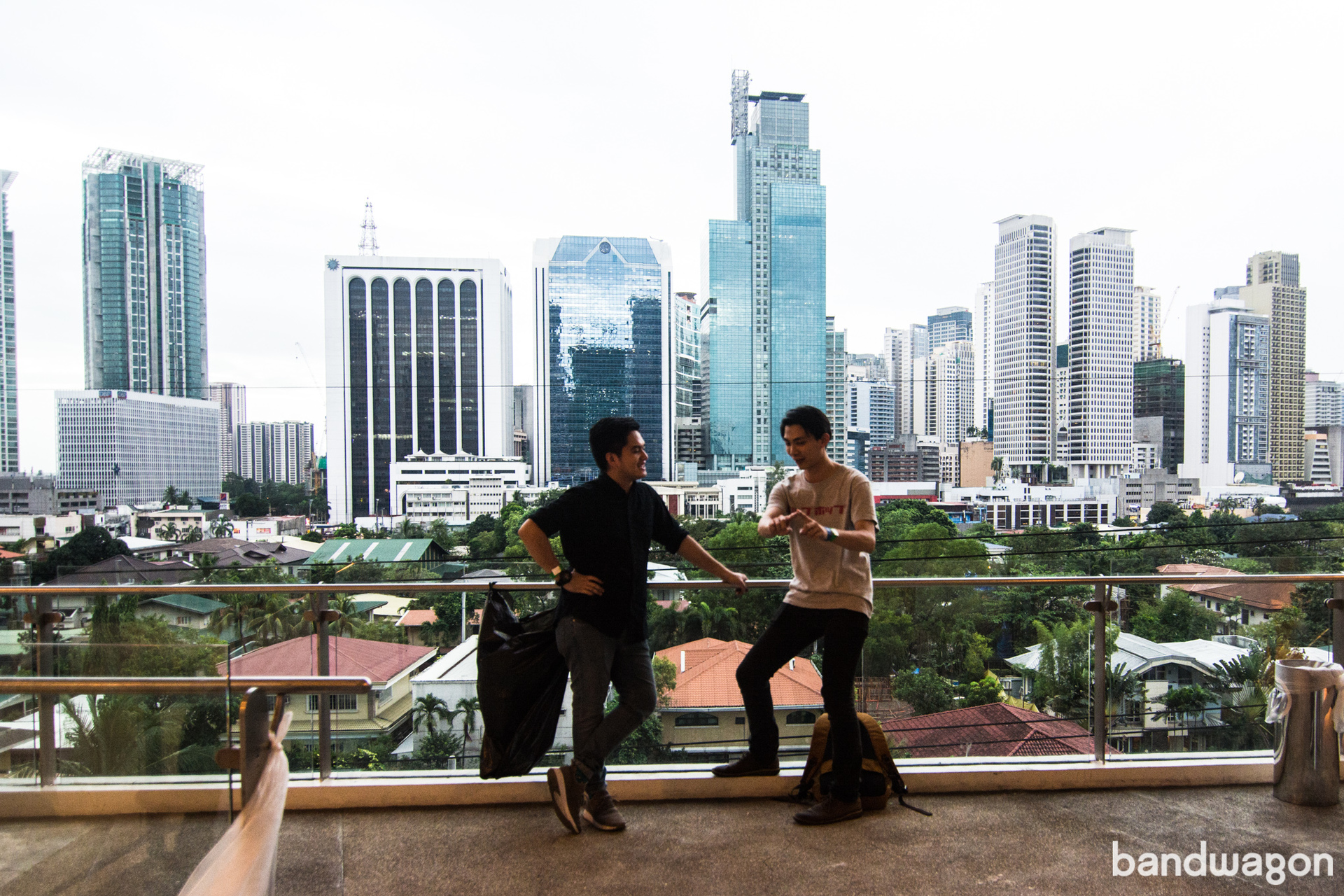 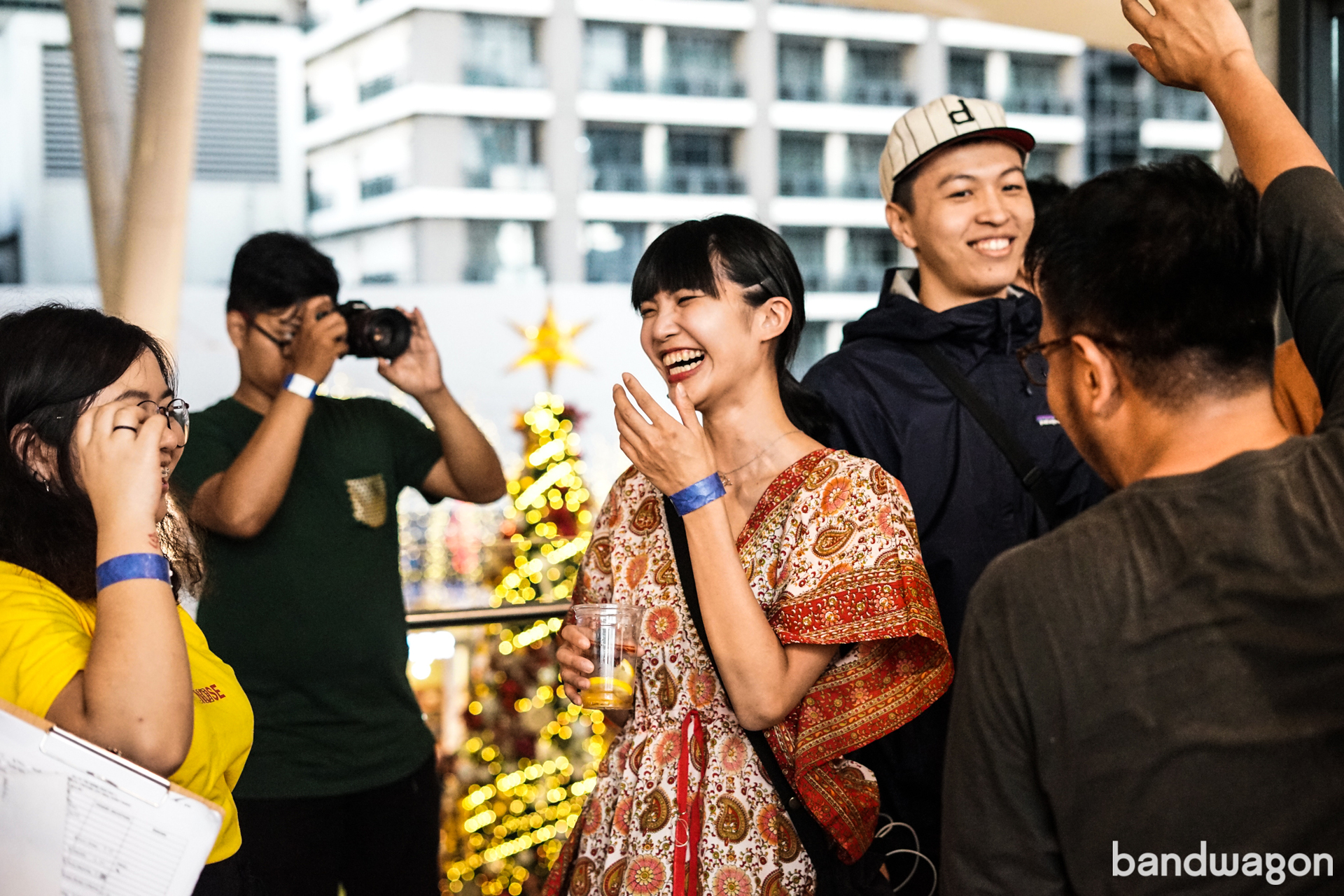 We saw people swimming in the river. It’s so cute!” - KT Chang

You were able to go around [the city] today right? Where did you guys go?

KT Chang: We just [got] back from the show.

Tell Chang: We walked around this area, Makati City.

KT Chang: Under the bridge.

Tell Chang: It [was] a very long walk.

KT Chang: Yes! But the walk back here was a little dangerous. It’s hard without the traffic lights.

Tell Chang: Yeah, why [are] there no traffic lights?

Um, there are really places here without traffic lights, and pedestrian lanes.

Tell Chang: So you don’t go there?

You were very brave to go there.

KT Chang: I have a question, what is your favourite Filipino food? [Because] yesterday, we tried something. (turning to Tell and Tu) Do you remember the name? What we ordered yesterday. It had some shrimp and the noodle was soup … but it was not delicious. 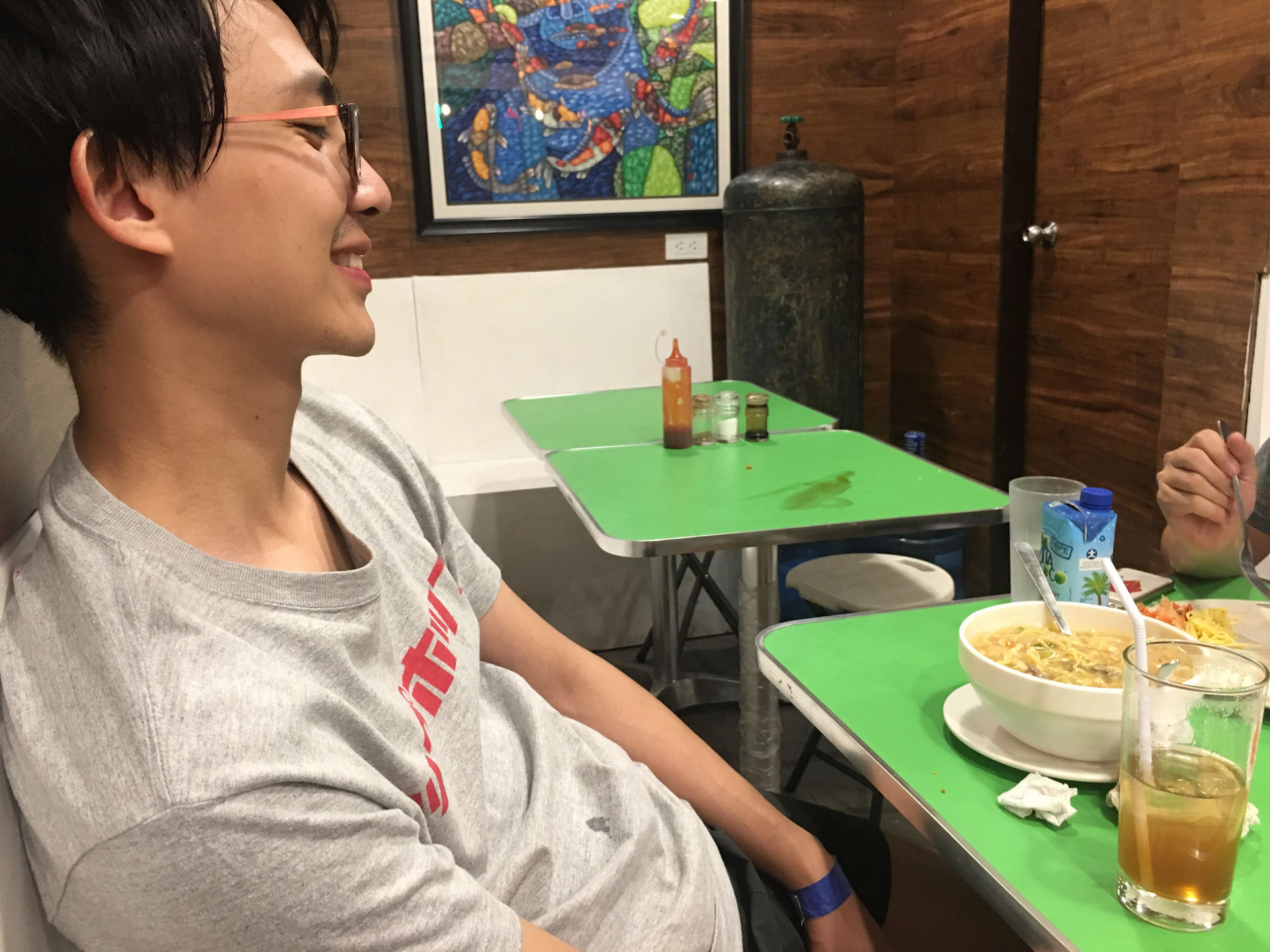 Where did you eat lomi?

Tell Chang: We always do this in other countries.

KT Chang: With our Auntie in the mall. The sauce is made with peanut?

You have such a unique experience! You went out on your own!

KT Chang: I can send you the picture [of] when we [ate] the not so delicious food… 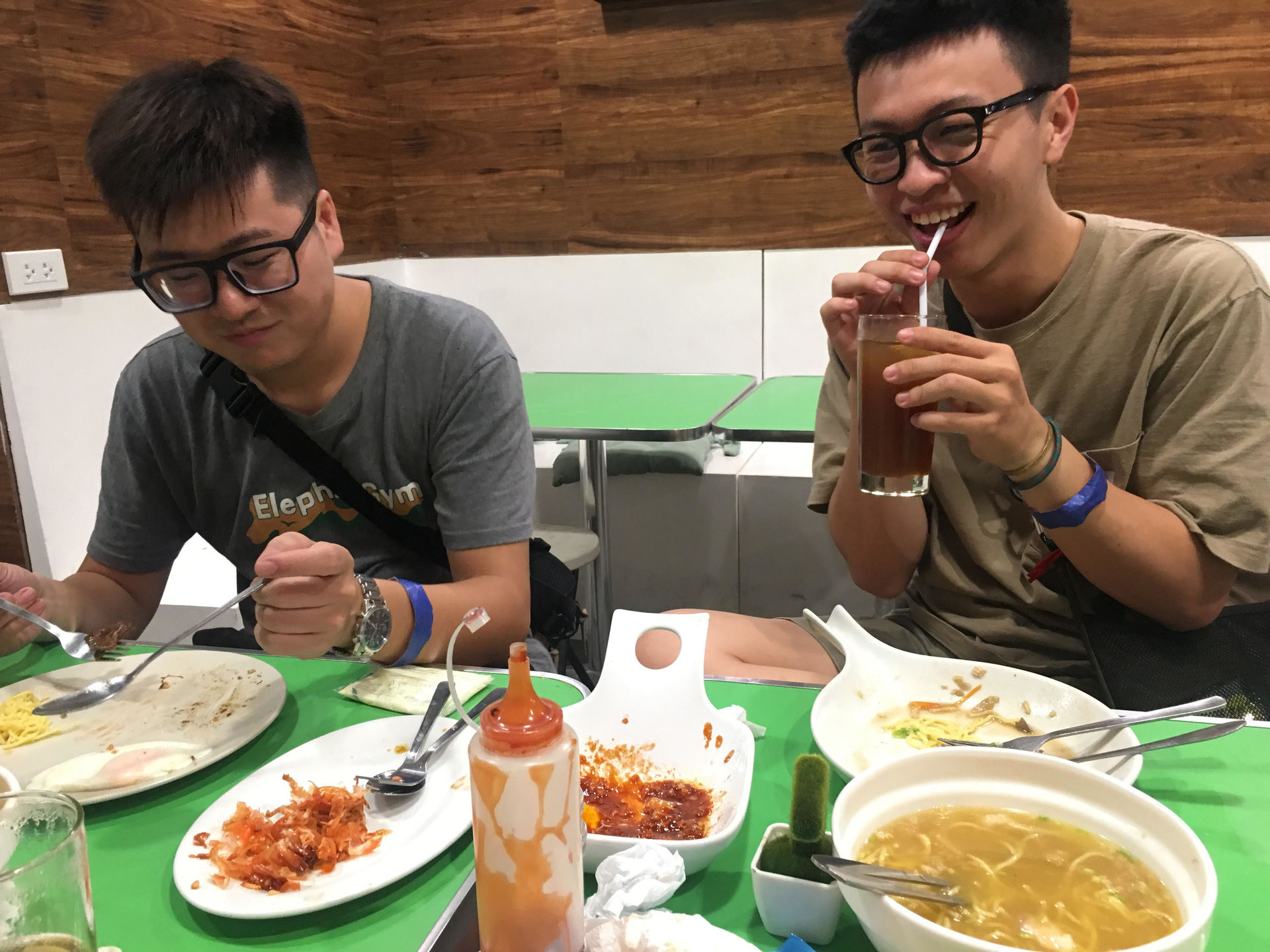 Going back to Manila

You’re going to Singapore and Malaysia in January. How come you're not heading back to Manila?

Tell Chang: Too soon! Too soon!

KT Chang: We want to do a one-man show here. Maybe later next year.

Check out more photos from their Manila experience below: 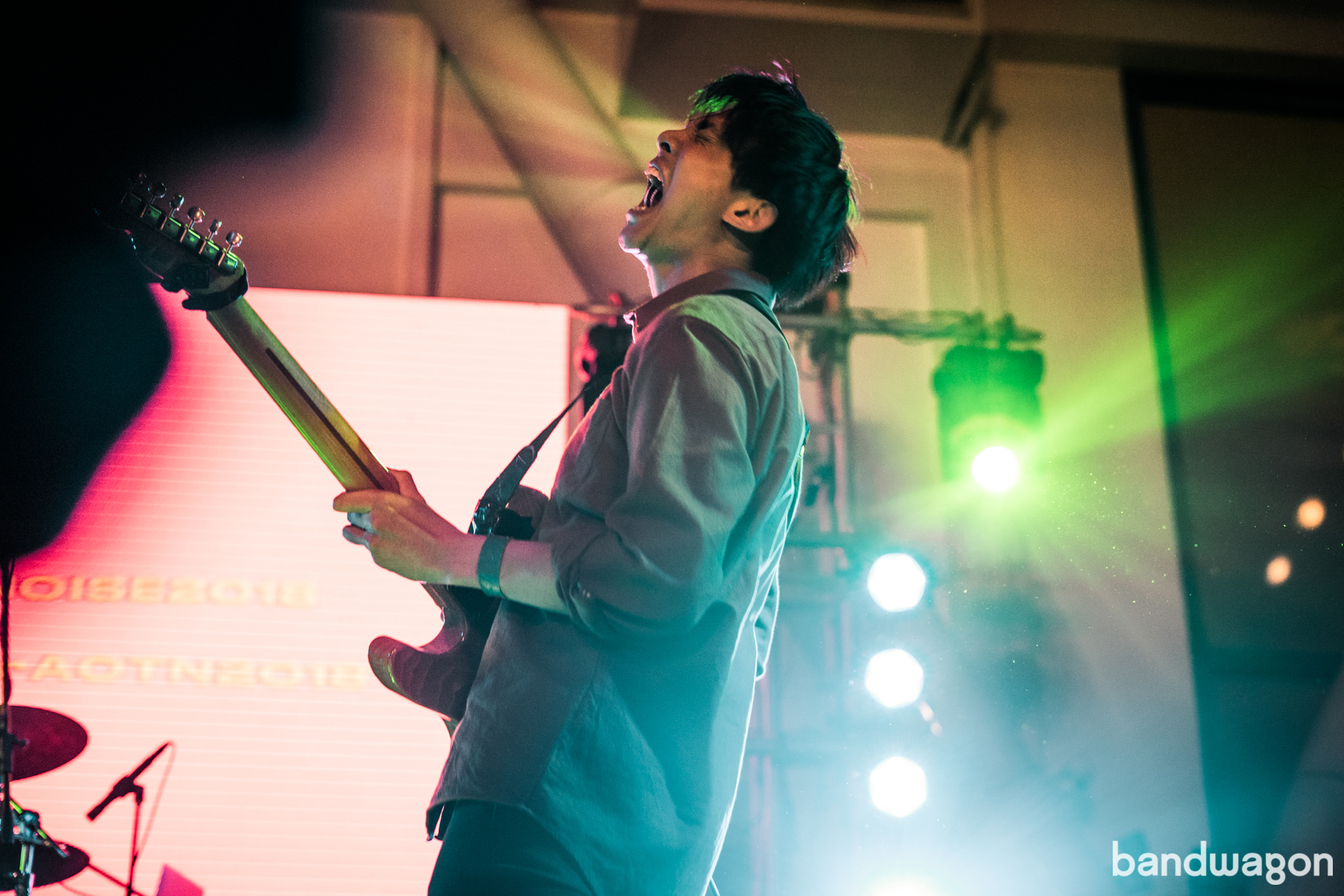 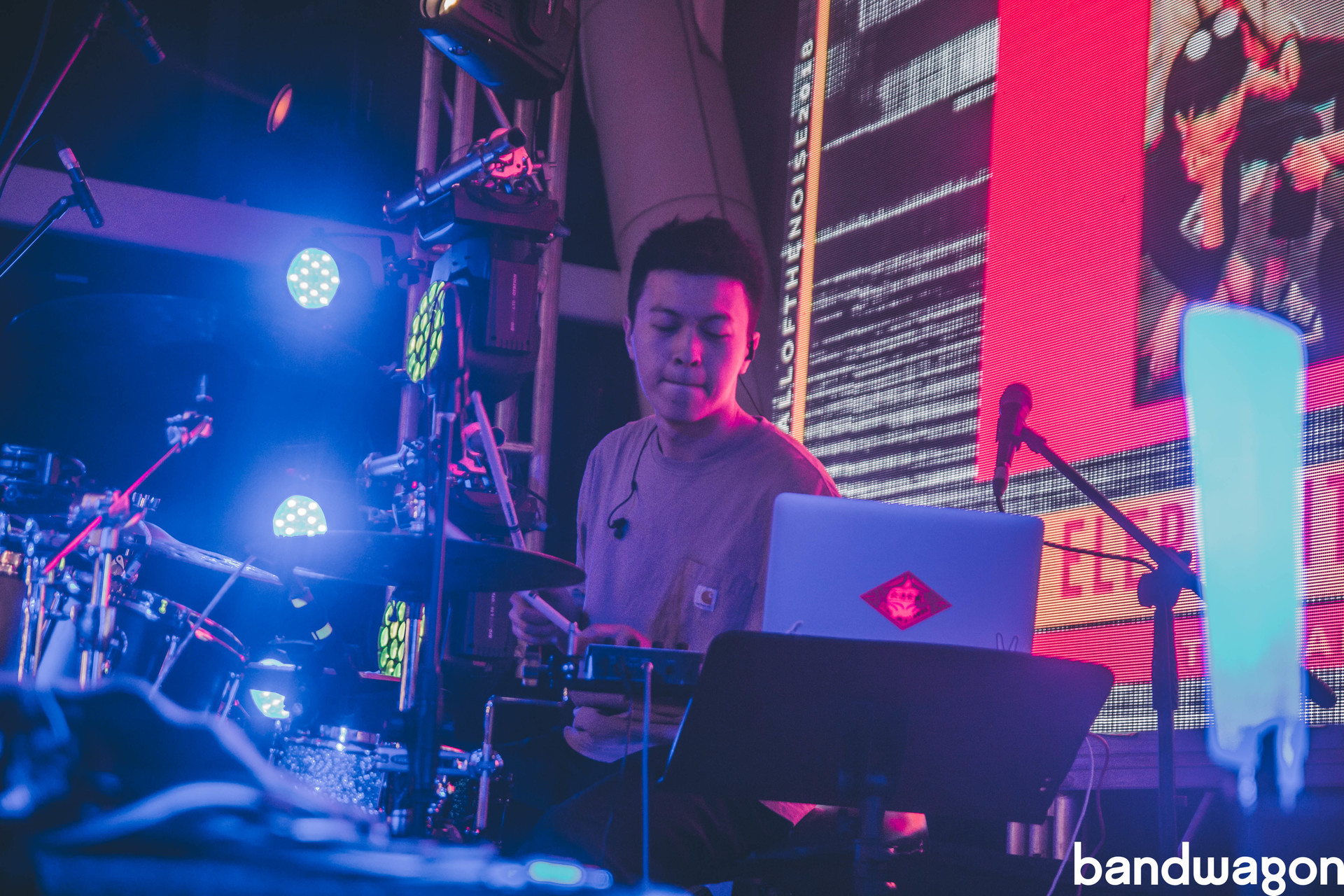 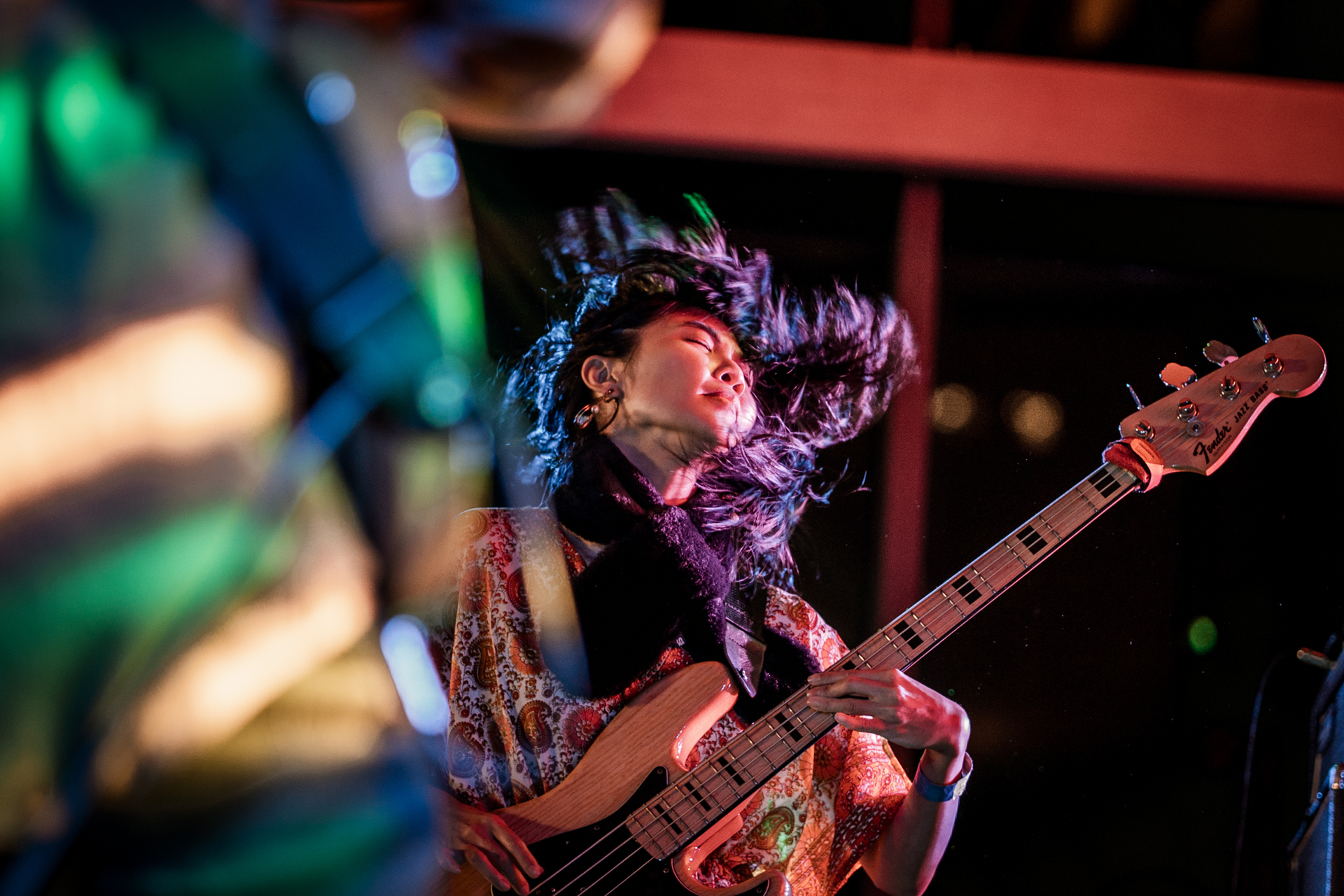 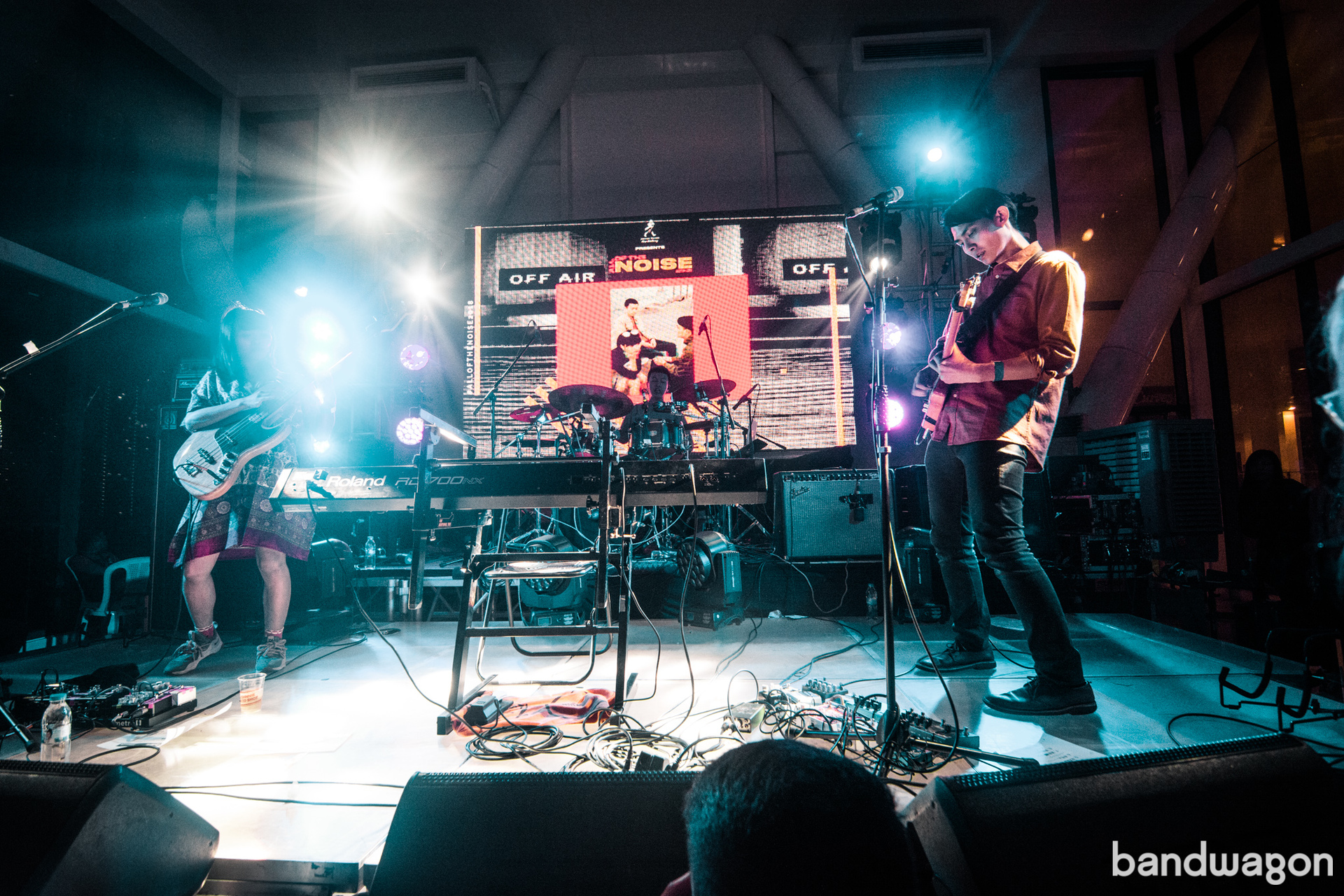 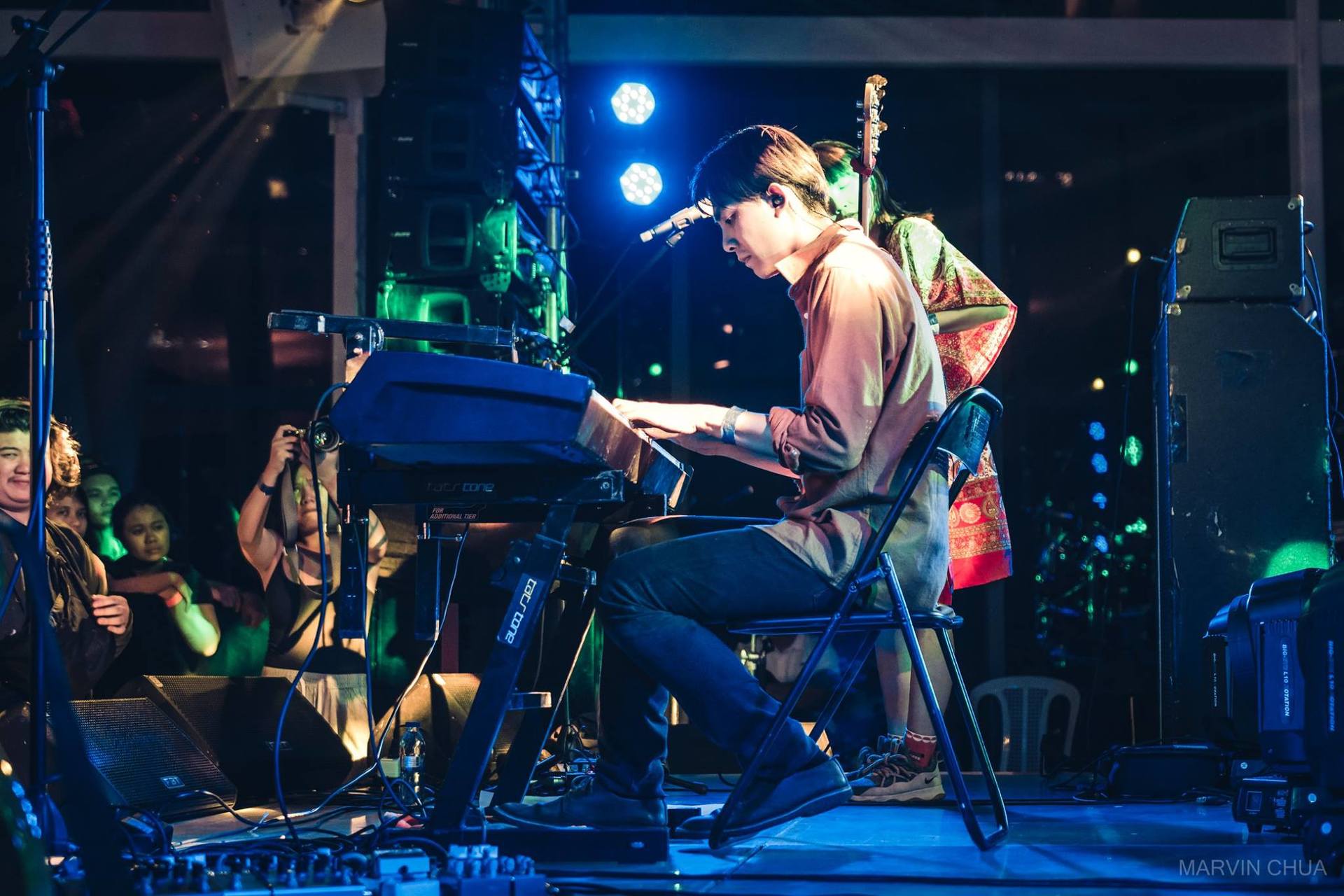 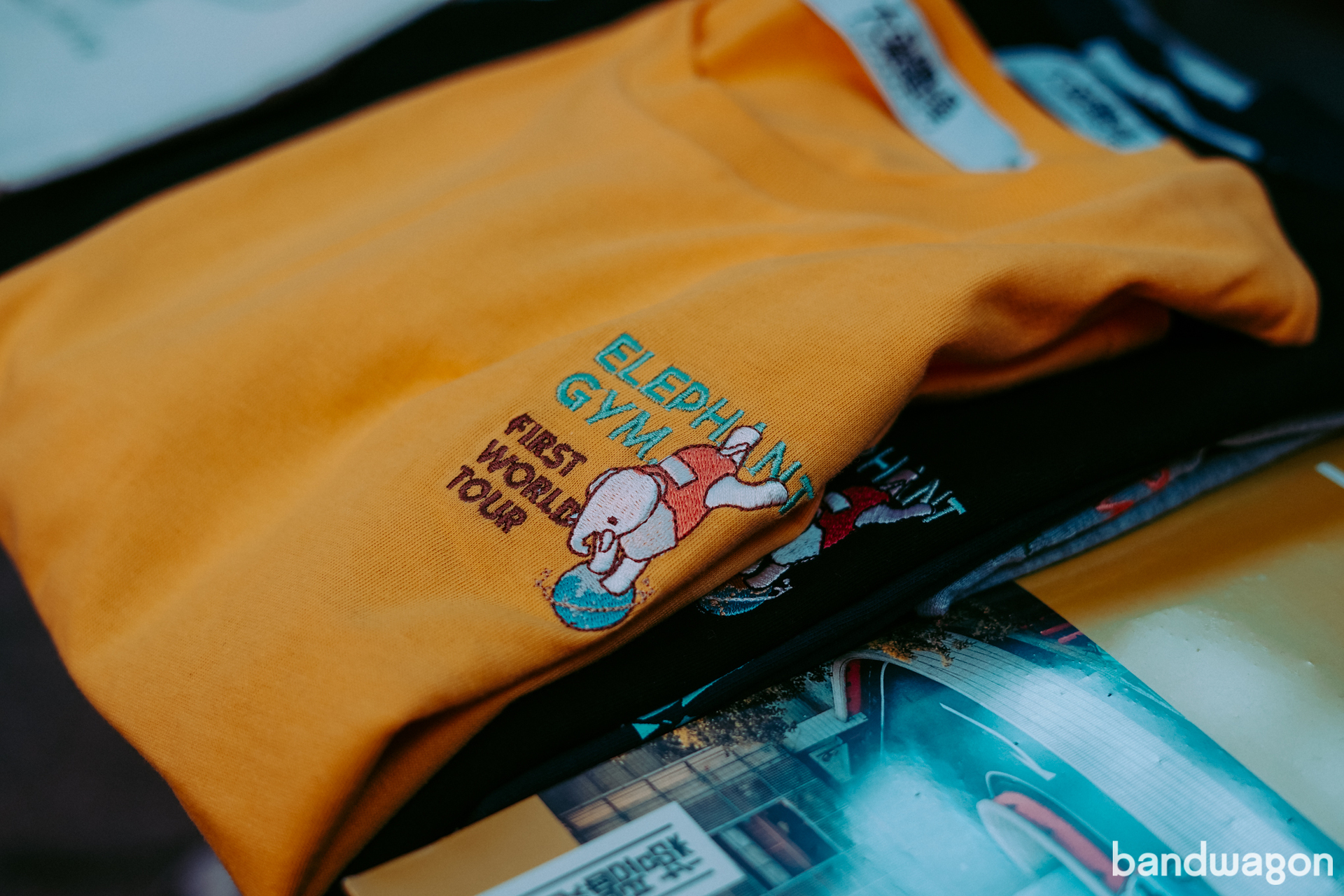 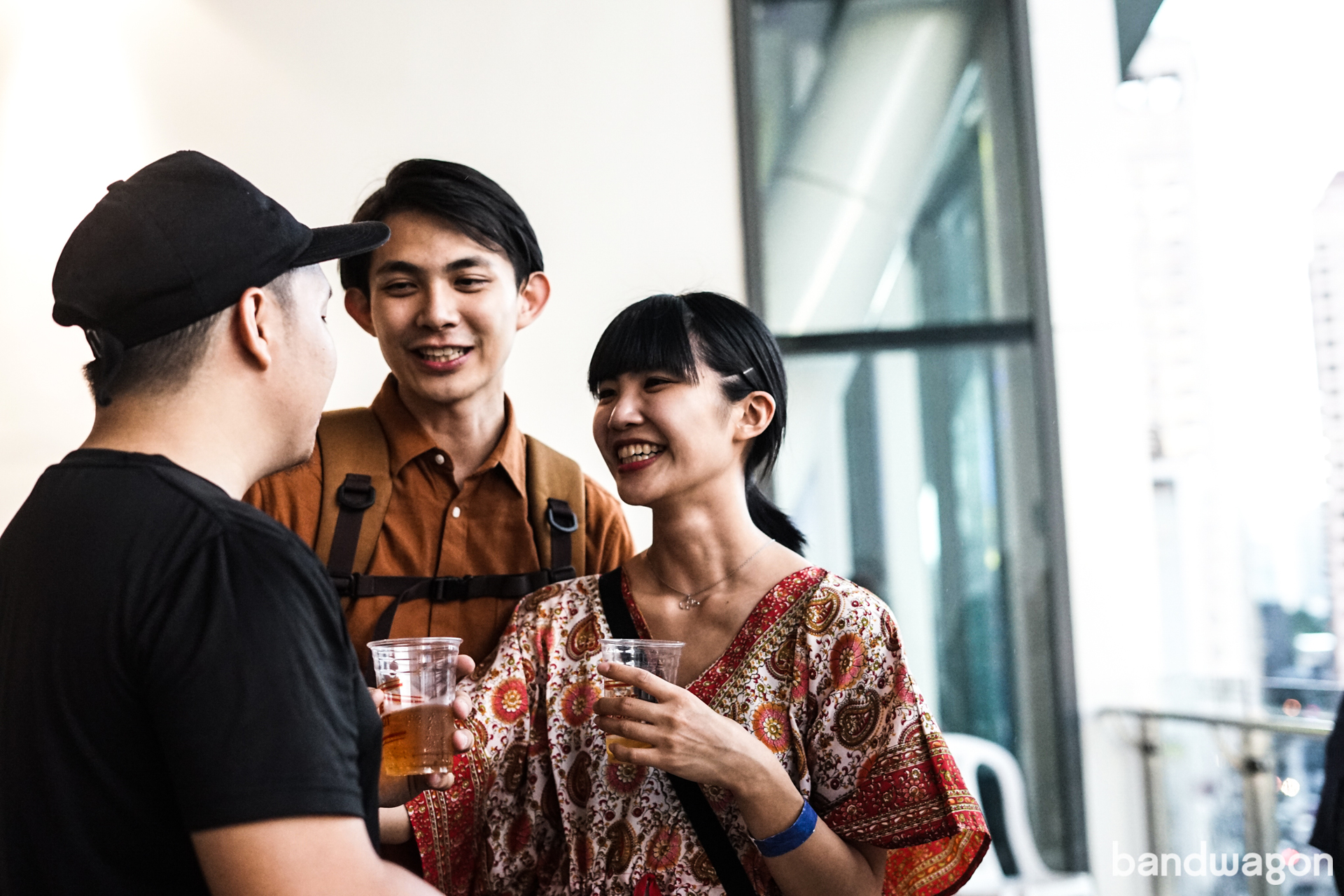 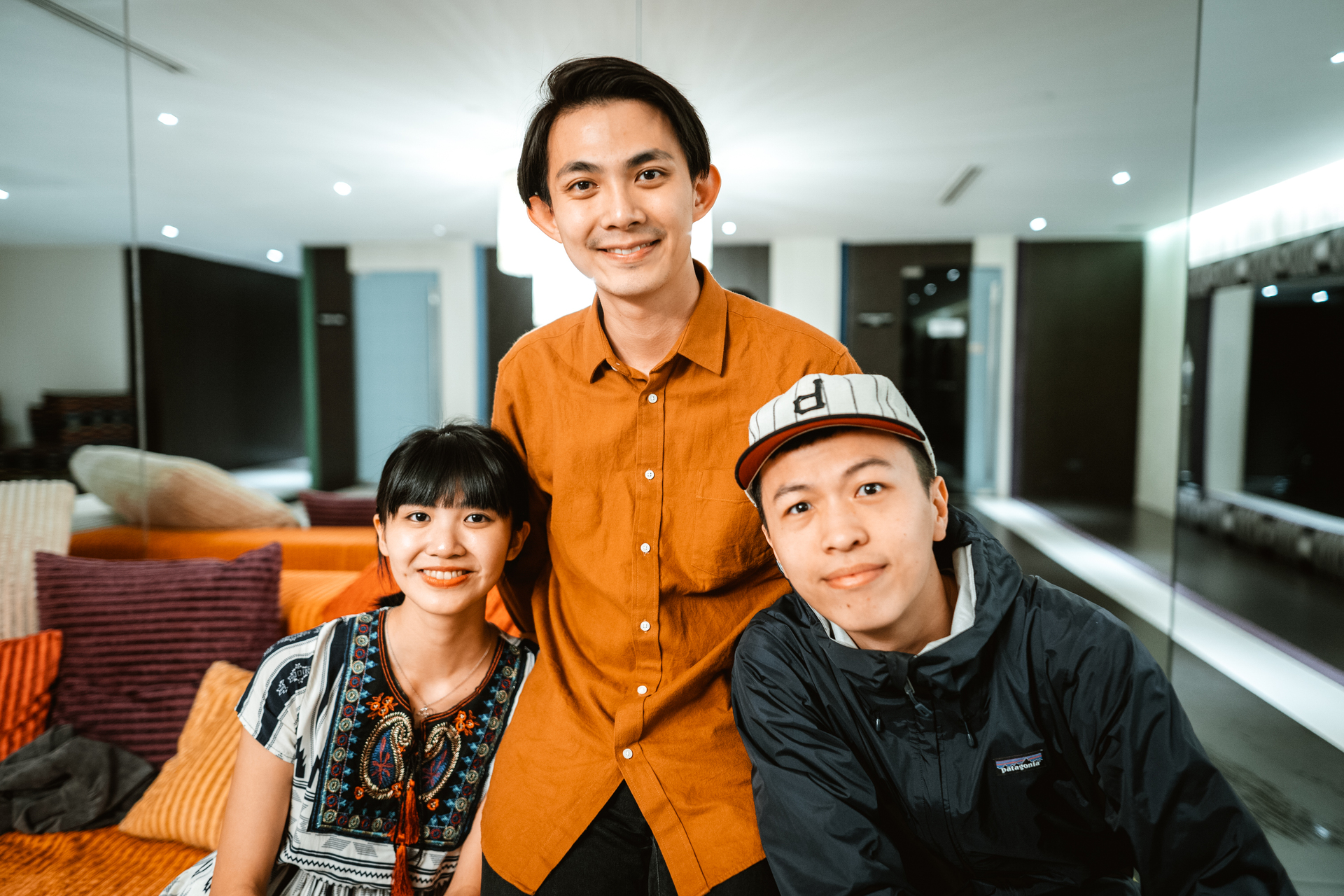 Elephant Gym's 2nd full-length album, Underwater, is now available on Spotify, Bandcamp, and iTunes. Elephant Gym are set to perform at Decline in Singapore on January 18, 2019. Get tickets to the Singapore show here.