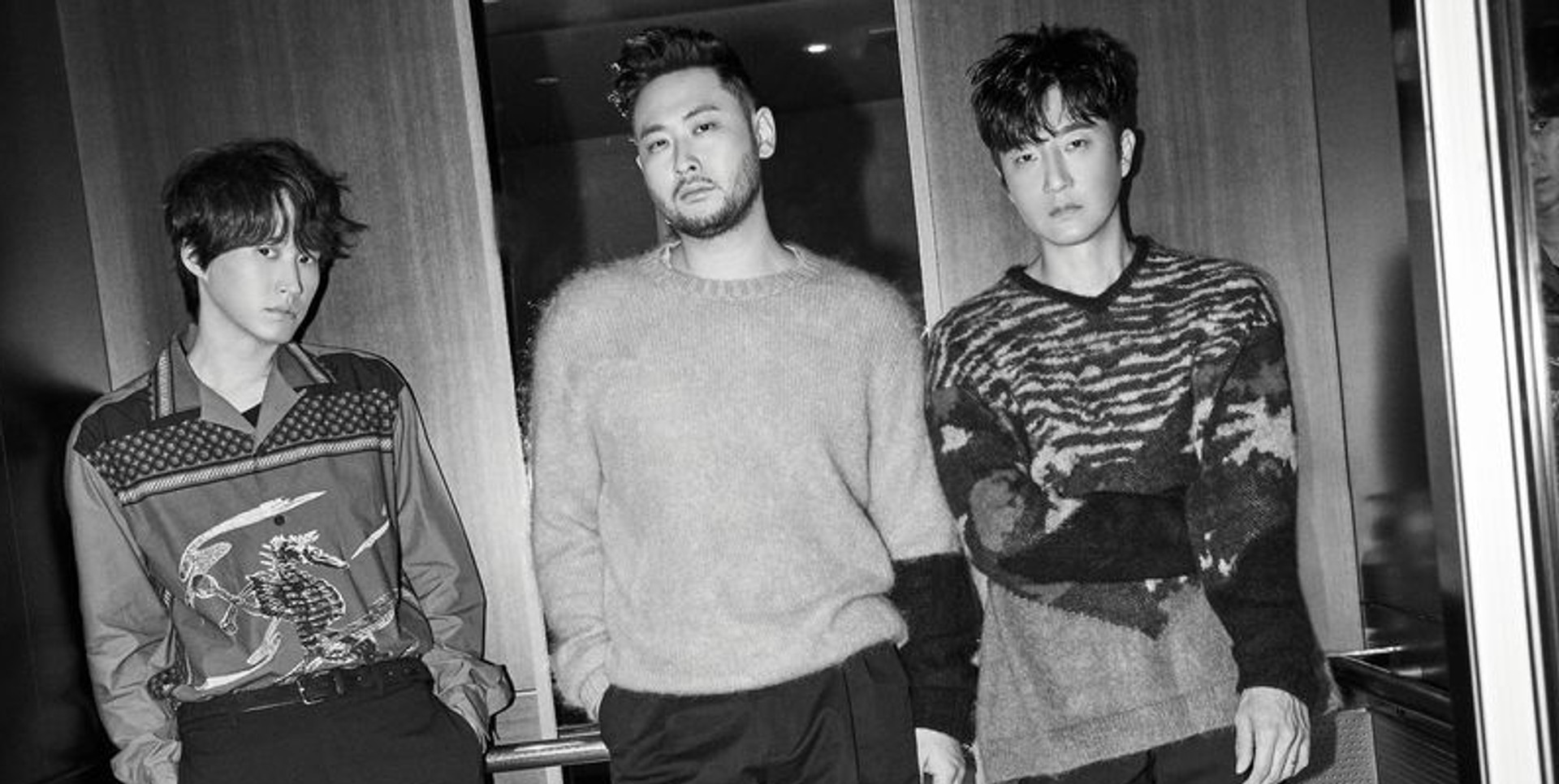 For almost two decades, Epik High have been claiming their place in the hip-hop scene with concepts that involve the human psyche, current events, and a roster of Korean artists who come from different backgrounds. Tablo, DJ Tukutz, and Mithra Jin have experienced challenges and achievements as a group who’s been producing music for several generations. Their EP ​sleepless in __________ ,​which was released in 2019, painted a picture of a restless city and the mundane moments we cherish from when the sun rises until it sets. It also featured collaborations with SUGA of BTS, Crush, Yuna, and Sunwoo Jung-a.

This year, they return with their 10th studio album: EPIK HIGH IS HERE 上 (Part 1). ​Tablo shares that this release is split into two parts: the first one is for a solo listening experience while the second one is to be shared among groups or other people.​ The first part presents both a nightmare and daydream - a summary of our reality as we face uncertainty and new barriers every day. In this piece, they share their personal struggles with grit and wisdom as they navigate familiar grounds in a world that’s striving to recover every day.

Building Brand-New Paths in a World Wounded By Low Expectations

The introduction of ​'Lesson Zero'​ touches the idea of loneliness in joy and romance. It acknowledges how we are raised with values and beliefs, growing up behind fences and wishing to escape so we could reset our lives. Their previous studio albums included 'Lessons One' until 'Lesson Five.' In the Epik High Is Here Documentary, Tablo explains that, instead of learning something new, it’s time to look back and see which things they would like to unlearn.

This gradually transitions to ​'Rosario​,' a dark and empowering piece that features CL and Zico - both of which reestablished their careers after leaving their agencies and achieving their reputations as legends in the industry. ​It is accompanied by an eerie yet charming music video that pays homage to Stanley Kubrick’s ​The Shining​ through its narrow, blood-stained hallways and a scene where Mithra Jin uses an axe to break a door and peek through it.​ In the film, Jack decides to stay in a desolate hotel to reconnect with his family and hopefully finish writing his play. It ends with his demise but, in this track, Epik High tells that one’s work never comes to an end and that their legacy continues.

This track encapsulates decades’ worth of hard work of the group and their featured artists, focusing on the lines “I’ve paved the way for everyone that is paving the way.” Many fans have sparked serious debates and arguments on which artists have “paved the way”. The lyric turned into a strong statement rightfully delivered by Korean artists who’ve surpassed several generations in the scene.

After a year-long hiatus, former IKON member B.I. returns with a brief monologue through 'Acceptance Speech​.' The track sheds light on how, despite circumstances and striking flaws, we live and breathe as we are. It’s a meaningful collaborative work as B.I. moves forward with a perspective that we live past our demons; that we can’t beat them but keep going until they don’t bother us any longer.

Epik High retraces their hip-hop roots with ​'In-Self Defense​.' Fueling the beat and lyrics with anger, they share the floor with a roster of rappers who’ve established their career in different ways: Woo, Nucksal, and CHANGMO. While the track passes the microphone like a torch from one artist to another, it braces for the group’s impact as an influence to many artists. ​The introduction is a clip of Epik High from 2016 where Tablo was sharing that he’ll be in New York for a week so he should write a song​.

A Commentary on Managing Borrowed Time

Shifting gears to a somber and mellow direction, ​'Based On a True Story​' reflects moments when we’d look down while listening to the news. The Korean title directly translates to “I think it’s my story”. HEIZE’s soft vocals surround the track with a familiar feeling of loss and empathy, sharing how another person’s misfortune could weigh as much as ours.

Tablo and Mithra Jin both share their own reflections on reacting to current news, switching channels on the TV and absorbing emotions from heartbreaking stories. ​The music video was filmed in the countryside and various venues in the city​, places where any incident could happen and where we find ourselves reeling in our own thoughts.

Kim Sawol brings a slice of nostalgia and sentimental thoughts in​ 'Leica​.' It reminisces on the past and people being fixated on capturing memories rather than living these. The track follows a slow-paced, steady rhythm even when the mood changes from Tablo expressing his proud moments and then his worries.

In a world where one’s passion can be one'S flaw, Epik High tells a brief story in ​'True Crime.'​ It starts off as a love song but, when you continue to listen to it, it’s a track that expands one’s definition of love. The beginning of this track gives us a glimpse of reality and society’s obsession with labels:

Without focusing on these labels, Miso’s voice adds romance in between verses and delivers a simple message: love is love. ​On Twitter, Tablo highlights that “it’s a song that says love is wherever you find it.”

Accepting Reality and Living Through Each Moment

The concluding statement of this album, summarized in the last three tracks, reaches deeply into our collective memory of the past year and present. ​'Social Distance 16​' stitches a patchwork of thoughts about social distancing. How one’s touch, which was cherished as a love language or avoided to give personal space, has become a luxury and warning.

The trail of thought continues to ​'End of the World'​ which expounds an idea we’ve had about the current state of our world. As GSoul’s verses shed light on a familiar meaning: at a difficult time, maybe the key to our freedom is loving unconditionally.

With losses, travel restrictions, and new health-related regulations, ​'Wish You Were Her​e' slips a note between the barriers. It reminds us to accept our emotions; that everyone seeks a semblance of normalcy, holds on to a thought if it helps them heal, and has been drowning in self-reflection at home.

In this year, we are given a clean slate for reflection and growth. The album offers friendly advice and a reminder that nothing can hinder us from being ourselves. EPIK HIGH IS HERE 上 (Part 1) welcomes change with open arms, a coping mechanism in its pocket, and enough room to process a plethora of emotions.