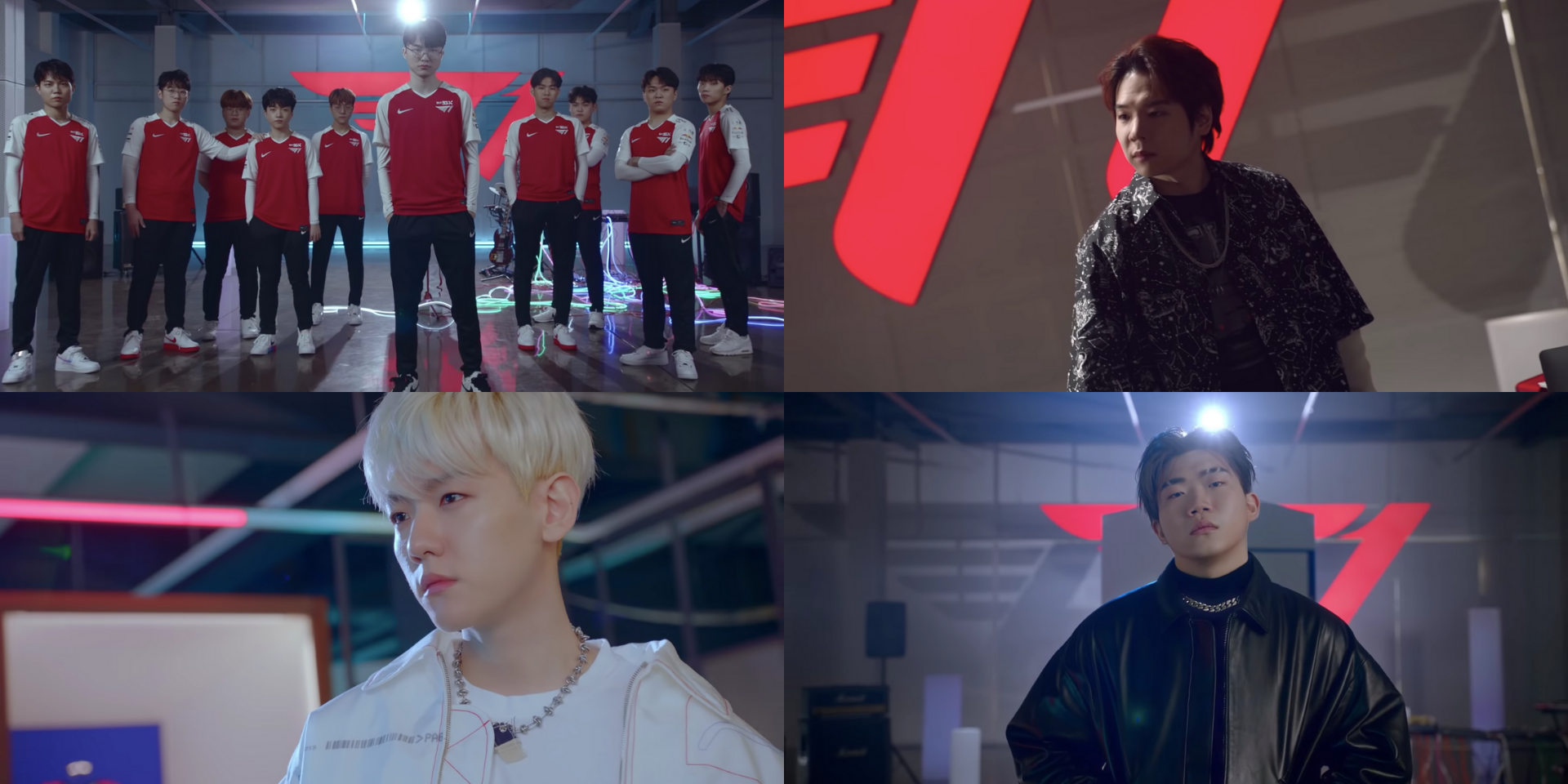 T1 just dropped the teaser for their 2021 theme song.

Entitled 'Runner', the League of Legends team partnered with EXO's Baekhyun, CHANGMO, and Raiden for the track. The teaser sees glimpses of the Baekhyun and CHANGMO, soundtracked by an EDM and trap beat.

Hoping to win this year's League of Legends World Championships, 'Runner' is said to be an intense track that reflects T1's determination and commitment.

The track comes as the latest in the team's collaboration with Korean music acts. Earlier last year, T1 guest-starred on BTS' variety show Run BTS where they played Gang Beasts and Fall Guys.

Baekhyun has also recently crossed over into the world of gaming, having recently collaborated with esports organisation Gen.G Esports to play PUBG on YouTube Live. In the past, the K-pop star has expressed his love for League of Legends, even previously the game's theme song 'Legend Never Die' as the song that best represents his life.

'Runner' and its accompanying music video is slated for release on 26 January via all digital platforms and T1's official YouTube channel.

Watch the teaser for 'Runner' here!

[UPDATE 25 January] The release date of 'Runner' has been postponed to a later date.

The song and music video release of "Runner," which was originally scheduled to go out on Jan. 26th, has been postponed.

We hope that you understand the delay and greatly appreciate your support.

I'm surrounded by so many amazing artists and players to make a song like this happen. Thanks to @B_hundred_Hyun & CHANGMO for finishing this tune! 🙏🏼

This song is inspired by and presented to my favorite team @t1lol Show support to T1 and their journey. pic.twitter.com/N51RRNdw90