Slated to happen earlier this April, the festival was postponed to August due to the situation surrounding COVID-19. Initially headlined by STORMZY, featuring internationally acclaimed rappers Lil Pump and Tyga, FLAVS have announced that its international acts would be called off this year.

The word is out! We've just announced through a virtual press conference about FLAVS Virtual Festival! All your favorite hip-hop, soul, and r&b talents from all over Indonesia, performing on 4 different stages simultaneously. It's a real, live festival experience right from the comfort of your own home. This is as good as it gets! Get ready for #FLAVS Virtual Festival; Same Flava, Different Platform!

Prior to the festival, FLAVS' roadshow which originally featured a freestyle rap battle, as well as B-boy and open style dance battles were also cancelled. Organised by Visicita Network and Dyandra Promosindo, the much-anticipated festival was conceived in December 2019, as a collective to bring the cultural movement of hip-hop into the spotlight. With the aim of celebrating the multi-faceted local hip-hop scene, the name FLAVS draws from the hip-hop slang for flavour, 'flava'.

Tickets for FLAVS virtual festival are priced at Rp.99,000 for a day pass and Rp.499,000 for a home weekend party two-day pass, which comes with exclusive merchandise. Get your tickets here.

Check out the full lineup of performances below: 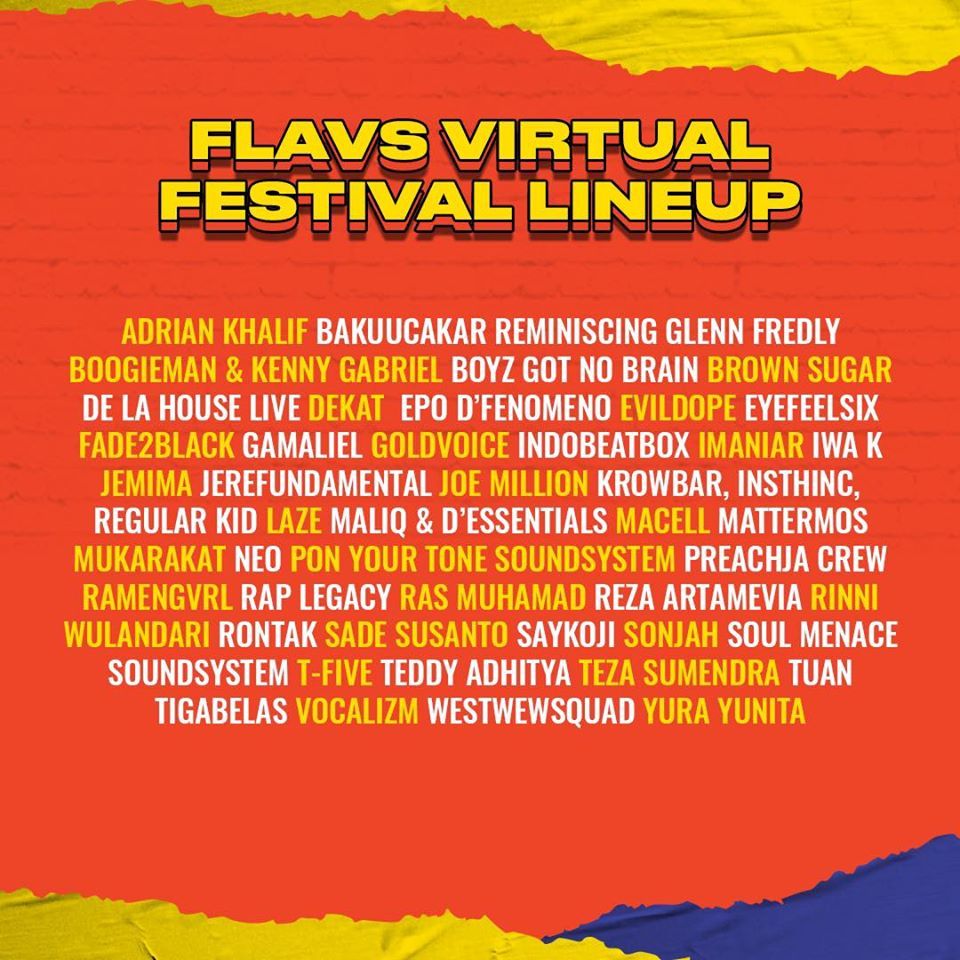