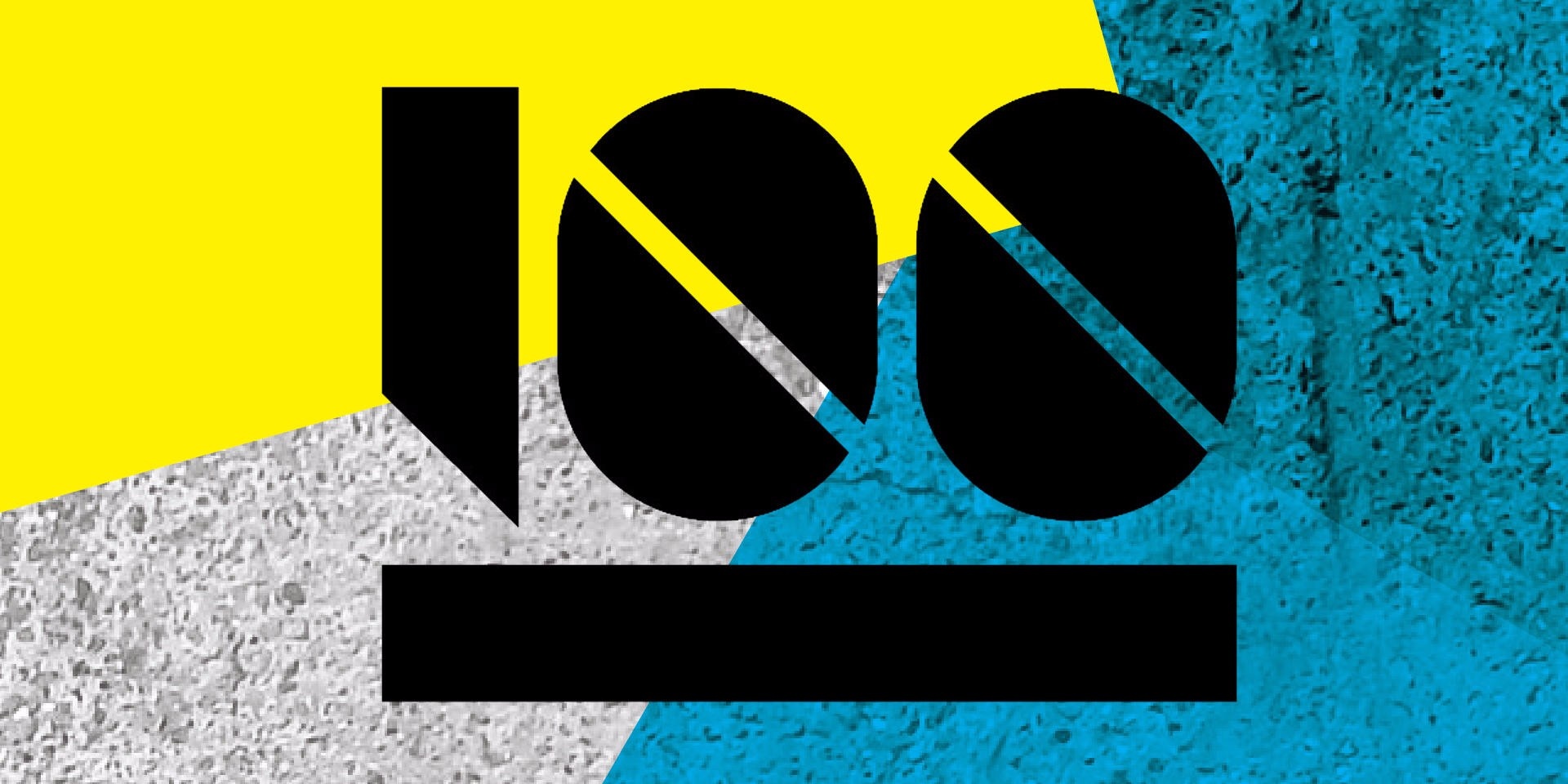 Despite a couple of hurdles mother nature threw their way, the hardworking folks behind this year's 100 Bands admirably powered through to deliver a great weekend of great Singaporean music. From Wormrot and Ossuary to Diskó Biscuit' and Generation 69, among many others outstanding acts, the 1st weekend of the ambitious festival certainly delivered.

And barring any more unforeseen weather-related calamities (fingers crossed), this weekend's plans should be equally exciting! With a lineup featuring a diverse cast of names ranging from Exhibitors and The Bois to Spacedays and bruised willies, the 2nd weekend should have more than enough quality (really, the lineup is stellar top to bottom) to keep fans entertained for a full three days.

In fact, the bill was even recently boosted by the addition of RECOVER and Long Live The Empire, who were initially supposed to play on that ill-fated 16th September opening date. We're glad to see both bands score make-up shows, and well, the 1st weekend's loss is certainly the 2nd weekend's gain. 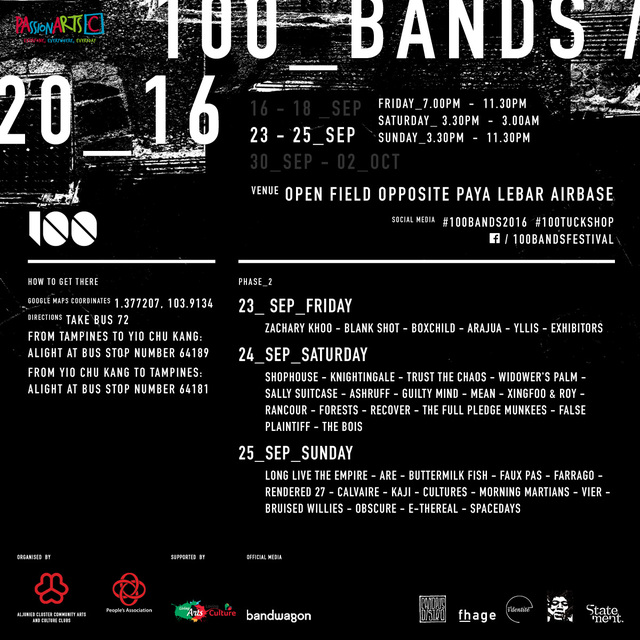 In addition, Tuckshop X 100 Bands will also be showcasing DJ sets on Saturday, 24th September and Sunday, 25th September as well! Saturday's side stage will be hosted by the Phyla Digital collective and will be from 9pm onwards. Their lineup includes Finding Niko, KAIN and Phyla co-founder Harv.

Subsequently, Sunday features a takeover by the crew from Revision Music from 4pm to 10pm. These sets will be hosted under Revision's Sub City banner (their drum & bass party series), and will be headlined by Under9's Renry Hollins all the way from Kuala Lumpur, alongside Singaporean staples William J, RAH and Senja.

Here's a video recap of all the fun from the 1st weekend, produced by Fhage.