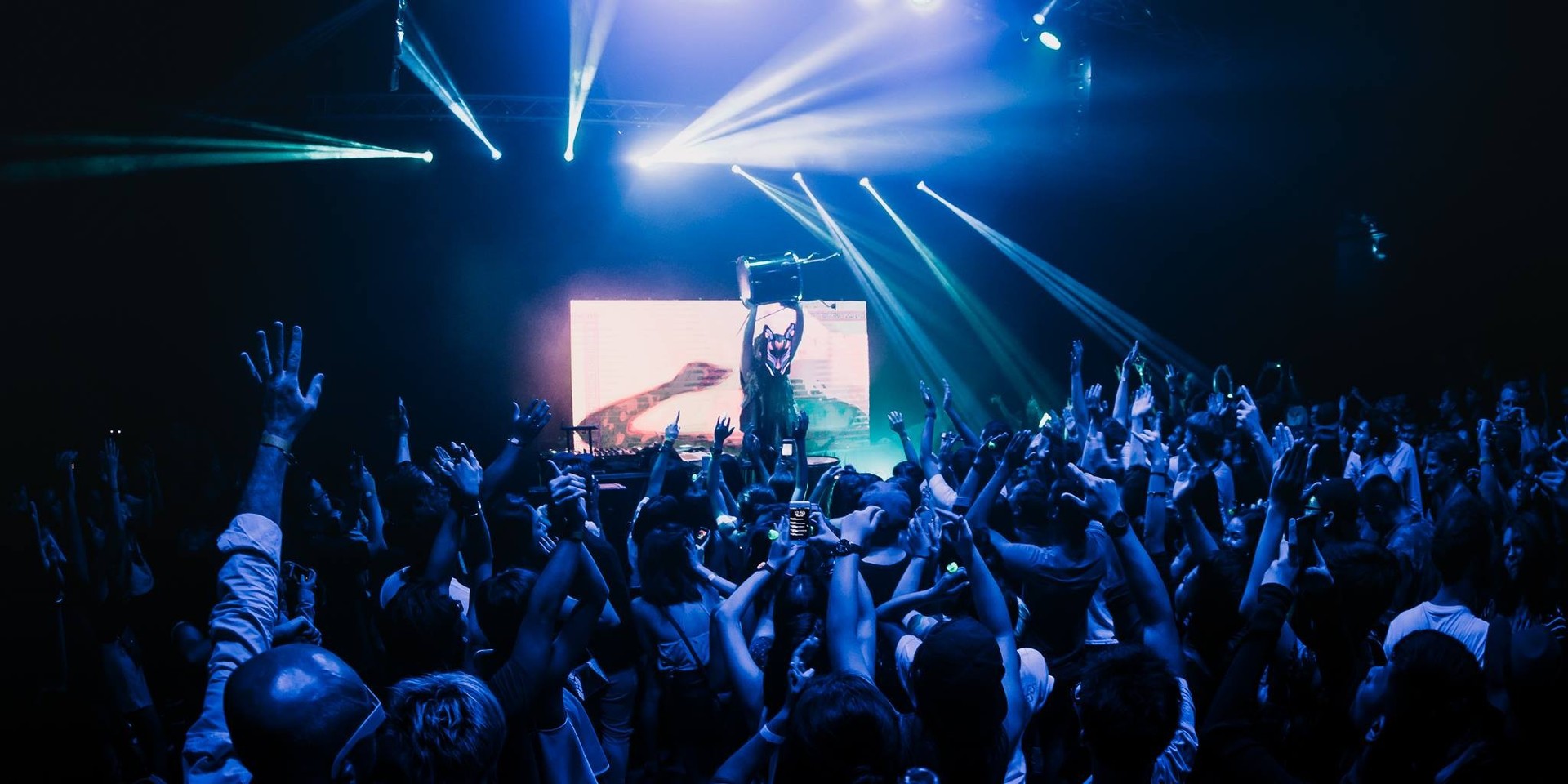 Warehouse parties aren't exactly a new thing round these parts, with showcases such as Heineken Green Room and Super 0 already throwing memorable events in Singapore in recent years. But while previous incarnations were raves centered around techno (obviously) and bass music for veteran punters, the Moonbeats Warehouse Party felt like an exciting way to introduce a younger generation to the experience with a fresh crop of forward-thinking electronic artists.

Pulling double-duty in what must have been an extra-busy night for him, event organizer and Moonbeats Asia co-founder Tim Kek also served as the warm-up act of the night under his DJ alias of team cake. As far as we can can tell, his hour-long set was well-received by revelers streaming in, serving as an ideal warm-up for FFF Girl DJ Bootcamp alumni DuriO. 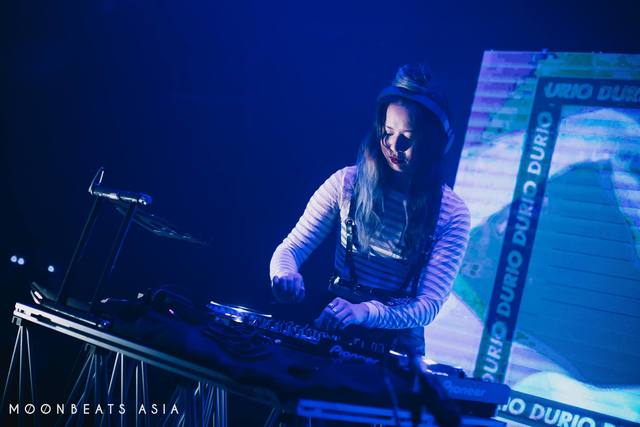 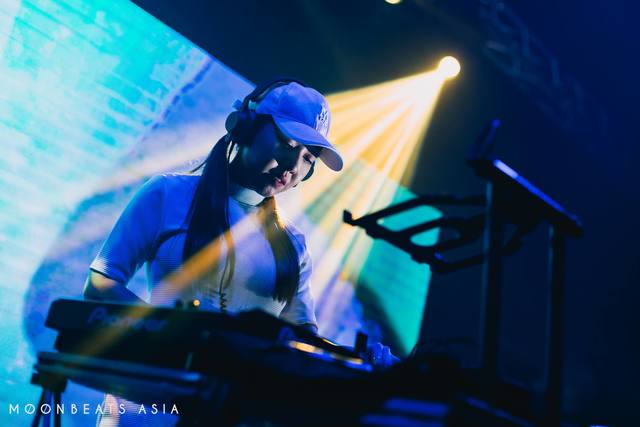 Going from trap to grime to bass, the ATTAGIRL standout visibly impressed many in attendance, drawing many to the front of the floor despite the early hour. Cascine signee producer et aliae (read a track-by-track guide for her sparkling new Rose EP) stepped up next for a rare DJ set in Singapore. Coated with a spot-on PC Music aesthetic, her selections of cute ambient pop and more rigorous alt-R&B admirably showed why she's so highly-regarded in London and beyond.

But as exciting as the local openers, nothing quite galvanized the crowd like the headliners did. Slow Magic's percussion-heavy live set saw the Technicolor masked producer spend more time on the drums than on Ableton Live, giving his performance a more visceral appeal. Despite making great music, too many "live" shows by today's beatsmiths are handicapped by the unexciting sight of a guy behind a laptop. As evidenced, Slow Magic's set-up has no trouble whipping up excitement with his kineticism complementing his bag of summery tunes. 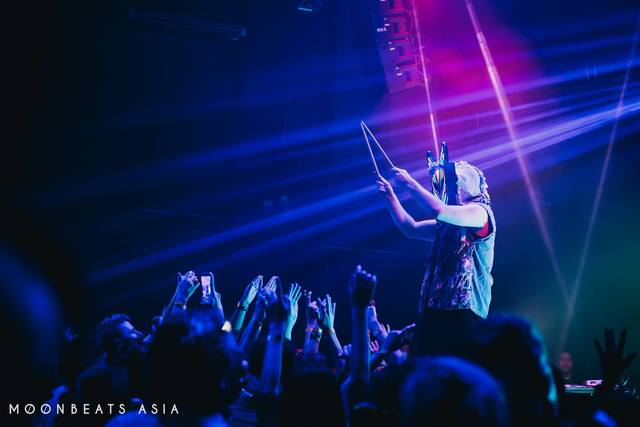 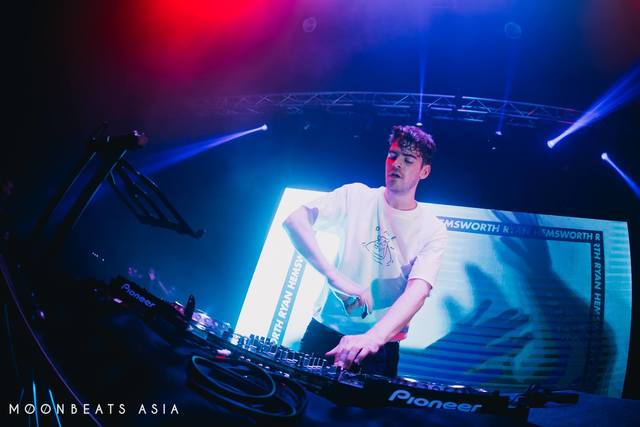 Ryan Hemswoth​'s (read about the albums that have shaped him) wavy, hip-hop leaning set was similarly hype-worthy, and kept the joyous crowd going strong through the party's peak periods. To cap it all off, much-hyped local prospect and Mad Decent producer MYRNE (read a track-by-track guide to his new Fundamentals EP) came on to close the night with an inspired set that kept significant portions of the crowd grooving even after the headline acts had come and gone.

And while all the musical acts absolutely owned the dancefloor, special compliments also have to be paid to the night's remarkable visualist - Amanda Tan, better known by her media artist moniker of EMPYREAL - for throwing up some pretty unique and dazzling live projections throughout the whole six-hour event. Her recent visual work for Good Times, ATTAGIRL and Laneway Festival have understandably received much praise, and more acclaim is bound to come her way after this spectacular showing.

All in all, this maiden voyage for the Moonbeats Warehouse Party couldn't have gone any better. With careful attention paid attention to the sound system and event logistics, its rare to see a pop-up party of this scale run so smoothly - so kudos must go to Moonbeats Asia as promoters and curators. We certainly look forward to the next edition with bated breath.