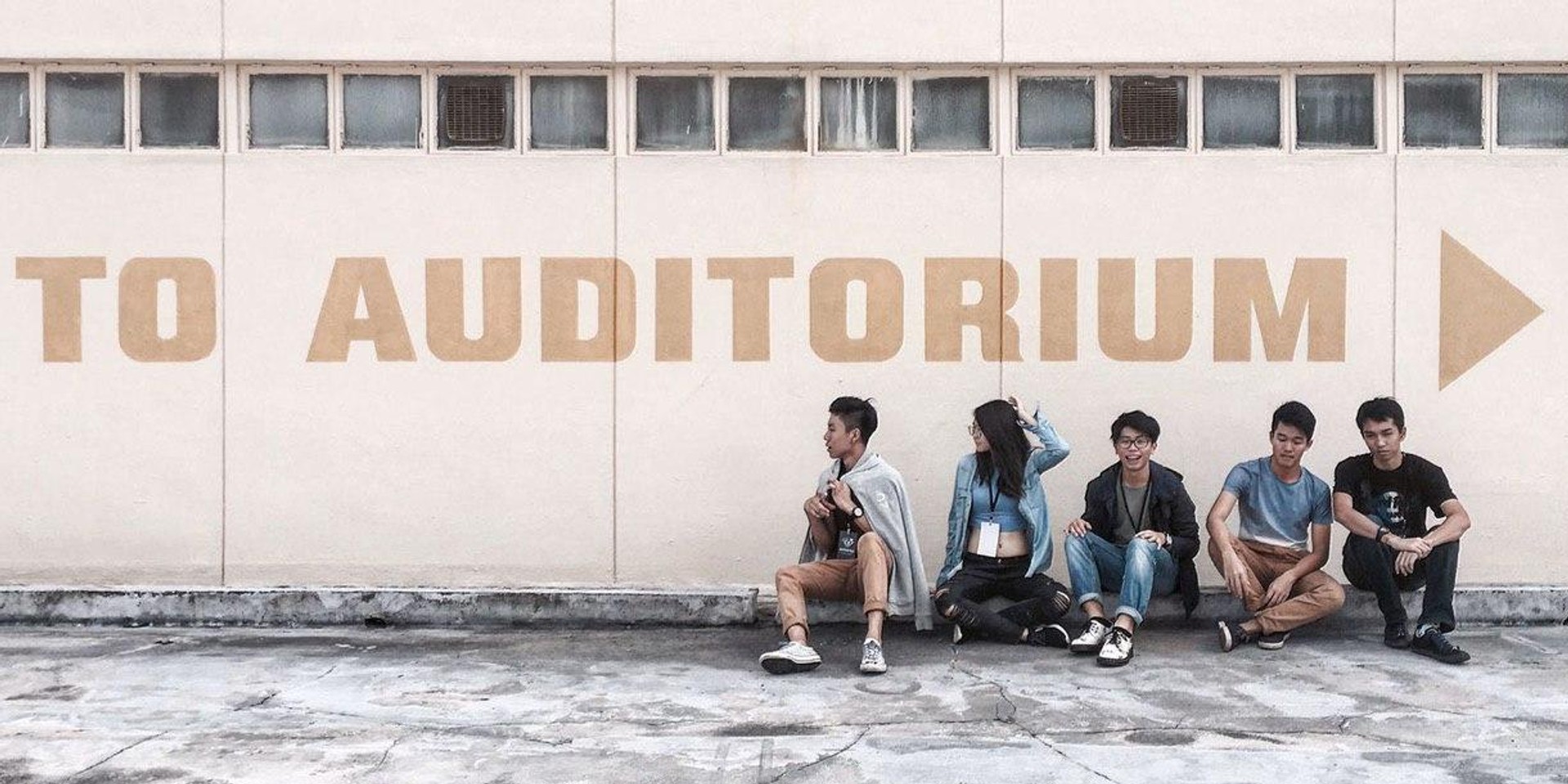 Burmese Bombshells are an outstanding gang. Their sound paints a picture of city lights faltering away like a bokeh effect, with a hint of futurism, yet reminding one of downtown Toyko on a misty day. Literally, they also stand out - their vocalist Meg-Mel performs barefooted off-stage, and bassist Felix was a swift learner of the instrument, picking it up to help the band enter their school's talent show, that they took second place next to a magician.

From their debut performance at a Teacher's Day talent show in 2014 to clinching the top prize in Voice of My Generation, a national band competition in 2016, Burmese Bombshells were the talk of their school during their Junior College days. The band was a familiar face at Youth-for-Causes concerts which were student-organised concerts backed by the YMCA. They performed at four of such, with the likes of Charlie Lim and Haneri performing in one of the same concerts as them. 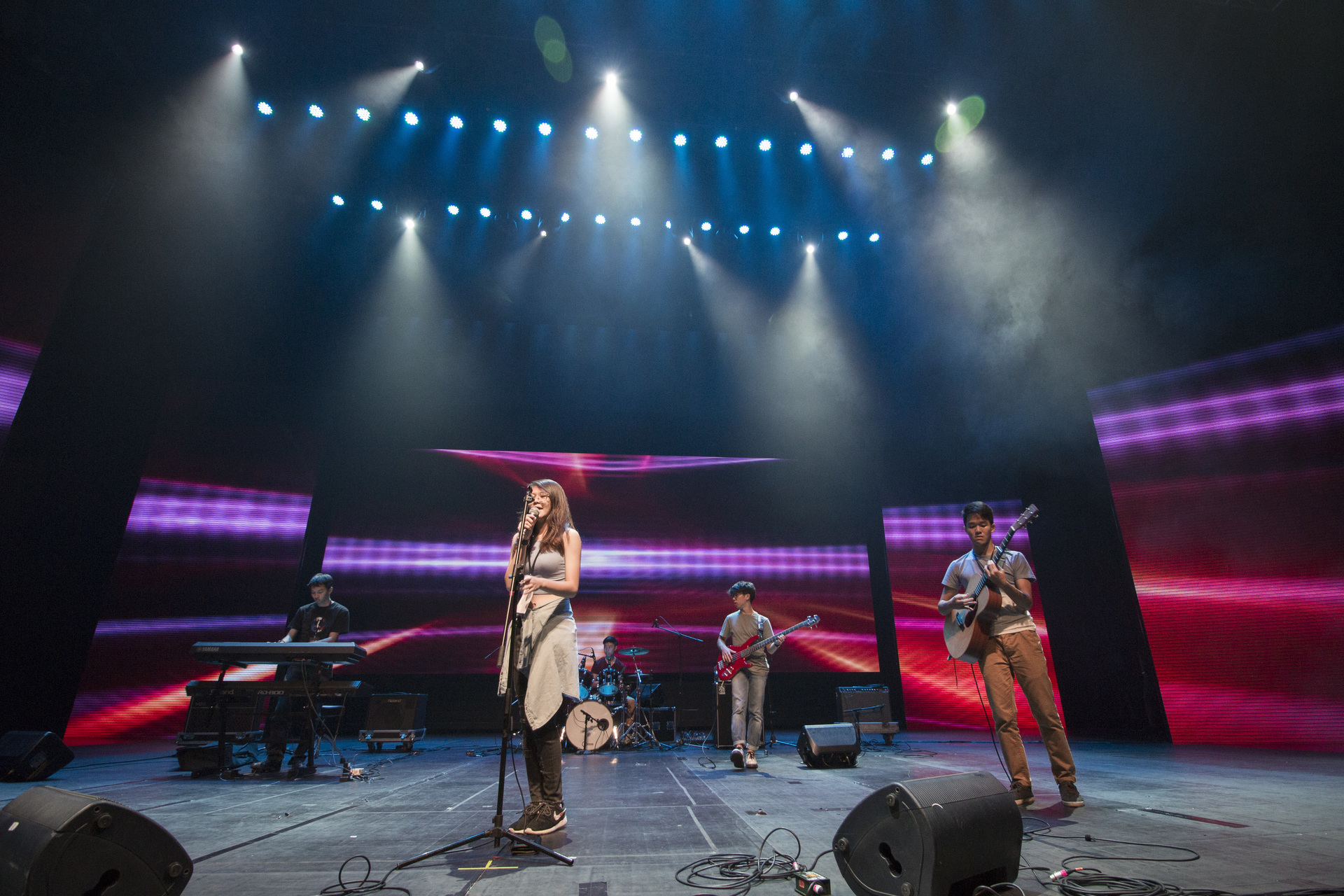 Their first single, 'Nicotine' as well as their first EP Burmese Bombshells were recorded while juggling the commitments of university and National Service - something that is atypical of 21-year-old Singaporeans. 'Nicotine' was a reflection of their 17-year-old selves at the time it was written. It was a metaphor for dystopian love, with the lyrics 'you devour me like nicotine', as well as their rebellious nature as a teenager.

"To an extent, the romanticisation of vices appeals to the inner-'badass', especially in a conservative Asian context."

'Nicotine' and the rest of the EP painted a dreamy soundscape for listeners, especially with the extended use of reverb in the vocals.

"That was our intention, we didn't want things to be crisp and clear. We wanted our music to be dream-like and distant, and the vocals becoming more of an instrument rather than words."

The Japanese aesthetic surrounding their latest singles, 'Hana' and 'Makizushi' birthed from their band leader Ethan's trip to Japan last December. They were inspired by J-pop band For Tracy Hyde as well as Dua Lipa's album, Future Nostalgia.

Since 'Nicotine' was released in December last year, the band has been featured in Spotify's Rising 65 playlist and had gained more than 5,500 monthly listeners within half a year. The tremendous rapport was built from gigs during their school days, with international listeners soon catching up with their music after their Spotify debut.

Initially, a huge number of listeners were from Indonesia, Malaysia, Thailand, and the Phillippines, as opposed to in the past month, Singapore, Taiwan, and the United States formed the bulk of their listeners. He also recalled a memory of an Indonesian fan who tagged the band in her Instagram stories with their music in the background and the caption 'Vibing to @burmesebombshells'.

"I felt like, damn, that was so interesting. She's an Indonesian mother living in a whole other reality that we can't even fathom and she's listening to our songs while she's baking cookies. There are so many different people and it's really unexpected, because their first language isn't even English and they're listening to English songs."

However, their biggest inspiration owes to local artists, especially bedroom pop trio Sobs. Felix shared that the accessibility of local gigs and the ability to relate to the Singaporean jokes local musicians crack are some reasons why the band loves the local music community.

The community of local musicians is so inter-connected, it feels like family. I think it's cosy and small, yet at the same time, it's very dense, because there are so many people producing different kinds of music that you won't expect to come from Singapore.

While the pandemic sees Burmese Bombshells producing music remotely in their own homes, recording music together, performing live, and lugging their equipment to the venue are some things that Burmese Bombshells miss doing together. They hope that when things blow over, they would have the opportunity to perform at the Esplanade's Amphitheatre and *SCAPE, two local performance venues that they dream to play at.

Till then, take a trip to dreamland while listening to Burmese Bombshells on Spotify:

This article is part of ‘Introducing’, a series at Bandwagon where we spotlight the new artists that are on the verge of breaking through. No fuss, no muss — we present their back story and tell you what tracks to check out.