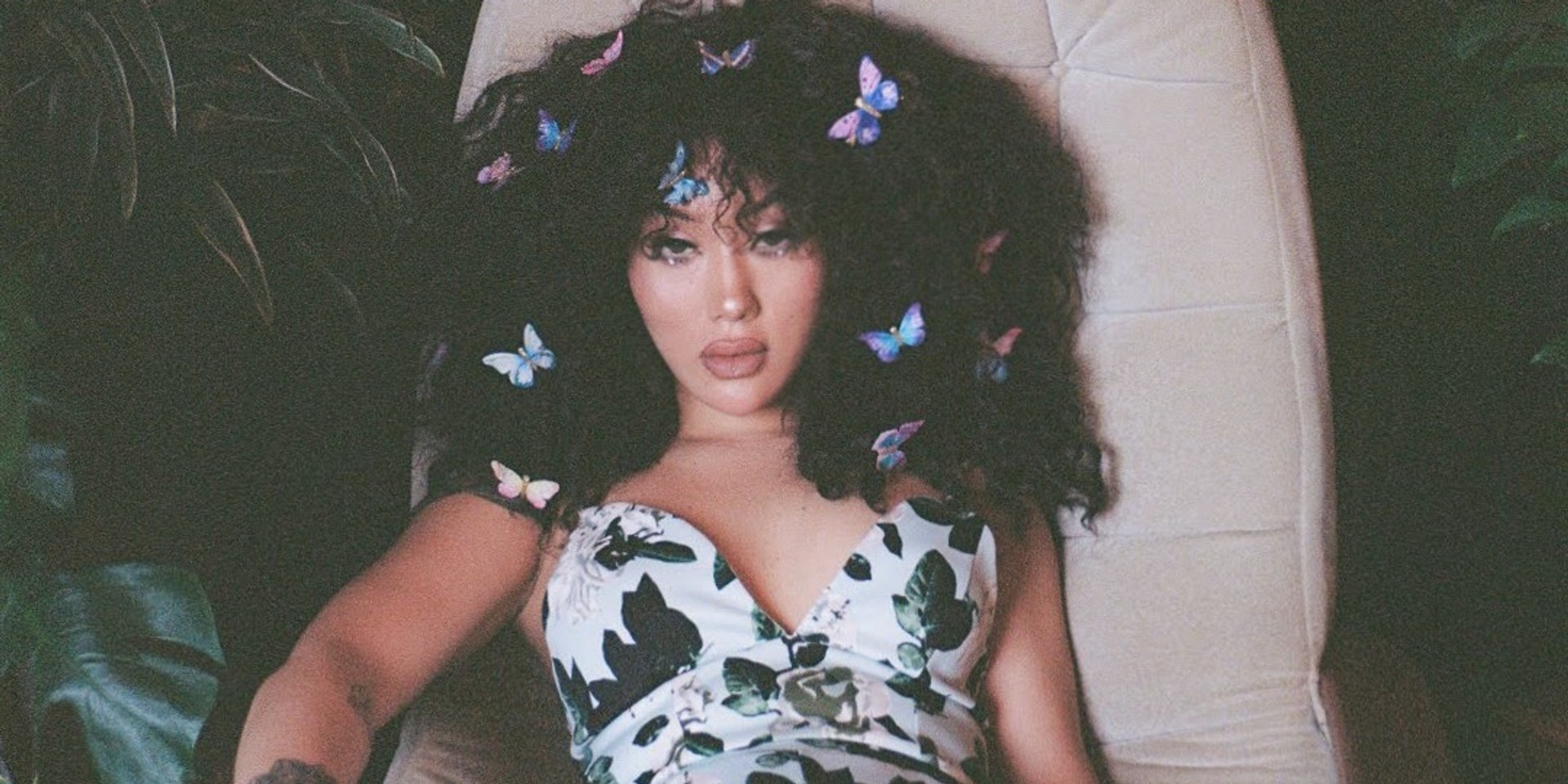 Being surrounded by a musical family and growing up hearing the likes of Nirvana and Brownstone throughout her childhood, Pisceze has always had a knack for music, but not in the way you would think.

Beyond being able to play the piano and write heartfelt lyrics, the Korean-Japanese artist has a unique way of encapsulating energies, vibes and complex experiences in her music and transmitting them to her listeners, packaged in a beautiful blend of R&B and Pop.

"Music is an inspiration of passing energies to an audience to feel good and feel like you could be there for them through the music," Pisceze tells Bandwagon. 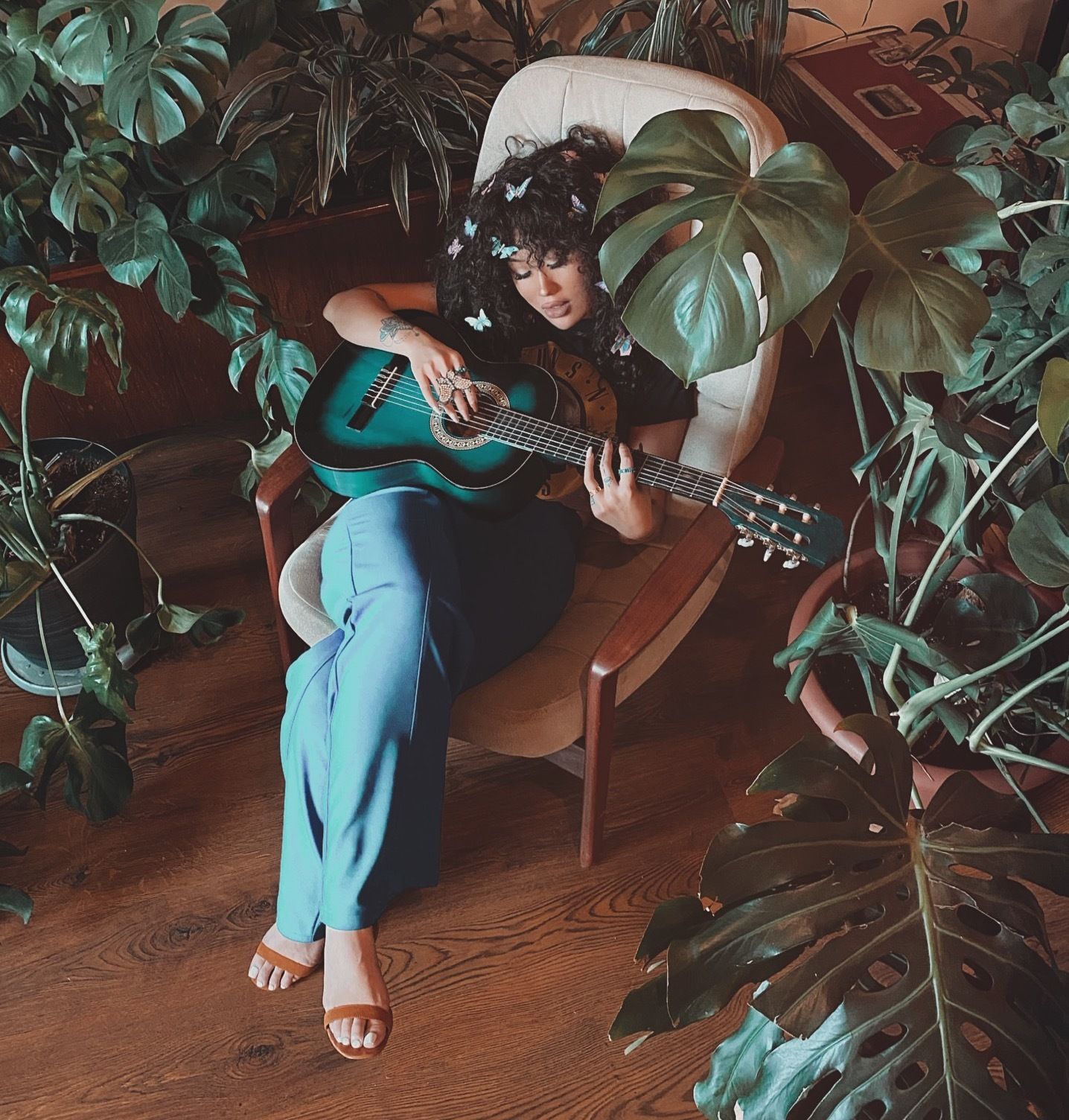 Emilia or known to the world as Pisceze, a moniker inspired by her love for astrology and being a Pisces, is a Toronto-based singer-songwriter on a mission to cement her artistry and carve out a world of music that's uniquely her own.

Pisceze made her debut in 2019 with 'Like That', an R&B track featuring fellow Toronto artist JAHKOY. "I recorded that song for myself just in the studio with some friends and didn’t think much of it. When I had shown it to my friend Jahkoy and he jumped on the track and we decided to put it out and see where it led," said Pisceze.

Since then, the singer-songwriter has come out with an arsenal of sonically captivating records, including a four-track EP entitled P.L.A.Y.

Bandwagon caught up with Pisceze to talk about her musical beginnings, how she's embraced her Korean-Japanese heritage, and how she plans to send out good energy one track at a time.

Hi Pisceze! Tell us about how you first got into music.

I came from a family of music, my dad knows how to play almost every instrument. I started singing while learning to play the piano actually. I didn’t know how to really read the notes and would play by ear through singing the notes out loud. The art of music was something that just always resonated with me from then and was important in how I would express myself.

We’re curious about what inspired you to start a full-time music career as Pisceze. Where did your name come from and what pushed you to come out with original music?

I started songwriting for artists in 2017 and 2018, and would record music for fun here and there. Seeing the process of how an artist made music inspired me, how songwriting was healing in what I was going through and saw how it helped others.

Pisceze came about as I'm super into astrology and I'm a Pisces - being highly intuitive and sensitive are traits of myself that I feel led me to the original music meant to touch my fans.

Describe the kind of music you make and what you strive to achieve through your music.

My music is a feeling, drawing from the emotion and experiences based on the energies I've been through. I aim to touch my audience through my music and lift them up through whatever it is they relate to at that moment.

Congratulations on the release of ‘Lay Up’! Could you tell us more about the track?

'Lay Up' wasn’t actually my song. My boy Matt Law had produced it for someone else but once I recorded on the beat, I fell in love with the song and I thought Sage Harris was the perfect pair for his R&B and Pop sound. He’s a dope artist from Toronto and thought the collab would be a genuine fit.

The raw organic sounds made up of layers of harmonies, melodies, and acoustic guitar create the comfortable atmosphere that this song was aimed to be listened to in.

Who are some artists you listened to growing up? How have they influenced your musical journey and sound?

My number one idol is Nirvana's Kurt Cobain who is also a Pisces; he has helped me through a lot of my own downs and created so much music I could relate to. Rock and punk music has so much passion and feeling expressed within the art, whether it’s angry, sad or emotional.

Brownstone is another inspiration to me, these girls spoke on real shit. I move out of love and emotion and think that Brownstone did just that. But, Bruno Mars is someone I aspire to be right in the current moment, his music is so uplifting and his art is full.

These artists have all inspired me to touch my fans like they have touched me. Music is something you listen to as it resonates with you, so my tastes always change depending on what I feel I need to relate to.

My number one inspiration comes from love, it’s super universal at the end of the day and there are many ways to show love and interpretations of what love is. Whether it’s a friend, platonic, relationship, or family.

My creative process consists of taking what I go through and applying that to my music. Some days where I've had a few drinks, [I'm] vibing out, and making music like I’m a superstar which brings out the energetic tracks like 'Superstar' and 'Champagne Showers'. Other times I'm in tune within my own emotions or the energies of those close to me and that influences tracks like 'Heartbreak' and other more vulnerable songs. I use a lot of layers and build out my songs to be full - full of energy, full of love, full of vibes.

Being of Korean and Japanese descent, how do these two identities play out in your everyday life and also in your music?

Embracing both backgrounds and cultures, growing up wasn't easy as there are a lot of cultural differences but what makes me stand out is that I embrace and respect both. My character of not caring what others think or say based on the exterior and not the inner is rooted from this, as being from two different cultures built the backbone in me early to know it’s ok to be different or stand out when expressing your true self. This is what led me to feeling confident and ok with being vulnerable to my audience when creating my music, it's not going to be for everybody but it's coming authentically from me.

Do you plan on writing more music in Japanese or Korean?

Yes! I currently have songs in Korean like 'Superstar' but I'm working on diving into my culture more with some K-Pop inspired tracks. Y'all have to stay tuned!

Video games! I love them and if I could be anything else outside of an artist I’d be a professional gamer. I spend a lot of my downtime on Call Of Duty (Modern Warfare, Black Ops/Battle Royal, Warzone). I also enjoy playing Grand Theft Auto.

Share with us any upcoming plans for your music, what can we look forward to?

I’m working on really honing in on my sound and delivering a project that will really cement my artistry. Finding my balance between the R&B and Pop worlds, with what we have in the works I believe my audience will really be able to attach themselves and see who I really am and what my music can really do for them. I'm excited to share it with ya'll in the coming year of 2021.