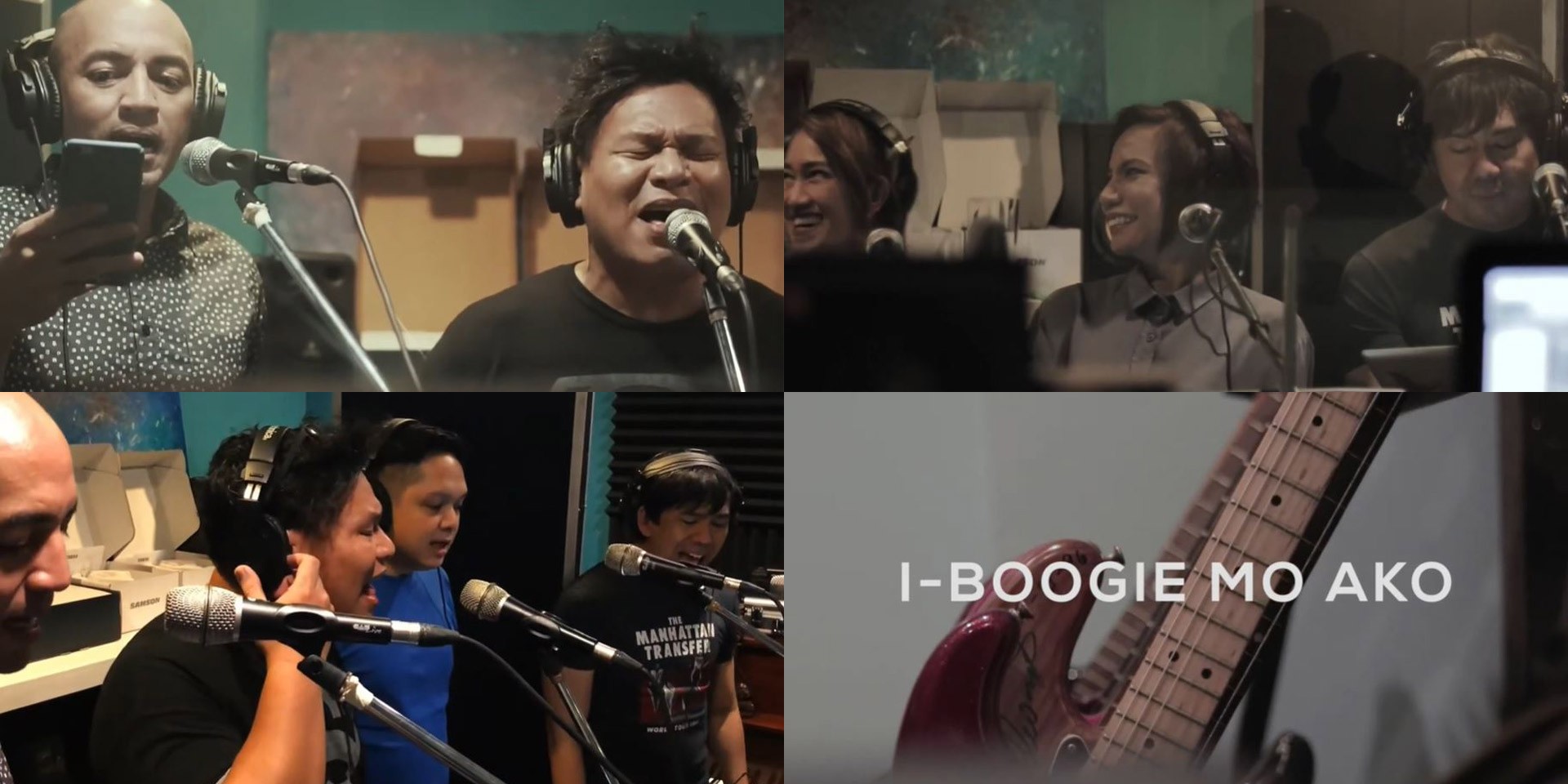 The Itchyworms and The CompanY are set to schooling the kids on how to boogie.

From what started as a verse and chorus for Marie Jamora's short film Flip the Record, 'I-Boogie Mo Ako Baby' took flight when award-winning songwriting tandem Jazz Nicolas and Wally Acolola got together to turn the song into a full track. It's their tribute to VST & Co., Hotdog, and the Bee Gees and brings on the funkiest tune you'll hear this year.

In 2017, we began a once-in-a-lifetime collaboration with OPM legends The Company. Co-songwriter Wally Acolola and his friends were there to document the production process. We hope you enjoy this little behind-the-scenes mini-documentary!https://t.co/IJBnwzWKpu

"We started this collab three years ago, so I don’t remember much," Itchyworms guitarist/vocalist Jugs Jugueta tells Bandwagon. "It’s like being constipated for three years and now it’s finally coming out. Well, I believe that everything happens for a reason, so this is how it’s supposed to be. Anyway, it’s a thrill to be collaborating with our musical heroes. We learn a lot with these collabs. Little bits and pieces from songwriting, to arranging, to recording, to philosophies, to professionalism, etc."

Bassist Kelvin Yu says, "I'm now blown away by the fact that my band has a song with them! It took us three or so years, and now the wait is finally over! It was truly an honor to have been given the chance to do a song with them, and an experience that we as a band will always cherish."

"I was totally unprepared to be recording vocals alongside the premier vocal groups in the country," guitarist Chino Singson adds. "However, in Moy, Annie, Sweet, and OJ, we found kindred spirits in music! It has been such a joy to create and bring to fruition this musical gem, and we hope this comes across in the song."

Drummer Jazz Nicolas reveals, "I still couldn’t believe that we recorded a song with The CompanY. I’ve been listening to their songs since I was young. When Wally and I pitched the song to them through email, and we got a positive response, we were so thrilled that we would be working with them and they would be singing a song that we wrote. During recording, we were so impressed and intimidated by how professional they are. They had music sheets for their harmonies and were very efficient and of course their voices were such a joy to hear. Their distinct collective voice had a very familiar quality that could only come from The CompanY. It was so unreal that that voice was singing a song that we wrote. I still coudn’t believe it. What an experience. I hope we could work with them some more in the future."

Watch the documentary below.