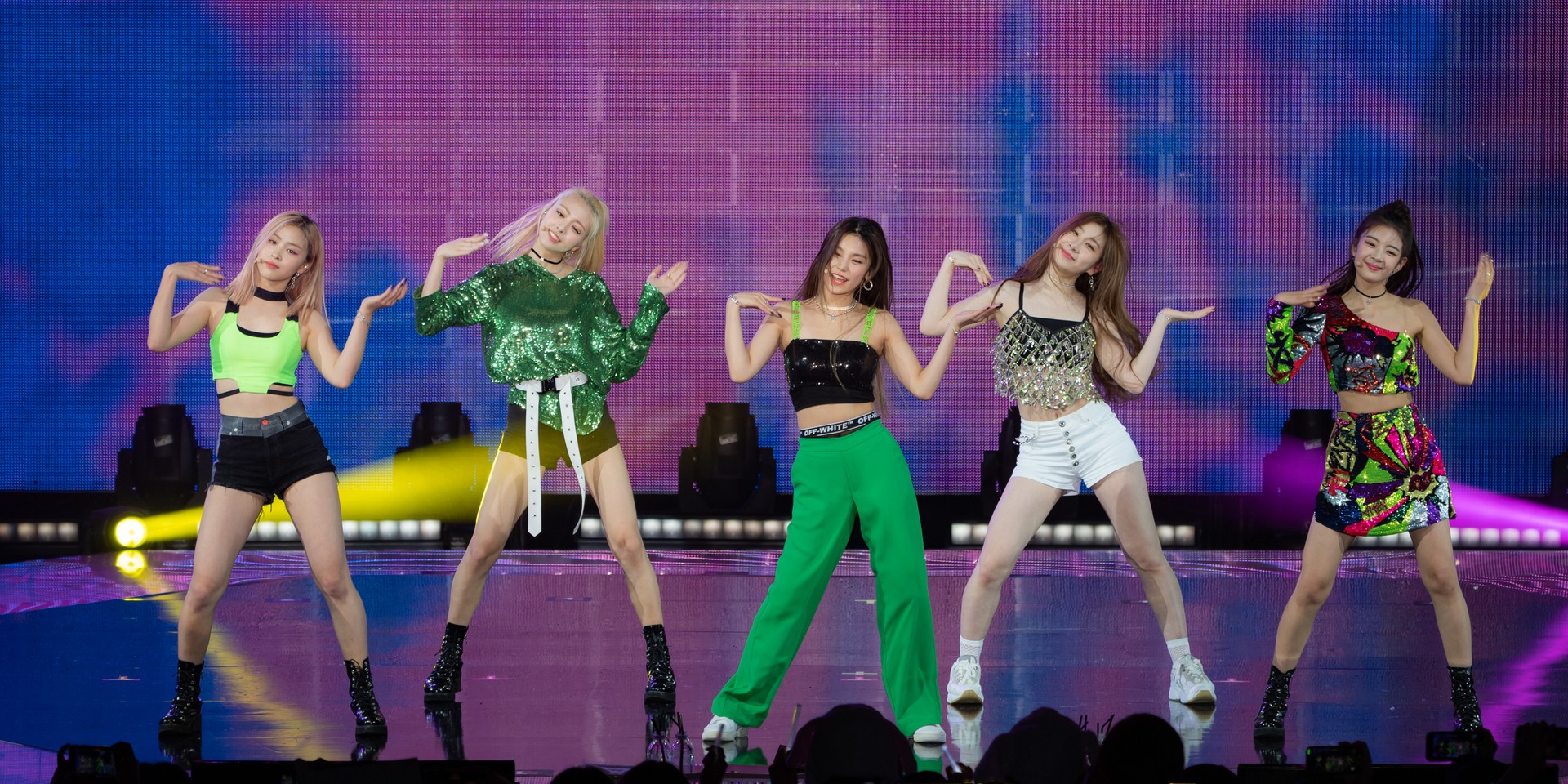 K-pop girl group ITZY may have only debuted 10 months ago but the fiery group is already soaring to new heights and breaking multiple records.

Their catchy debut song 'DALLA DALLA' recorded 17.1 million YouTube views in 24 hours, setting the new record for the most-viewed K-pop debut music video. Aside from being the fastest girl group to place first on a music show just nine days after their official debut, the group also broke a 22-year-old record by winning five trophies for a girl group’s debut song. The previous record was held by veterans S.E.S who took home four trophies for their debut song in 1997.

So when ITZY flew in for their premiere showcase tour ITZY? ITZY! in Singapore, earlier this month, Singapore MIDZYs (name of fans) were roaring with excitement to meet the hot new group. 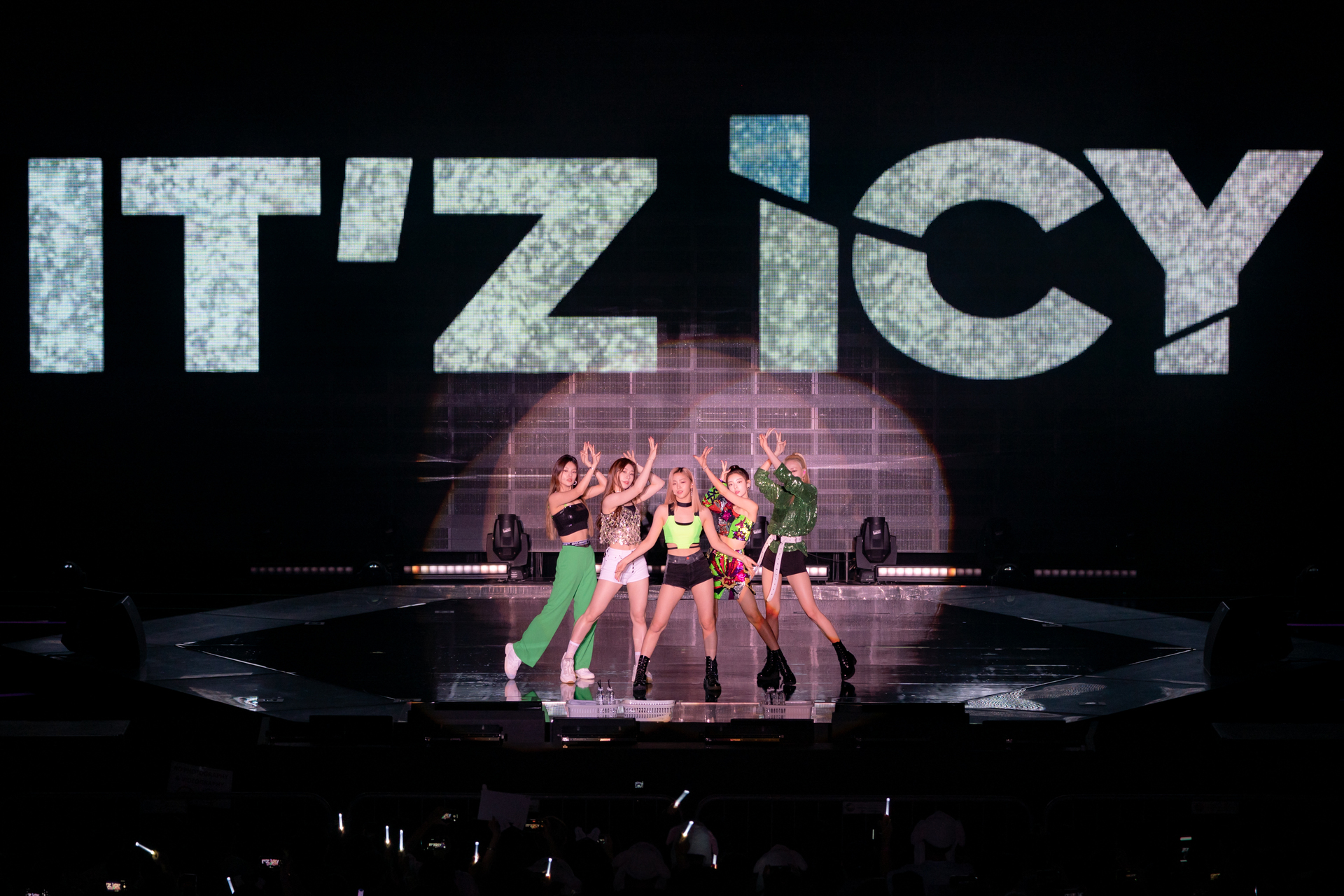 Opening with their latest release ‘ICY’ and b-side 'IT'z SUMMER' from their debut EP It'z Icy, the girls jumped on stage decked in trendy neon green and silver crop tops. Best known for their girl-crush concept, the girls had no issue flaunting their moves and beamed with confidence in the hip-hop infused tracks. I was particularly impressed by 18-year-old Ryujin whose dance skills, charisma and stage professionalism were well beyond her years. Loaded with an infectious beat and singalong chorus, ‘ICY’ was a crowd-favourite and perfect for kick-starting the show.

Greeting the crowd, the girls shared about how they explored Haji Lane and the Marina Bay area the day before. Touched by the big crowd turnout, English-speaking member Lia said: “It was like a dream for us (to go on tour) and it’s thanks to you guys MIDZYs. I know I’ve said this like three times but we want to keep working hard for you guys.” 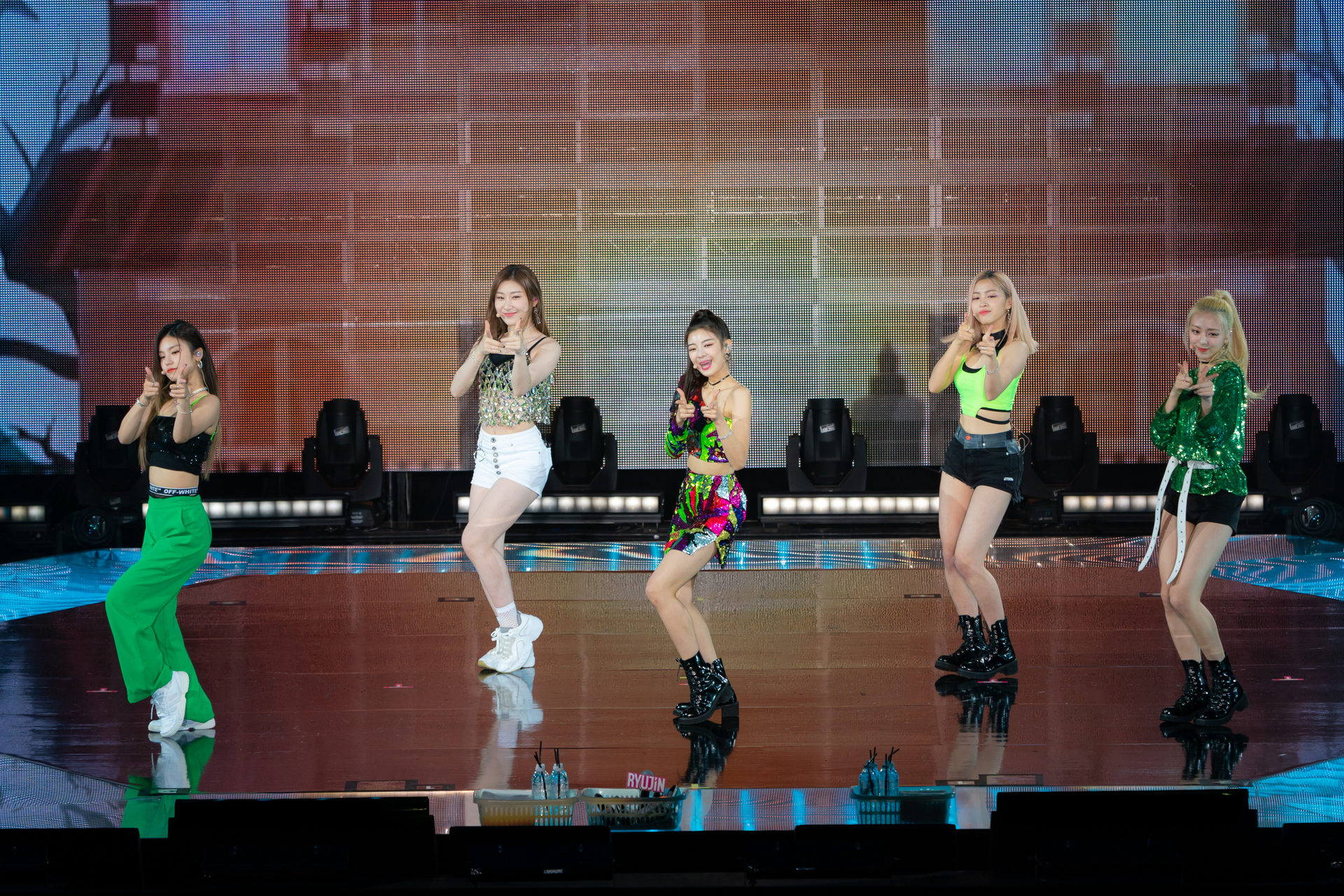 Following that, ITZY played ‘Guessing the song quiz’ where they jammed out to iconic K-pop songs like TWICE’s ‘Fancy’, BTS’ ‘Idol’ and Sunmi’s ‘Gashina’ and took turns to answer fan questions.

When asked who their biggest inspirations were, Lia said: “MIDZY’s are my biggest motivations. At the start of our debut when ‘DALLA DALLA’ came out, I wasn’t very sure if this song could give you guys confidence and send energy to you guys. Now that I actually see how many people get inspired by our song, that really motivates us back and makes us so inspired.”

Members Ryujin also shared that they would love to collaborate with the seniors TWICE while Yeji wished to work with her role-model, K-pop soloist Chungha.

Treating fans to a cover of TWICE’s 2017 hit ‘TT’ and GOT7’s 2016 ‘Hard Carry’, the girls exuded both  cuteness and charisma in the medley. While Yuna, Chaeryeong and Lia won over hearts with their cute antics in ‘TT’, Ryujin and Yeji really shone with their hard-hitting moves and impressive stage presence in ‘Hard Carry’. 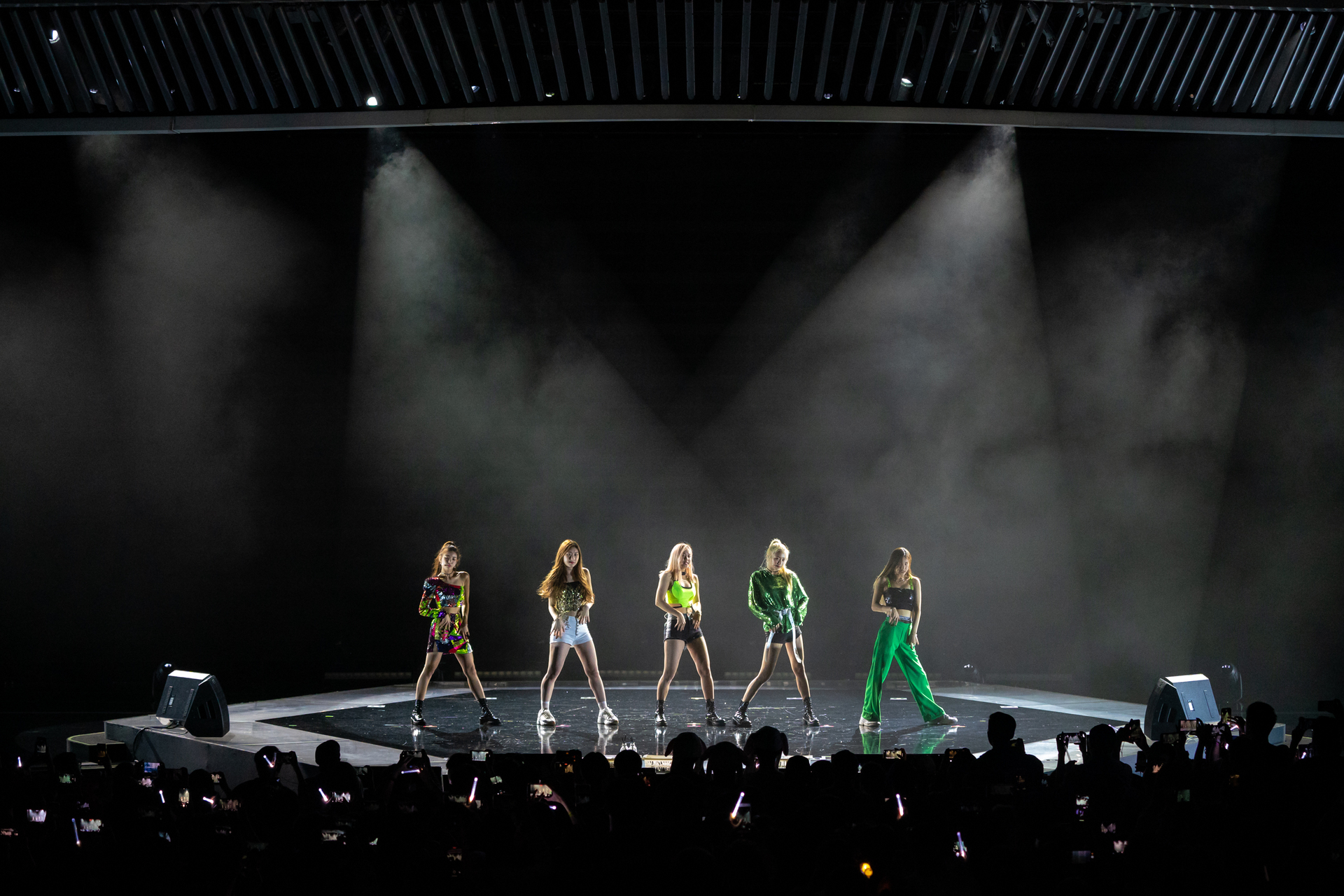 As the showcase approached its climax for ‘DALLA DALLA’, MIDZYs immediately jumped out of their seats and rushed to the barricades surrounding the stage to catch a closer glimpse of the dance masterpiece. An empowering track that promotes positivity and self-love, the track features powerful moves especially from Yeji and Chaeryeong, strong and stable notes from Lia and Yuna and an intense rap from Ryujin. Despite containing a hair-whipping dance break, catchy chorus and individual parts showcasing each members’ strengths, ‘DALLA DALLA’ is definitely not the typical K-pop hit, which could be why it's so alluring to fans. 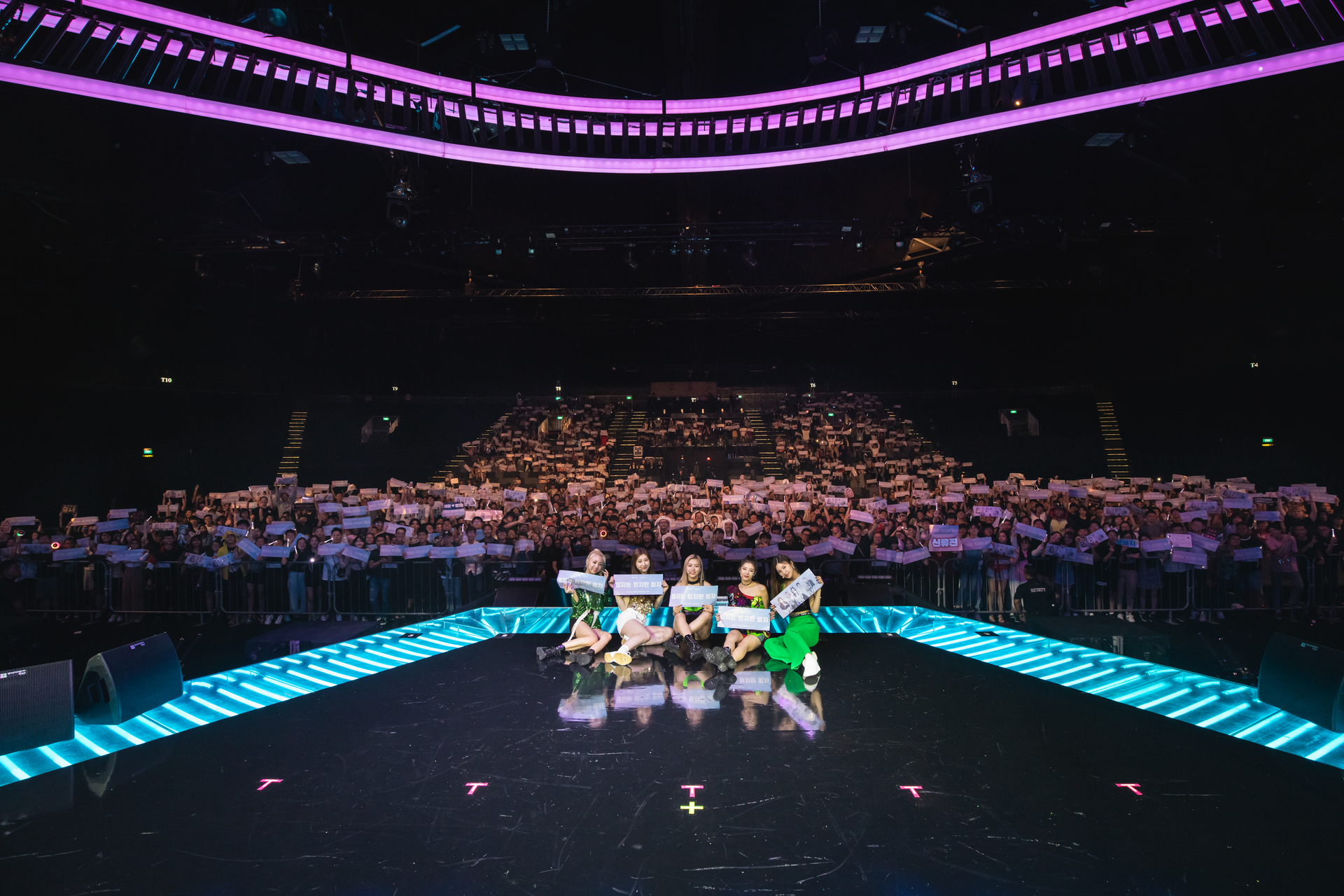 Wrapping the showcase up, Lia said: “I kind of feel sorry (as) we only had six songs today but we’ll make sure to come back again with better stages and more song for you guys.” Chiming in, Ryujin added: “You guys know that this year was our beginning. Now, we’ll do many things and I’m definitely sure we’ll come back to Singapore.”

Judging by the enormous success ITZY has achieved despite their young age, it’s certain that the group has the potential to break new boundaries and perhaps bring lesser known genres of music to a mainstream audience. We’re already looking forward to ITZY’s return!