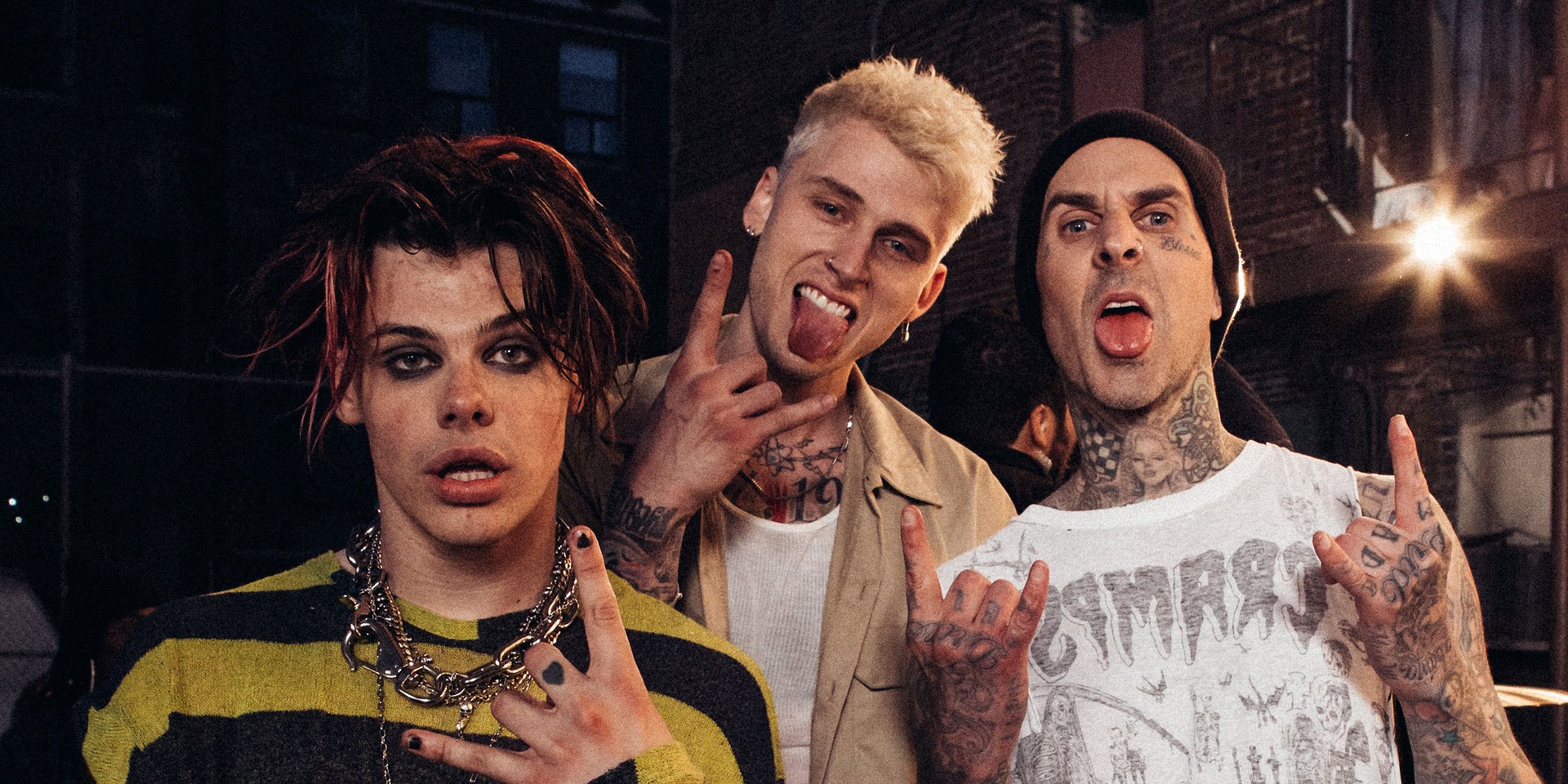 Machine Gun Kelly, YUNGBLUD and Travis Barker of Blink-182 have released the long-awaited music video for their collaborative single, ‘I Think I’m OKAY’. This comes after Machine Gun Kelly announced the release date for his upcoming album, Hotel Diablo.

The trio draws upon the ‘00s emo/punk aesthetic for an insanity-filled street party. Stop motion-type video footage, including one of Machine Gun Kelly's new head tattoo in commemoration of his new album, is interpolated between shots of the three of them playing to a large crowd in the middle of an alley. Paired with grainy, vignetted cinematic effects, the video pays tribute to the alternative scene of the early 2000s.

The music video was premiered on YouTube Premiere, and in less than 10 hours, it has accumulated over 498k views. Information is accurate as at time of publication.

Check out the official music video for ‘I Think I’m OKAY’ by Machine Gun Kelly, YUNGBLUD and Travis Barker below.