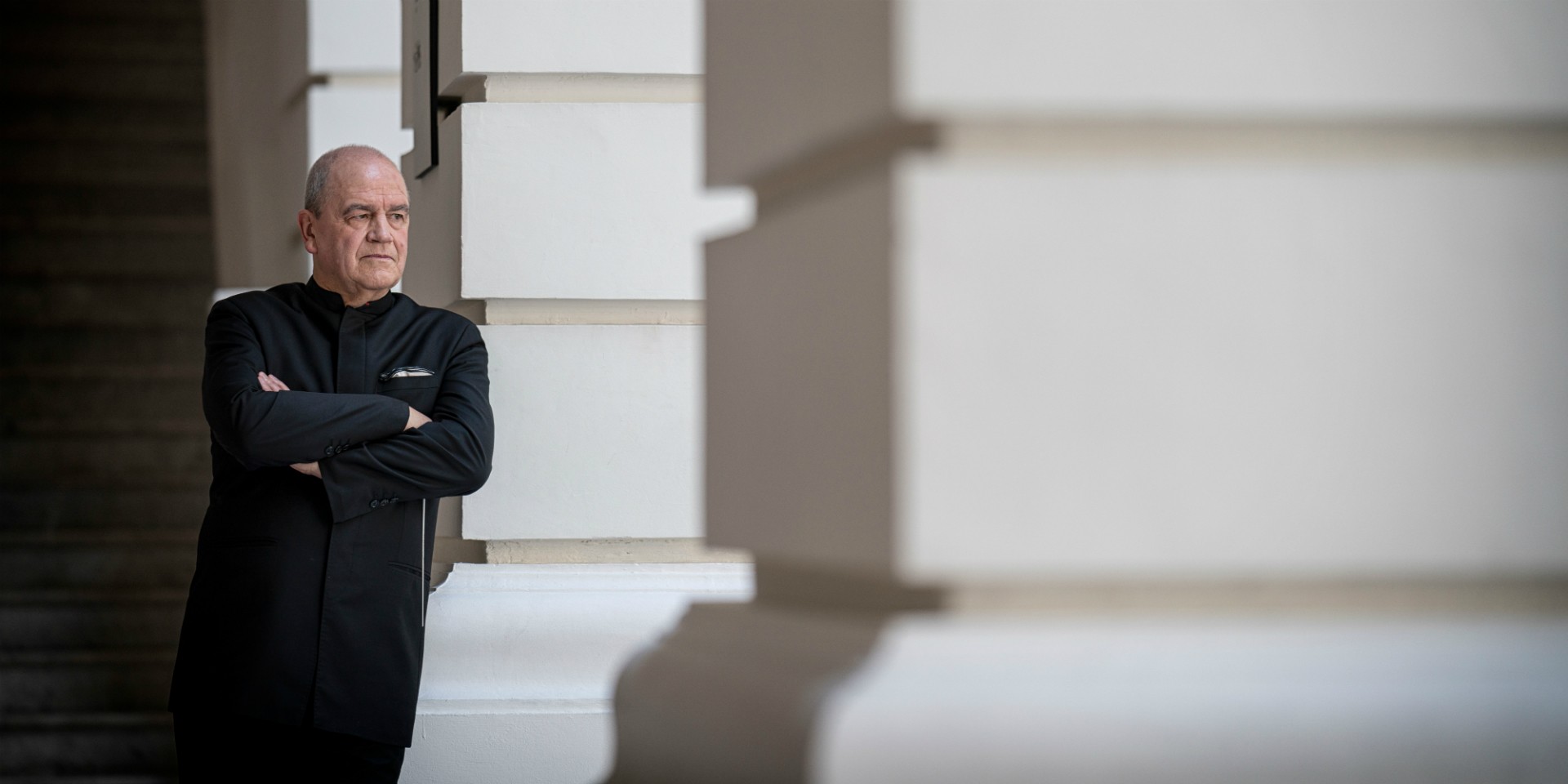 Spending months away from concert halls was not how Maestro Hans Graf had envisioned his summer to be.

It was initially set in stone for the newly appointed chief conductor of the Singapore Symphony Orchestra (SSO) to kick off their 2020/2021 season with a bang while welcoming many renowned international performers into The Esplanade and Victoria Concert Hall. With 18-20 weeks of concerts with orchestras around the world being called off, Maestro Graf instead devoted his time to pursuing his passions outside of music. "It's not fun, but it's what it is," he said.

Maestro Graf had taken over the baton last year from the former music director of the SSO, Maestro Lan Shui, who helmed the role for the past 22 years. With over 30 years of conducting experience under his belt, the Austrian conductor had previously led the likes of the Mozarteum Orchestra of Salzburg, Houston Symphony, and more. He had conducted the Singapore Symphony Orchestra three times back in 2015, 2018, and 2020 before officially starting his term in his new capacity this year.

With Covid-19 measures gradually easing in Singapore, things started looking up for Maestro Graf and the SSO with the launch of the SSOPlayOn! digital series. Coinciding with Beethoven's 250th anniversary, the upcoming repertoire was curated to celebrate the composer's achievements with performances of his seventh and third symphonies in December 2020 and January 2021 respectively. The concerts will also spotlight 13-year-old violin prodigy Chloe Chua in Mozart's second violin concerto, and principal cellist Ng Pei Sian in Shostakovich's first cello concerto.

"Now, the thaw has started and flowers have started to come out of the dead soil. It was very, very, very hopeful news for me that the SSO would be playing again," said Maestro Graf. 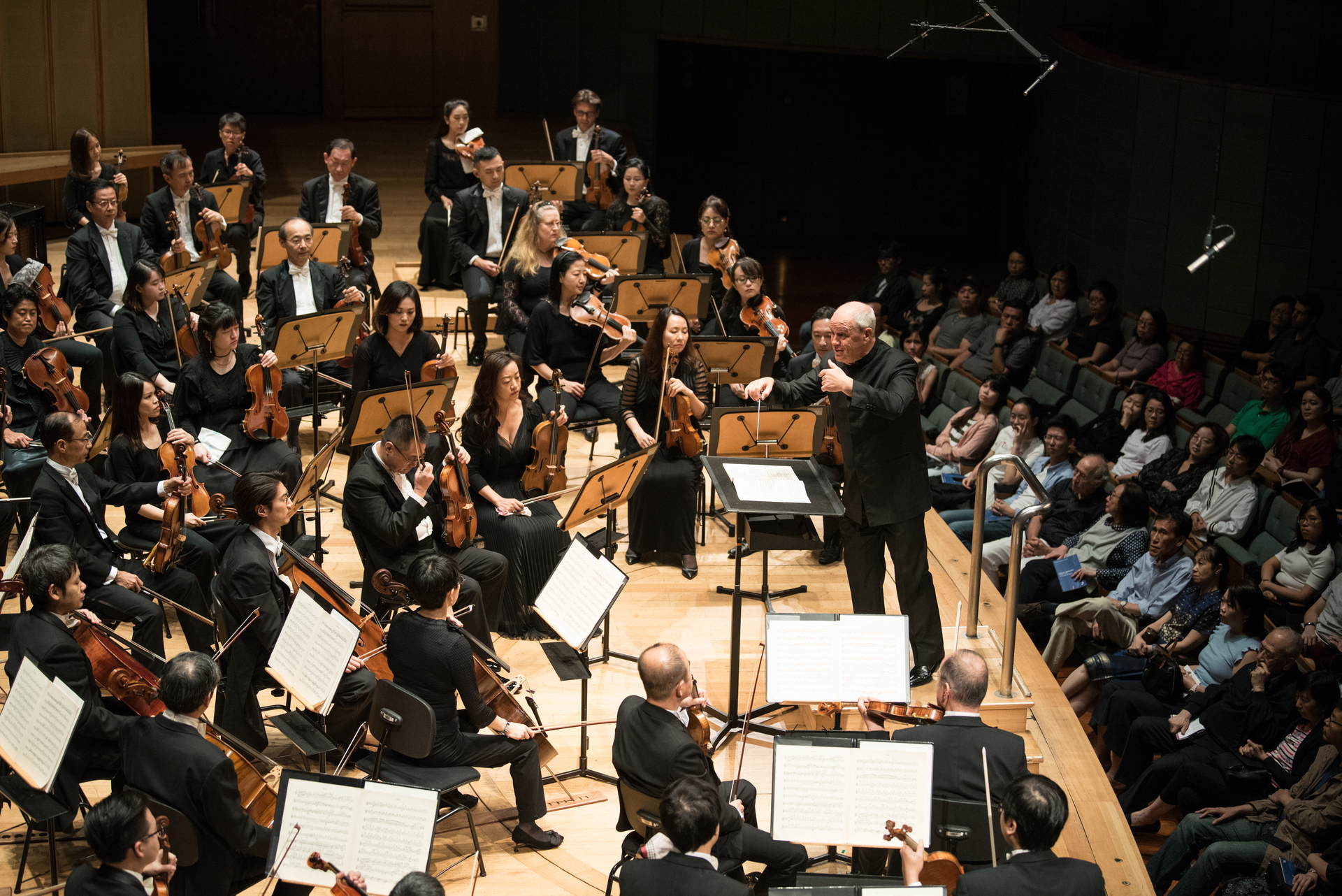 As we welcome Maestro Graf on the stage with the SSO, Bandwagon caught up with him on the orchestra's transition to digital performances, his vision for the orchestra, as well as the role of classical music in today's world.

Hi Maestro Graf, welcome to Singapore. What have you been busy with lately?

First of all, like most of us, I was not busy at all. We just had to get used to the idea that all our concerts and activities were just disappearing. It's no fun but it's what it is.

I personally found three months or more of complete standstill incredibly good for me to return to myself, not to be forced to deliver every day, every week, which sometimes empties your soul. I rediscovered my library because I had much more time to have a look at it. The quarantine was a happy absence from the concert stage - it was a fun and nice 'Biedermeier' life at home with my wife and daughter. I spent my days cooking a lot, finding out what my wine cellar has in store, and preparing lots of orchestra materials. But when the time comes, you need to move your limbs again.

How have you been finding Singapore so far?

What I enjoy in Singapore is that the orchestra is playing, the halls are still there and work well, and we can record digital concerts that people are interested in. What I frankly enjoy about Singapore – which is very bad for my health – is that you can eat very well. What I enjoy here is the omnipresence of a high level of great food, European food, Asian food, whatever you want is just there!

What are you most excited about your new role? What's your vision for SSO as the new chief conductor.

We are all hopeful and planning for the future. I hope to return to Singapore in early January to record more concerts. Everybody here is in a disciplined serenity, doing all the necessary things, and we are going forward strongly.

A post shared by Singapore Symphony Orchestra (@singaporesymphony) on Sep 10, 2020 at 6:00am PDT

How has the pandemic changed your initial plans for SSO's new season?

So, the metamorphosis of my concerts in Singapore was: in July, there was supposed to be a concert in Singapore, a concert in the Botanic Gardens, a tour to Tokyo - all of that vanished and completely dissipated into thin air. I didn't know whether I could come at all and when we thought we had an audience, there was no audience. There's no blame in that because you can't be a prophet: this pandemic takes turns or develops and we all have to be flexible. Finally, we agreed on two weeks in July which was heaven-sent.

We squeezed three programmes into those 14 days – fantastic! But there was no audience. And now, it's my second time in Singapore as Chief Conductor, and we are doing three great programmes in almost the same conditions as the first time, with slightly bigger orchestras – we can play symphonies! 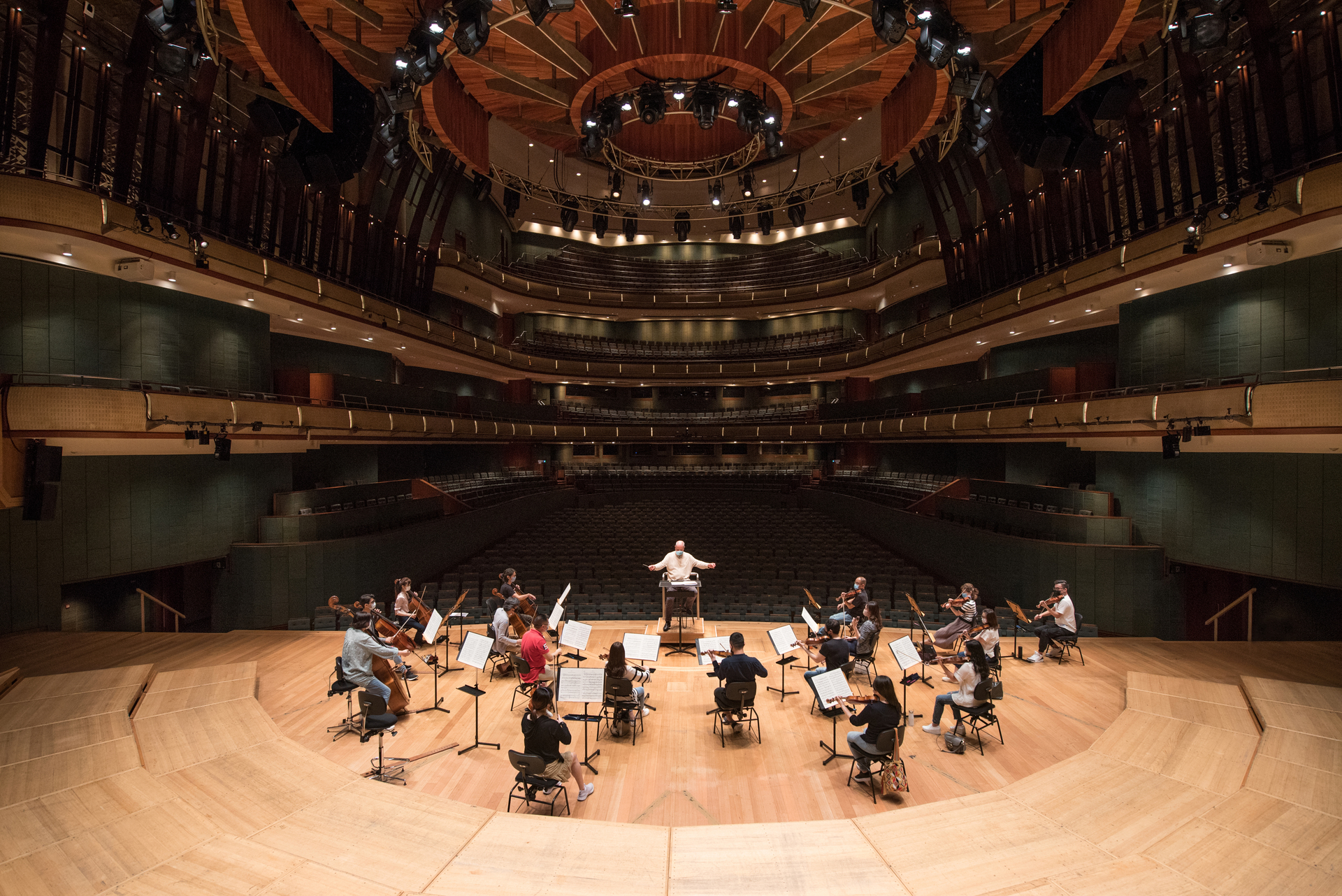 What were some challenges that the orchestra faced having to pre-record performances to be released on digital versus performing in front of a live audience?

We are used to recordings and this is an art per se, but what you really need is to communicate: a live audience is a stimulus for us. You want to play for someone. It’s like if you speak to a wall and try to be emotional. Or if you're an actor, acting to an empty room. The same with music. You play music for others. Music is a very noble, different, and unique way of communication – but communication is not one-sided, there must be the other end.

You’ve been a conductor for over 30 years, but it’s probably your first time beginning your time as a chief conductor of an orchestra during a pandemic. In these difficult times, what would you say to encourage classical musicians and music lovers?

I know music in a live concert is what many friends of mine are longing for. It's like the noblest food – not just as Shakespeare says for love, but for your soul. And I know many people had tears in their eyes when they heard live orchestra again after a period of drought in a musical desert.

People will be very very happy to hear the orchestra again, to get this consolation, this enrichment, and this deep impression of music which you can take home, fed with some of the greatest food for your soul that humanity has produced. And I think it's necessary for the well-being of a city, country, or society's soul.

A post shared by Singapore Symphony Orchestra (@singaporesymphony) on Oct 16, 2020 at 6:00am PDT

Maestro Hans Graf will be conducting the Singapore Symphony Orchestra in their upcoming concerts in November, December, and January. Get your tickets here.