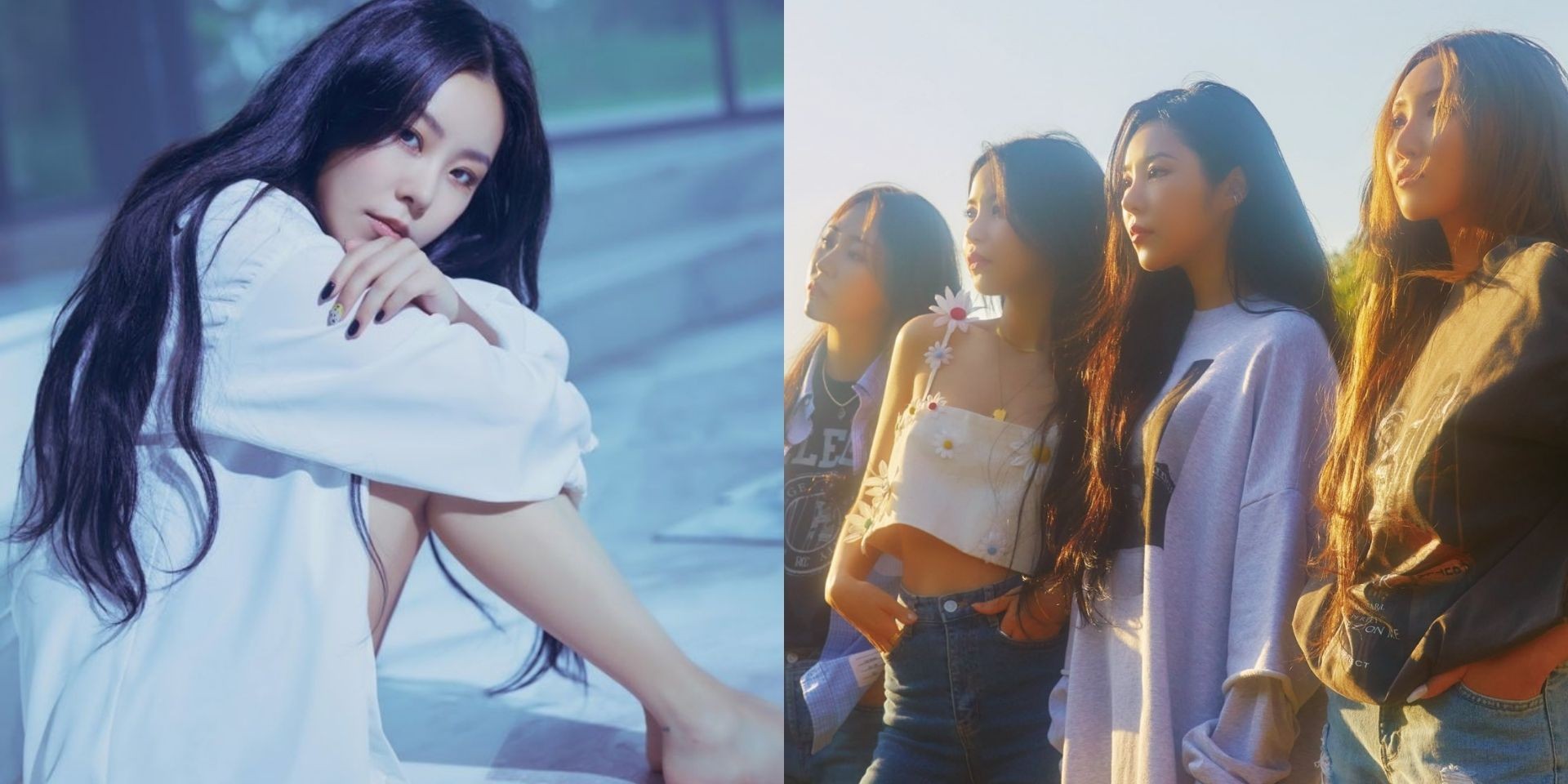 MAMAMOO vocalist Wheein has confirmed that she will be leaving RBW.

The news broke following speculation that the singer had not renewed her contract, and was confirmed today (11/6) by RBW representatives.

According to a statement, Wheein has decided not to renew her contract with RBW, but will continue to participate in MAMAMOO-related activities until December 2023. The girl group will still proceed with their ongoing comeback promotions and forthcoming summer concert. You can read the statement in full below:

"Hello, this is RBW.

First, we would like to sincerely thank everyone, including Moomoo (fans of MAMAMOO) both in Korea and abroad, for loving and supporting MAMAMOO.

We have renewed our contracts with three members of MAMAMOO: Solar, Moonbyul, and Hwasa. [The contract renewal was] based on mutual faith and trust, and we promise to give them our generous support so that they can fulfill their dreams in music activities and various fields.

MAMAMOO’s Wheein has been in in-depth discussions with us like the other members for a long time, but in the end, she decided not to renew her contract. Hence, we would like to inform you that our exclusive contract with her will be terminated.

We fully respect Wheein’s choice, and we sincerely wish Wheein, who is starting a new chapter in life, happiness and good fortune. We would like to thank Wheein for shining with us for the past 7 years.

However, all four members have unchanging affection for MAMAMOO, so Wheein signed an extended agreement to participate in some activities, including albums and concerts, until December 2023. MAMAMOO’s music will continue as much as the great love fans have sent them, and we will inform you about the specific future activities later.

MAMAMOO is currently preparing for their summer concert. They will show good music and activities separately and together as MooMoo’s best friend, so please continue to give them warm encouragement and support.

Fans of MAMAMOO, also known as Moomoo, have shared their well wishes for Wheein on Twitter:

we have confirmed ot4 until december 2023, so during that time there will be more mamamoo albums and concerts

here’s a promise that i’ll enjoy the next two years with my ot4 to the fullest and that i’ll support whatever they choose to do thereafter ♥️🥺 pic.twitter.com/zlKbXHIUS3

Wheein's departure comes shortly after the release of the group's fourth mini-album, WAW [Where Are We]. In April this year, the singer also debuted as a soloist with the mini-album, Redd.

Listen 'Where Are We Now' below.