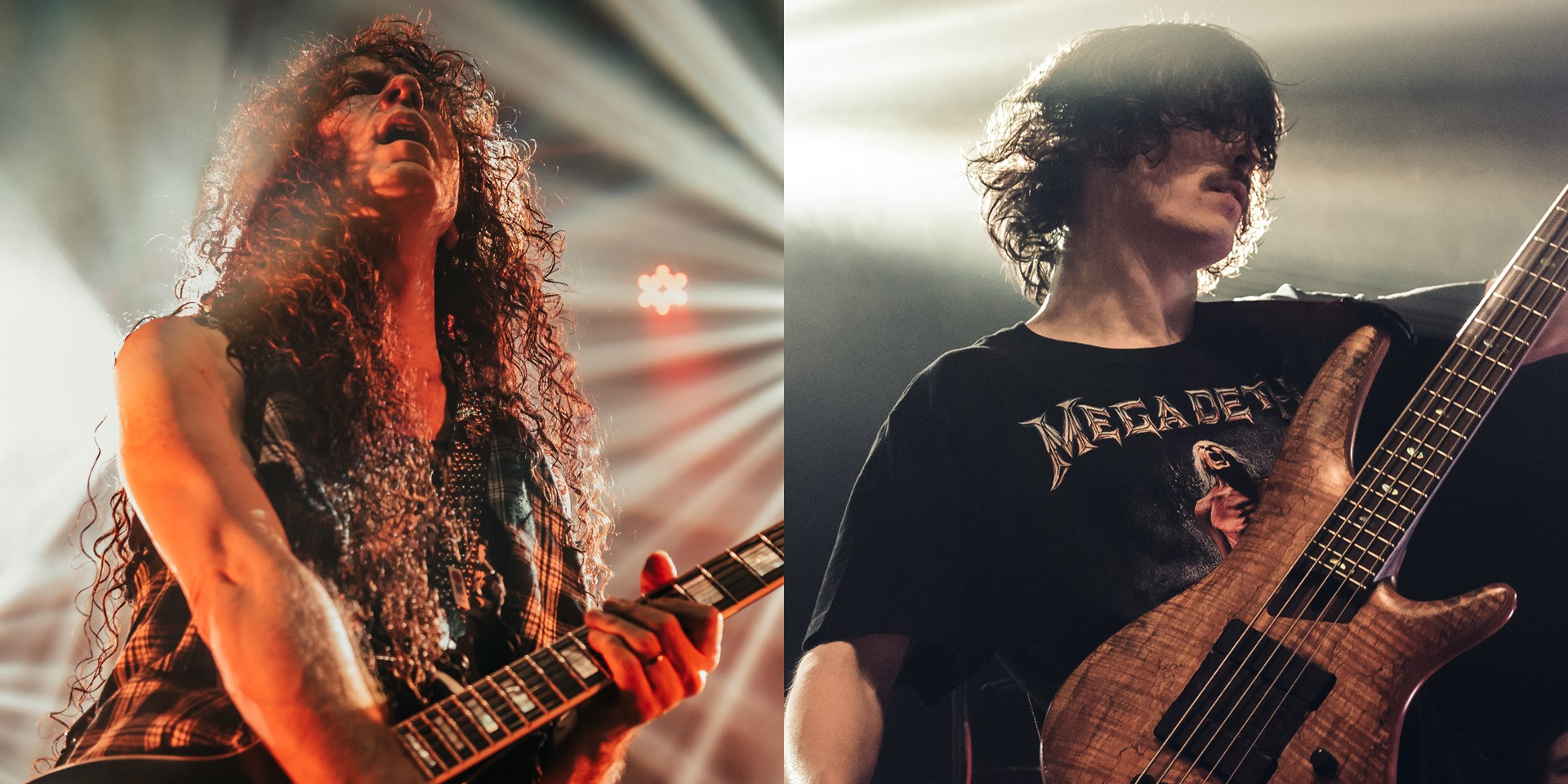 At 1 p.m. on Friday (11/30), seven hours before Marty Friedman and Polyphia would take the stage, guitar freaks and instrumental prog-rock fans line up under the blazing sun outside Studio 72 in Quezon City. The afternoon heat doesn't seem to bother them. They're patient and determined, ready to have themselves scorched by face-melting solos from two different generations of skilled musicians.

A spectacle of lights welcome legendary guitarist Marty Friedman and his Japanese band Dps as they make their Manila debut, opening with 'Amagi Goe.' The former Megadeth guitar player wows the audience with his virtuosity and growth toward the J-Rock spectrum and reveals how well his years in Japan have treated him. 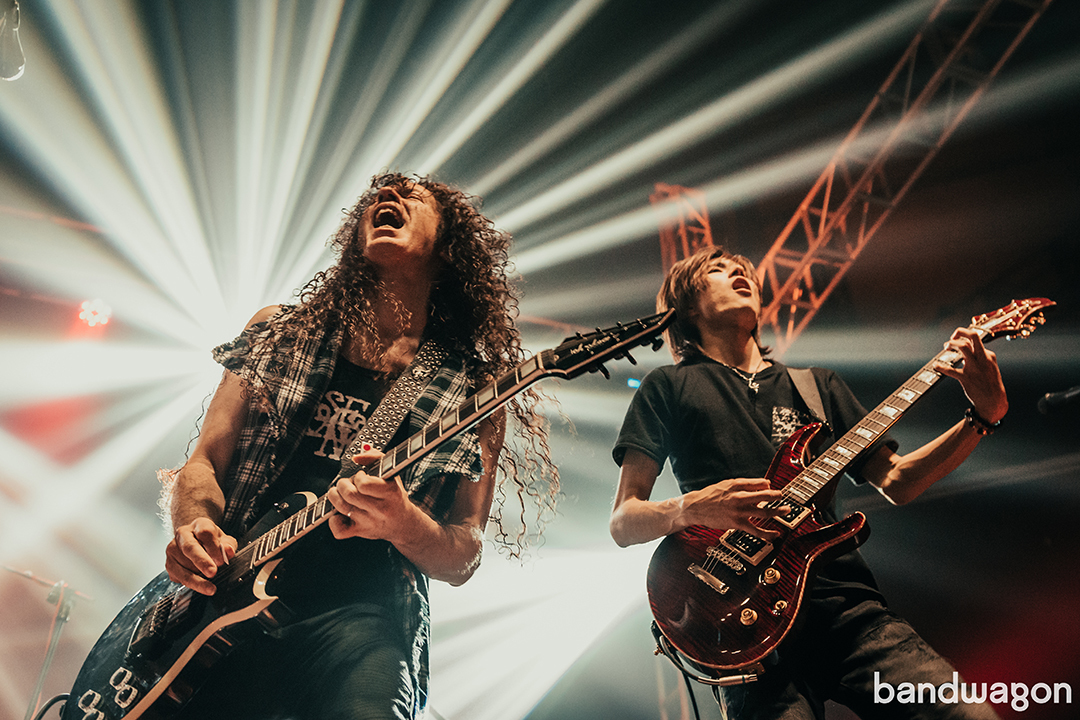 Friedman subsequently gives the crowd a little Japanese lesson: "Next time you guys go to Japan, and you wanna say 'tangina'—I'm gonna teach you how to say it right now," he says into the mic just before the audience chants the words "maji pane" over and over, filling the venue with angst worthy of a stadium show.

From wild guitar solos, Friedman transitions to a power ballad called 'I LOVE YOU,' sung by Dps vocalist Ryosuke Kimura, and steers the crowd further with 'PerfectWorld' and 'UnderTow.' 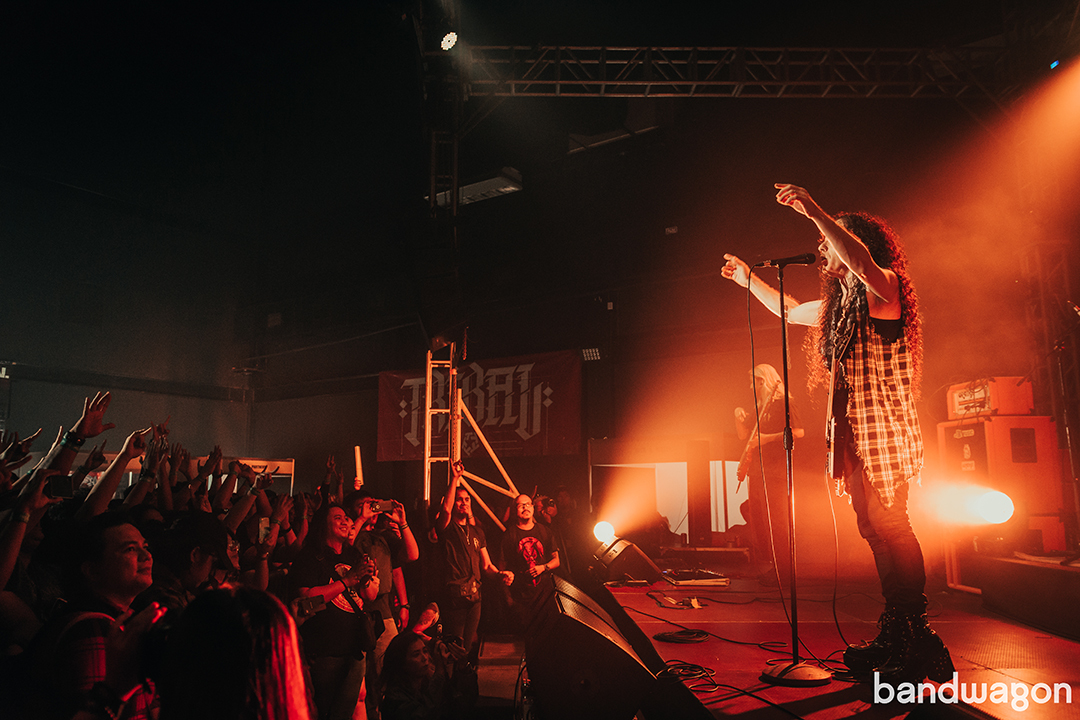 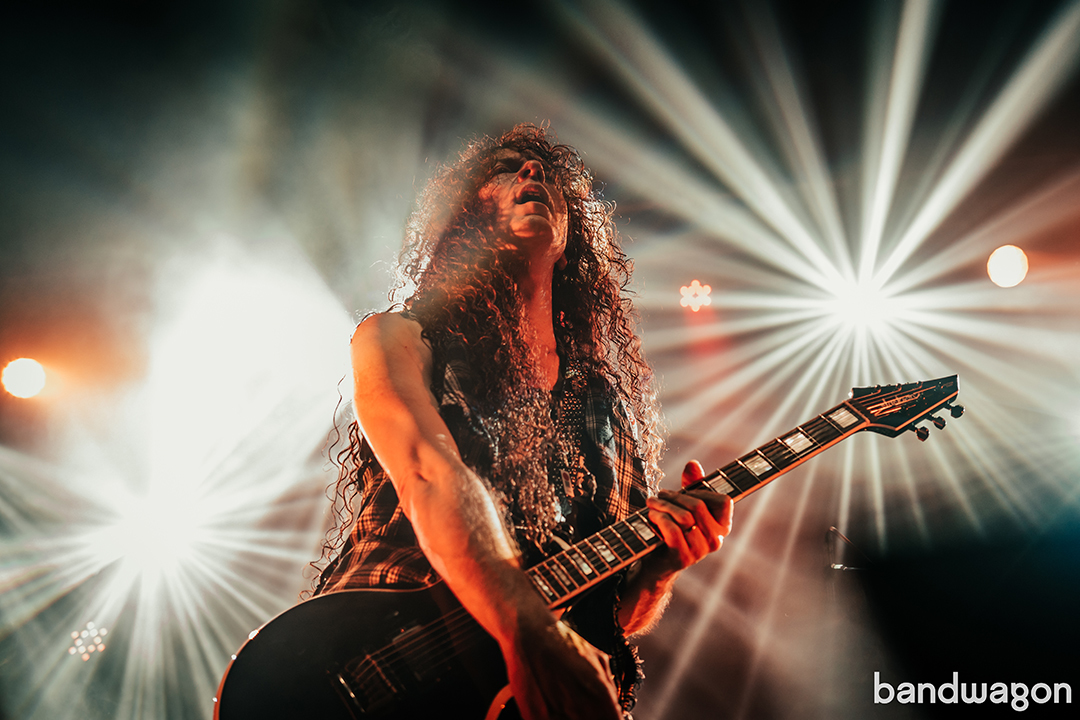 While Friedman has decades of experience behind him, Polyphia share fresh eyes on their first tour through Southeast Asia. Hailing from Dallas, Texas, the instrumental quartet have come a long way since going on their first tour across North America with British progressive metal band Monuments in 2014. They stand taller, more confident and sure of themselves, having ditched their suits (and later on Jedi-esque robes in their Renaissance era) for oversize shirts, designer pants, longer hair, and more tattoos.

Polyphia open their set with 'G.O.A.T.' and 'O.D.,' off their third studio album New Levels New Devils, which dropped earlier this year. As the crowd bob their heads to the hip-hop beats rolled out by drummer Clay Aeschliman, guitarists Scottie LePage and Tim Henson stand steadily on opposite ends of the stage with bassist Clay Gober wildly snapping his neck center stage. 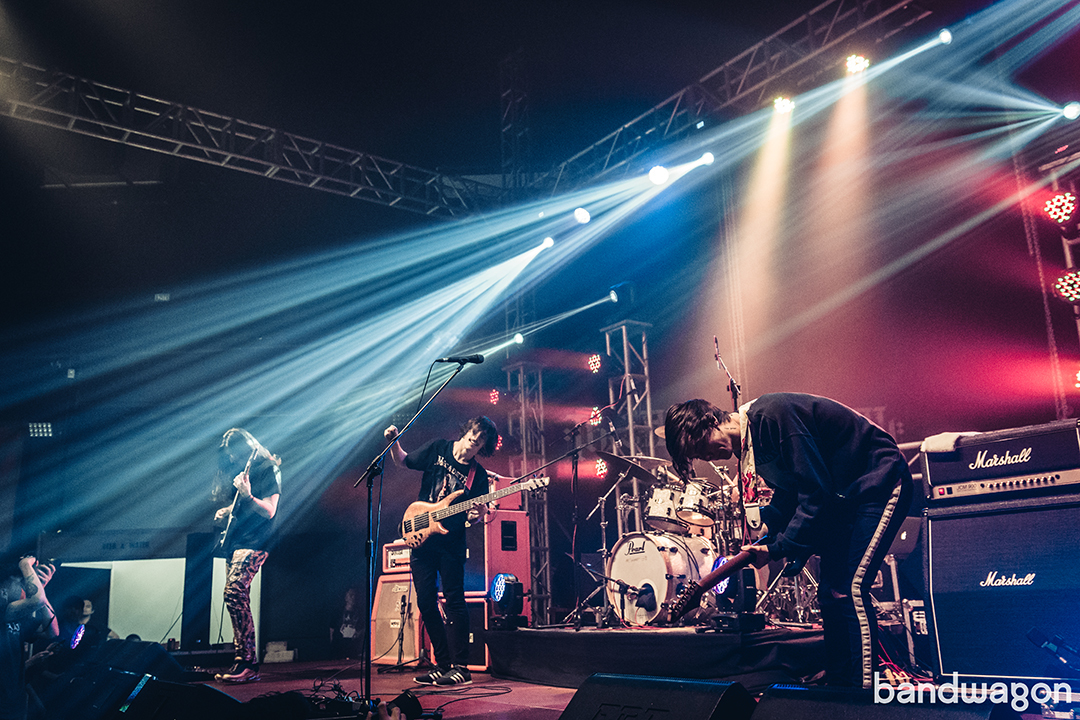 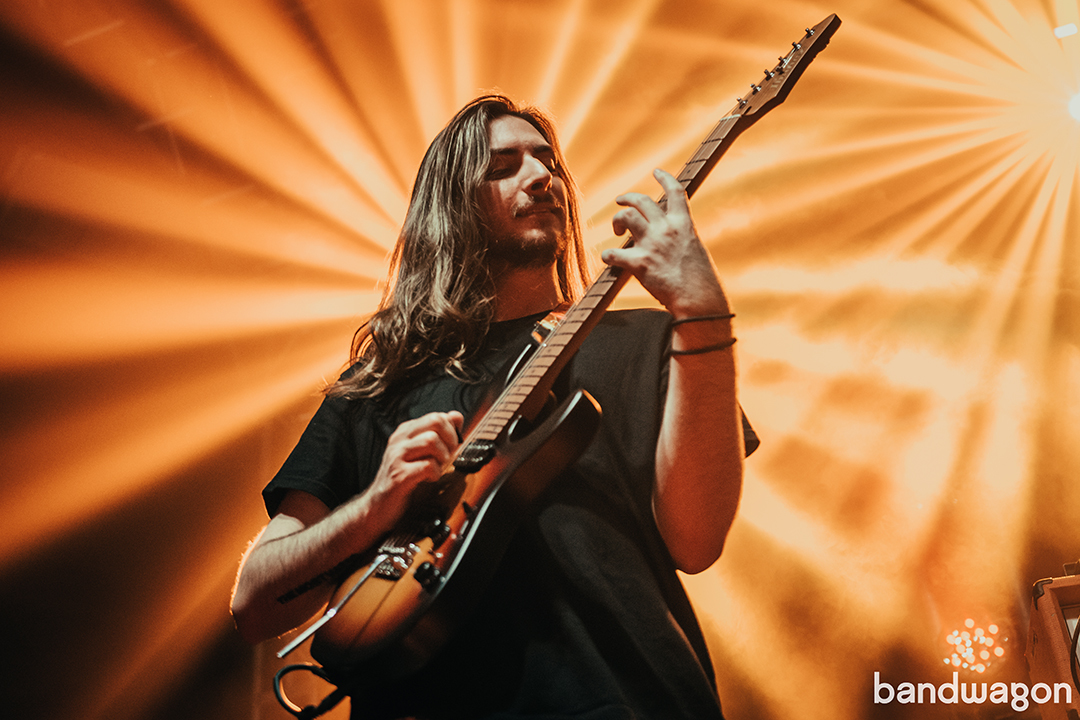 Polyphia go back in time with 'Champagne' and 'James Franco,' off their first full-length album Muse and skip to their 2017 heavily hip-hop based EP The Most Hated with 'Icronic' and '40oz,' but even when they jump through their different eras in music, the crowd continues to cheer for every song. LePage and Henson finally loosen up and move around the stage to press foreheads with Gober, who then fiddles with tremolos to add vibrato to guitar licks.

Gober stands as an excellent frontman for the band. He keeps the crowd alive and screaming throughout their 16-song set, calling their Manila audience the loudest they've had on the tour so far. While displaying his hyperactive and carefree demeanor onstage, his energy doesn't wane one bit. Gober, who might be on a Bohemian Rhapsody high, even gets the audience to chant along to his crazed rendition of Freddie Mercury's famous "Ay-Oh" moment from Live Aid. He later on throws himself to the loving crowd after performing 'Yas.' 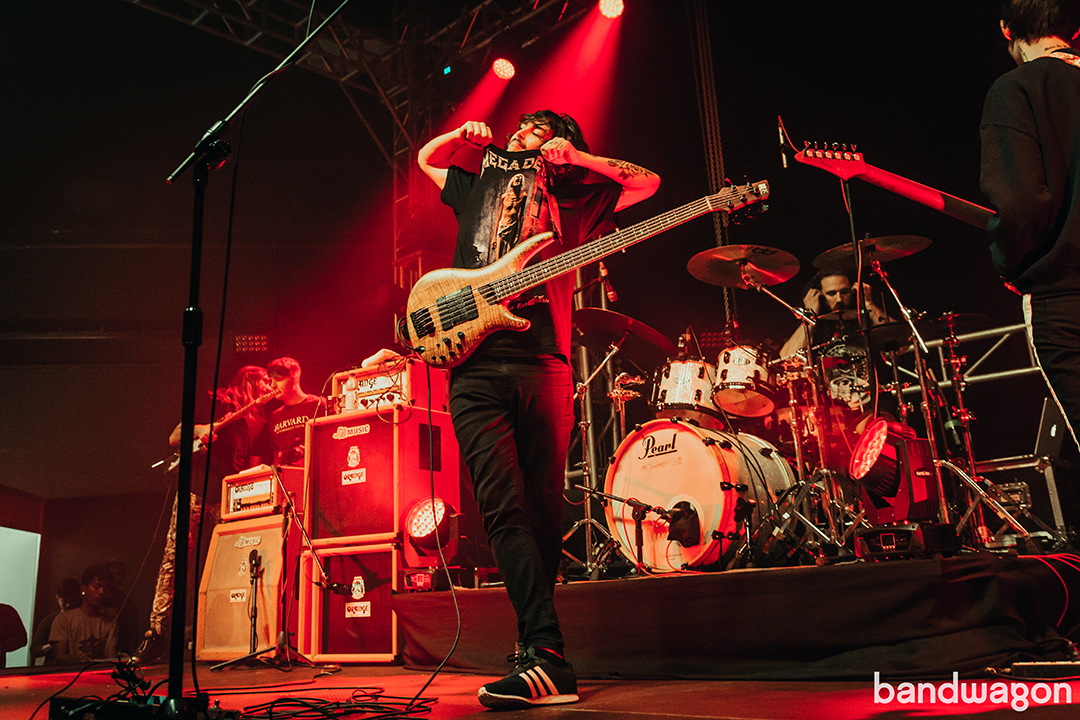 Polyphia burn the stage with a captivating presence packed with energy and resolve, despite missing a few notes due to fatigue or tipsiness. While technical difficulties at the beginning of the set and shrill notes their engineer could've saved from the sound board came about, the band carries on to 'Crush' without distraction. 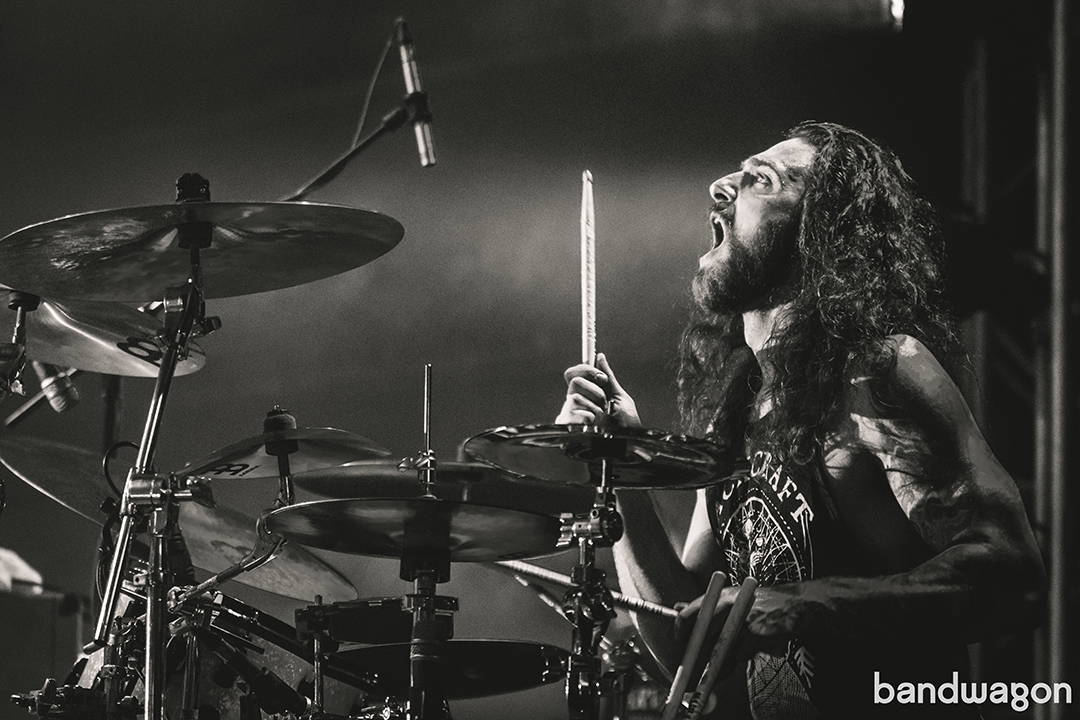 Watching Polyphia perform live is a euphoric experience for both enthusiasts of technical music and aspiring guitar shredders. The way they carry themselves onstage should be set as a benchmark for artists who want to give their all and make the audience feel like they came to the right show. They are, after all, a bunch of 20-somethings hungry for music and have a lot more to offer. Should they come back to the country in the near future, it would definitely be the ‘G.O.A.T.’ 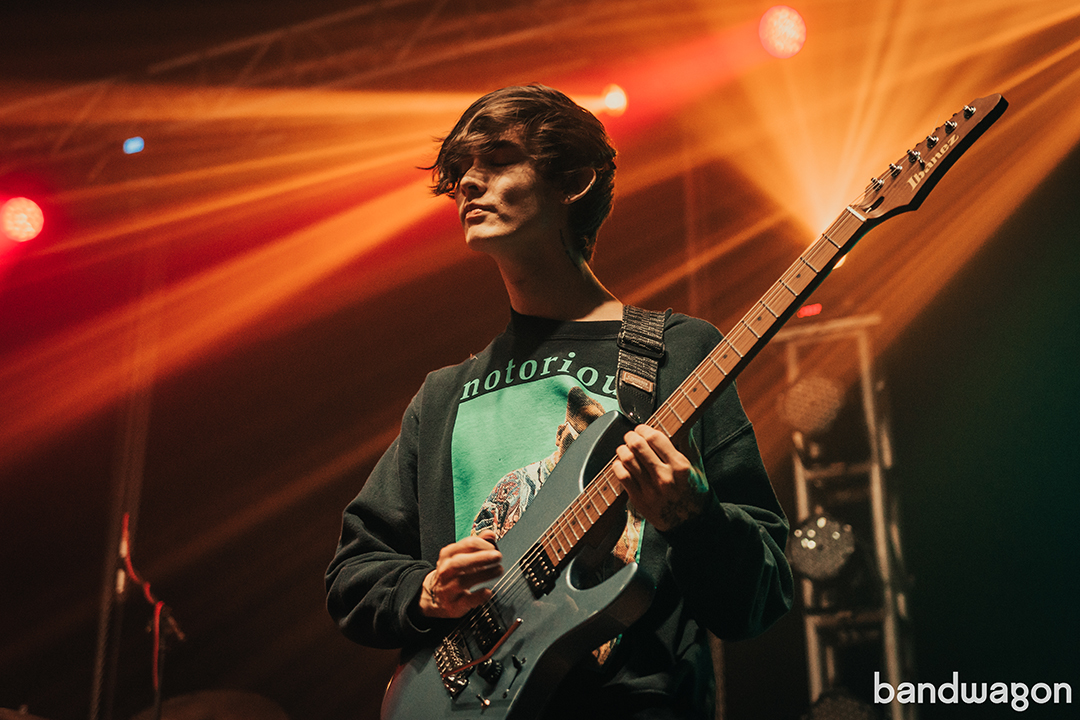 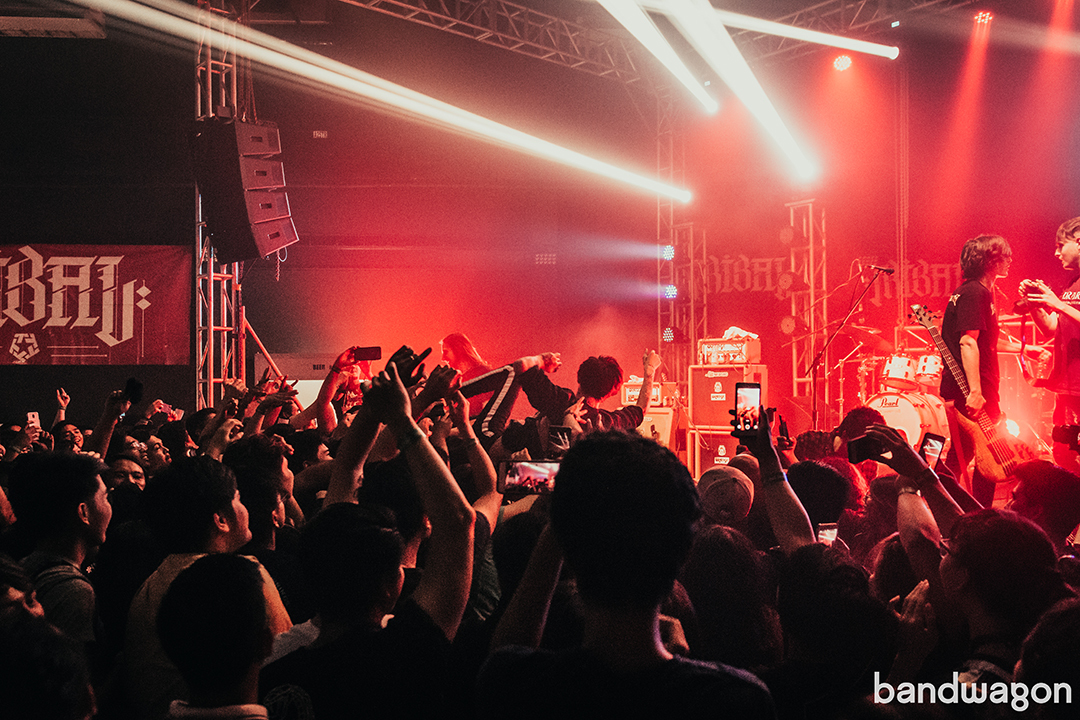 Special thanks to Numinous for inviting us to the show.