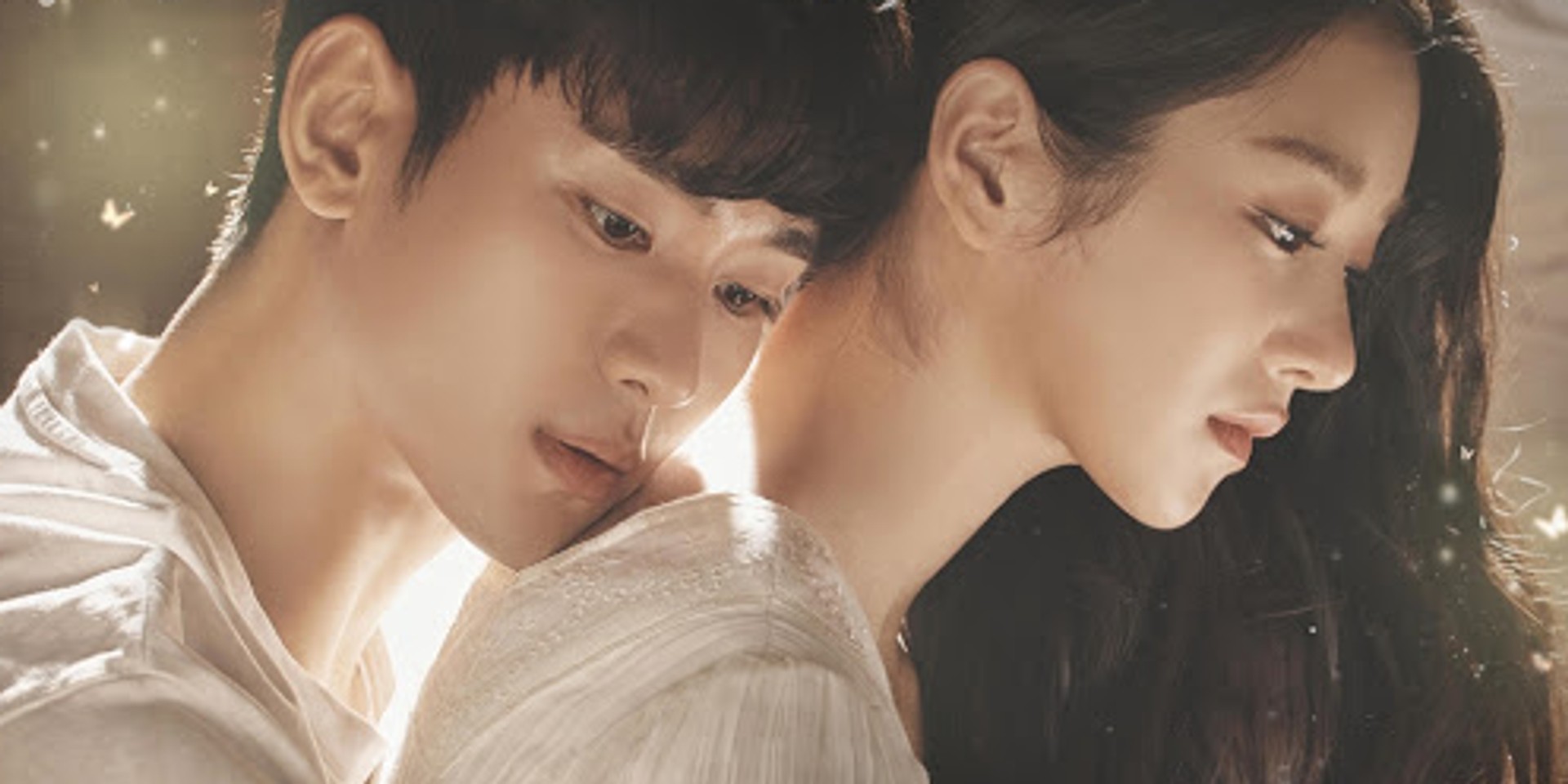 Bedtime stories that turn into nightmares and hallucinations that morph into reality - the latest K-drama blockbuster 'It's Okay To Not Be Okay' brings one through a journey of healing, learning, and respect.

Music Director Nam Hye Seung on creating the soundtracks for Record of Youth, It's Okay To Not Be Okay, Crash Landing on You, and more

Using symbolism to outline pertinent issues such as mental health issues and developmental disorders, and making references to fairy tales and children's literature, each episode leaves viewers with a puzzle that is waiting to be pieced together. While 'It's Okay To Not Be Okay' is an emotional rollercoaster for both the viewers and the characters, the darker undertones of the series make it far from being a romantic cliche.

Aside from the protagonists' unexpected romance taking the center stage of the plot, Oh Jung Se, who plays Moon Sang Tae, Kim's older brother diagnosed with autism, is a lovable character who also highlights several topics which are left untouched in our society. Be warned - spoilers ahead! Finish up the series before you embark on this.

Not only does 'It's Okay To Not Be Okay' tell a story that warms the hearts of readers, the original soundtrack that accompanies the series is seamlessly woven into the ups and downs of the plotline. The ending theme 'You're Cold' by HEIZE is by far the most iconic song from the show.

You’re so cold and you’re so hurtful
But I wonder why, I can’t let you go

If a book’s ending was cold, I wouldn’t even read it
Who would smile while listening to a sad story?
But strangely, I keep opening you up
Page by page, I’ve fallen deeply as I read into you

At the beginning of the show, Ko Mun Young bared her cold personality as someone who acts on impulse and often uses violence to solve problems. As a children's book writer, she drew flak from parents of the children who read her books and caused mayhem at two press conferences - both situations of which Moon Sang Tae happened to find himself in.

As a psychiatric caregiver, Gang Tae had a soft spot for Mun Young since their first meeting, as she reminded him of a girl from his childhood days. In the moments where their gaze happened to meet, 'Breath' by Sam Kim enters the scene as the lovers are starstruck by each other's presence.

At the end of episode five, viewers are introduced to the cursed castle which Mun Young grew up in since her childhood, together with a nostalgic flashback to when Gang Tae delivered flowers to her doorstep as a child. As they found themselves in a parallel situation years later, 'In Your Time' by AKMU's Lee Su Hyun floods the scene.

After meeting you once again

I’m finding the pieces of you that have been erased

Past the painful times

I’m holding onto you

I’m still living in your time...

While Gang Tae calms Mun Young down from a nightmare of her mother haunting her in her sleep, Park Won's 'My Tale' puts an end to her misery as she sobs into the arms of Gang Tae.

When will you know
About these rising feelings?
Every night, I read you
But I want to read you again
My Tale

At certain junctures, Janet Suhh's 'In Silence' enters to fill the gaps when the Gang Tae is at a loss for how to resolve problems, especially when his brother is in a position of emotional pain which he is unable to relate with.

Bare your soul to me
Here I stand for you
Stop crying your heart
Days will come for you, for us

After being around Sang Tae, Mun Young starts to accept him for his personality flaws, despite society labeling him for being socially inept as an adult diagnosed with Autism spectrum disorder. Across the episodes, we start to see the shift in Mun Young's personality and how the brothers have shaped her into a kinder person who learns to understand emotions. 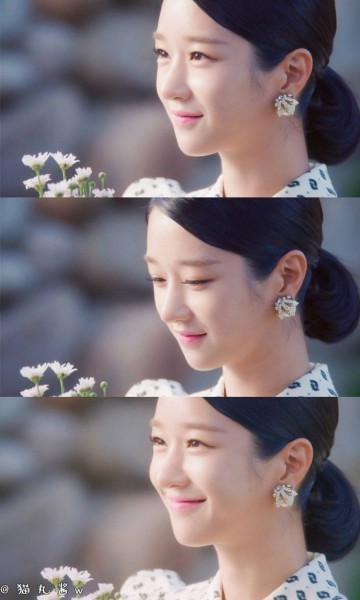 Episode 11 ends on a light-hearted note, as Sang Tae tells the story of The Ugly Duckling. Sharp-eyed viewers may draw a parallel to his personal life, however, the ending scene depicts them linking arms and walking together without anyone being left out. The scene is joined by CHEEZE's 'Little By Little'.

I wonder what’s outside In that world

Will they all be forgotten?

Even if it’s just a moment 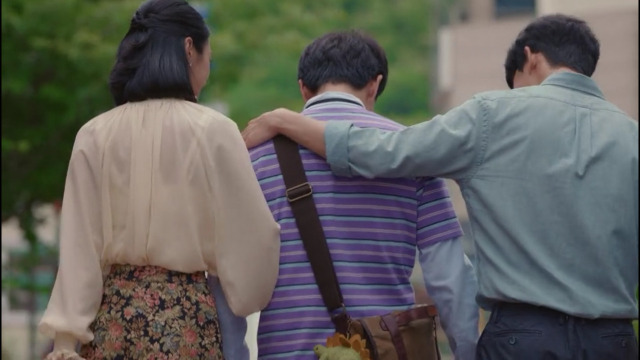 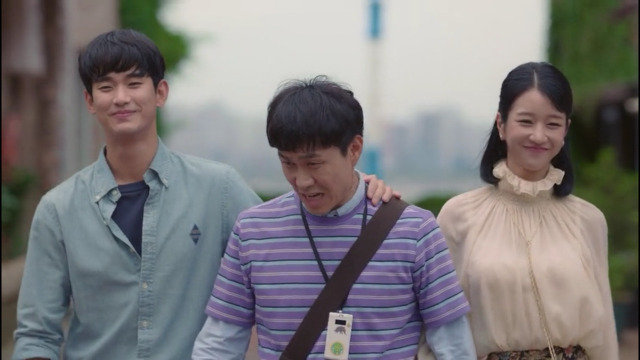 It is at the end of episode 12 where viewers see the most radiant smile on Mun Young's face as she posed alongside Sang Tae and Gang Tae in their family portrait. Gang Tae's tear-jerking line "I'm not too late, right?" as he walks into the photo studio dressed up in a tuxedo is then followed by YONGZOO's 'Puzzle', a light-hearted song which symbolises the temporal happiness of their reunion.

Cause you're the reasons of my life
Everything is full of you.
It filled with to overflowing

Not even one thing.
It can't be completed without you.
You're the last piece.

As the finale of episode 16 unveils itself tonight, 'It's Okay To Not Be Okay' will live on in our hearts with its spectacular OST that reminds us that emotional pain, love, and longing is all part of our journeys.

Listen to our picks from 'It's Okay To Not Be Okay' in the playlist here:

Stream the rest of the soundtrack here: