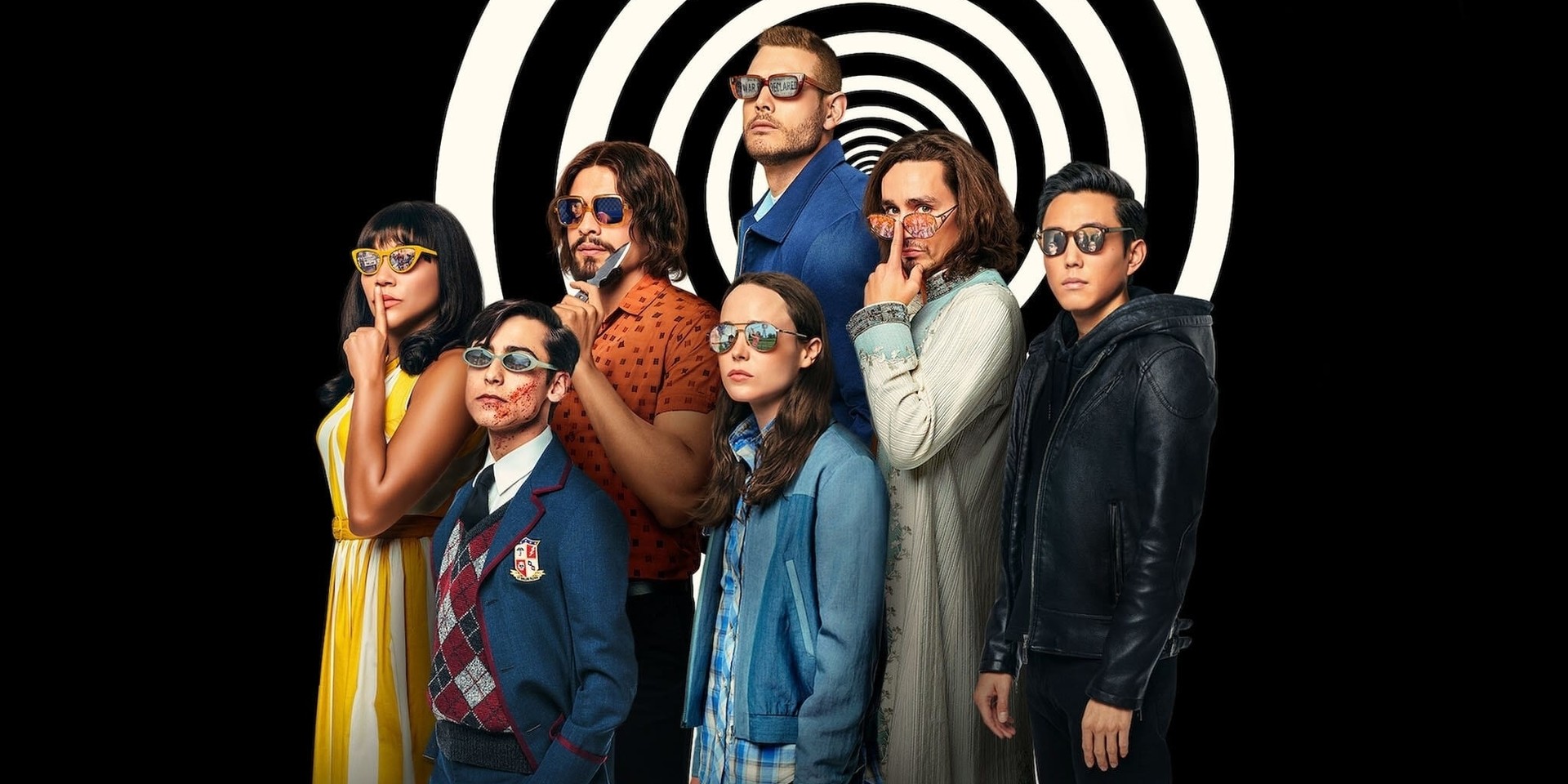 Netflix's The Umbrella Academy is back for another season and where do we even begin to describe it? From a Swedish Mafia to a passionate cult (or should we say "alternative spiritual community"), this season was a rollercoaster to watch unfold. But, beyond the intense fight sequences and countless attempts to stop the apocalypse, these new episodes of The Umbrella Academy are full of bopping tracks and toe-tapping tunes.

Music has always been an important aspect of the show, with songs sometimes dictating how a scene runs. “We do things differently on the show. Most shows finish the scene, the shooting, and then they add the music afterwards. I pick the songs mostly ahead of time. I put them in the scripts. Sometimes I even hear a song and then I decide what scene I want to write with that song in my mind," says showrunner, Steve Blackman via Den of Geek. Besides, with The Umbrella Academy being based on a comic co-created by My Chemical Romance's Gerard Way, music excellency is to be expected.

There are so many incredible songs this season. From classic tunes to creative covers of the hottest pop tracks, it was definitely a challenge to narrow it down. Nonetheless, here some of the soundtrack standouts of The Umbrella Academy Season 2, in no particular order. Be warned, there might be some spoilers so, if you haven't finished Season 2, turn away now! Happy listening!

Maxine Nightingale - 'Right Back Where We Started From' (Episode 1)

Maxine Nightingale's retro bop 'Right Back Where We Started From' kicks off the new season. And, appropriately so, as the Hargreeves figuratively find themselves back where they started from Season 1 - separated from one another and with an apocalypse looming. Serving as the backdrop of the siblings' arrival to Dallas, Texas in the 1960s, the track beautifully sets the time period for the entire season.

What's a season of The Umbrella Academy without an adorable dance party with the Hargreeves siblings? Following up the iconic 'I Think We're Alone Now' dance number from Season 1, this new season gives us a whole new dance sequence - this time in an old-fashioned salon. In Episode 5, we witness a cathartic scene with the Hargreeves, in particular Klaus, Allison, and Vanya, twisting all their worries away to the 1960 classic 'Twistin' The Night Away' by the King of Soul, Sam Cooke.

Soundtracking a thrilling fight scene between Five and Lila, The Interrupters' ska rendition of Billie Eilish's Bad Guy perfectly encapsulates the tension between the two characters at this point of the story, with them seemingly becoming each others' "bad guy". While the song choice is definitely not a usual one, the steady yet explosive guitar strumming, the crescendo of drums, and the infectious two-beat rhythm make for the perfect song to score a fight montage. Plus, it's ska Billie Eilish, duh.

Known for their heavy rock sound and carefree, punk energy, KISS' tracks are the perfect fit for a battle montage. The band's hit song 'I Was Made For Lovin You' plays during a fight between Five, Diego, and Lila, and The Swedes. Like a match made in heaven, the song's drop beautifully coincides with the moment Diego gets strangled - marking the start of one of the most creatively executed fights scenes in the whole season. Ironically enough, however, the song narrates the complete opposite of these characters' stories, with all of them seemingly "made for combat" rather than love.

Covers of popular pop tracks have been a notable trait in the season's soundtrack, one of them including Daniela Andrade's harrowing and subdued rendition of Gnarls Barkley's 'Crazy'. Daniela's sweet and gentle vocals juxtapose Diego's (almost painful to watch) escape from a mental health facility, after being abandoned by Five and called "crazy" by people in the '60s for wanting to stop the assassination of then US president, John F. Kennedy. Coupled with incredible cinematography, this can be regarded as one of the most memorable scenes of the season.

Here's a look back on the songs of Someone Great

Played in one of the very few moments of triumph for the racial civil movement portrayed in the show, Sam & Dave's 'Hold On, I'm Comin' serves as a power song for Allison and her husband, Ray as they shop in stores not meant for "coloured folks". Demonstrating her power to Ray, Allison persuades a racist salesperson to try on and presumably take whatever they want.

How are you going to have a show based on Gerard Way's comic book without having him on the soundtrack? Gerard Way's 'Here Comes The End' featuring R&B singer-songwriter Judith Hill fittingly concludes Episode 9 as The Handler declares "war" and enacts her newest plan to stop the Hargreeves siblings. The song also accompanies the show's Season 2 trailer.

The Backstreet Boys' hit song 'Everybody' soundtracks a fight scene. Yes, you heard that right - a fight scene! Imagine it - Allison in a gruesome and awfully bloody battle with The Swedes and Klaus struggling to push Ben out of his body, all while the classic 90s bop plays in the background. While it shouldn't work, it strangely does. "Music is its own character on the show, and it’s fun to counterpoint a song against a scene where they shouldn’t fit together but amazingly they do,” says Steve in an interview with Parade.

Funny enough, the song starts off with a deadpan Klaus quoting the song's lyrics as his last words of wisdom to his "alternative spiritual community" before running off to what would be the siblings' first attempt of escaping the '60s.

We've all had those moments of heartbreak and tears where all we want to do is bundle up and turn on some Adele. This one is no different. After the tragic death of the youngest of The Swedes, the remaining two bid farewell to their fallen brother, Valhalla, with an emotional send-off, all accompanied by a melancholic and heart-wrenchingSwedish rendition of Adele's 'Hello' by My Kullsvik.

In an interview with Den of Geek, Steve mentions that this is one of his favourite tracks from the season. “I really love our Swedish version of ‘Hello.’ It’s from a young woman from a small town in Sweden who I found on YouTube. It’s just so unexpected because you hear that opening riff and you think, ‘Oh, I know this song.’ and then you’re like, ‘Wait a second. There’s something different about this,' he says.

Fight scenes are aplenty in The Umbrella Academy, it is a superhero show after all; but with the dozens of kicks and punches we've seen throughout the season, this is probably the more important one. Played during the epic fight between Diego and his father Reginald, The Spencer Davis Group's I'm A Man marks an important moment for Diego's character. After years of continuously wanting to be a hero (or "Number One") in the eyes of his father, this is the moment he proves so.

Listen to the entire soundtrack of  The Umbrella Academy Season 2 here: