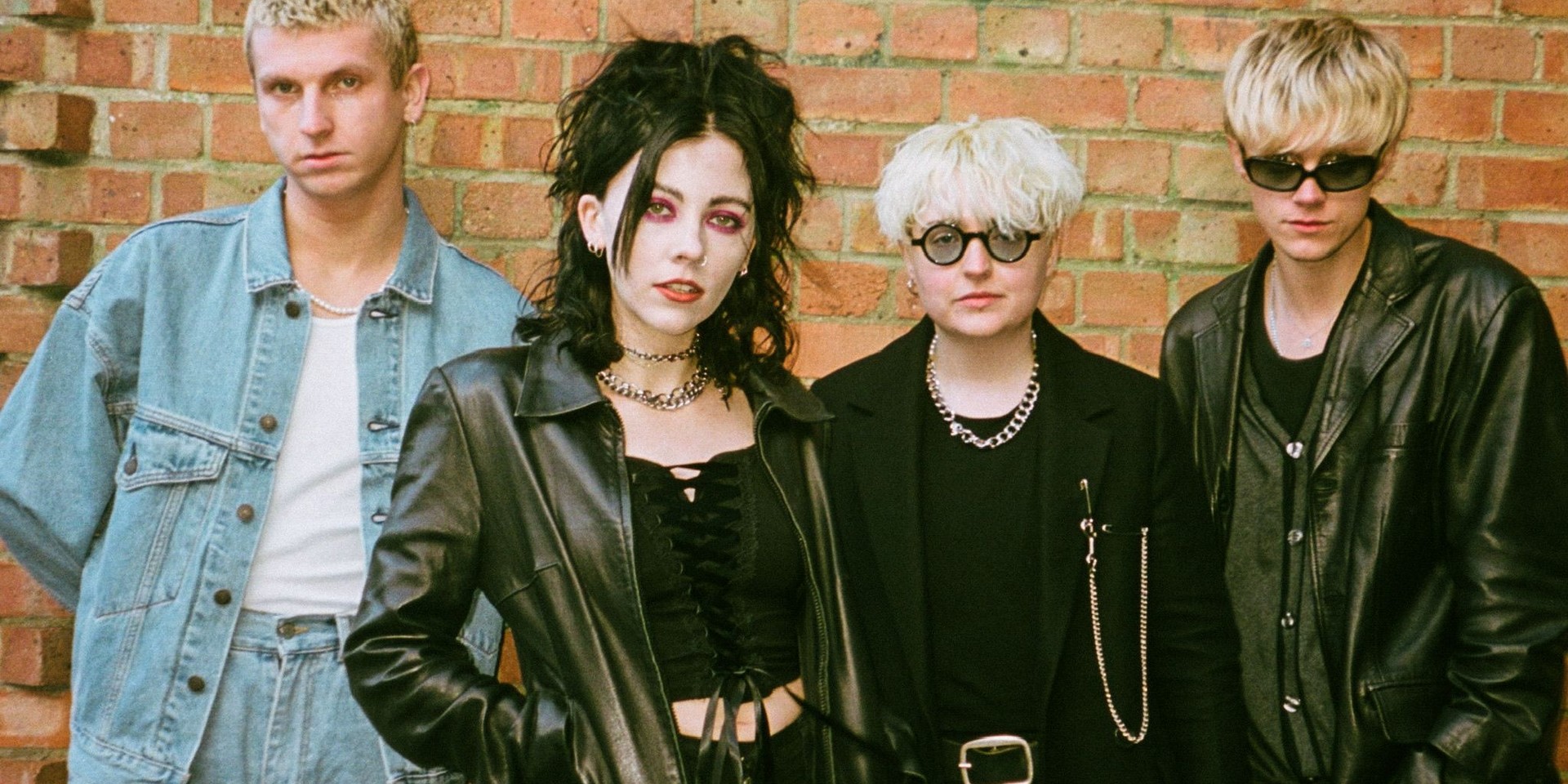 Pale Waves may conjure images of soft, lapping waves and pastel, subdued colours, but the indie rock band hailing from Manchester is a far throw from what their name suggests.

In fact, consisting of Heather Baron-Gracie, Ciara Doran, Hugo Silvani, and Charlie Wood, the quartet collectively looks like they stepped out of an ‘80s magazine – sporting a fusion of goth and grunge – crafting an aesthetic identity for themselves that complement the music they create. 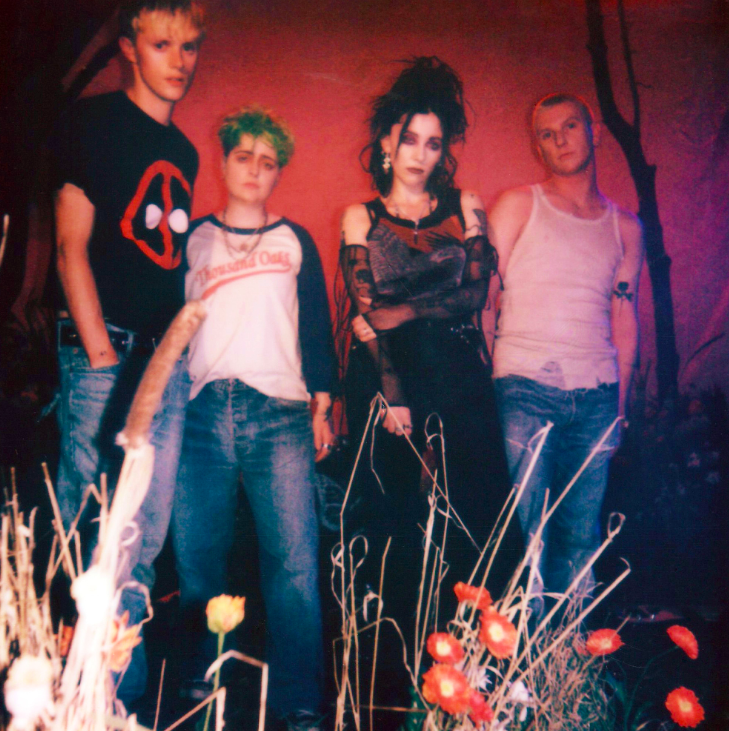 With tracks from their debut album such as ‘There’s a Honey’, ‘Television Romance’, and ‘Eighteen’, Pale Waves have made a name for themselves with songs that are meant to strike your heart and body simultaneously. With frank, down-to-earth narratives of the self, the world, and of course romance – akin to one of their major influences, The Cure – their tunes inadvertently move you rhythmically to their upbeat and serotonin-inducing melodies.

In spite of the guaranteed formula of memorable riffs and crisp drum beats, though, the indie-pop band with one foot in the realm of alternative are taking a side step away from that. Their new single, ‘Change’, takes on a sound most allude to the classic 2000s, and by nature of association, Avril Lavigne.

“I didn’t want to write another ‘80s inspired record,” Heather explains, regarding the change of styles from their previous release. “I wanted to write a record for the kid I once was, hence why it sounds super 2000s. I love the 90s and 2000s, it was embedded into me from a young age.”

Straying from the sounds of their first-ever record, My Mind Makes Noises, is not only their latest single ‘Change’, but the entire sophomore release that comes with it next spring. Entitled Who Am I?, the forthcoming album is described to mark a new era for the band, especially for Heather, who’s behind much of the lyrics in the songs.

“Who Am I? Is my self-confessed journey towards wanting to become a better person, through becoming more emotionally aware,” she tells us, holding the last few years of her life up to the light. “I realised a year and a half ago that I was tired of being that version of myself, I seemed to gain no satisfaction from it and was wearing myself down. So Who Am I? Is me wanting to change, wanting to become the best version of myself.”

While the majority of the album is still left in a shroud of mystery, themes of depression, distraction, and darkness have been said to be her cornerstones of inspiration. That is not to say the release is a complete downer, however – journaling her winning combat with her own sexuality and self-worth in the record, Heather relates with listeners through the universal experience of love – coming forth with the clarity and optimism we seek, especially in the face of our own inner demons. 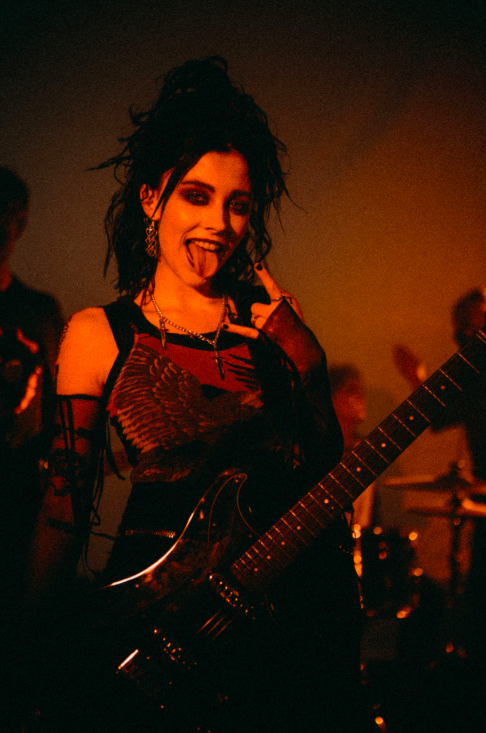 On a wider scale, such feelings have also been felt with the repercussions brought on by the pandemic ravaging everything in its path. With an onslaught of sickness and death, job loss, isolation, and other emotional and physical turbulences shaking up the world, Pale Waves aim to be a source of comfort and inspiration with Who Am I? –  something the band kept in mind at work as the coronavirus escalated over time.

“It just made me work even harder, so if anything, I feel like it made me put more into this record,” Heather says.

“I want this album to make people feel less alone, to feel like there’s someone else who’s been through the same things and has felt the way they have. Everyone is going through something in life, so I hope I can help them out with the music I write.”

Due for release in February 2021, Who Am I? will feature 11 songs, containing ‘Change’, which premiered as Radio 1’s Hottest Track In The World, and stars as the first track; as well as ‘Who Am I?’ with which the album concludes. Asking for her favourite, Heather affectionately compares the dilemma to “asking a mother to pick her favourite child” – but ultimately settles on ‘Wish U Were Here’, said to harbour one of the most emotional moments on the entire record.

Take a look at the tracklist for Who Am I? here:

Acknowledging a growth in sonic and lyrical depth, the band expresses that they were “so young and inexperienced when [they] wrote My Mind Makes Noises, which really worked for the first album because it has a playful naivety to it.” After evolving as artists and individuals, the forthcoming album comes after a diverse collection of experiences, including travelling the world, meeting various people, and experiencing a range of different conditions and emotions.

“I felt like I had more to write about, and that I started to truly discover what I wanted to say to the world,” Heather says.

While waiting for the coronavirus to wrap up its “world tour”, Pale Waves are gearing up for a new chapter, kick-starting with the official release of Who Am I?. Putting all of their remaining lockdown efforts into preparation, particularly in playing the songs live, the quartet is once again looking in the direction of positivity, hope, and emerging with renewed strength and energy.

“We hope the world can get back to some normality and we can tour the album, cause we miss touring so much!”

Pale Waves’ newest album, Who Am I?, will be released on 12 February 2021 under Dirty Hit.