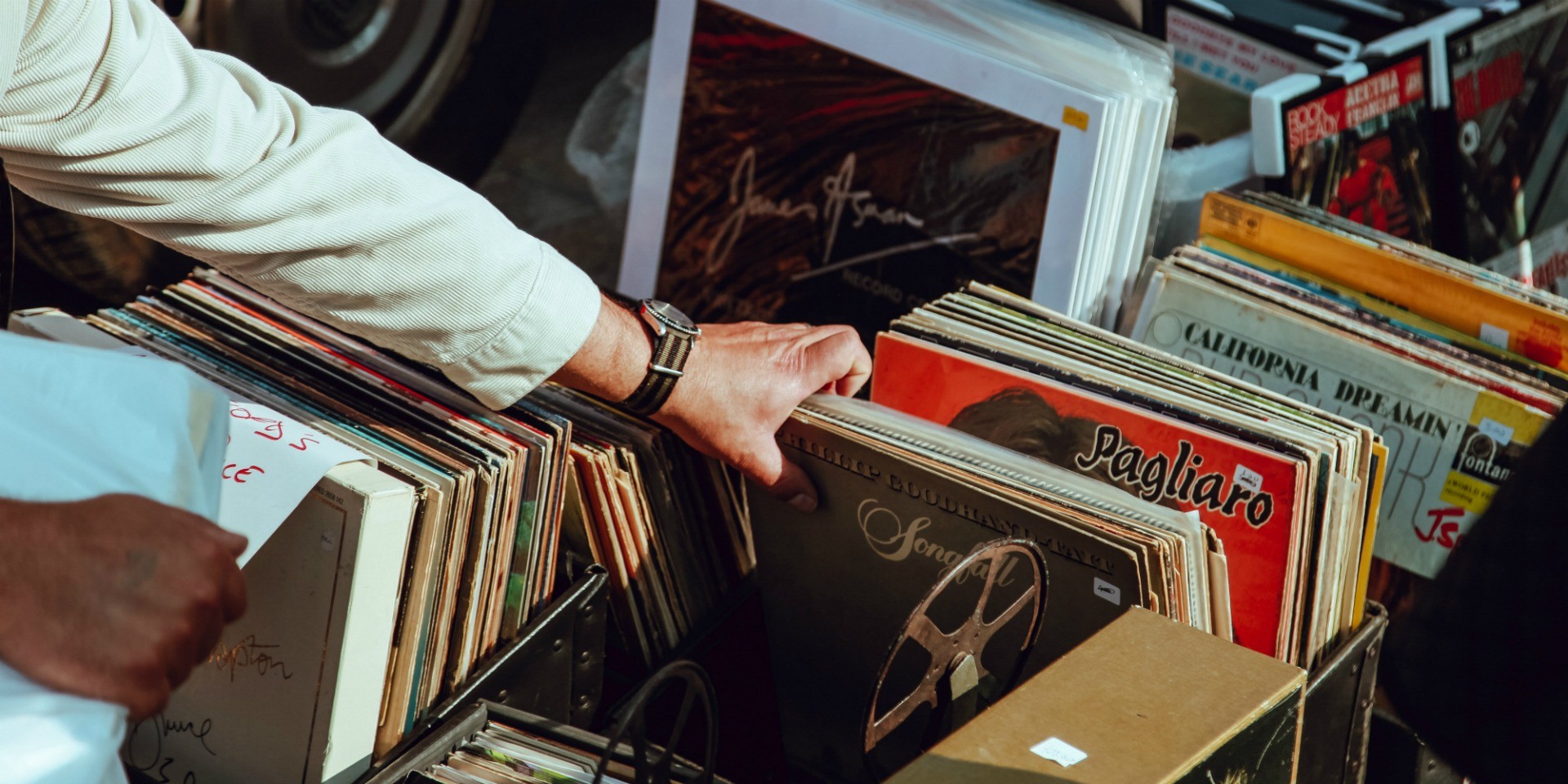 What doesn’t kill you makes you stronger is a line that resonates strongly with the characteristics of vinyl. Having been through the birth and death of cassettes, CDs and even music storage devices, it’s hard to not be amazed at how vinyl rose from the ashes, defying all odds with what’s known as the Vinyl Revival. With that renewed surge in 2007, records have never been ‘outdated’ since. If they have, well, they’re intentionally and fashionably so.

"For me, each vinyl has a story": DJ Itch on his collection of over 1,000 Southeast Asian vinyl records – watch

In 2020, though, vinyl records have pushed through another kind of success. The virus outbreak has weighed heavily upon the arts, pulling down much of the music and event business – and in the peak of that uncertainty was Record Store Day 2020. Happening every third Saturday of April as a movement of sorts, hundreds if not thousands of independent record stores over the world participate in RSD to release rare or limited edition vinyl. But is the coronavirus synonymous with cancellation? Maybe – with the exception of Record Store Day, which scattered itself across three separate days on 29 August, 26 September and 24 October instead.

This Saturday marks the first ‘RSD Drop’ of the year, and to help you celebrate wax culture, we’ve collated a list of participating stores in Singapore to help you scour for the finds and events that are hard to come by. From a bulk of exclusives, bespoke RSD tote bags to tasteful regional picks, here are the places you can begin your hunt – and if not, check out our comprehensive guide for vinyl shopping in Singapore too. 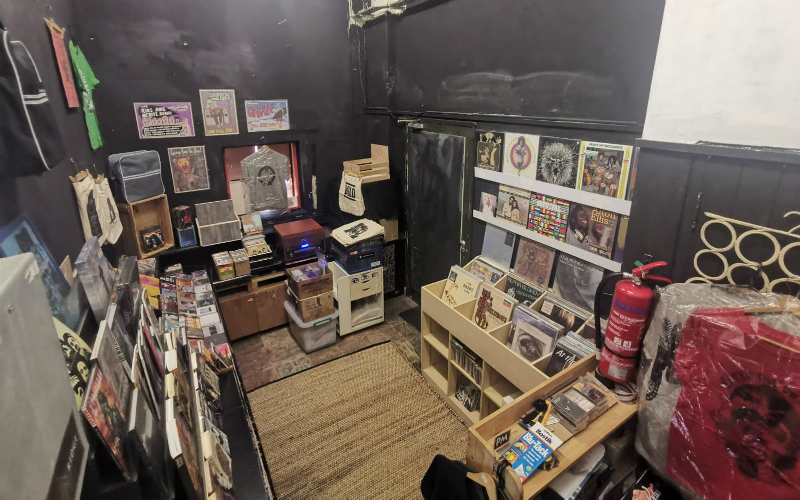 Thanks to an initiative by the National Arts Gallery and Singapore Art Museum, vinyl lovers can once again set foot into Straits Records, which unfortunately closed their doors at Bali Lane some time ago. Now their pop-up is fittingly set up at The Substation and carries a range of CDs as well as records released locally and internationally, and we can’t think of a better time to revisit this old (but new) haunt than RSD.

Despite having to relocate, Straits Records still continues to be recognised as a label and distributor of Singaporean and regional music since 1995. Periodically, the brand still announces pop-ups via their Facebook page, so tune in to follow them as they go. And while you’re there for RSD, why not support the art scene by taking part in workshops such as live screen printing and art zine making? It will never be a dull space, not with owner Ridhwan Ghany spinning some records from his collection.

In classic Mosta Records style, this year’s RSD isn’t going to be small even if it’s split into three occasions. When we last checked, the store has been closed since Wednesday in preparation for Saturday – with not much information revealed other than the fact that there’s going to be a treasure hunt and a sale.

Record Store Day2020×Fred Perryのノベルティレコードバッグのイラストを描かせていただきました🧡🙏🏻 #Repost @recordstoreday ・・・ Another RSD, another exclusive @fredperry tote bag 🖤 Record shops will have a limited amount of bags they will be giving away at random to lucky customers throughout the day. Thanks to @raissa_pardini and @rikohelmet for this year's designs! #RSDDrops 📷: @chazzadnitt

While they’ve been known for bringing in quality vinyl by direct shipment from labels, this ethic could very well extend to their RSD freebies too. Again, it’s another Fred Perry bespoke tote bag – this time designed by illustrators Raissa Pardini and Rikohelmet – given with purchase while stocks last. 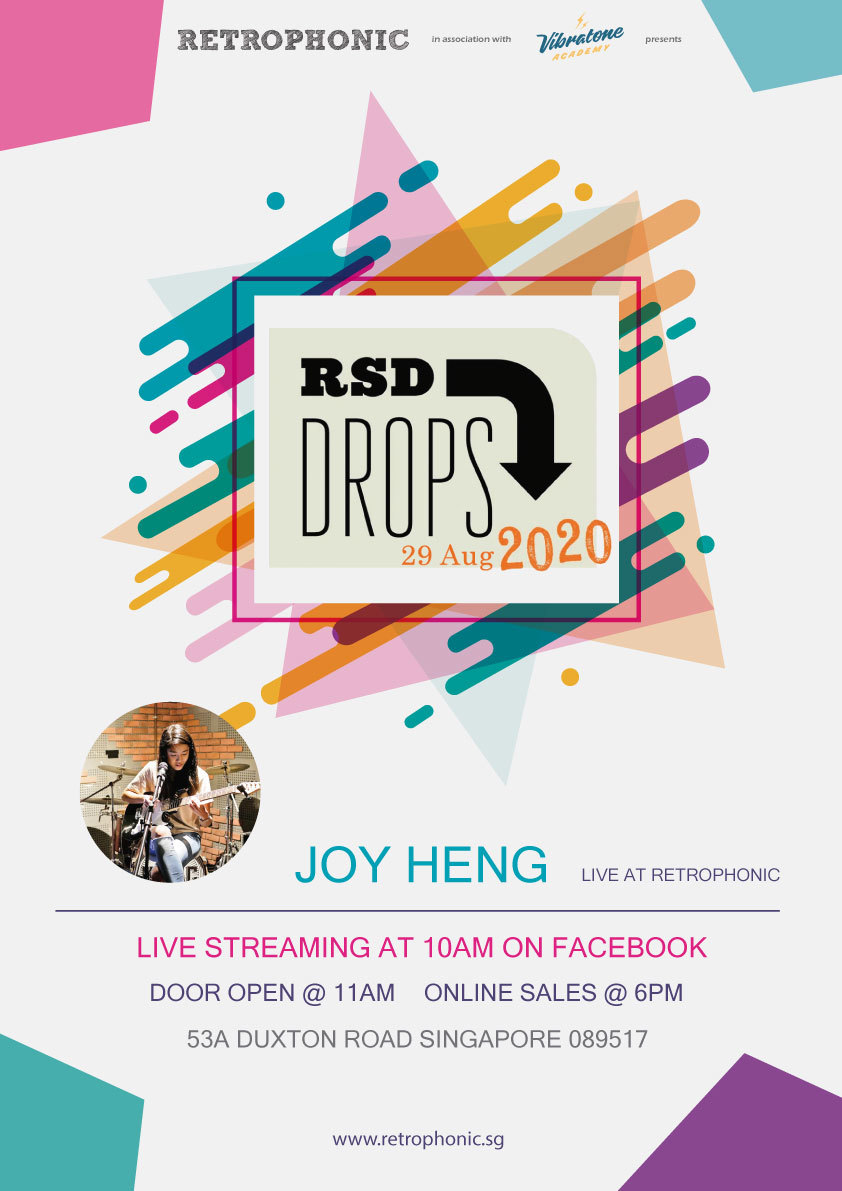 Retrophonic Records’ stash has never been disappointing. Last year, they secured a whopping 350 exclusives from the likes of Cheap Trick, Aretha Franklin, David Bowie, Bob Dylan, to Duran Duran for Record Store Day 2019, and while this year’s collection is just as great, it’s going to be a little more exciting with a bit of competition.

This year, the record store managed to get over 100 releases with a diverse mix of names, genres and eras including Elton John, Black Keys, David Bowie, Collective Soul, The Cure, Def Leppard, Billie Eilish, Brian Eno, Gorillaz, Brittany Howard, Lisa Loeb, Pale Saints, The Weeknd, U2, Sam Smith, Pink Floyd, Al Green, Charlie Parker and many more. Do note that though RSD Drop is going on, in-shop live performances will be subbed with a virtual gig with Joy Heng and students from Vibratone Academy, with interactions with local artists, audio engineers, live sound rental companies and really, anybody the audiophile would want to talk to, so one's got to split the time well.

Get latest updates on the event here.