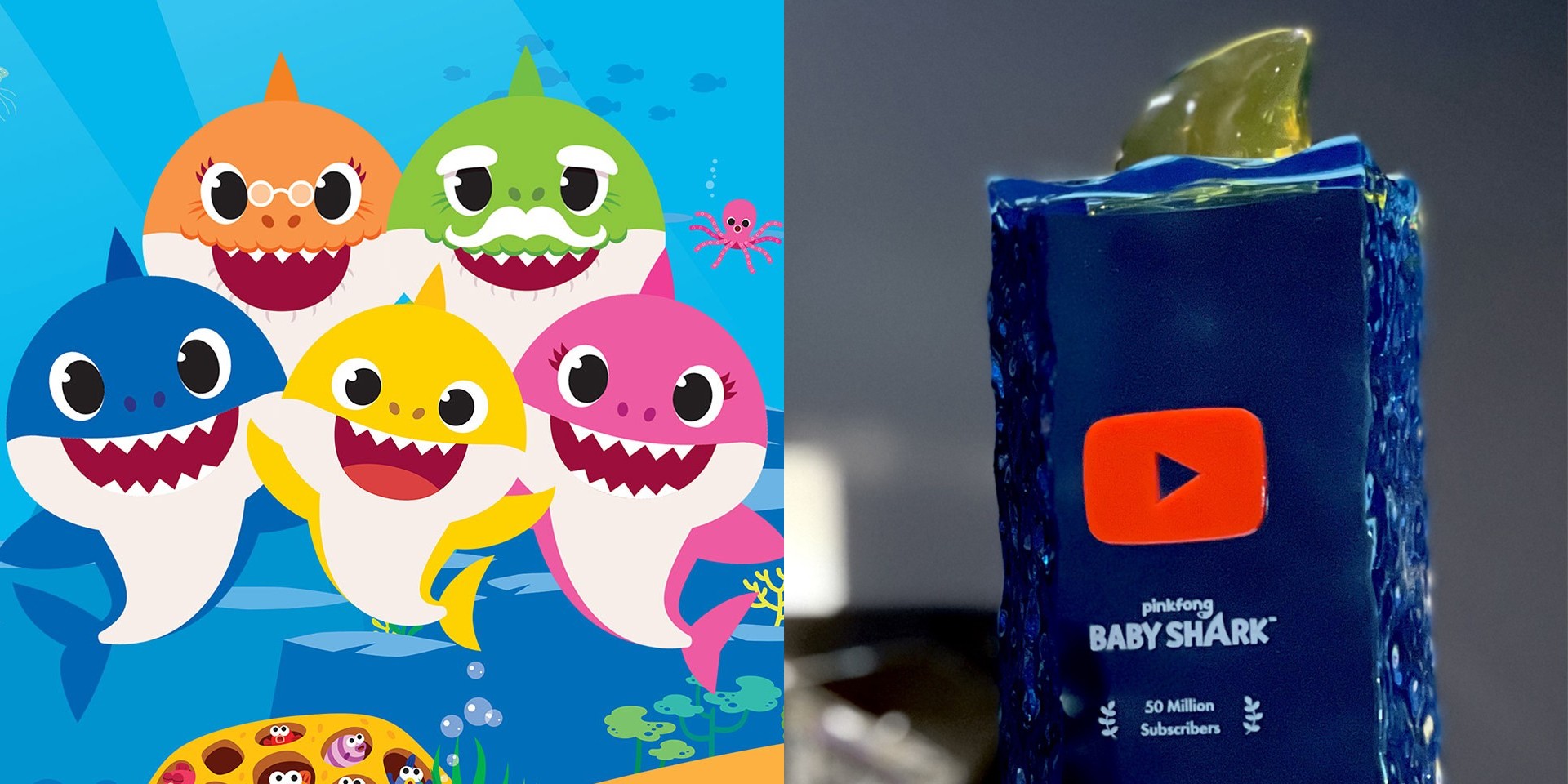 Pinkfong has joined the ranks of BLACKPINK and BTS on YouTube.

Also known as the "Ruby Play Button", the Custom Creator Award is given to channels that reach 50 million subscribers on the video streaming platform. Besides Pinkfong, only BLACKPINK and BTS have received the award from South Korea.

Thank you to our fans for all the love and support💕! Your love is a gift we always treasure.#Pinkfong #BabyShark #RubyButton pic.twitter.com/wpJ42UMu14

Pinkfong's 'Baby Shark Dance' is the no. 1 most viewed video in YouTube history with over 9 billion views at press time. The song has also led to the launch of the preschool series Baby Shark's Big Show! with Nickelodeon. Its movies and a second season of the series are currently under development.

'Baby Shark' has also made waves on the Billboard Hot 100 as it debuted at no. 32 back in January 2019. Spurred by a viral challenge titled ‘Baby Shark Challenge’, the children's fave is considered as the “next big thing” after the influence of ‘Gangnam Style’.

Prior to Pinkfong's latest milestone, BLACKPINK became the first Korean YouTube channel to be awarded with the YouTube Custom Play Button in October 2020. The 'Pretty Savage' quarter have since garnered over 63.6 million subscribers at press time, marking them as the most subscribed female artists on the platform.

BTS' channel BANGTANTV on the other hand has over 55.8 million subscribers on YouTube, breaking records with the release of their 'Butter' music video in May 2021 by surpassing 100 million views in its first 21 hours of release.

Dance to 'Baby Shark' below.