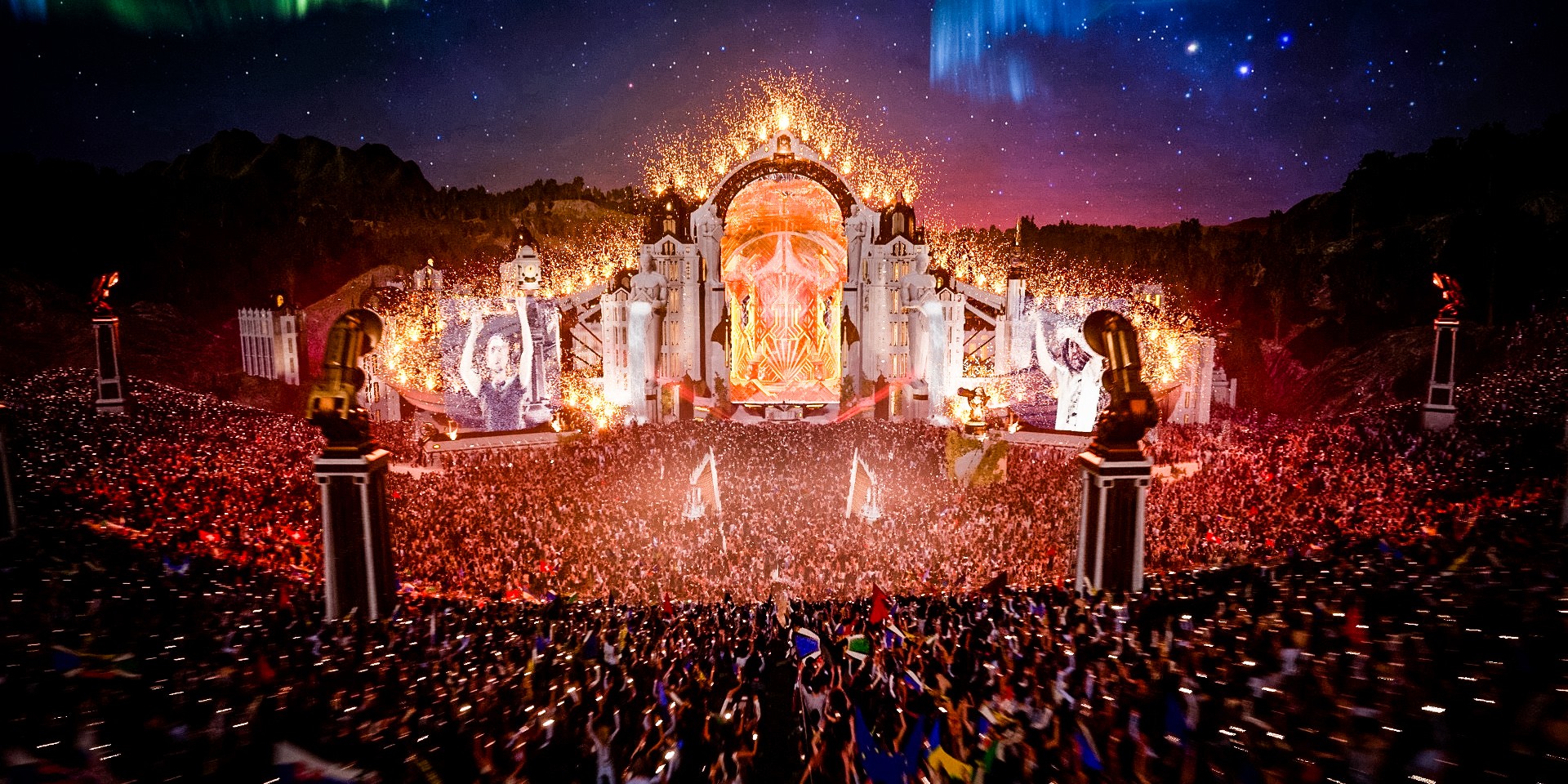 With COVID-19 still rampant, this year’s festival season has ceased to exist, which inadvertently has opened doors for the virtual music events industry. From within the region to across the globe, a number of festivals have ventured into the digital space - including music festival giant, Tomorrowland.

Entitled Tomorrowland Around The World, The Digital Festival, the online edition of the Belgian EDM festival was launched on 25 - 26 July, and for the first time ever, was open to all ages and places. The lineup featured world-class names like Martin Garrix, David Guetta, Steve Aoki, Armin van Burren, Timmy Trumpet, Charlotte De Witte, Katy Perry, Tiësto, and many more. And, in true Tomorrowland fashion, it was something out of this world.

Going above and beyond a live stream event, Tomorrowland Around the World featured a diverse mix of festival content brought to life by 3D design, video production, gaming and special effects. Usually taking place in Boom, Belgium, this year’s festival was held in Pāpiliōnem, a magical, forgotten island “in the middle of the ocean”, where “Mother Nature reigns, and welcomes the People of Tomorrow from all corners of the world to discover all of her miracles”. 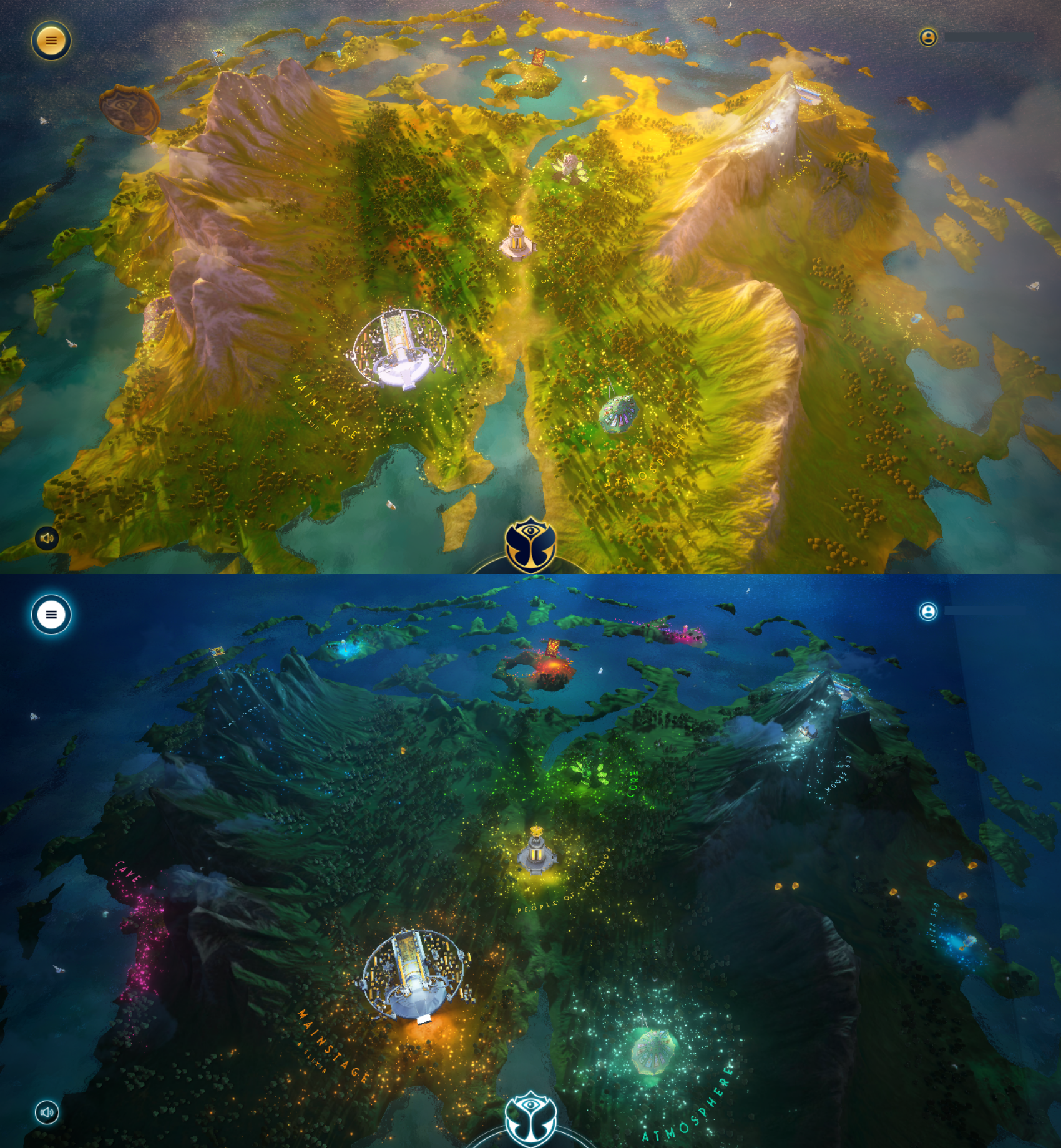 Designed around the theme of ‘The Reflection of Love - Chapter 1’, Pāpiliōnem bridged the gap between the real world and virtual reality, without the need for goggles. The island featured mountains, beaches, sunsets, and night skies, emulating the feel of a live festival through our screens, accessible with just a PC, laptop, smartphone or tablet.

The performance stages were a wonderment of its own. The festival had eight stages recreated in a game-like environment, all of which had an expansive surface for 32,000 trees and plants, as well as 750 virtual lamps drawn by hand. Special effects, firework displays, laser shows and realistic crowd and sound effects were also added to artists performances. 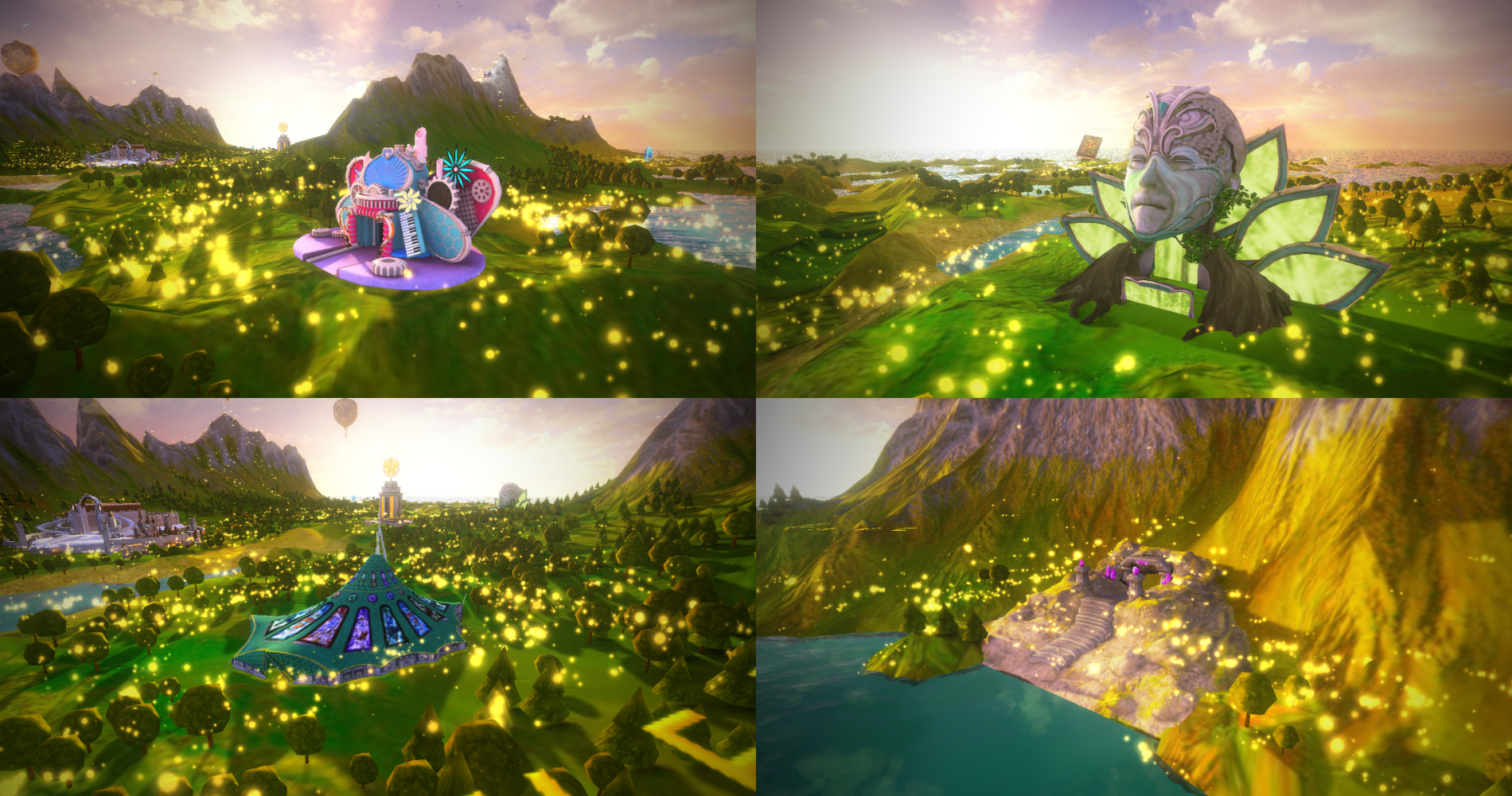 Check out a tour of the Core stage here:

Each of the performing artists recorded their sets in custom-built green screen studios across four countries - Belgium, USA, Brazil and Australia. Each studio was incredibly large in size, to make for enough room for the creative team to cut it into a Tomorrowland-worthy broadcast.

Tomorrowland also included new, specially created video content, exclusive to this reimagined digital experience. One of them being Inspiration Sessions, where internationally acclaimed thought leaders like will.i.am, Shaquille O’Neal, Bethany Hamilton, Tomohisa Yamashita, and more were able to talk about their passion and share a message to the People of Tomorrow. Notably, frontman of Black Eyed Peas, will.i.am shared about venturing onto different career paths and his youth education foundation, i.am.angel. While renowned surfer Bethany Hamilton gave advice on being unstoppable and how to persevere amidst adversity. Many of the other figures' Inspiration Sessions touched on running a company, climate change, spoken word poetry, and more.

Inspiration Sessions and The People of Tomorrow

Lovingly named after their devoted fans, the festival also included a public message where attendees could “share a message of love” with most recounting their first-ever digital festival experience.

For up and coming artists, the festival also included a space called ‘Sound of Tomorrow’, a competition for aspiring EDM artists across Europe to get a spot in the festival. Powered by Pepsi, the virtual environment included tips and tricks, as well as inspiring stories from renowned DJs

Sound of Tomorrow and The Great Library

For scholarly partygoers, there was The Great Library. Filled with quizzes, this was the space to test your love and knowledge of EDM and Tomorrowland. Participants stood a chance to win limited edition prizes, including an “exclusive journey to Tomorrowland 2021”.

No festival experience is complete without filling the tummy. Tomorrowland brought the food segment to life with Food Recipes by Tastes of the World. Renowned chefs like Roger Van Damme, well-known for his desserts in Tomorrowland, and Laurens Sijssens shared recipes for their pancakes and tacos via a cooking class with DJ Netsky.

Cocktail Area by ABSOLUT completed the meal with video instructions for 10 essential cocktails recipes, demonstrated by some of the best cocktail shakers. Recipes were downloadable too.

All in all, there was a lot to explore.

The festival was created by their in-house creative team alongside multidisciplinary creative studio Dogstudio, gaming giant  Epic Games, augmented and virtual reality specialists stYpe, and visualization company Depence. Bringing together the latest in 3D design technology, video production, gaming, video production and special effects, the team was able to create a never-before-seen interactive, virtual festival space of immense technological and production heights, all in a matter of months.

To put into perspective how grand of a project Tomorrowland Around the World is, the festival’s digital environment uses up to 10 times more polygons and lights compared to a modern computer game.

“We’ve worked for 2 months, day and night, with more than 200 people to get everything done in time. The theme and the Mainstage are inspired by the theme of our 16th edition: The Reflection of Love. The island has been developed because we wanted to create a real brand-new and magical environment for the digital festival,” said the Tomorrowland team to Bandwagon.

All that hard work, to say the least, paid off.

According to an official release by Tomorrowland, over 1 million people from around the world tuned in to the digital festival, surpassing the numbers of BTS’ online concert, which reached over 756,000 thousand viewers. Considering the price of a day ticket, which is almost USD15, the festival is expected to have gained at least USD15 million in ticket sales alone. On average, Tomorrowland’s in-person festival sells roughly 400,000 tickets every year.

“We’re very happy that more than 1 million People of Tomorrow across the globe tuned in to our first digital festival. We are looking forward to the future and we believe that a good foundation has been laid for a second edition,” said the Tomorrowland team.

Beyond the team, the People of Tomorrow were also undoubtedly happy, especially after their cancellation announcement in April.

I am supposed to be in Boom, Belgium this weekend doing one of the things I love and that I do best....raving!!! Unfortunately COVID had other plans. The people of tomorrow must now travel to the virtual island of #pāpiliōnem and rave at home. I wish I could be with my friends, I wish I wasn’t a party of 1 and I wish the world was different but I can’t change what is, I can only be the change I want to see. So I’m gonna party like I’m there, I’m gonna dance like no one’s looking and look forward to when we can return to the holy grounds and live today, love tomorrow, and unite forever!! #TML #TOMORROWLAND #TOMORROWLAND2020

In the last couple of months, we’ve seen a myriad of online shows but not one to the scale of this. Pushing the limits of digital music events, Tomorrowland Around the World proved to be more than just a standard livestream event. Intersecting the wonders of virtual technology and engaging entertainment, the festival showcases the capability of virtual events and laid the foundation for the future of digital music festivals.

Check out Tomorrowland Around the World's official aftermovie here:

Tickets to relive the Tomorrowland Around the World virtual experience is available at € 12.50 here.