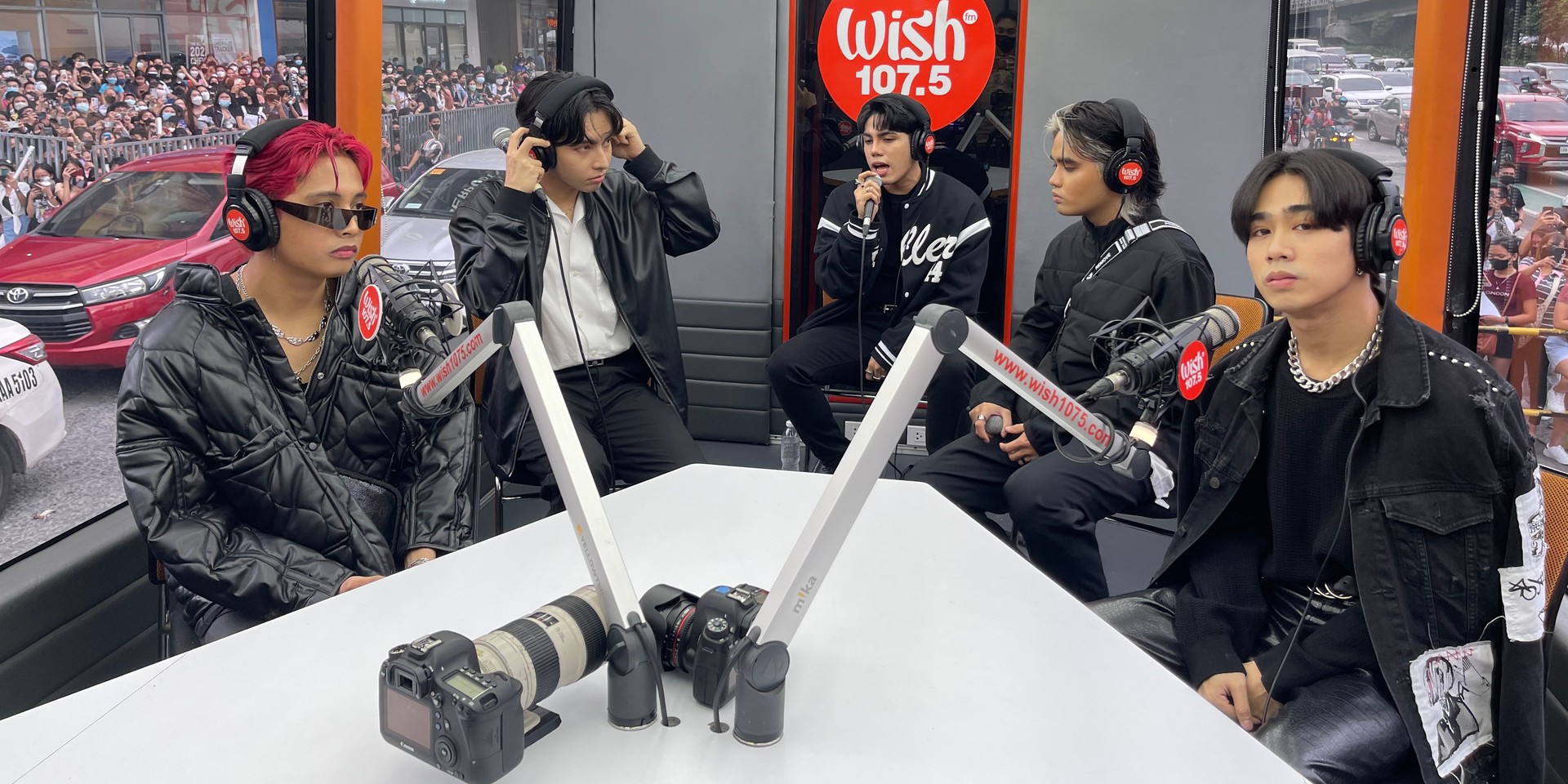 SB19 and A'TIN are finally reunited!

After two long years, the P-pop group and their beloved fanbase are finally back together as the 'Bazinga' hitmakers embark on another edition of Wish 107.5 Roadshow.

Today (02/21), SB19 boarded the Wish Bus to perform their hits songs including their Billboard Hot Trending Songs hit 'Bazinga,' while members Pablo and Ken—who is also known as FELIP—performed their solo tracks live for the very first time. The group was also joined by Pablo's younger brother, Josue.

Get ready for an awesome Roadshow episode this afternoon as P-pop giant SB19, singer-songwriter Pablo, OPM artist Felip, and singer-rapper Josue will be performing live aboard the Wish Bus!

The Wish 107.5 Bus will be at the Eton Centris in Quezon City. pic.twitter.com/W8MImqIBOc

This comes as SB19's first live performance in front of A'TIN since their Get In The Zone nationwide tour that was cut short in 2020.

In the last two years, the 'WHAT?' act has instead been holding an array of virtual shows. Most recently, SB19 held Our Zone their two-day online concert to celebrate their third anniversary. The group performed lived at Araneta Coliseum and was live streamed via KTX.ph.

In true SB19 fashion, the five-piece drew in quite the crowd for their Wish 107.5 Roadshow performance, with A'TIN coming together from all over the country and singing alongside them as they parked by Eton Centris.

Ahead of the performance, which was just announced today, fans took to social media to remind each other to take safety precautions as they venture out to see the 'MAPA' act.

We know everyone's excited to come together and watch SB19 live on the Wish Bus.

Kindly consider these reminders if you plan to be there. Let's have a good, fun, and SAFE time 💙

From preparing food for their fellow fans to singing and raising up their lightsticks to form a blue ocean, check out how SB19 and A'TIN's reunion unfolded on social media.

LOOK: The top view of the crowd at Eton Centris, Quezon City as SB19 performs on the Wish Bus. | video via @iamgwiyeobda

This song is dedicated to those who doubted SB19. Serves as a motivation to soar higher.

SB19 member Josh took to his TikTok account to share their appreciation for their fans, while Stell and Pablo tweeted their thanks for A'TIN.

The episode featuring SB19 will be up on Wish 107.5's YouTube channel soon.

#WishMusicAwards Group of the Year @SB19Official returns with a Wishclusive performance of their hit, "Bazinga"! Don't miss its premiere at 9 p.m. PHT on our YouTube channel! pic.twitter.com/RgukD4QpeH