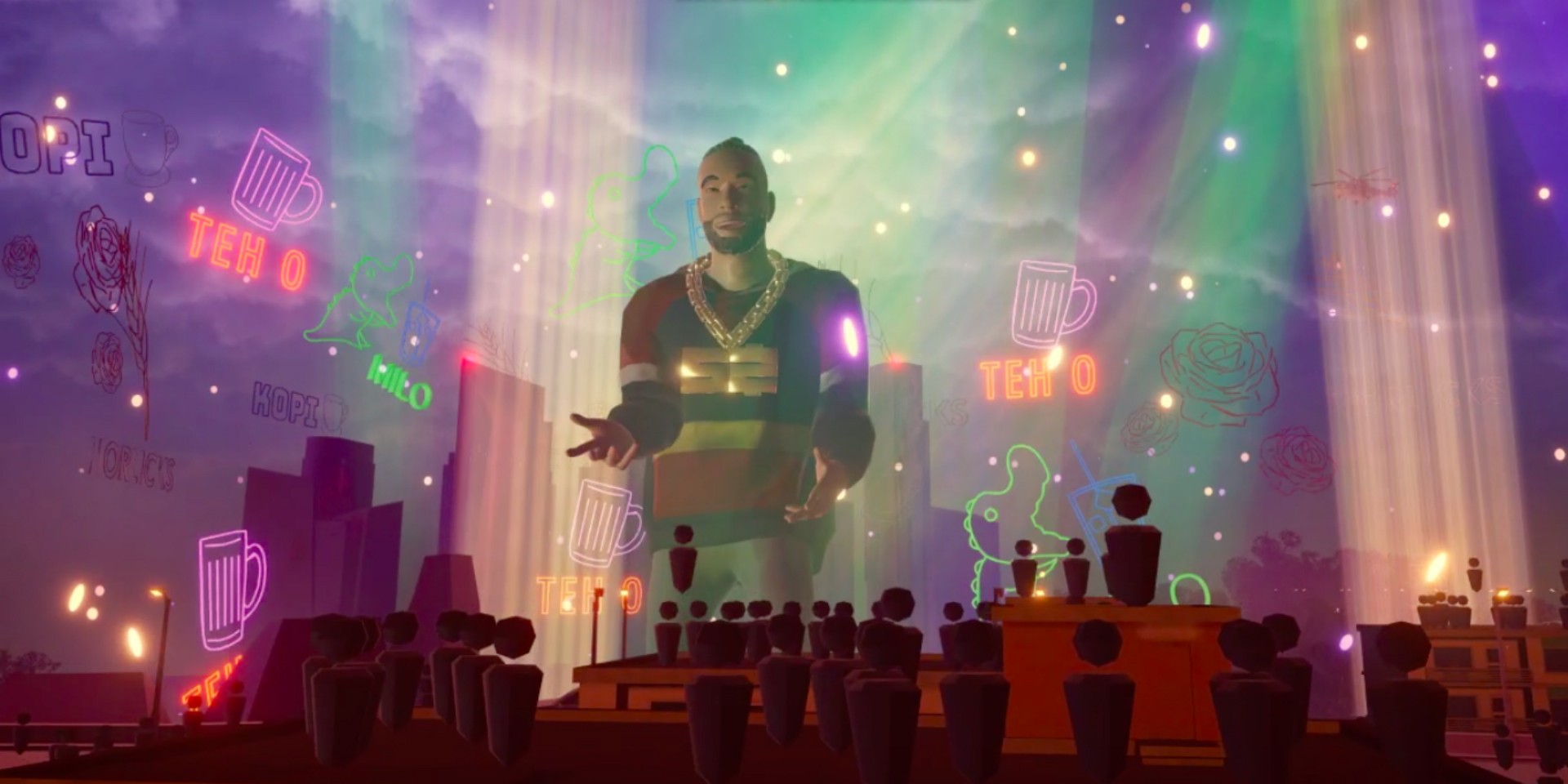 With the live show economy on pause, artists have been fumbling to make their online concerts stand out. Now their second craft on top of music-making, circumstances have led to artists being challenged to connect with their audience virtually, despite being separated by a screen.

While digitising appears as an impediment to many, ShiGGa Shay took it as a gracious invitation to the virtual realm. From its bursts of stars and flames to strobe lights lighting up the iconic Central Business District skyline, there’s no denying that the ‘365’ Mixed Reality Experience on 23 September was a spectacle to behold.

But it wasn’t an idea stewing in ShiGGa Shay’s mind for the longest time – instead, it all stemmed from a spontaneous proposal after the wrap-up of National Day Parade 2020.

“Benjamin from MRGE approached my team when we were at rehearsals for NDP 2020. He wanted to be the first in Southeast Asia to be able to hold a Mixed Reality concert live for artists around the region,” said ShiGGa Shay.

“During this pandemic, shows, festivals or any sort of live entertainment were cancelled. This was an opportunity to bring a live show to the audience watching from home.”

To paint a fuller picture of how this groundbreaking live show started, we roped in Ben, Creative Director and Partnership Manager of Anomalyst Studio, and Kelvin Koh, Creative Director of MRGE to share their insights. Ben explained how the concept came to be. “Ever since the onset of the pandemic, we as creators and as audience are craving for live shows. Many of our friends as musicians and performers have taken to live streaming to continue to share their creations, but with little appeal to monetise.”

“We felt compelled to create something for the local and regional acts. Especially with our roots being in the local arts and entertainment scene, it might put us in an interesting position to charter a project like this.”

While there are plenty of local artists for MRGE to choose from, combing through the pool was a list of considerations in order for the project to work. Not any artist would make the cut.

“We wanted a relatively smooth passage in producing our first concert, with no transactions involved, especially a show format like this is generally unheard of. So we set out with some very simple criteria for us to make this selection decision. A good representation of Singapore music, somebody with a good live stage performance presence, generally interested in this project and to work closely with us to figure this first virtual show out, [were what we were looking for].” 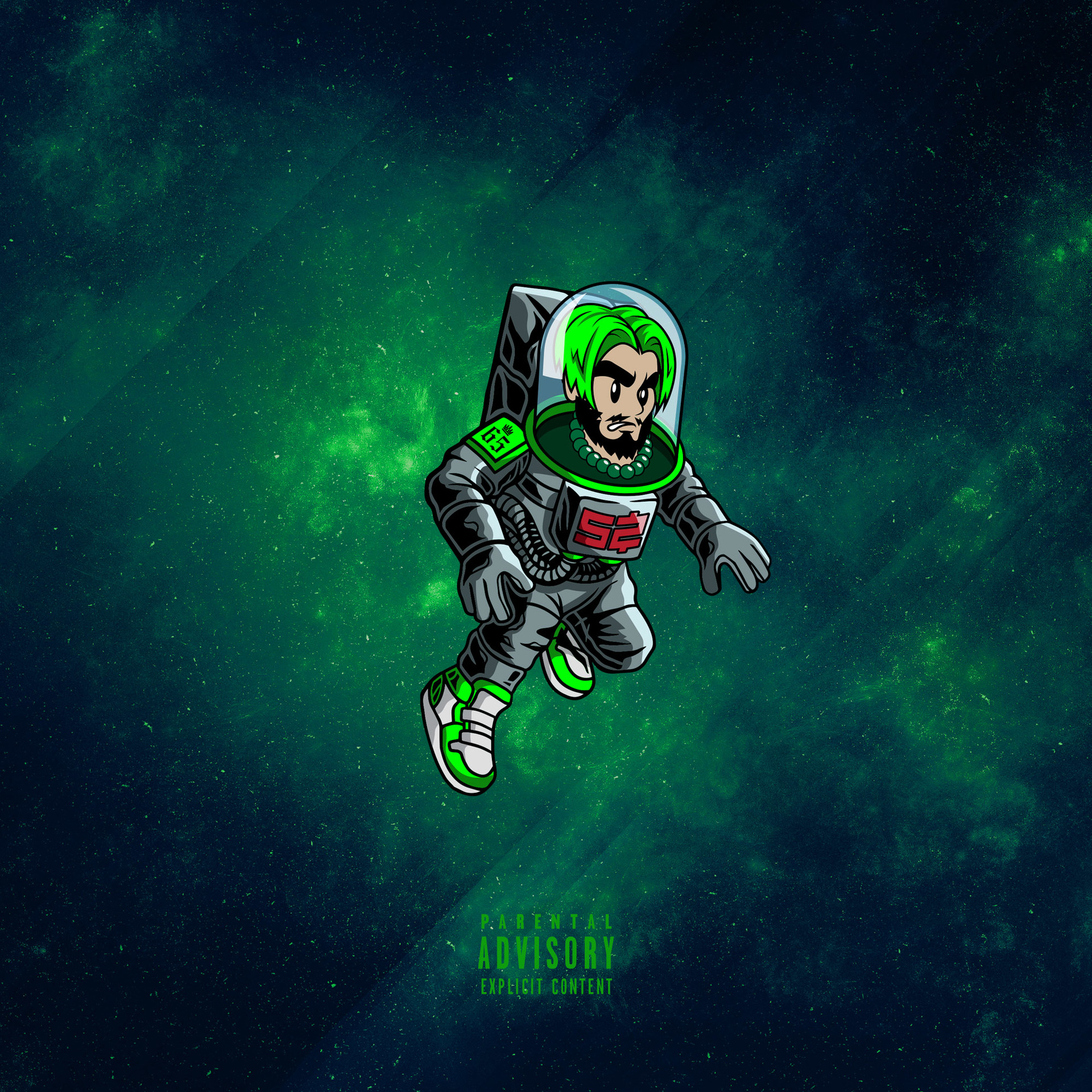 The show coincides with the release with ShiGGa Shay's two-track EP 365, consisting of the cinematic, suspenseful ‘365 the intro’ and the casual and candid ‘who r u 是个谁’. Self-explanatory in their lyrics and served with ShiGGa Shay’s offhand confidence, the songs made their debut with a bang, visualised by a bespoke digital avatar of the hip-hop trailblazer in a virtual environment illustrated to the very detail.

According to ShiGGa Shay, all the visuals were inspired by the “mood of the different songs [he] was performing, and the environments depicted also represented “the vibe that [he] often portrayed in [his] music”. With a spread of possibilities to choose from, the choices were abundant for the team behind the production. 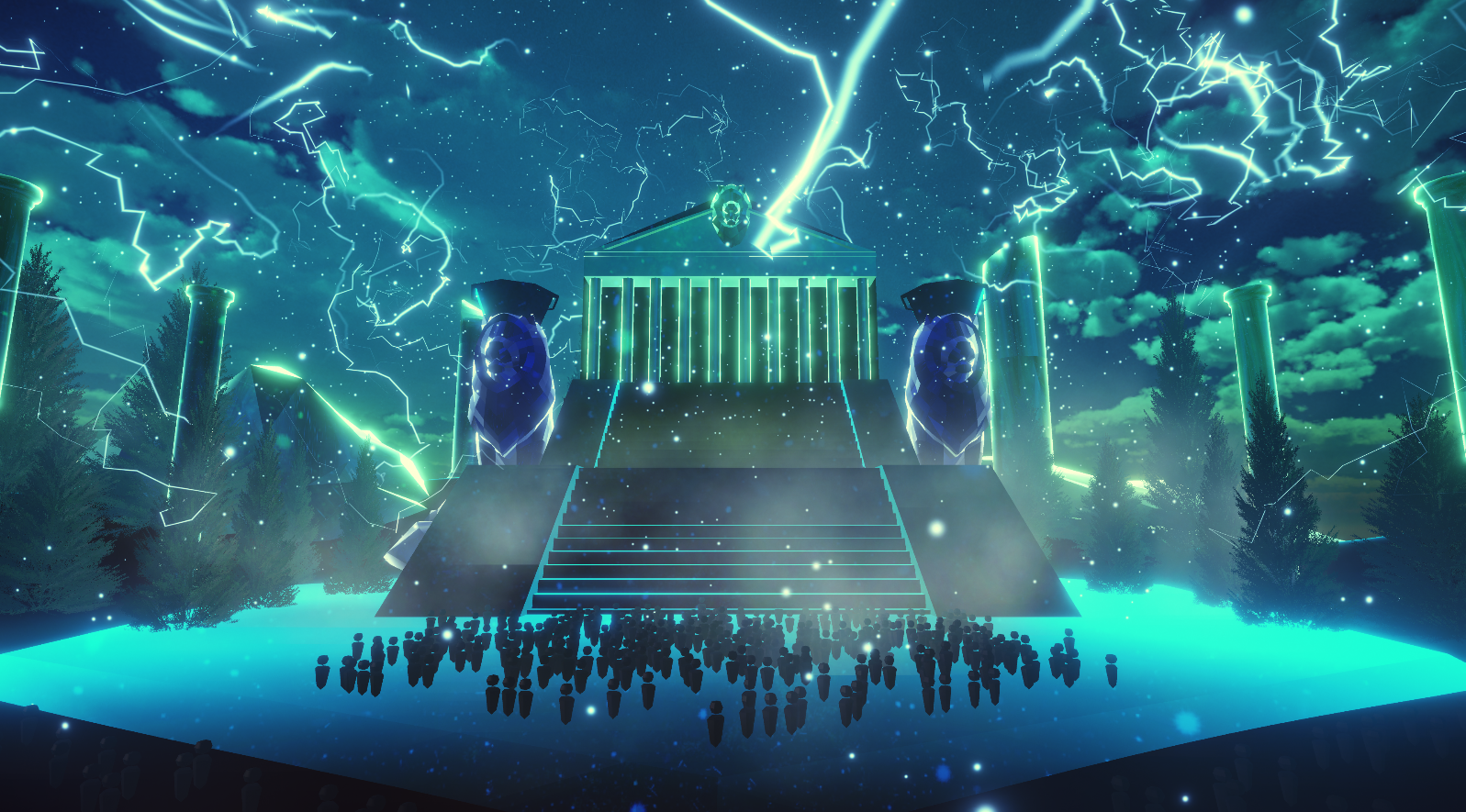 “As with designing for any performer concert, we started off with the understanding of the artist’s materials. It was a very collaborative process with ShiGGa, where we iterated through different ideas and eventually come to an agreed flow of the show. It also helped that ShiGGa’s music are quite varied in its tonality, which enabled us to form plenty of visual interpretations very quickly,” Ben explained.

“I would have to give props to the team at MRGE for their creativity in building up everything from scratch,” ShiGGa Shay said on the collaboration, which also included an edited music video for  ‘who r u 是个谁’ with snippets from the innovative virtual show. It was released on 25 September, only two days later – containing all the fantastical scenes across his performance setlist, including the two new tracks, ‘DOMO’, ‘Reason Why’, ‘Tapau’, and more.

Of course, like any other work of art, there’s more than meets the eye for what you see on screen. Apart from the effort put into the behind-the-scenes work of the mixed reality show, ShiGGa Shay’s tracks also come from layers upon layers of thought and consideration.

“For ‘365 the intro’, my producer RiiDEM combined two songs of different BPMs to kinda paint a vivid picture with the cinematic sounds in the music. Bruce Lee’s famous quote about water inspired the song. The second song ‘who r u 是个谁’ is the meaning of my name,” said the rapper, whose real name is Pek Jin Shen. His moniker “ShiGGa Shay” is a play on the sound of “是个谁”, which literally translates to “who are you” – one he had adopted since the beginning of his career, supposedly dreamt up by him when he was younger – and had accompanied him through the highs and lows of being a hip-hop artist in Singapore. 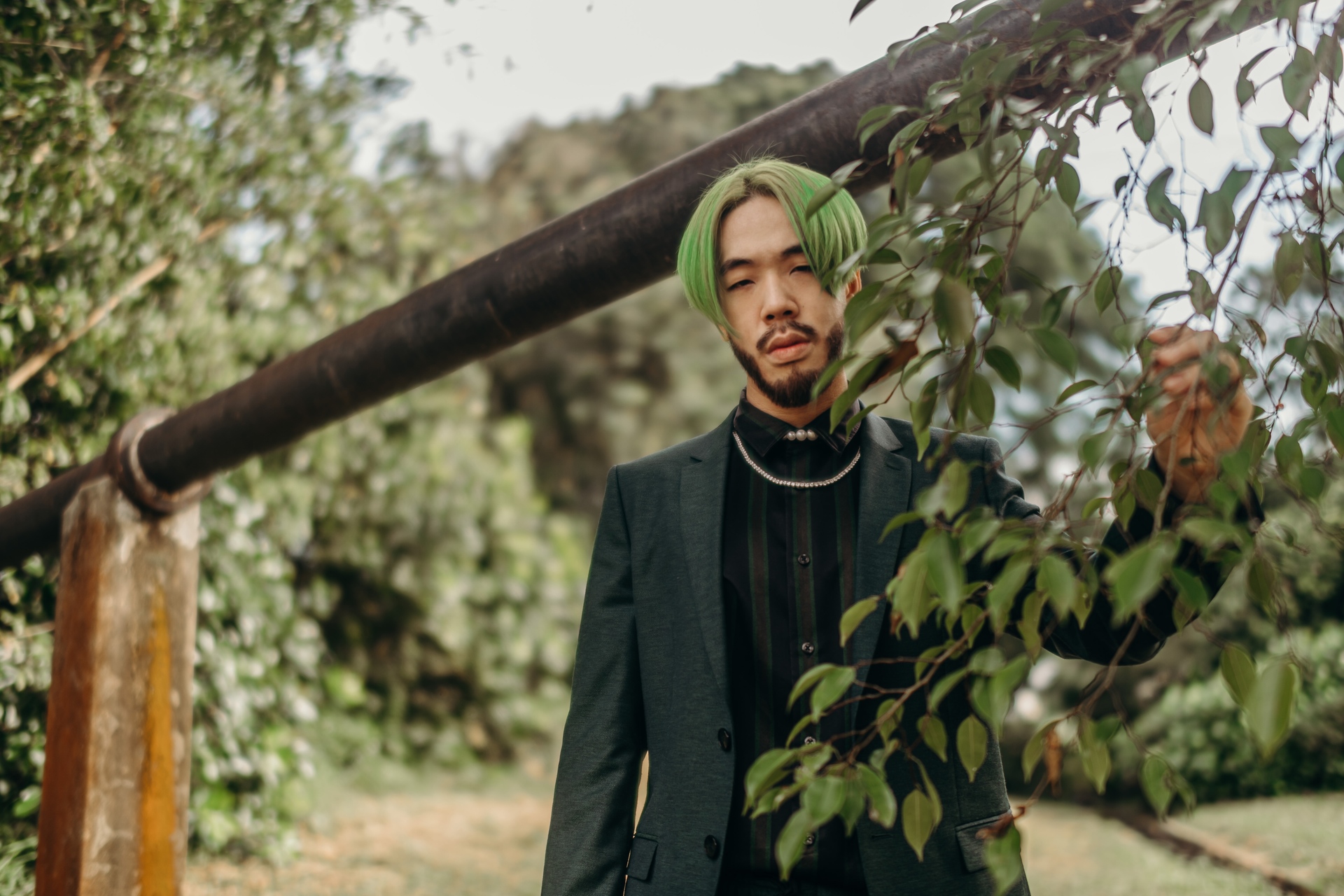 Since then, ShiGGa Shay has become one of the most prominent rappers locally, but his work doesn’t stray from the honest depictions of life he has always delivered. Like many other artists, creative spurts do come to him on a whim, and it’s all about embellishing crude reflections of what he observes and feels.

But first, the ideas have to be captured. Fast. “Whenever I get bits of inspiration I write it down immediately,” he said. “[I use] my audio recorder on my iPhone.” He has been an artist and lyricist of multiple records, including S$ which was released this year. Believing in the fundamentals, the rapper added, “Logic Pro all day everyday” – which only proves that when necessary, artists don’t require the most complex tools to make the best music.

Being the most advanced version of Logic as yet, Logic Pro X supplies the primary sound tools for music professionals to engage in producing, writing and arranging quickly and fuss-free. But that’s not something that can uphold the heavy production of the ‘365’ Mixed Reality Experience – from its wireframes, interactive live chat elements, down to ShiGGa Shay’s avatar, the entire show was a joint team effort. 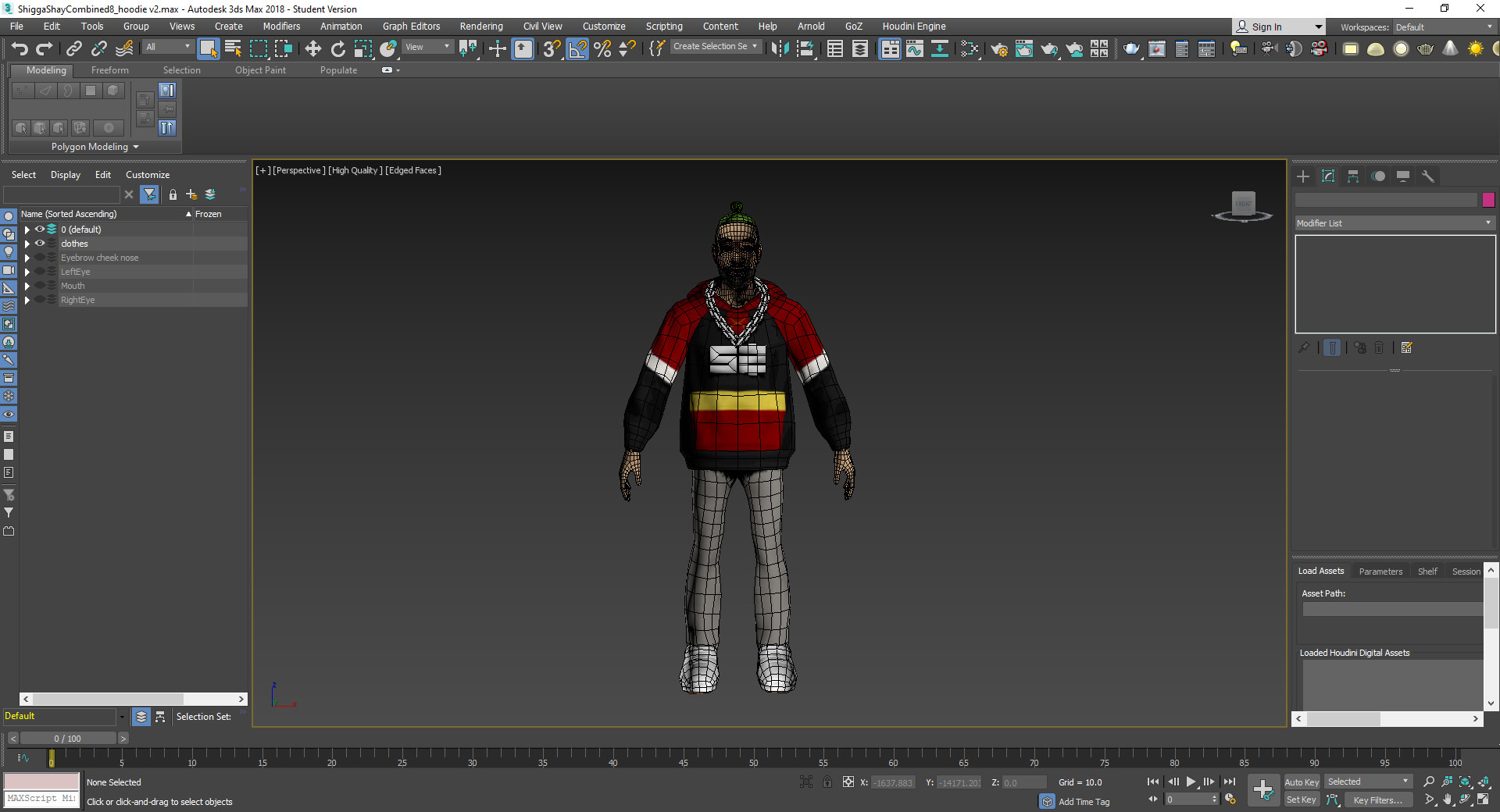 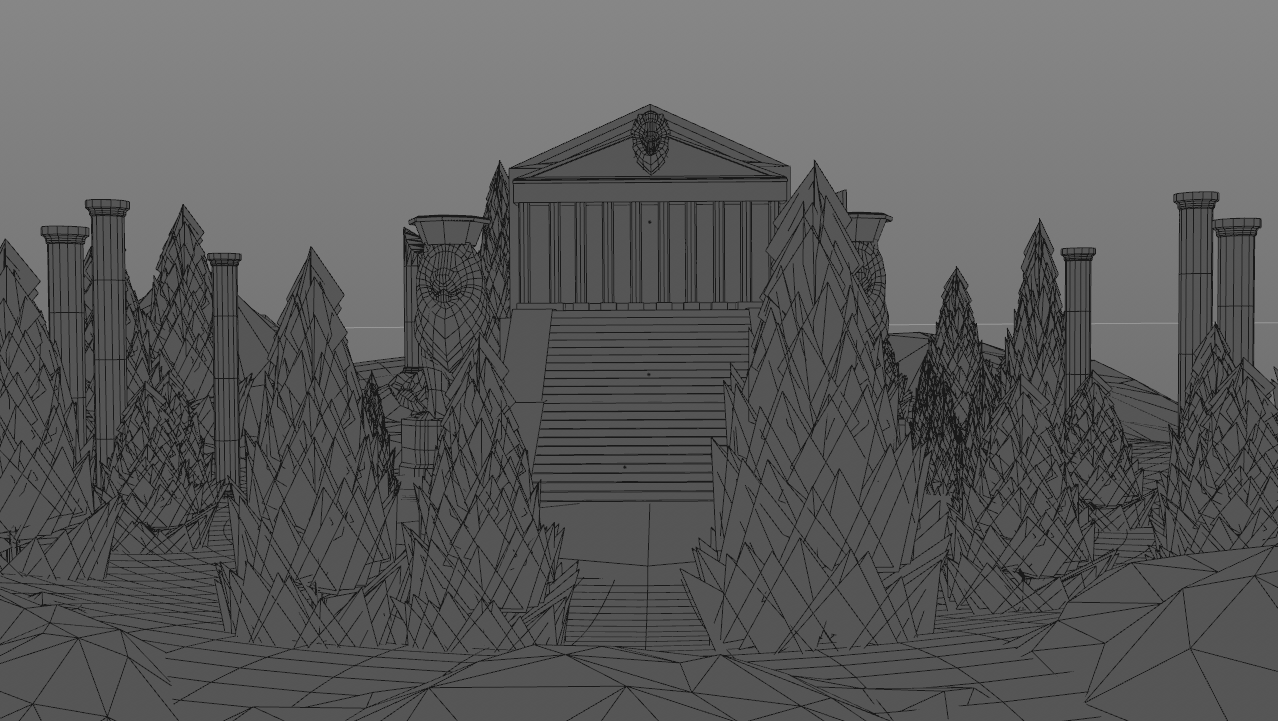 “This was all thanks to the team at MRGE who worked on it. Ben, Willy, Kelvin, DX, the entire MRGE team & the sound team. It definitely was everyone’s combined effort that we managed to put together the entire show in such a short time. I am grateful to have been a part of this experience.”

“As this is build on a real-time game engine, which was a relatively new technology we had to pick up, most of our struggles were technical challenges that were determined by our own scoped ambitions. We had to make sure to scope what we were able to achieve within the given time, and for this we had seven weeks,” Ben added.

Well, no large-scale project could be completely smooth-sailing or rid of difficulty. Having only a single month to work with, the MRGE team and ShiGGa Shay would have to pull together entirely digital landscapes that align with his EP 365, and the rest of his setlist. This was also coupled with a new live chat function that enabled the audience to co-create the show.

“They are being prompted on certain cues to trigger scene effects and having their comments showing up in the scene,” said Ben. “Users who are logged on to the Twitch stream with their user names, we thought to create a semblance of their presence as part of the experience in the environment.” 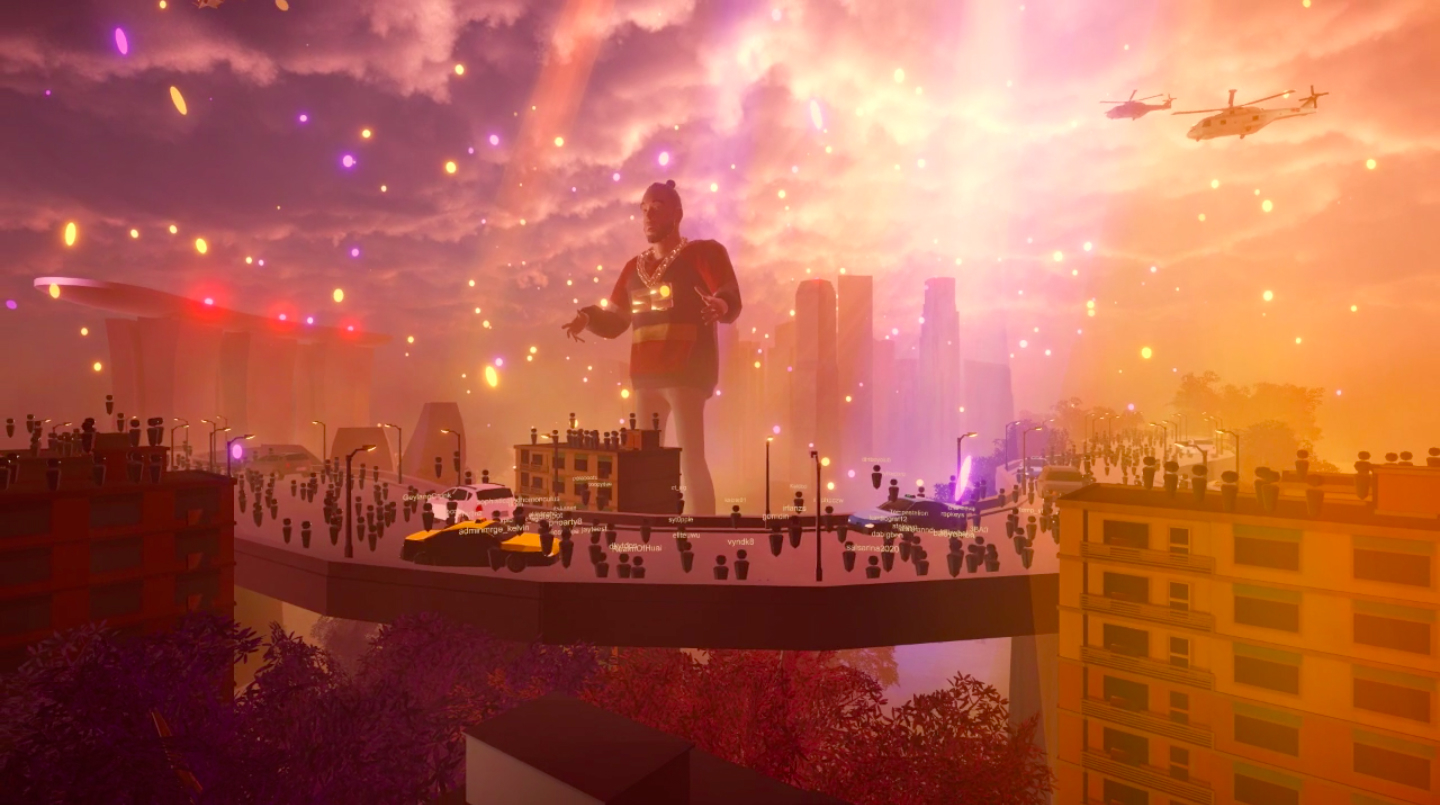 “I think there were several challenges putting the show together. First of all it was the timeline, we only started working on this last month,” ShiGGa Shay said, looking back on the compact process. “It was also figuring out the live audio aspect of it with the sound engineers. Everything was completely live, from the movement of the avatar, to the effects happening in the environment and the audio portion of it.”

“We were able to translate his movement in real-time onto the movement of his character avatar that was designed. The visuals and environment effects are also triggered live by the team along with his performance. We had two amazing sound engineers mixing the sound live as well,” Ben added.

We may not see it, but the animated ShiGGa Shay was a product of the rapper cloaked in a motion-capture suit. Listen closely, and you can even hear the familiar rustle of the mic from a typical live show. His newest songs star as the first and third track of the performance, wedging the stormy, rhythmic ‘White House’.

Walking us through them, ShiGGa Shay said, “My producer RiiDEM sent me the beat right after I released my S$ mixtape a few months back. I got inspired by it after listening to it again after NDP and started writing lyrics to the songs. I then did vocal demos in my home studio before recording it with my producer.”

While ShiGGa Shay is not one to be bound to a specific workflow, produced and mixed by RiiDEM, and mastered by MYDAZ, he remarked, “[The process] was smooth like water in a drink. They made the music come alive.”

Together with MRGE’s ability to bring fantasy into reality, ShiGGa Shay’s flow and cadence, and the participation of his fans at the show, there’s no doubt that the night of the ‘365’ Mixed Reality Experience had a life on its own.

“Whilst given our limited time to market the show (three weeks) and to reach more people, and especially this is our first, we are generally quite pleased to have more than 600 unique live viewers, with very little drop out rate. Audience participation was wild, with the interactive chat functions during the stream.

“We couldn’t have asked for a better inaugural MRGE concert,” Ben concluded.