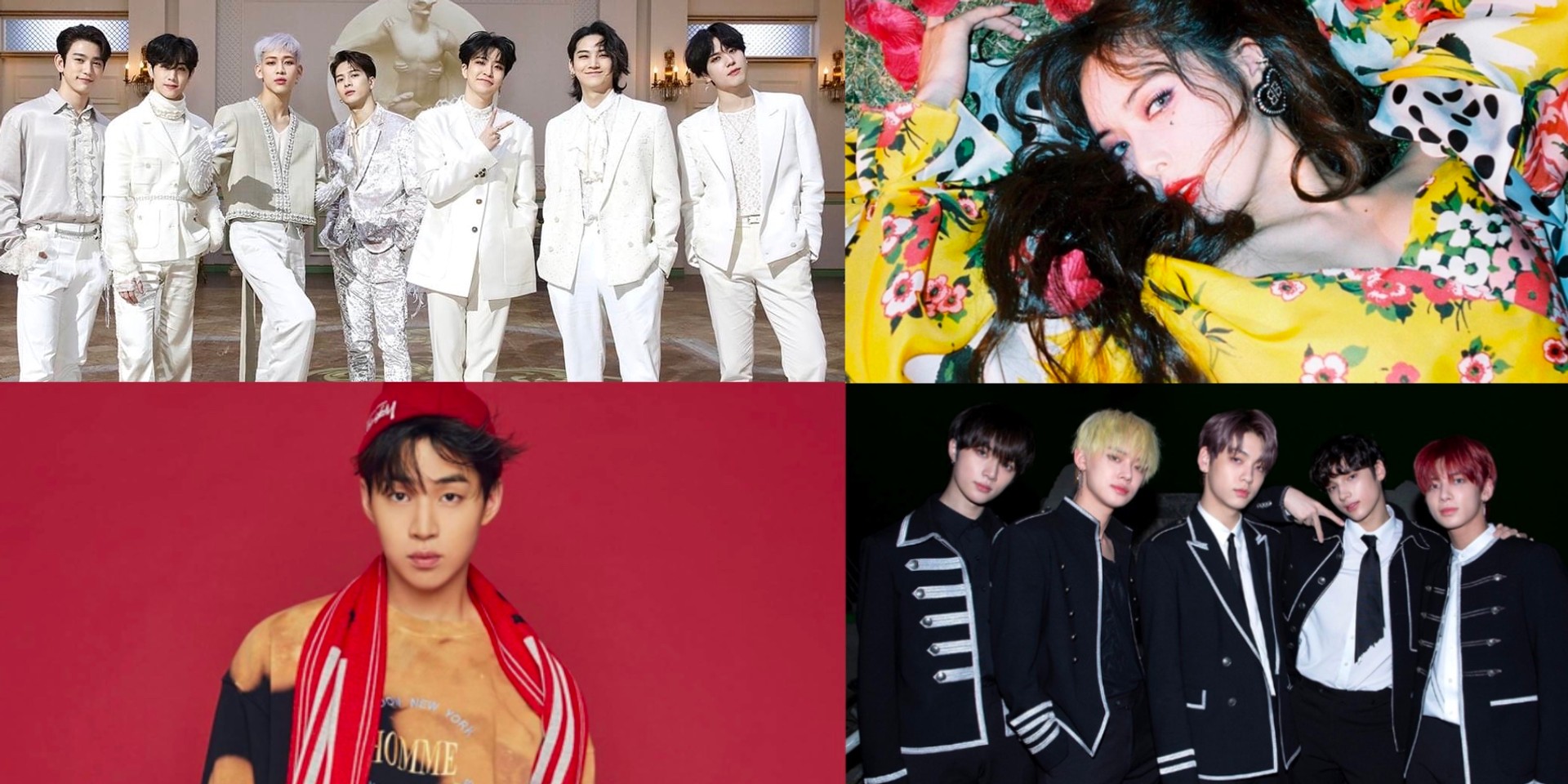 There’s no denying that the Hallyu Wave has taken the world by storm, charming the globe with their spellbinding choreography and versatile styles with powerful messages.

While Singapore may be a plane ride away from South Korea, its role behind the creation process of K-pop songs remains unknown to most. In fact, some Singaporeans were behind popular hits from GOT7, TXT, Henry, F(X), and 4MINUTE, and some have even shared the stage with K-pop idols such as Jung Yong Hwa and Jay Park.

This National Day, Bandwagon celebrates these unsung Singaporeans who have played their respective roles in the K-pop scene. Here are 9 K-pop songs that were created together with Singaporeans:

Singapore made its foray into the K-pop industry in 2012 with the now-defunct girl group SKarf, consisting of two Singaporean members, Ferlyn and Tasha. Debuting as a Korea-Singapore project under Alpha Entertainment, SKarf caught international attention with their girlish pop jam ‘Oh! Dance’ from their debut self-titled album Skarf. Despite the immense pressure of being the first Singaporean K-pop idols, the duo took it in their stride and made their mark beyond the little red dot.

If you are a fan of K-pop singer-songwriter Henry Lau, you may have heard of Gen Neo, the 31-year-old Singaporean singer-songwriter, producer, and composer who is behind many SM Entertainment hits.

In 2013, Neo worked with Henry, Neil Nallas, and Isaac Han in their music production team Noize Bank to compose ‘1-4-3 (I Love You)’ featuring former F(x) member Amber Liu. Conveying the boyish innocence and shyness of a love-struck man, Henry cheekily sings the code ‘1-4-3’, which represent the number of letters in each word in ‘I Love You’. With its upbeat and catchy chorus, the song peaked at 35 on Korea’s Gaon Chart and became the first of many more tracks he wrote for Lau’s albums.

Besides writing tracks for Lau, Neo also wrote b-side ‘Goodbye Summer', which featured EXO’s main vocalist D.O. in the now-defunct girl group F(x)’s second studio album Pink Tape. On top of working with Amber for music and arrangement, Neo was responsible for utilising acoustic instruments to produce the background tones of the track. Although ‘Goodbye Summer’ was rarely performed live, the duet remains a fan-favourite among for both f(x) and EXO fans for its unmistakable guitar riffs and sweet harmonies.

Homegrown Mandopop singer-songwriter JJ Lin, who is set to sing an English version of 'Stay With You' for Singapore's 55th National Day, is also featured on this list for his 2015 collaboration ‘Checkmate’ with lead vocalist and guitarist Jung Yong Hwa of K-pop boy band CNBLUE. This was included in Jung's debut solo studio album One Fine Day. In an interview, Jung said the song conveys the message that "we'd always be there for each other although our nationalities are different". As such, the first half of the song is sung by Jung in Korean and the latter by Lin in Mandarin.

Singaporean rapper ShiGGa Shay takes the local hip-hop scene to another level with his collaboration with Jay Park for a remix of 'You Know'. Besides dedicating some of his lyrics to Singapore, ShiGGa Shay seamlessly rides on the beat with his baritone flows which are complemented by Park’s rhythmic vocals. Last year, ShiGGa Shay even made a surprise appearance to perform an unreleased track with Park for his SEXY 4EVA tour in Singapore.

As part of now-defunct 4Minute’s final EP Act. 7, Neo had worked on music, arrangement, and lyrics for their b-side ‘No Love’, which was written alongside members Hyuna and Ji-yoon. Unlike 4Minute’s fierce electropop bangers like ‘Hate’ and ‘What’s Your Name?’, ‘No Love’ perfectly portrayed the members’ emotional vulnerability after a break-up while still showing off Gayoon's honey-like vocals.

Following in the footsteps of Tasha and Ferlyn is 24-year-old Cheris from 5-member girl group GBB, which debuted with the 2018 retro-pop dance track ‘Kemi’. Translating to ‘Chemistry’ in English, ‘Kemi’ is an energetic number with an infectious chorus conveying the girls’ determination to get their love interest to fall for them with their beauty and charms.

Despite being only 72 seconds long, another one of Neo’s masterpieces ‘I Love It’ for GOT7 packs a punch with its R&B inspired beats. As part of GOT7’s 2018 album Present: You & Me, Neo worked on the music, arrangement, and lyrics with Jackson Wang for the track. Besides showcasing Wang’s baritone flows, Bambam and Yugyeom’s vocals, the track sends an empowering message that the trio will not be bound by the judgments of others with the lyrics ‘I’ll do anything I want, I’ll live any way I want’.

Lastly, the energetic and youthful dance number from 'Blue Orangeade' performed by Big Hit Entertainment’s newest K-pop boy group Tomorrow X Together (TXT)'s was choreographed by Alif Archo, a Singaporean dance choreographer and instructor at Danz People studio. According to Archo, the entertainment company behind BTS contacted him to work on this track in November 2018 and he immediately took up the opportunity to show off his pride in being Singaporean.