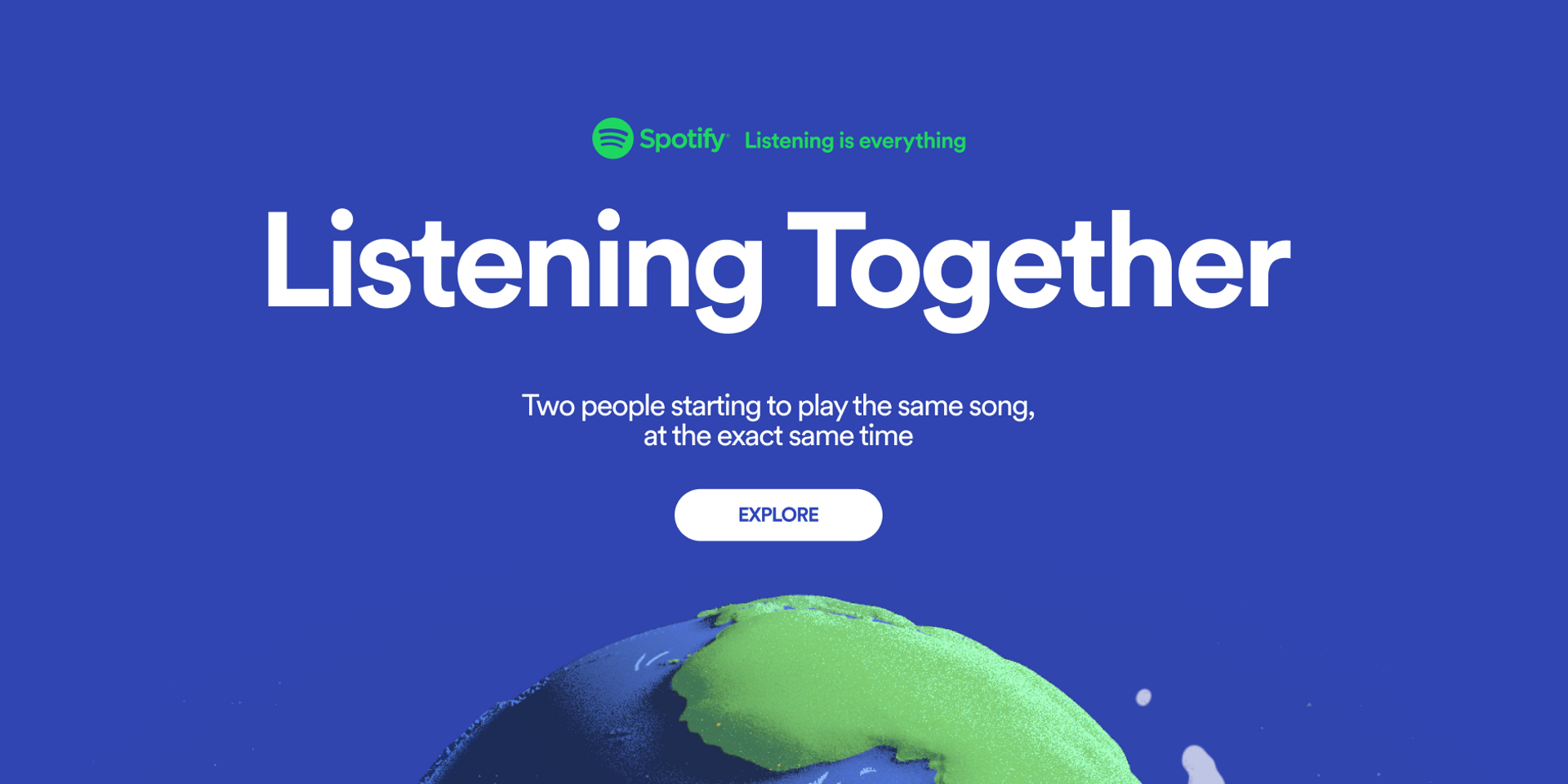 In a time where COVID-19 social distancing measures have forced us apart, everyone's been looking for ways to rekindle some form of human connection, and it seems we've agreed on music as the antidote for loneliness.

With Spotify's new campaign, Listening Together, we can now watch sonic soul connections take place between two listeners, even if they live across the ocean. The streaming giant has launched a microsite that registers the moment two listeners press play on a song, and visualises these real-time audio connections on a virtual 3-D map of Earth.

"Every moment, more than 30,000 people around the world press play on the same song on Spotify," they write. "We’re celebrating audio’s unique power to unite us—even when we’re apart."

Spotify reveals that this idea was generated by media artist Kylie McDonald back in 2014. "Fast forward seven years to today, and Spotify has hundreds of millions of listeners around the world pressing play on the same song within the same moment," they share, and now listeners can watch this connection take shape before their eyes here. 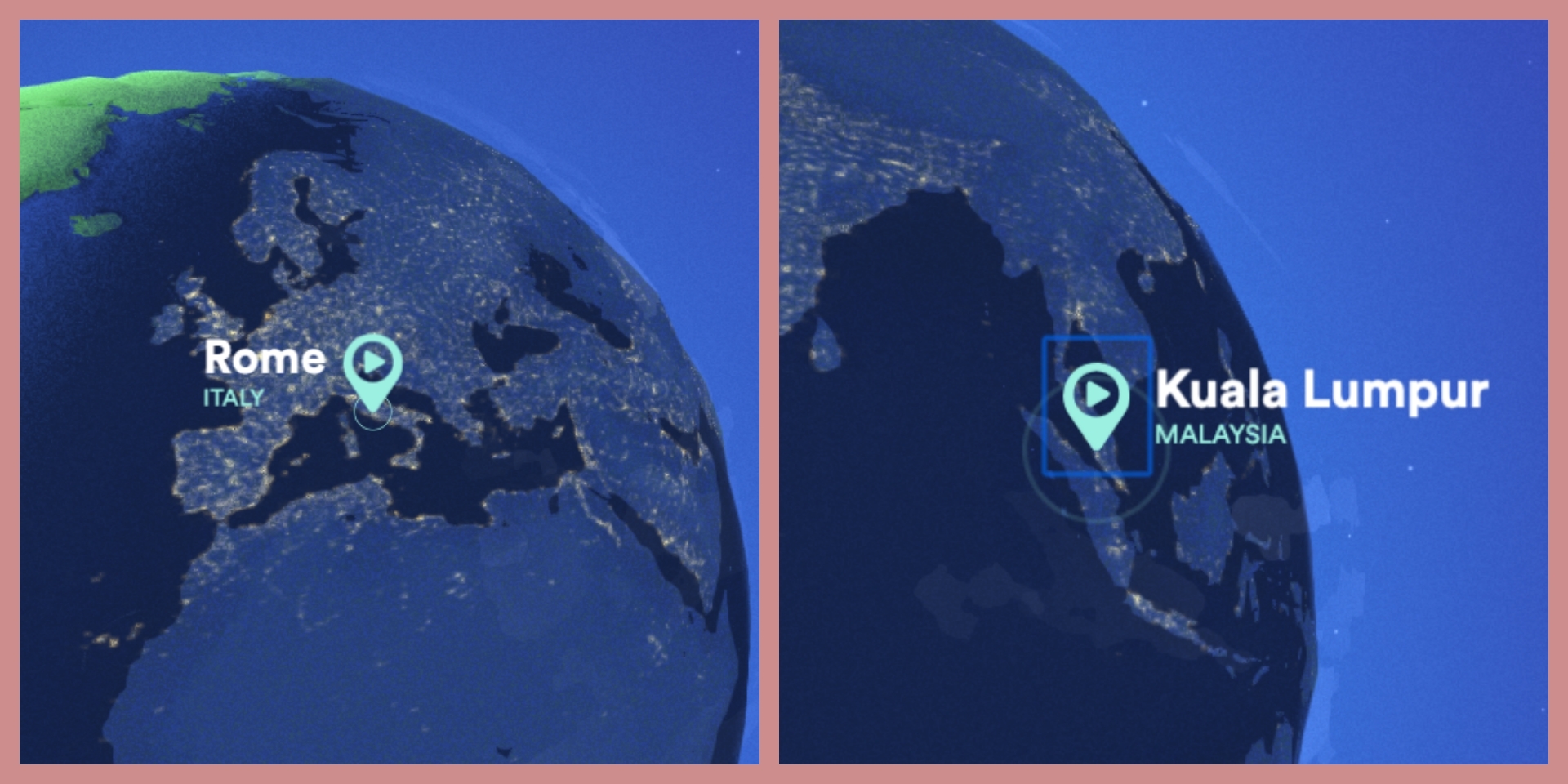 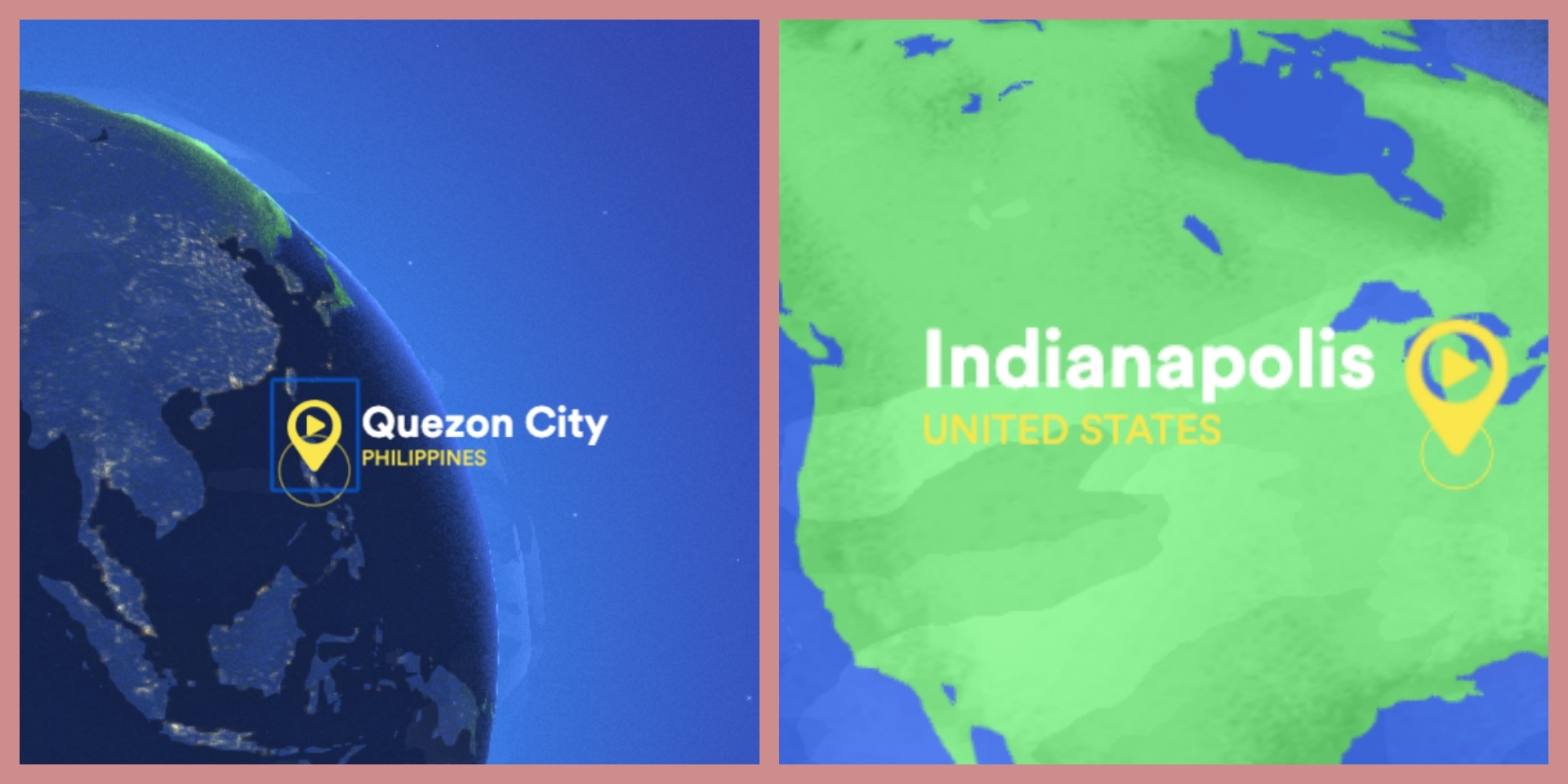 Asian artists will also be taking over some of Spotify's top 'Moods' and 'Moments' playlists, where they will share about the music that's been keeping them company recently. Playlists will feature their chosen tracks as well as a short commentary on how they’ve been spending their time, their latest inspirations, and what they listen to.

Check out music from around the region with playlists curated by the likes of Singapore's Benjamin Kheng, Sezairi, and brb, the Philippines's Ben&Ben, Moira Dela Torre, and Clara Benin, Indonesia's Hindia and Kunto Aji, Taiwan's 張若凡, and Thailand's Ink Waruntorn, Violette Wautier, and Zommarie.

Listen to the playlists below.