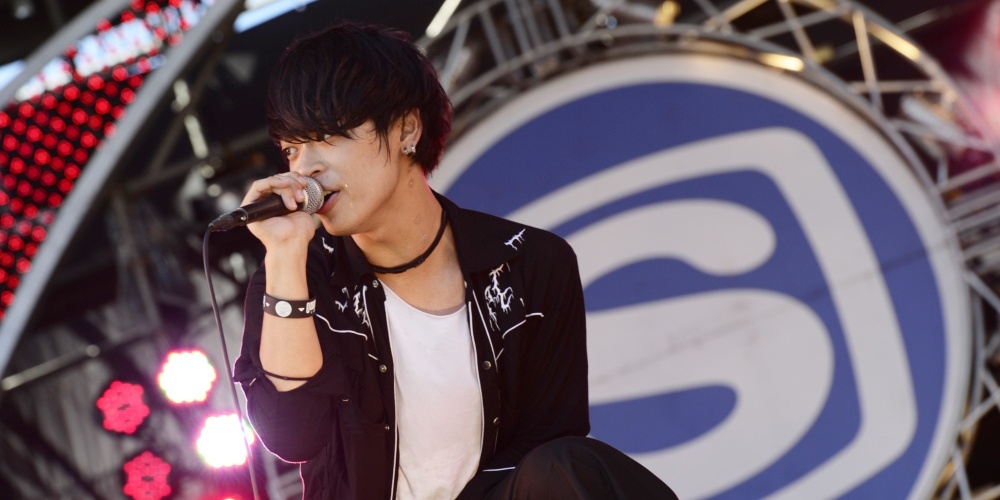 "It makes us extremely proud that even people who speak different languages enjoy our music," says the three-piece band. "We’ve always had overseas fans in our sights."

In a country where its populace are actively supportive of native talent, its music industry has also faced a noticeable decline, due in part to their idiosyncratic practices — Japanese music, up until recently, was almost exclusively available on CD, not for streaming or digital download.

That has prevented many acts from reaching global fans — save for a couple of diehards who would pay premium prices for imported albums.

It seemed like it was lucrative enough for labels to sell CDs to the Japanese populace, who were more than willing to spend money on CD singles (a practice long abandoned by the rest of the world after the 90s).

But as always, times are changing and they're actively scrambling to figure out how to profit, or even just to survive, in the age of rampant streaming habits.

Concurrently, acts are also pursuing international tours, fostering fanbases that grow from intimate club shows, along with easier access to their music. Some have even turned to singing in English to stand apart.

For Japanese rock group THE ORAL CIGARETTES, they've been adept at growing a foreign fanbase, having already performed in Singapore at Music Matters 2014. "We want to be able to perform overseas and through music," they say. "We hope to connect with people who are from different cultures."

SPACE SHOWER RETSUDEN, originally a platform for Japanese indie musicians to hone their craft, is now a roving tour that will stop by Singapore on March 16th. They will feature The Oral Cigarettes and Frederic, along with 04 Limited Sazabys and Kyuso Nekokami.

The tour aims to show an aspect to the Japanese rock music scene that isn't usually seen outside of the country, and with recent appearances by Wednesday Campanella and KOHH at Laneway Festival, and Sekai no Owari's first headlining show here at The Coliseum — along with the upcoming live debut of The fin. — it might just be the start of different styles of Japanese music gaining steam around the world.

The country's underground scene has been doing it for a long time (just look at the international popularity of Boris and Tricot), but now everyone else has to catch up.

For now, we talked to the four bands coming down to Singapore, and if you're not familiar with them — or other Japanese indie rock bands in general — now's the time to take notice. 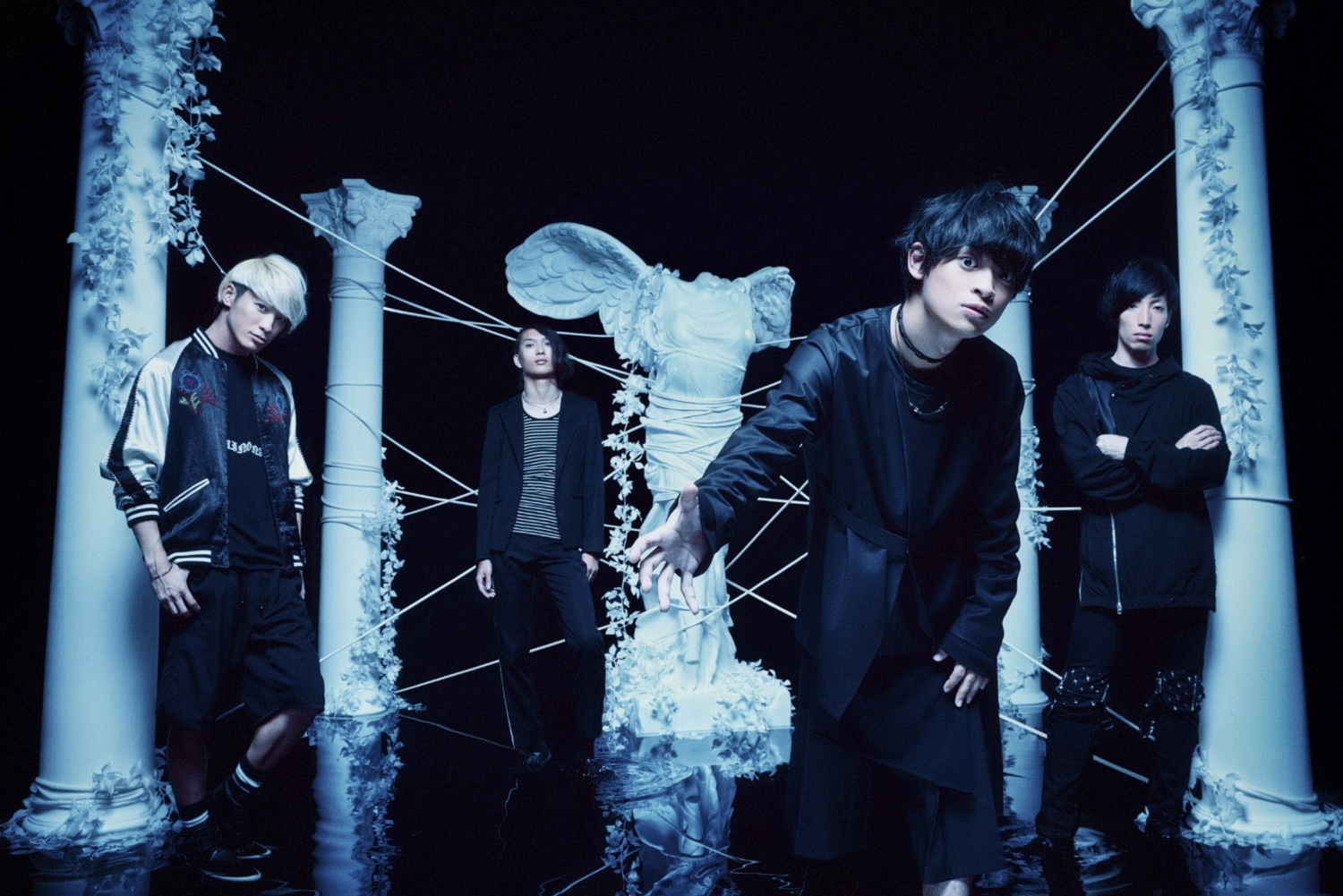 ...life on tour was more difficult than we’ve expected, but being on the road allows us to grow."

How did the name THE ORAL CIGARETTES come about?

We chose it basically because we liked how it sounded.

The band has done the theme song for Noragami Aragoto. What’s the most attractive thing about anime shows to you?

It doesn’t just possess an interesting storyline, it also comes with an underlying message. I think it’s amazing to see real human emotions against a backdrop of an unimaginable environment.

UNOFFICIAL has many emotional, powerful rock anthems. Would you consider that a signature of the band by now?

Yes. The songs that we make are written with the image of performing them in front of a live audience. We feel that through this album, we were able to showcase THE ORAL CIGARETTES’ unique view of the world through the lyrics and sound.

There’s a lot of surreal, sci-fi imagery in your music videos. What influences you to use that in your videos?

I’ve always been a fan of movies and the imaginary world, and thought that if we were to embed our realistic message within a fantastical video, it would stand out more.

To be honest, life on tour was more difficult than we’ve expected, but being on the road allows us to grow. At the same time, performing in front of our audience is a feeling that cannot be replaced and that makes up for everything. In the end, we do enjoy it. 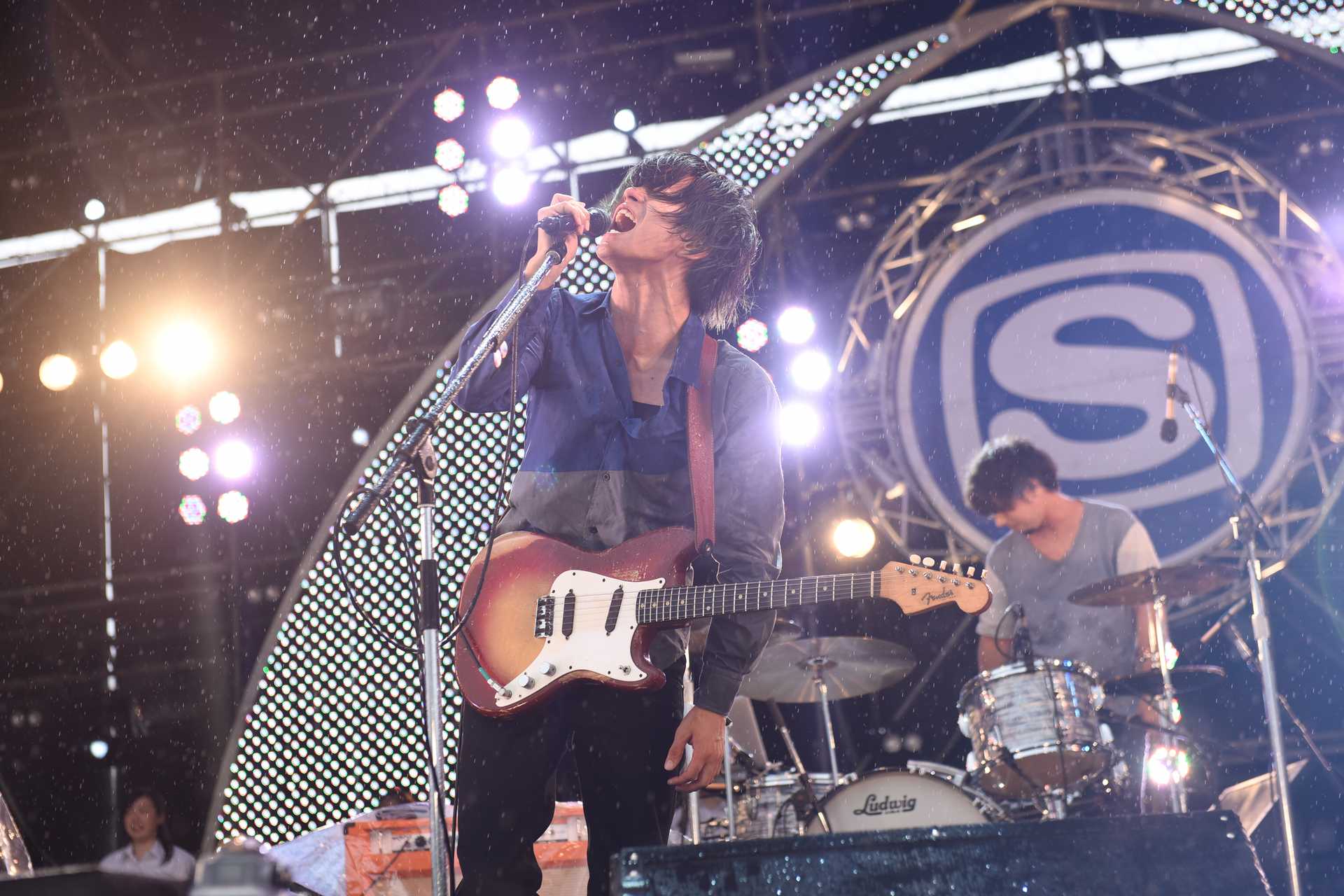 We want to become the type of group that people not just in Japan but all over the world know of..."

How did the name Frederic come about?

Koji Mihara: We got it from Leo Lionni’s children’s book “Frederick”. The story goes that while all the other mice were gathering food to prepare for winter, Frederick was always deep in thought and never did anything.

All the other mice thought that he was lazy, but when the deep of winter came and food ran out, Frederick warmed the hearts of the other mice by telling them stories. In the same way, we hope to warm people’s hearts and spread happiness through our music, so we named ourselves Frederic.

What are some of the influences for Frederic?

How influential is pop music to your sound? There are many melodic and poppy songs in your discography.

Koji Mihara: We think of ourselves as a band that hopes to create really popular music. We want to become the type of group that people not just in Japan but all over the world know of, so I’d say that we’re influenced in the sense that we are musicians hoping to deliver popular music to the world.

For ‘OWARASE NIGHT’, ‘oddloop’ and ’Tomei-ningen’, both music videos feature two women performing odd dance moves. Are these music videos meant to be part of an ongoing theme for your videos?

Kenji Mihara: We work a lot with a great director called Smith, and he was the one who thought of it. As a band, we place a lot of emphasis on not just thinking of new ideas for the band itself, but also using our music to inspire other creators.

In a regular music video, you’d expect the dancers to have bright or lively expressions while dancing, so being expressionless while dancing, in this case, creates a dissonance that draws you to the video instead.

Your music videos also frequently showcase the landscape and greenery of Japan, whether if it’s night or day. What do you like most about your country’s environment?

Ryuji Akagashira: The fact that we have the four seasons. The weather in spring and autumn is always great.

Koji Mihara: We always make sure to stay healthy. For example, we’ll have honey for the throat, and eye masks to make sure our eyes get enough rest. What’s tough is the huge difference in temperature between the certain regions. 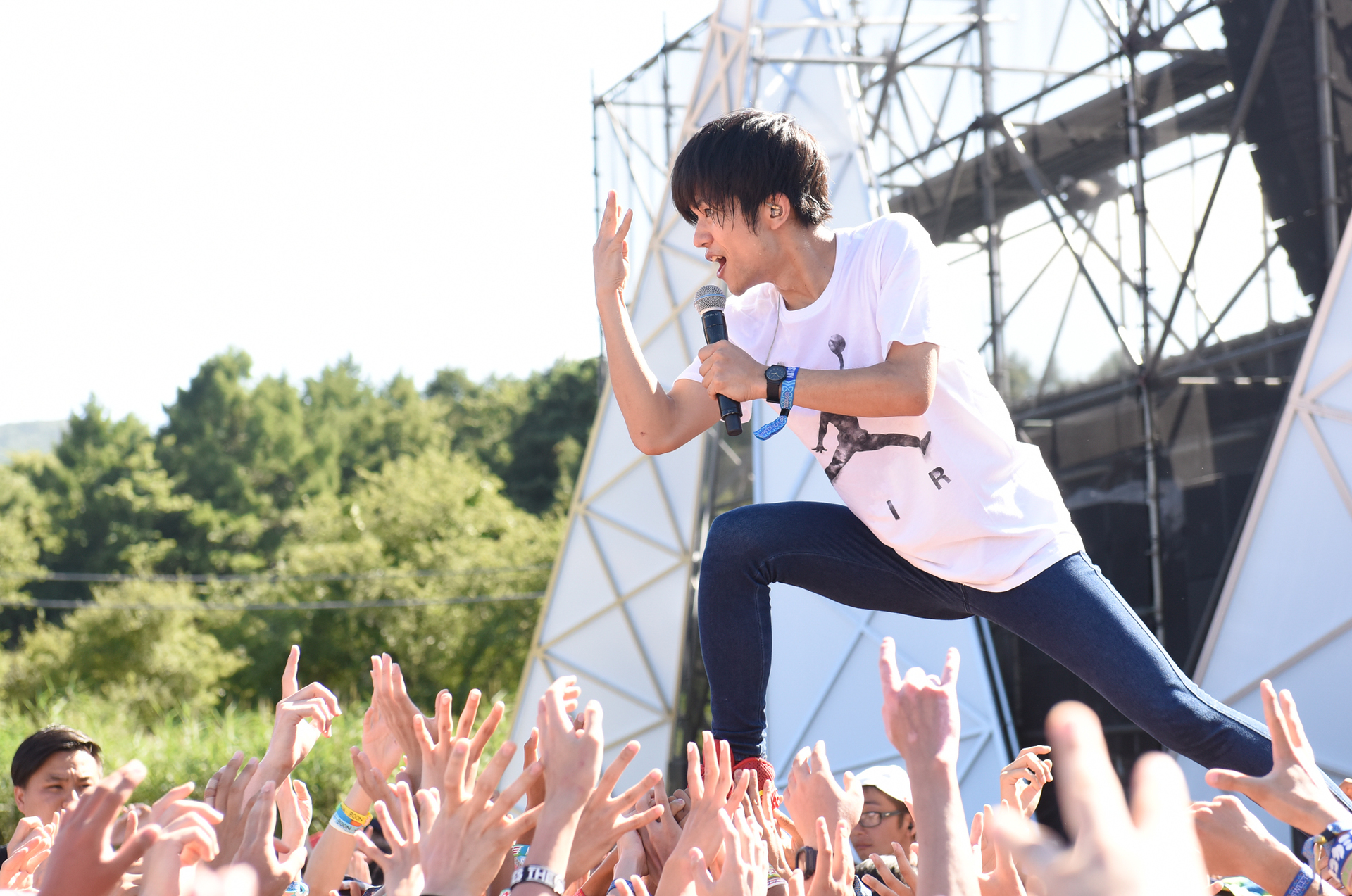 Instead of saying that our music speaks for the common people, we sing about things that everyone feels but nobody says out loud. The fact that it’s not only us who feels the same way allows people to connect with our music."

You describe yourselves as a "five-man multi-directional negative disco punk band”. What does that mean to you?

In our lyrics, we let out the emotions of anger, sadness and envy while dancing and enjoying the music. Multi-directional is the versatility of performing with any band or at any event.

Does the term “disco punk” used to describe the band come from your songs, which are both fast and aggressive while still being danceable and catchy?

We wanted to project a style that is danceable with a fast beat. Though we do aggressive performances, we also take extra precautions to make sure that our fans can keep up with us at our shows.

For Japanese artistes, it would be the telephones, Ginnan BOYZ, The Mirraz and Fujifabric. Foreign artistes would include Arctic Monkeys and Klaxons.

Do you feel your music speaks for the common people? If so, why?

Instead of saying that our music speaks for the common people, we sing about things that everyone feels but nobody says out loud. The fact that it’s not only us who feels the same way allows people to connect with our music.

The sense of unity with the fans. Our live shows are where we enjoy everything together, be it laughter, dancing to the music or feeling moved.

It’s when the water pressure of the shower head in the business hotel is too weak or when the fridge isn’t cool at all. 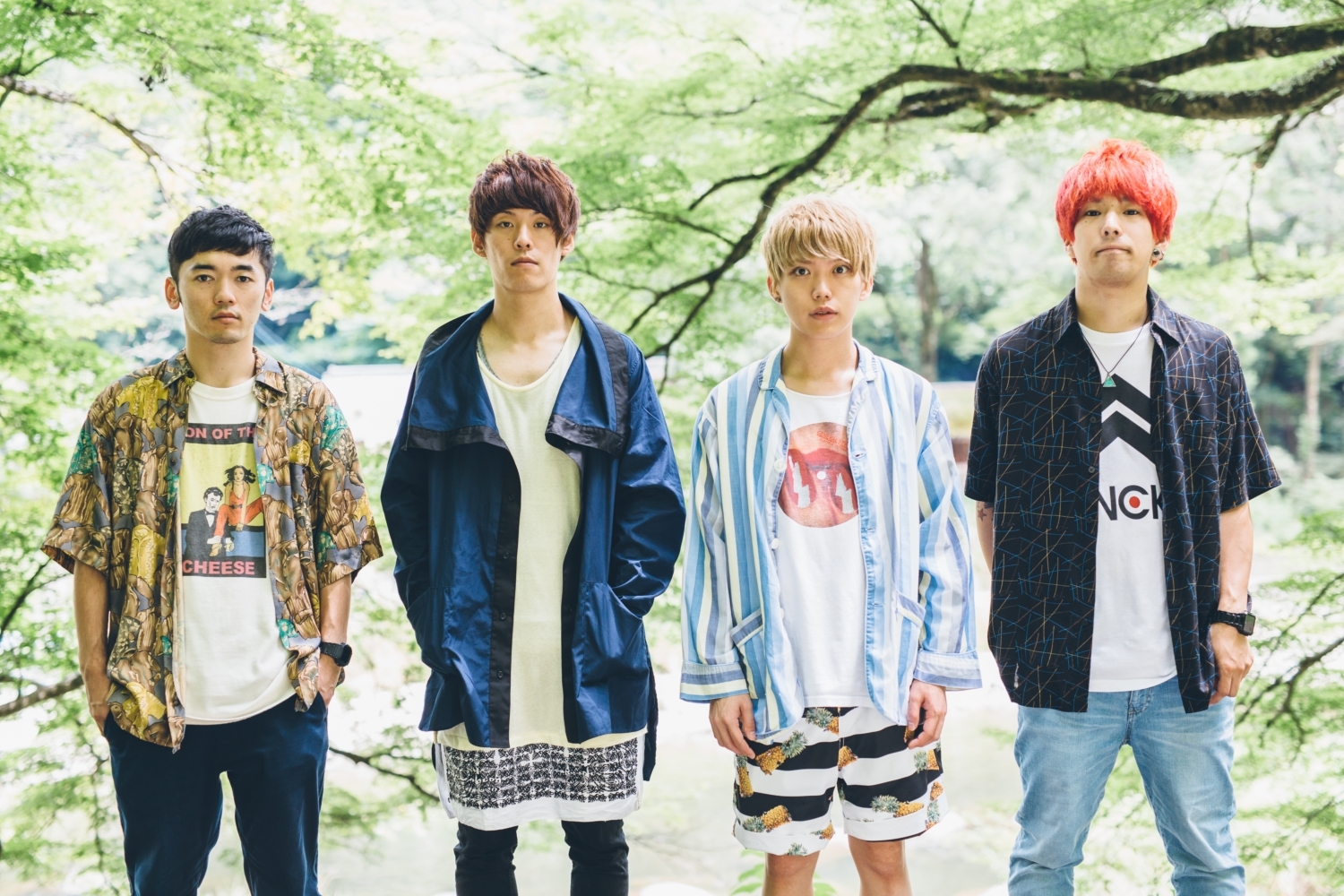 The tours are always long so we make sure to take care of ourselves and stay healthy."

What does “04 Limited Sazabys” mean?

There isn’t a particular meaning to it. For some reason or another, GEN just thought that it would be good to have a long band name and wanted it to also include a number, which was how it was decided.

How does eureka, your latest album, differ from your previous albums?

It doesn’t really differ in any obvious ways. But since our major debut, we’ve started paying more attention to creating music of an even higher quality than before. However, we worked on “Horizon” and “Feel”, which were released as singles last year and also the first two tracks in “eureka”, with the intention of including them in the album. We wanted to create an album with a really rock sound.

How was it like recording eureka? What did you learn this time around when writing the songs?

I just remember that producing the album took a lot of time and we ran on a very tight deadline.

What do you like to do in the summer?

We’re planning to take part in a lot of music festivals and events.

The tours are always long so we make sure to take care of ourselves and stay healthy. We’ve always been able to put on a good show, so I can’t really say I’ve found anything especially difficult.

Is it surprising to the band that they have a fanbase that doesn’t speak Japanese?

It makes us really happy. We’re simply glad that our music is reaching a wider audience even though we’ve only been focusing on the local scene so far.