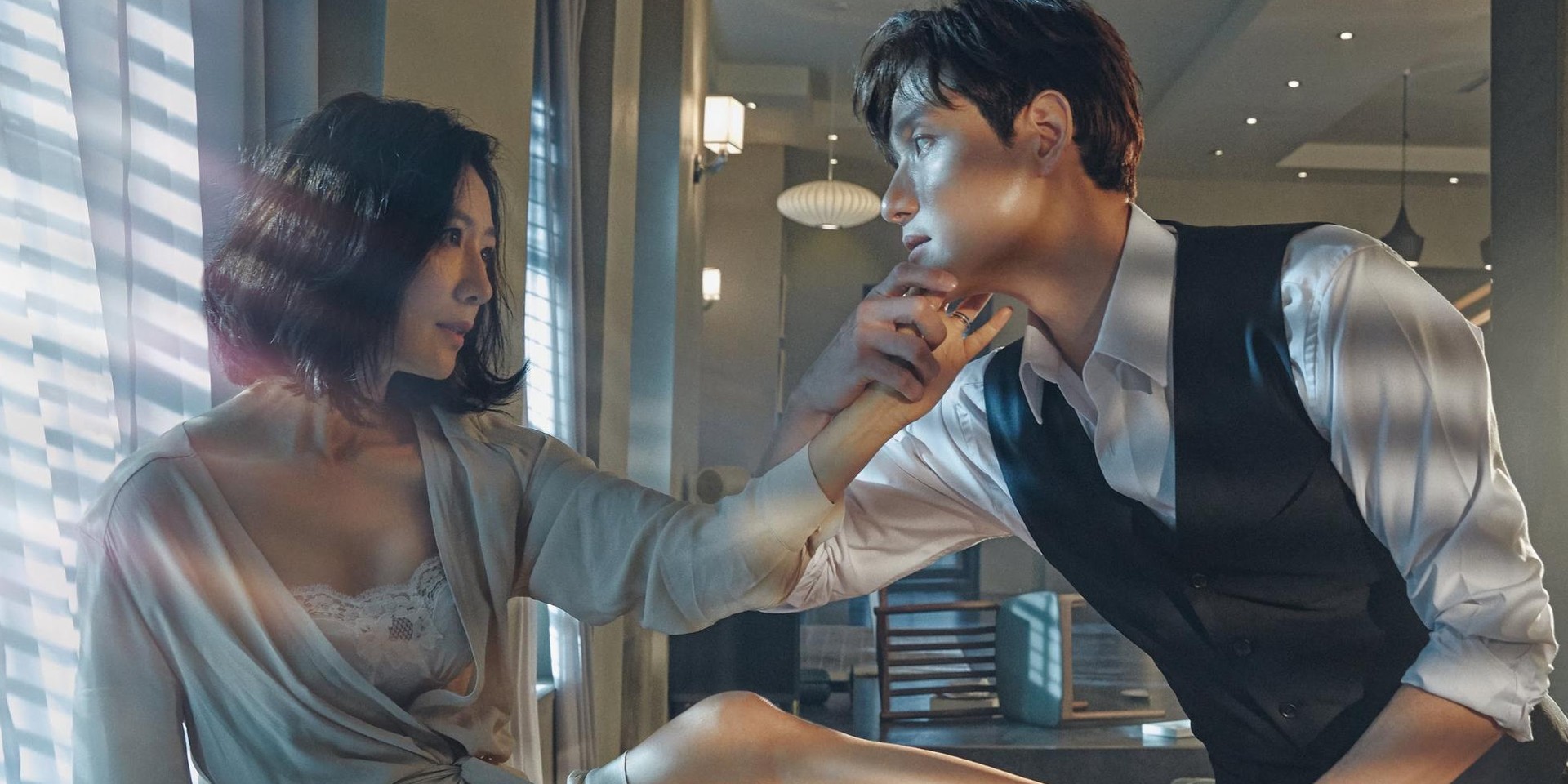 Resisting the temptation to satisfy one’s desires is real - welcome to The World of The Married.

A tale of jealously and betrayal down a rabbit hole of mind games, the JTBC cable drama which now airs on Netflix spells out the irresistible yearning for young love and feelings that have turned stale after years of marriage. The 16-episode series zooms in to a world where adulterous love takes the limelight and highlights the consequences that unfold when words and actions are spun out of proportion.

The married couple in question is played by Kim Hee-Ae and Park Hae-Joon, who are joined by supporting couples featuring the likes of Han So Hee, Park Sun Yeong, Kim Yeong Min, and more. Boasting a long list of acting accolades, The World of the Married sees Kim Hee-Ae adding on more to her list, having won the Baeksang Arts Grand Prize this year for her stellar portrayal of a married woman hungry for revenge and love.

Switching between nostalgic love songs reminding one of the better days and the spine-chilling ominous orchestral themes, The World of the Married's soundtrack reverberates the overarching themes of revenge and tragedy even louder than its plot. The quotations of the slow second movement of Beethoven's Symphony No. 7 added an extra dimension to the soundtrack, with the grandeur of a march played by a collective of lush strings and the timpani. Cleverly setting the 7th Symphony to the scenes of the female protagonist Seon-U breaking down in tears, it symbolises the never-ending battles that the couples face even after the official signing of divorce papers.

From tear-jerking ballads sung by Kim Yuna, Baek Ji Young, and Huh Gak to the more blissful tunes sung by Josh Daniel, Sonnet Son, and Ha Dong Kyun, these six theme songs from the OST of The World of the Married will surely satisfy your urge to replay this series all over again.

The most recognisable theme song from The World of the Married is no doubt Kim Yuna's 'Lonely Sailing', an emotional ballad that encapsulates the characters' loneliness of separation and leaving their old lives behind.

Turning against the person you once deemed as the love of your life sounds delusional, but it is the harsh reality that undermines the hatred and guilt between the married couples. 'Lonely Sailing' showcases Kim Yuna's operatic lament in a cry for help amid the soft piano arpeggios and ascending strings in the background.

Josh Daniel - 'Nothing On You'

Outlining the purity of marital bliss in the early days of Sun-Woo and Tae-Oh, Josh Daniel's rendition of 'Nothing On You' is the musical representation of the calm before the storm. Sang as a profession of one's love, the scenes that flashback to happier days of their marriage never fail to leave a bittersweet aftertaste on the tip of viewers' tongues.

'Nothing On You' seemed to have told the story from their son Jun Young's perspective, with his innocence at the beginning when he believed that his parents could reconcile their conflicts. It was only until he witnessed the domestic violence firsthand that scared him and left a scar on his mental well-being.

I just can't love no-one,
As hard, as strong, as true
Cos all the world have nothing
On you

Sung by Son Seung Yeon, who is also known by her moniker Sonnet Son, 'Sad' drowns listeners in a sea of melancholy as she belts out the chorus. The vocal powerhouse was widely recognised as the winner of reality singing competition The Voice of Korea in 2012 as well as her appearances on Immortal Songs 2 and King of Masked Singer.

To all the lonely nights which saw Sun-Woo in a sobbing mess and the car rides that felt like eternity enveloped in silence, Ha Dong Kyun's 'Just Leave Me' is a calmer take conveying the sobriety of suffering alone, but at the same time, it reflects how the characters are better off alone at times. Known for being IU's former vocal coach, Ha's mesmerising voice is a given when it comes to soft acoustic ballads.

I know that you mean the best for me

Your comfort tortures me even more

The soft opening of Huh Gak's 'Farewell In Tears' recalls the better days when Sun-Woo and Tae-Oh were madly in love. Escalating into a powerful climax, Huh Gak sings about how their love has metamorphosised into a toxic, unwanted relationship that is barely recognisable at all.

The old-school instrumental arrangement to the song is almost like a throwback to K-dramas of a decade ago, which saw Huh Gak as an emerging vocalist and OST singer. He was featured in the soundtracks of Glove, The Greatest Love, Big, My Love From Another Star, and more, with several chart-topping ballads.

This love has become a cruel poison
This goodbye can’t ever be turned back now
All of the days I loved you like crazy, it hurts so much
I’m letting you go with tears

Towards the end of the series, one would expect to seek some form of closure, but in The World of the Married, there would not be any closure without the eruption of pent-up frustration over the 16 episodes. As truths unveil themselves and the characters walk out of what they previously conceived as their fantasy, the ending of The World of the Married leaves with viewers a debate of whether love is harsh or kind - or maybe, it is just a fond memory to look back upon.

Baek Ji Young's 'The Days We Loved' is the perfect answer that viewers receive to conclude the intense struggle for love over 16 exhilarating episodes of The World of the Married. Widely crowned as the 'Queen of K-drama OST', Baek is no stranger to K-drama fans, who have attested to her vocal prowess in the likes of OSTs from Secret Garden, Gu Family Book, IRIS, and more.

The memories cannot be seen and are not belong to me
They still hurt as if I cannot miss them anymore
So I can only swallow my dry tear
Without a sound, I’m falling apart.
Your promises of eternity

Listen to the playlist of our The World of the Married OST picks here: