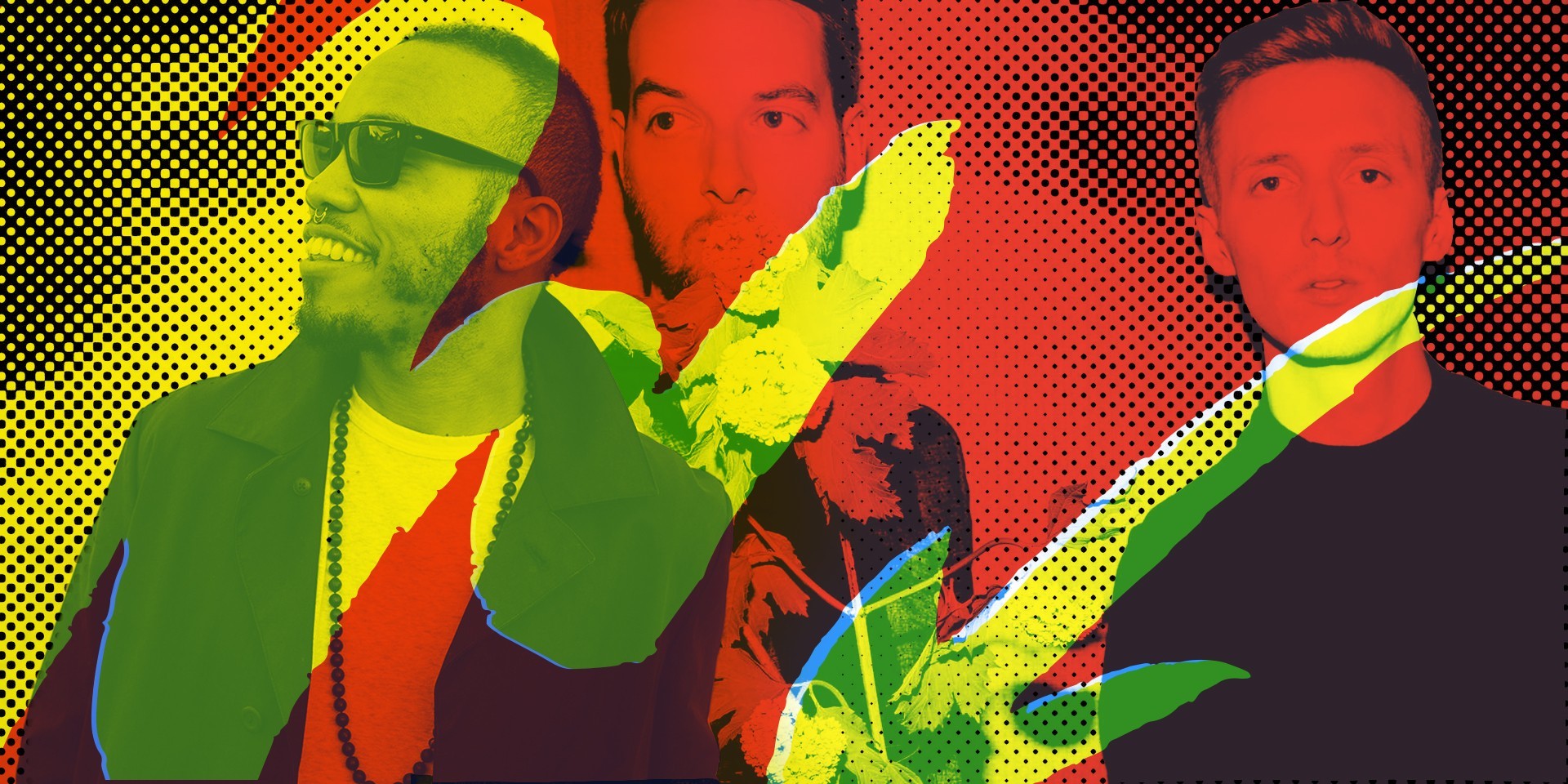 Karpos Live is bringing two remarkable international acts for another night of great music with Mix 1.2! Get ready to groove to the beat as Grammy-nominated American artist Anderson .Paak and English R&B duo Andy Clutterbuck and James Hatcher - better known as HONNE - stage their hottest hits in Manila live this July 24!

Not 100% convinced to see the show yet? We at Bandwagon list down the things these talented artists will be bringing in at Karpos Live Mix 1.2  that should make you look forward to their back-to-back performances:

After rapping, singing, dancing, joking and more in Singapore, Anderson .Paak has already left quite an impression on Filipino fans who were lucky enough to catch him live las January. This, though, is the first time Anderson .Paak performs in Manila, so we can expect nothing less than an unforgettable performance both from the artist and for the crowd as well.

HONNE, on the other hand, is returning to the country after their successful debut at the Wanderland Jungle previously. The duo expresses how much they’re looking forward to making their comeback, especially because of the warm welcome they received from the fans.

“Last time we came everyone was so friendly and the audience was incredible and sang along to every word. It was loud. We’re hoping it’s even louder this time around,” they say.

Anderson .Paak, if you didn’t know yet, has long been the great Dr. Dre’s protege. This mere fact already speaks volumes about Anderson .Paak’s prowess and expertise, which has landed him multiple chances to headline in music festivals globally, a Grammy Award nominations in 2017, and an Apple advertisement.

In fact, even HONNE themselves are excited to share the stage with him! The duo reveals, “[It] is pretty crazy for us as Anderson .Paak is probably one of our favourite artists of the last couple of years!” The pair don't fall far either, as they have showcased their music around the world as well. They have performed at various festivals around Asia, Europe and North America, including huge ones like Coachella, Lollapalooza, and Osheaga.

3. Something for everyone's musical palate

No matter what type of music you like, there will surely be a song or two to be played that you’d find yourself bopping your head and tapping your feet to!

With a rich catalog of influences, it’s no secret that Anderson .Paak takes you to exhilarating waves of R&B, soul, funk, and hip-hop shows all in one performance. He is sure to win you over with his energy - the kind that would keep you moving, regardless if you’re a big fan or not. His intensity onstage brings an experience so unique, you can only find at his shows.

4. Something new to the ears

With a new album being released this August, we can’t help but be excited for HONNE's new music. “It’s actually a 12 track album, but we’re releasing all the tracks as instrumentals alongside it on iTunes," they reveal. And regarding which of these new tracks we’d get to hear when they perform their stage here in Manila? “The setlist will be a mix of old and new tracks to keep it fresh,” they add.

On the other hand, Anderson .Paak puts on a show that has people adding to their bucket lists. Trust us, it’s the unexplainable character and artistry Anderson .Paak brings on stage that makes it something you just have to see yourself. (Our tip? Watch out for his drum solos!)

Limited tickets available - get them now at www.karposlive.com Follow Karpos Live on their socials for the latest updates.