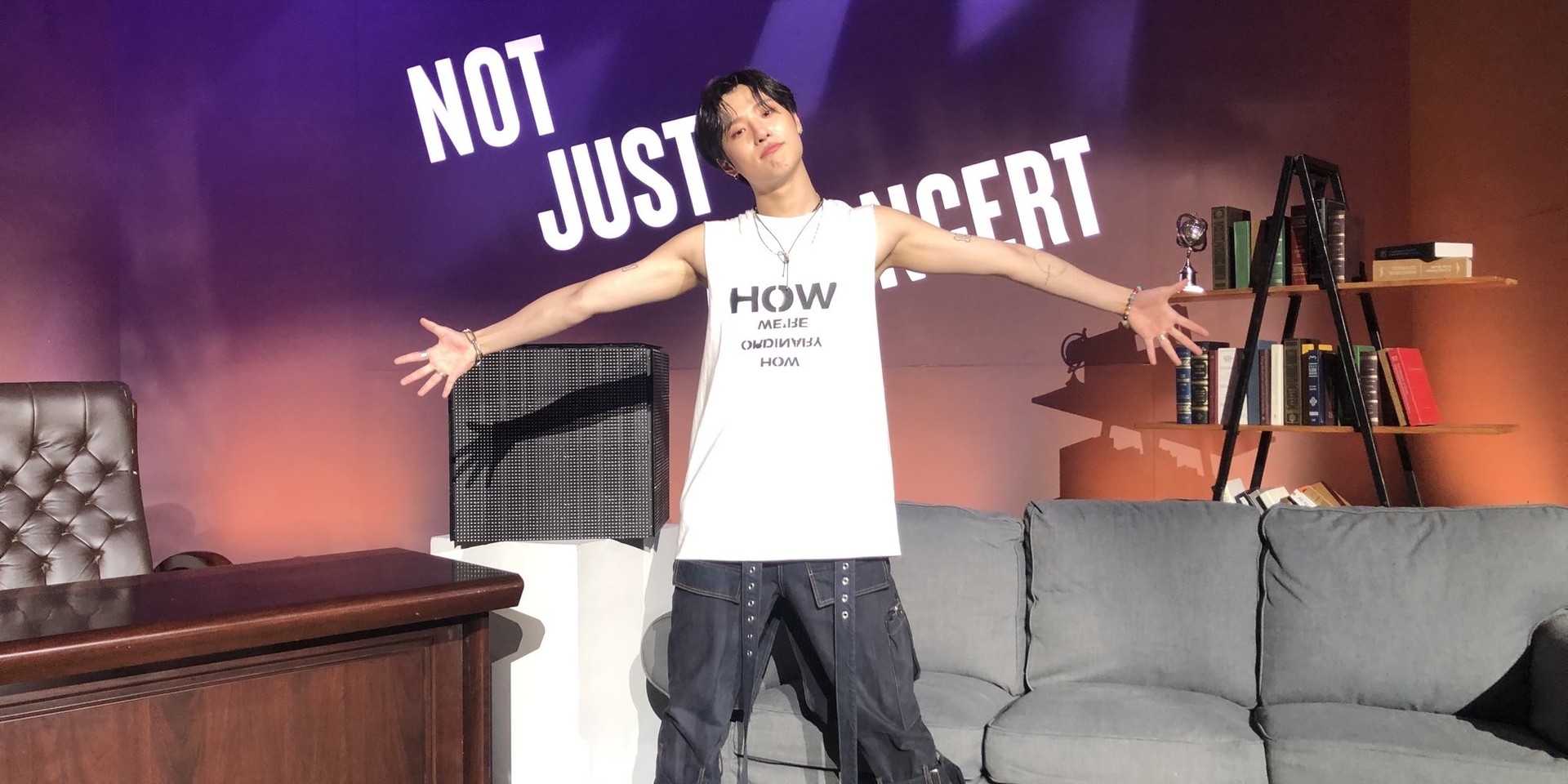 In Not Just A Concert, K-pop artist WOODZ successfully showcased everything fans have grown to love him for: a multitalented performer with a wild sense of humour and the sincerity to match.

WOODZ, the moniker of UNIQ and former X1 member Cho Seungyoun for his solo project, held his first major concert on 27 September under the name Not Just A Concert – W BOX. Of course, the concert was held completely online. Because of the pandemic, this was a predicament that was not considered unique to any artist, but WOODZ approached the format in a way that certainly made it stand out.

In an interview with K4US, he described the concept of W BOX as having unknown contents, like a gift box which leaves the recipient wondering what’s inside.

Making use of a boxlike stage, WOODZ offered an audiovisual feast, the set transforming with every song change to fit each shifting mood. On its own, the mixing in the stage lighting would have already been quite superb; but in the W BOX, it had engulfed the performances in a universe of their own. 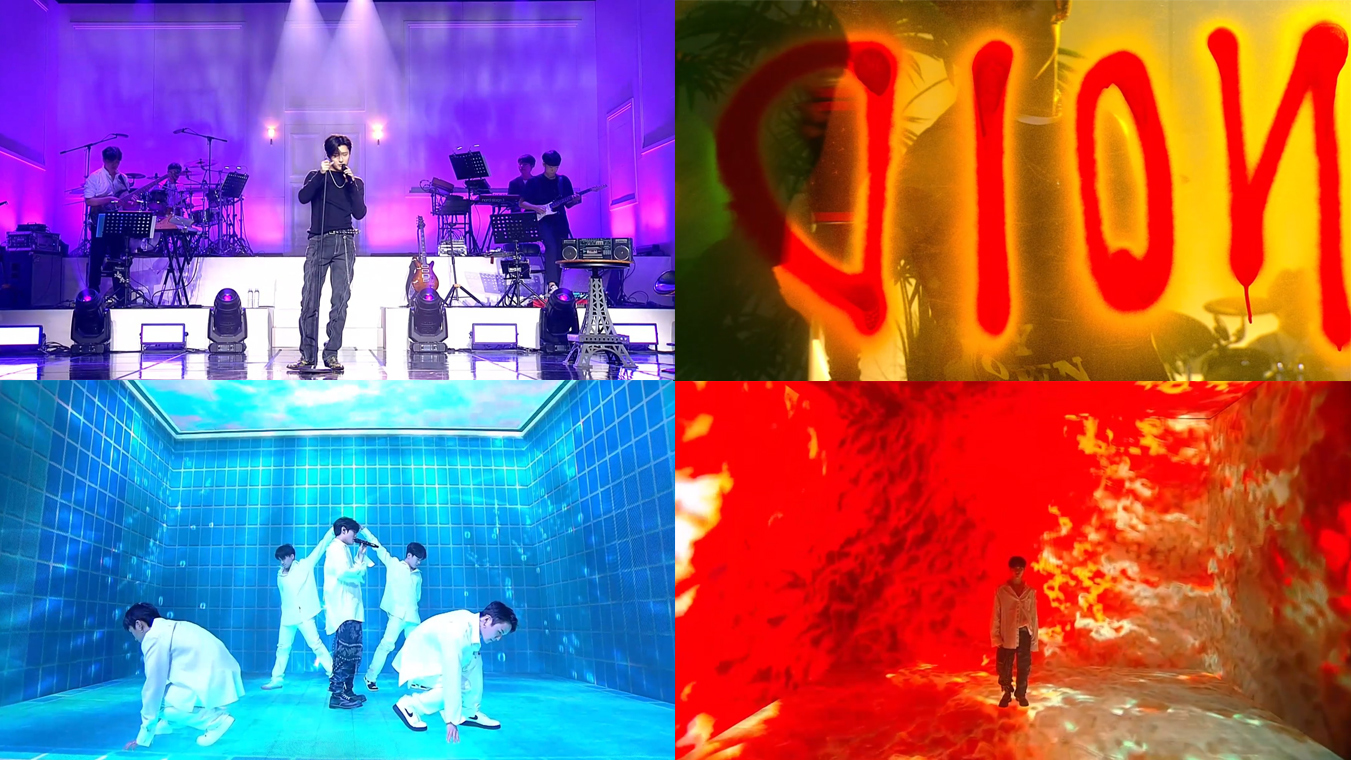 As if that wasn’t enough to break the monotony, WOODZ utilized various formats to keep his audience at home excited and engaged. From his performances with a live band (a first for him and something he said he had always wanted to do) and with his long-time comrades in the Inception Dance Crew, to pre-recorded videos that ranged from hilarious to deeply poignant, and a talk show where he’d interviewed his industry peers and collaborators Colde and Groovy Room, the entire show did not allow for any dull moment.

It encapsulated so much of Cho Seungyoun’s rich, complex character, and showed how well he knows himself, which is no surprise as he’s known to be quite the introspective artist – one who freely enjoys expressing his multitudes.

After all, this is why his stage name is WOODZ. During a guest appearance on MBC’s Idol Radio in 2019, Cho Seungyoun had explained that he chose the name because it represents having “heavy roots, light branches”, respectively pertaining to his heart and mind. He had also spoken about his desire for WOODZ to take on various genres, “like the variety of trees in a forest”, and watching Not Just A Concert – W BOX, it’s easy to also think of “light branches” as pertaining to his creativity, in how freely he plays around with his concepts and does not shy away from approaching them with both silliness and sultriness. Furthermore, it is clearly creativity that is grounded in deep careful thought (“heavy roots”) and stems from the heart. 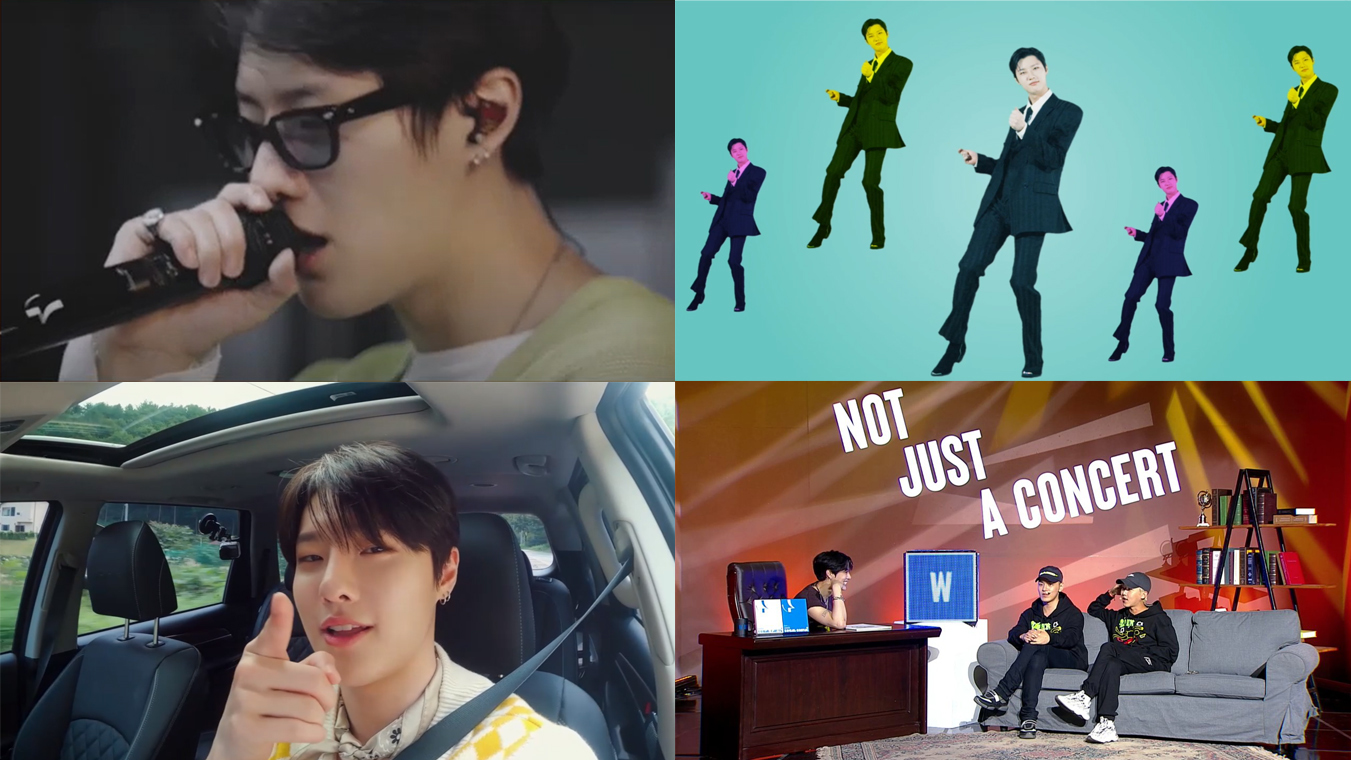 Throughout the show, WOODZ did not hesitate to keep reminding his fans that he prepared everything especially for them.

CSY INTL, a Twitter-based support team with members from China, the Philippines, Indonesia, USA, and Mexico shared with Bandwagon their thoughts about Not Just A Concert, particularly their huge appreciation for the effort he put into it, to bring them so many moments they would never forget.

“Seungyoun is such a special artist. He’s able to captivate people and bring comfort to MOODZ in a multitude of ways with his music to his various talents —that has no bounds— to his personality and so much more. As he dedicated this concert to MOODZ, his gratitude for MOODZ doesn’t ever go unnoticed. He’s so grateful, as we are of him. We are so incredibly proud and thankful that he never gave up on his dream and continues to share his music with the world.”

On how WOODZ ran the show, they also said, “It makes us even more excited to be able to experience an in-person live concert of his. Once it’s able to happen, we hope he’s able to go on a world tour and honestly ticketing already has us nervous just thinking about it when the time comes!”

Shobey, a Singaporean fan based in Japan, spoke about how the show’s title truly lived up to its name, with Seungyoun performing so many roles in it and how he had even personally taken part in creating the stage set-up.

“When he performed all of the stages, you could really feel that he put his heart into it, he has a cool and different vibe when he performs, it was really entertaining that we laughed and cried the whole time. It was really enjoyable, that even with a little set-up and a few people on stage with him, you couldn’t feel that there was anything lacking, because his energy and enthusiasm made it complete.”

But more than what transpired in the concert, there was something else that really stuck with Shobey, who has followed Seungyoun's career since UNIQ. “He is a great performer, no doubt, but the thing that I really appreciate a lot is how he thinks of his fans and the people around him first; the way he shows how much he loves us and how he is grateful for everything.” 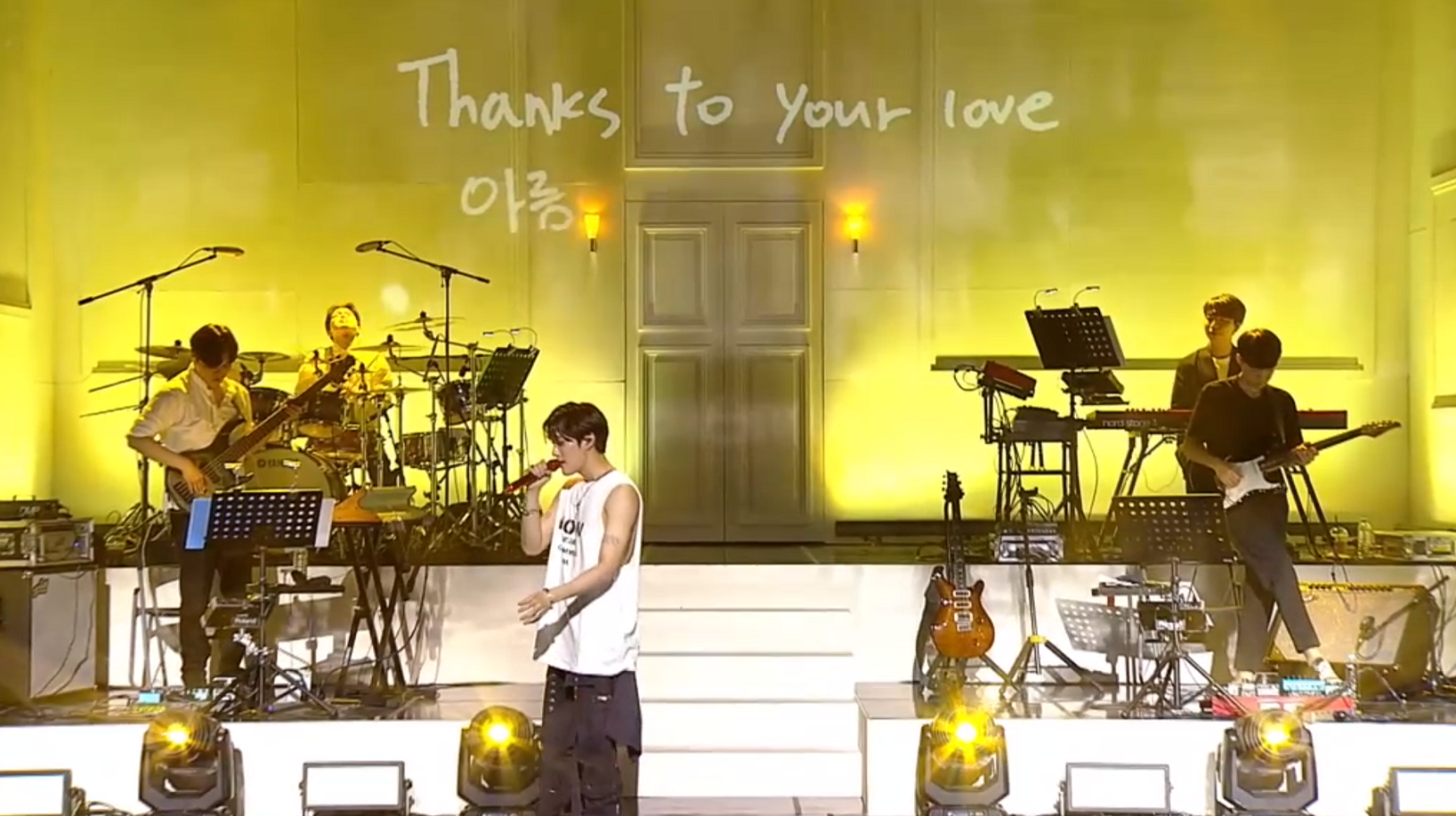 In fact, folks on Twitter pointed out that WOODZ had performed several of his songs with the microphone one of his fan clubs had gifted him last year. He also sang for the first time, ‘Thanks To’, an unreleased song he wrote especially for MOODZ. And after he closed the main show with this, he sat with his band to perform several well-loved UNIQ songs in a special encore backstage.

Shobey also pointed out, that just as much as Seungyoun openly expresses love and appreciation for his fans, collaborators and staff, they also have as much of the same for him. “You can see on Instagram, some messages the staff gave him. They are really thankful, too, and are impressed with Seungyoun, not just because he is a celebrity, but [because of] how much of a person he is. And that’s the thing I’m really proud when it comes to him, how he is staying true to himself.” 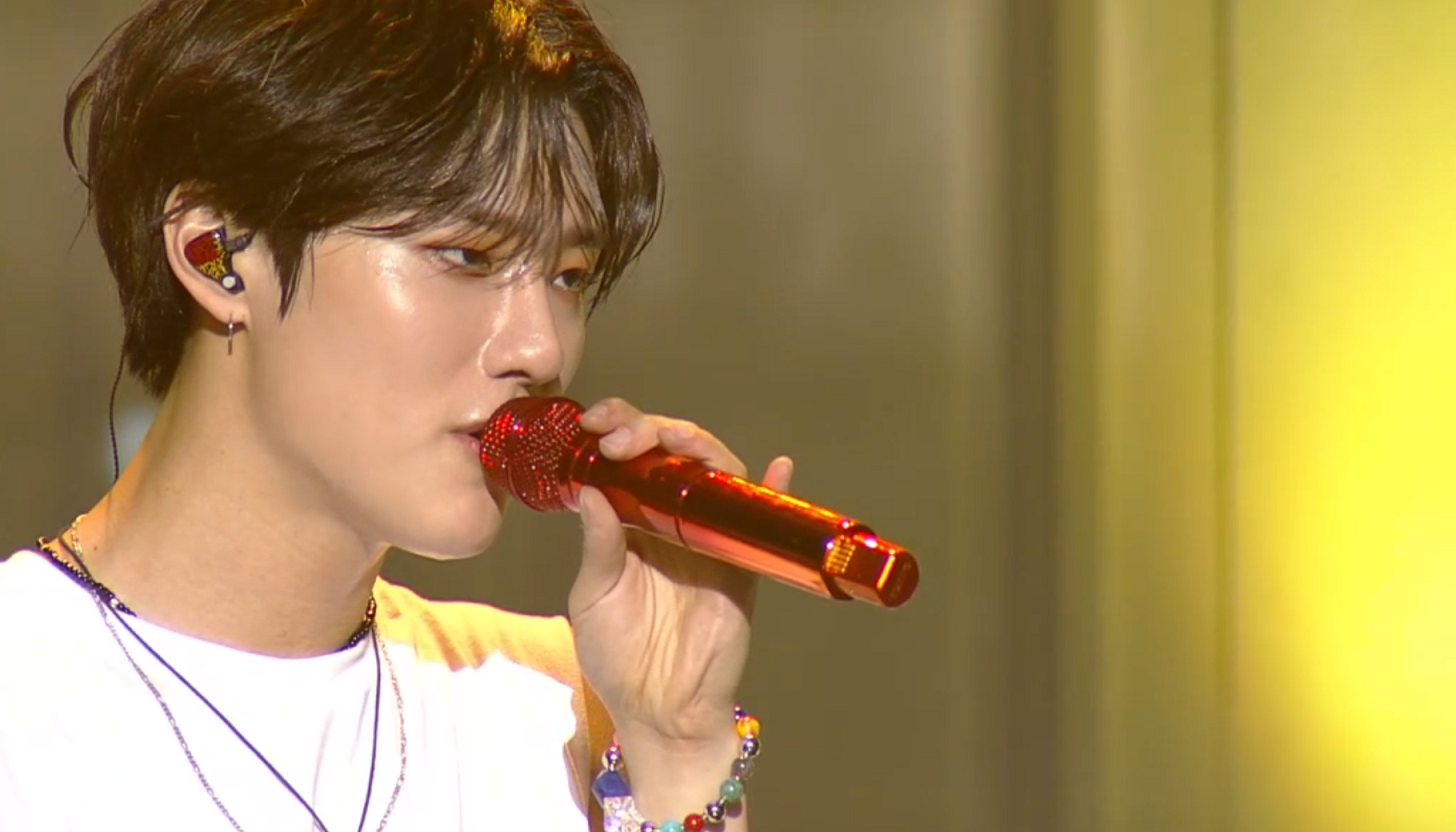 Cho Seungyoun's talents revolve around and have developed with the ups and downs he’s experienced throughout the years since his debut, with the help of the people he had met and worked with along the way. For these talents and what he has achieved with them, he is rightfully touted as an ‘all-rounder’.

Sofia, a fan from Indonesia, said the word came to mind right away while watching the show. “It really suits him well; he really can do it all by himself. This concert is really meaningful for me because I can get reminded again that the journey of Cho Seungyoun is not easy and seeing him never give up really amazes me.”

Sofia had known of Seungyoun since his UNIQ days and became a solid fan upon following his journey on Produce X 101 early last year.  She said Not Just A Concert made her feel glad that she chose to be part of MOODZ (what Cho Seungyoun calls WOODZ’s fans) and she was happy to have heard him mention several times that he dedicated the show to them. “I really felt that it was so sincere when he sang the new unreleased song ‘Thanks To’ for MOODZ. I’m so glad to see that Seungyoun, his MOODZ, and even non-fans seem to be satisfied with this concert.” 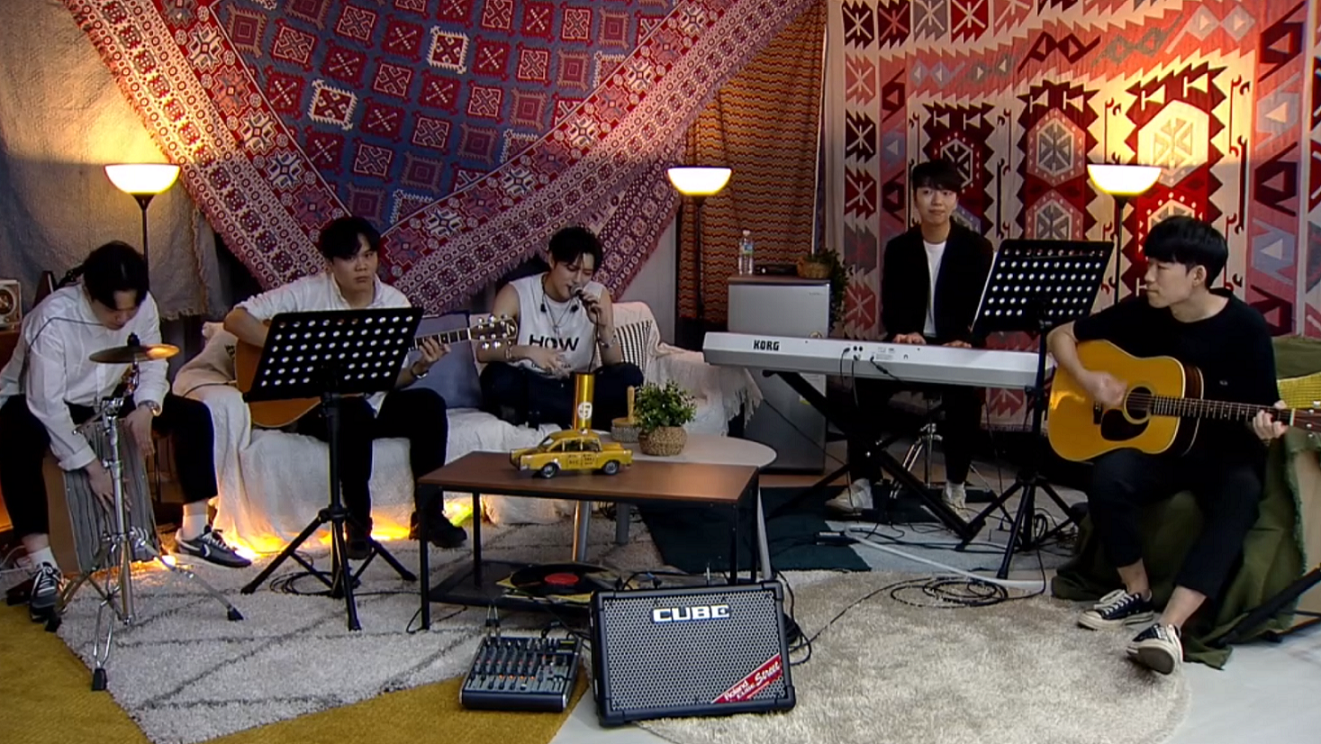 With restrictions for public gatherings placed all over the world, artists and musicians have been having to do their best to create content that would keep their fans engaged and for these to stay memorable.

WOODZ, in Not Just A Concert, managed to do just that. This show was something that MOODZ would surely keep in their hearts and minds, until the day comes where they could experience the wonder of WOODZ live IRL.

Watch WOODZ with 'Love Me Harder' from his mini-album, EQUAL: