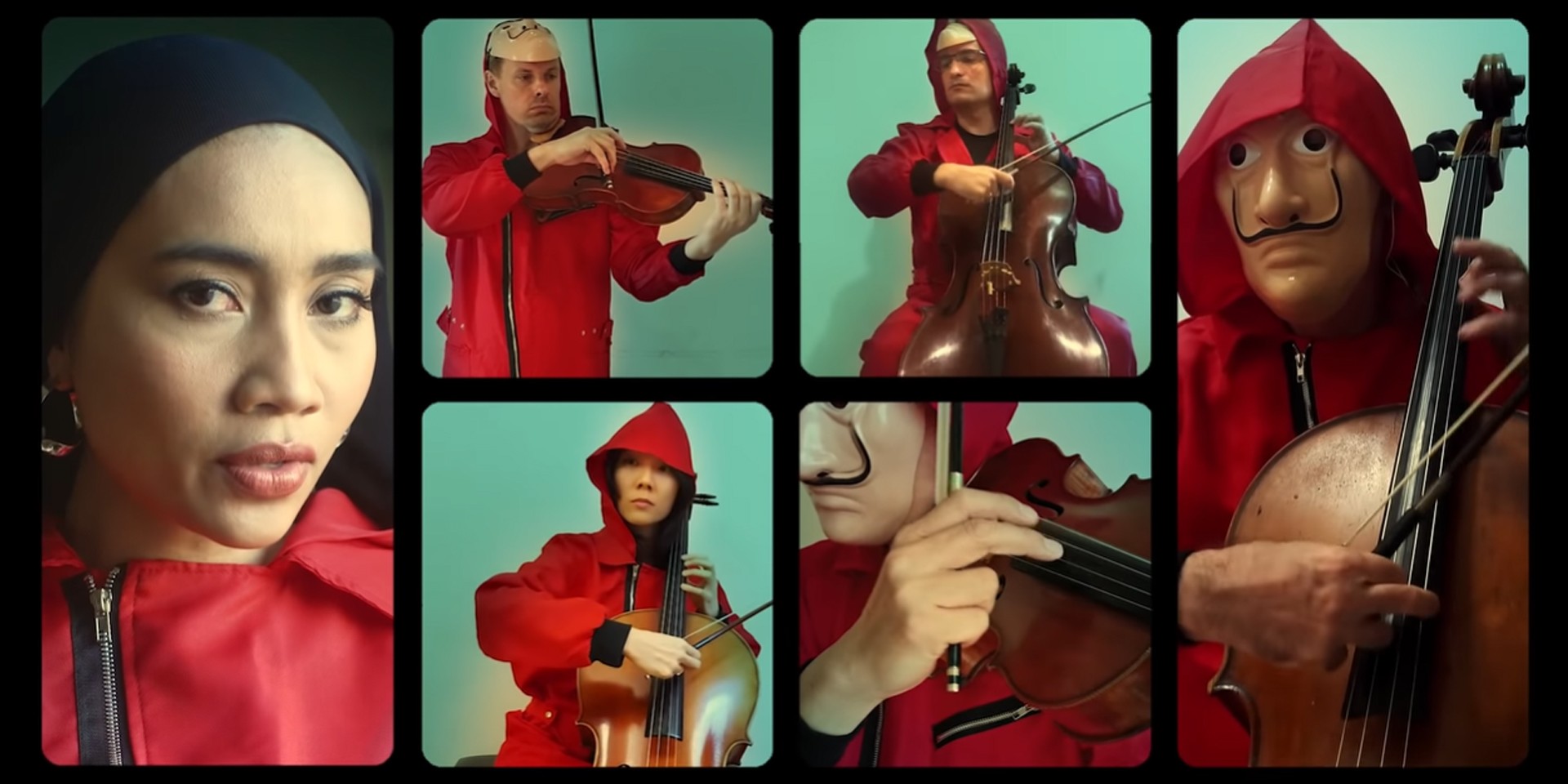 Yuna has shared her own take of the Money Heist anthem 'Bella Ciao'.

On Wednesday (09/01), Netflix Asia released a video of the Malaysian singer-songwriter performing 'Bella Ciao' with the Malaysian Philharmonic Orchestra, two days before Money Heist (also known as La Casa De Papel) returns to the streaming platform for its fifth season.

The powerful anthem first appeared in Season 1 of the Spanish thriller-drama series, before criminal mastermind, The Professor, and his team of recruits storm the Royal Mint of Spain.

'Bella Ciao', which translates to "beautiful goodbye" is an Italian folk song sung by weeding workers or mondinas in the paddy fields of Northern Italy, as they expressed their disdain against authorities.

Check out Yuna and the Malaysian Philharmonic Orchestra's take of 'Bella Ciao' below.

Money Heist returns to Netflix for its fifth season this September 3 (Friday). As part of its promotions, an online co-op mission inspired by the series has launched on Ubisoft's Watch Dogs: Legion, where players will get to don the infamous red jumpsuit and Salvador Dalì mask as they make their way into the Bank of England for a dangerous heist.