On 31 October, the Golden Indie Music Awards (GIMA) held its 11th edition at the Taipei Music Center, with an eclectic mix of talents gracing the stage and paying testament to the diversity and creativity of Taiwan’s burgeoning music ecosystem over the years.

This year, GIMA celebrated the theme ‘GIMA is the Future’, amplifying promising voices and spotlighting a wide array of artists whose music transcends genres and bridges cultural distances to connect with listeners. Highlights included J.Sheon's three-win sweep as well as Hakka folk singer-songwriter Misa (米莎)whose Foucault-inspired album The Ship of Fools clinched the Best Folk Album award for its heady and effortless blend of punk, psychedelic rock, and jazz sounds.

Having introduced a brand new category, the Asian Original Music Award, which recognised Asian artists outside of Taiwan, GIMA set its sights higher with a more regional focus while continuing to develop its homegrown independent music scene. This category saw prominent artists such as Rich Brian, ena mori, and Rina Sawayama nominated, with Rich Brian pulling ahead to win the award for his album The Sailor.

As with any captivating event, music and visuals worked in tandem to elevate the experience, especially given the move online due to the COVID-19 pandemic. Behind the glamour, two especially significant driving forces were responsible for spearheading GIMA’s success: Visual Designer Godkidlla 廖小子, who devised the stunning backdrop and visuals that illuminated the award ceremony, and Music Director Blaire Ko 柯智豪, who produced and orchestrated the concerted melding of the background music with the visuals leading up to the awards and during the night's festivities.

Bandwagon spoke to both experts to find out what went on behind the scenes, the respective challenges they faced, and their hopes for GIMA 2021 as a beacon of Taiwan's independent music scene.

Godkidlla is widely recognised for his vigorous art style that is often imbued with a distinctly homegrown flavour. The owner of two separate bookshops in Taipei and Kaohsiung, the graphic designer is frequently nominated at the Golden Melody Awards for his work. In 2018, he won the Best Album Design in 2018 for his artwork for indie band Sorry Youth’s Brothers Shouldn’t Live without Dreams album.

This year, he designed a stunning skeleton of an enormous sea creature that served as GIMA’s backdrop, drawing inspiration from the sea and all the mysteries that it holds to illustrate the theme ‘GIMA is the Future’. "Firstly, the theme prompts us to ponder the direction GIMA should take moving forward," he shares. "Secondly, the Taiwanese pronunciation of 'GIMA, actually means 'the present'. Taken together, their polysemous phrase offers many possibilities for us to unpack and imagine."

"When we think of the future, we tend to imagine the sky, the solar system, the universe and the galaxy,” he explains. “But closer to us, there is the ocean, where only five percent of it has been revealed to us. There is a whole universe beneath the waves waiting to be discovered.”

This is especially poetic, considering Taiwan is surrounded by the sea. “The sea is so close to us but it is still full of mystery, just like how GIMA is a brimming vessel of yet unknown potential. Who knows what possibilities we will discover in time to come?”

How long did it take to come up with this concept?

It’s difficult to estimate how much time it took. Because I have always loved the ocean and deep-sea creatures, the concept of this sea beast has been in my mind for a while, and I happened to have the opportunity to materialize him in this way for the event.

Were there any songs / movies that inspired you?

No actually, haha, but I did refer to many deep-sea animal skeleton diagrams and deep-sea exploration videos.

How was this year’s design process different from previous years, especially since this year was affected by COVID-19?

Because we had to communicate with many consultants and smoothly integrate our vision, there were many sudden emergencies and unexpected workloads. Fortunately, everything turned out well in the end.

Regarding the pandemic, the impact on Taiwan is small. Of course, there are always various concerns beforehand, but fortunately, no serious situation has occurred yet. 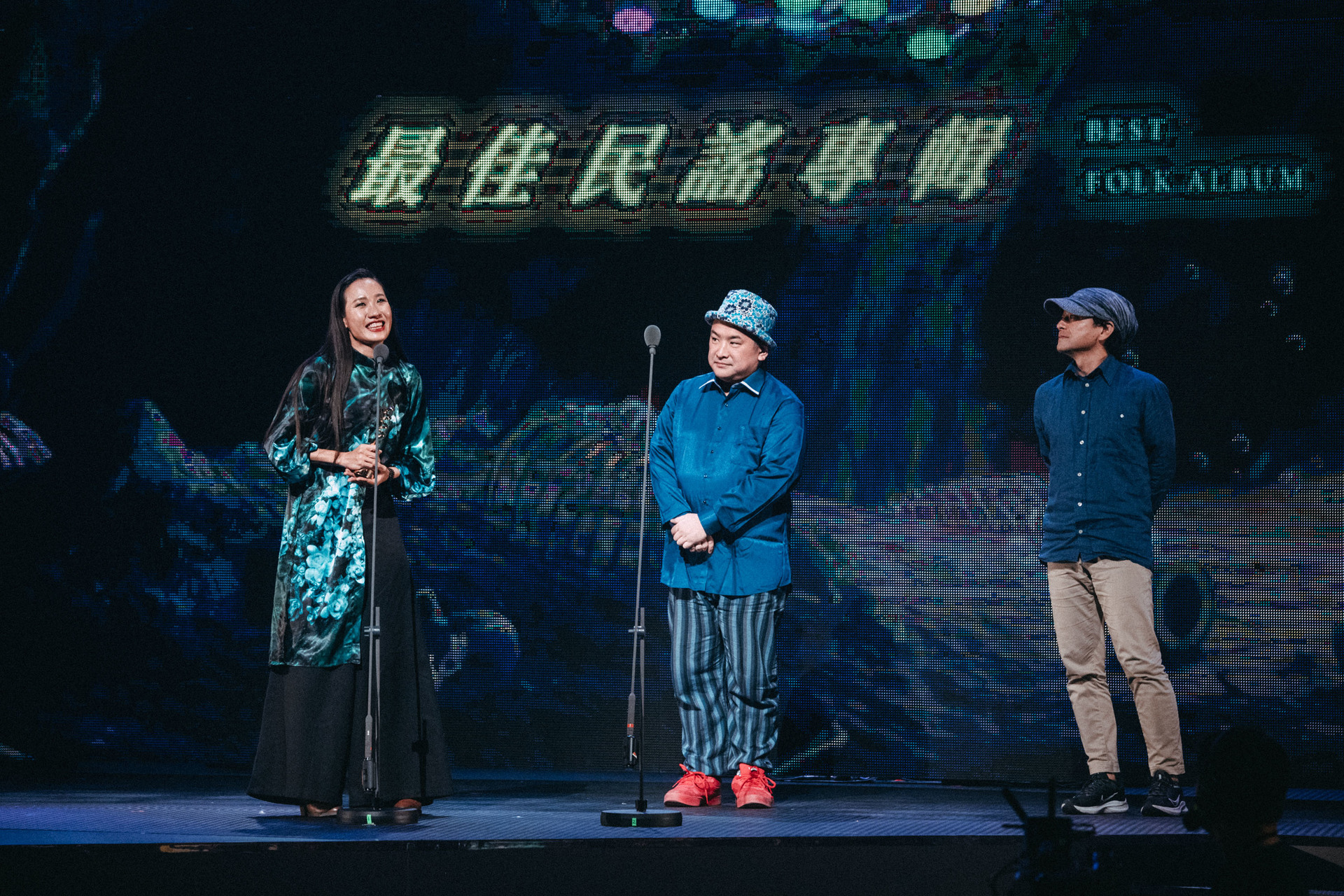 What were some key design/visual highlights for the audience this year?

The fin is taken from the common lamps seen on the streets of Taiwan, called peafowl lamps. Personally, I think this transformation is very handsome. There are also various fish body organs derived from musical instruments, which took a lot of effort.

How did you ensure that the visuals also brought out the music highlights?

This isn’t necessary, actually. In this era, everyone already expects great music to be accompanied by good visuals. I just need to spend all my energy on trying to make the visuals the best.

In your opinion, what made GIMA a success this year? Was there anything that could be improved for the visuals?

I think it could have been more visually ambitious, so that it could appear more dynamic in real life, or it could have incorporated certain on-site installations.

I hope for more effort to be directed towards the marketing of the event. GIMA is relatively young compared to other awards of similar nature, so it’s necessary to let everyone know of its uniqueness and importance. This will also help the recipients to fully comprehend the significance and weight of the award. 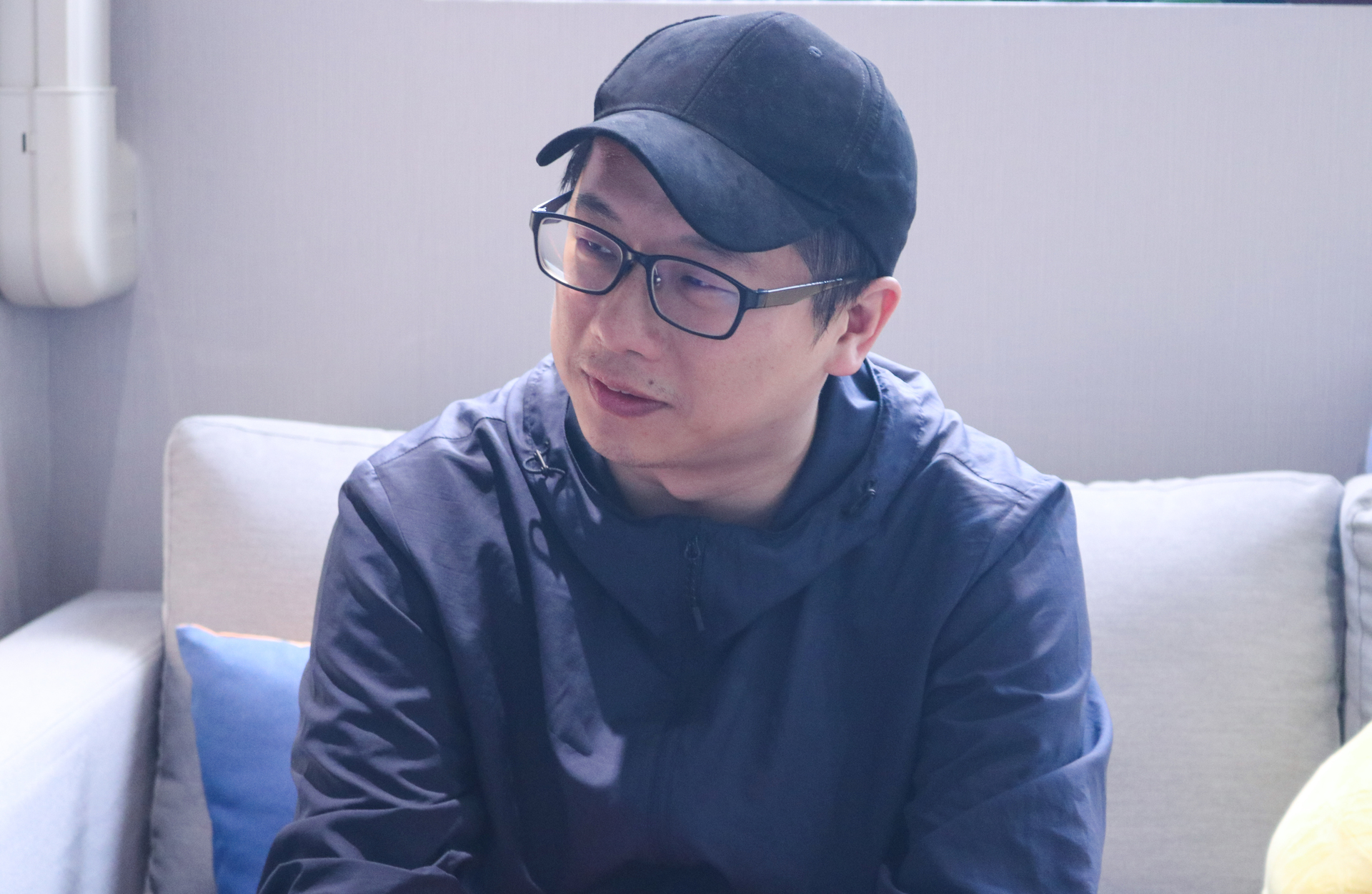 Taiwanese composer Blaire Ko has a list of accomplishments to his name, having won the Taiwan Golden Bell Award for Best Sound soundtrack, Melody Award for Best Hakka Album, and frequently nominated for a Golden Melody Award for Best Orchestra and Best Pop Instrumental Album. He has also composed several scores for films such as Winds of September and The Bold, the Corrupt, and the Beautiful.

This year, Ko was responsible for the backing track that accompanied the winning recipients’ accomplishments as well as the music for GIMA’s official teaser. He was also the music director in charge of Amazing Show’s (美秀集團) performance.

How long did it take to compose the theme music for GIMA this year?

How did you get your inspiration for all the different music elements of the Awards show?

GIMA is an award that rewards creativity and diversity. This time I hoped to incorporate a variety of exciting genre collisions—in addition to rock, jazz, hip-hop and electronic, there are also elements of Chinese opera, synthesizers, strings, and more—and this was inspired by the traditional opera theatres in Taiwan. 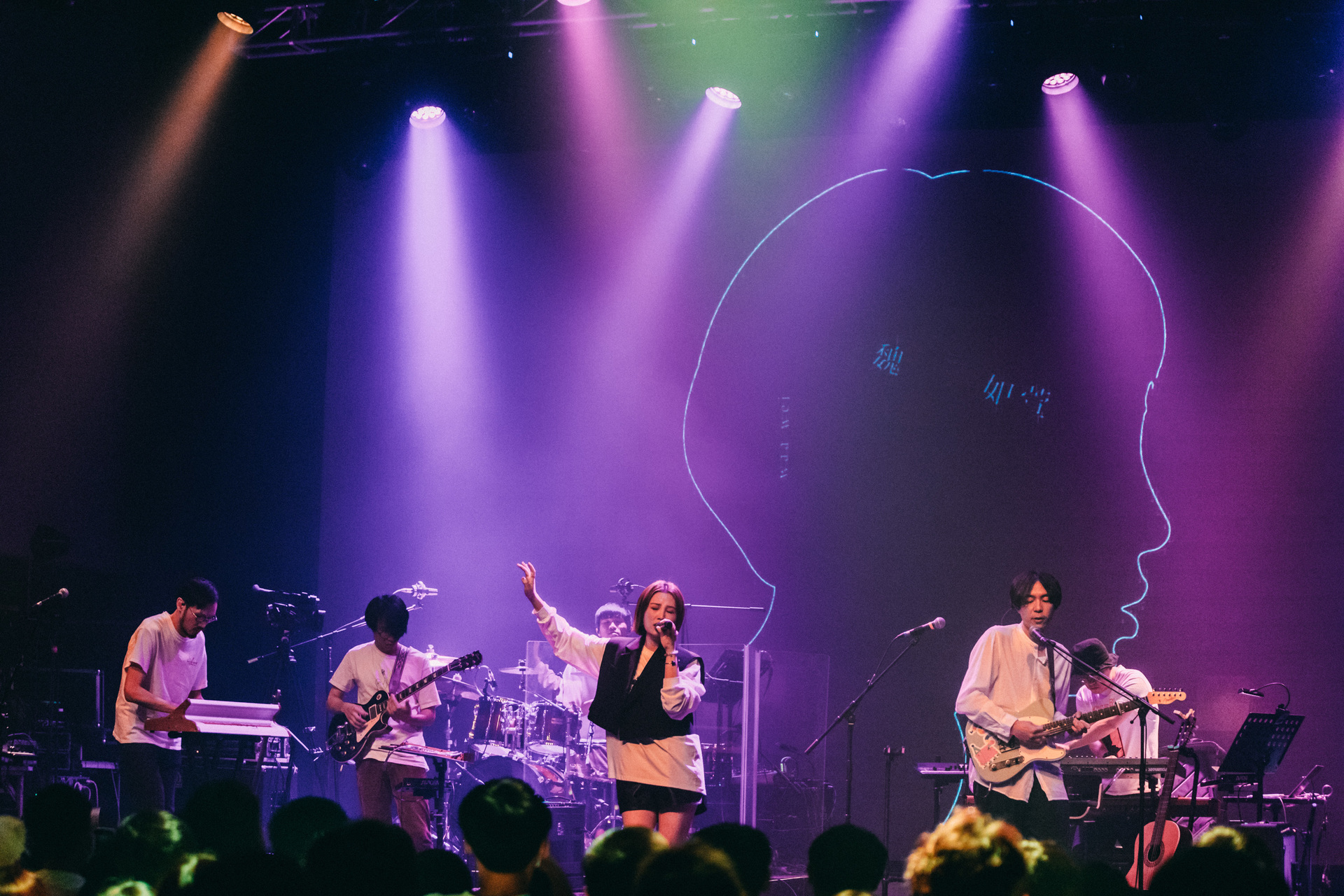 Were there any challenges bringing the music to life for the awards show and to also translate that online?

One of the bigger challenges is the time pressure. I tend to prioritise the performance aspect, thus I will take into account both live and online audiences, and the biggest difference here is the setting.

The live audience cannot leave, so the sense of immersion is very important; what is needed online is to be efficient and clear. We don't know how the videos and sounds will be presented on the other end, so the focus is on drawing immediate attention and maximising the impact.

What were some key music highlights for the audience this year?

The highlight is the outstanding musicians present during the event, please enjoy their talents. 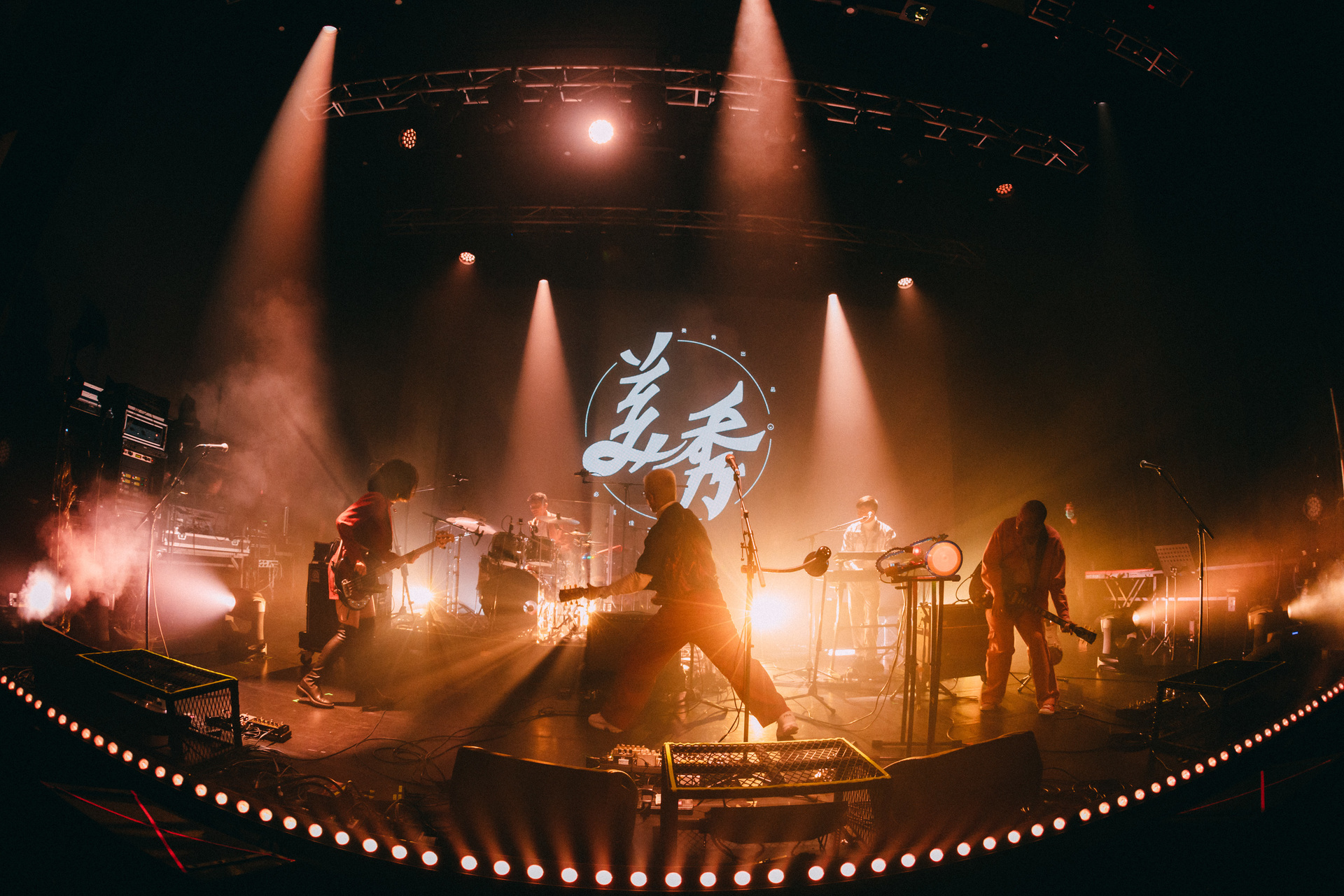 As the musical director for Amazing Show’s (美秀集團) performance, in your opinion, what are some key factors that make a band’s live music performance successful?

The band is very all-rounded in that they can write, sing and present themselves well on stage as an entire ensemble. They are a band I like very much.

Of course, their music is most outstanding. Their music has a coherent and detailed structure, the lyrics are compelling and imaginative, the rhyme is appropriate, and the orchestration is also ingenious. Naturally, they can gracefully tie all this together to bring to the audience an invigorating performance.

In your opinion, what made GIMA a success this year? Was there anything that could be improved for the music?

An excellent team is the backbone responsible for the success of the event. This year, I am very grateful to the organizer and working partners for their hard work. For me, because the theme will change every year, we will have to be diligent next year as well (of course, if there are technical problems, then just don't make them again haha).

I hope that the music we hear will grow to become even more flexible and expressive. The awards will depend on the talents in the next year.