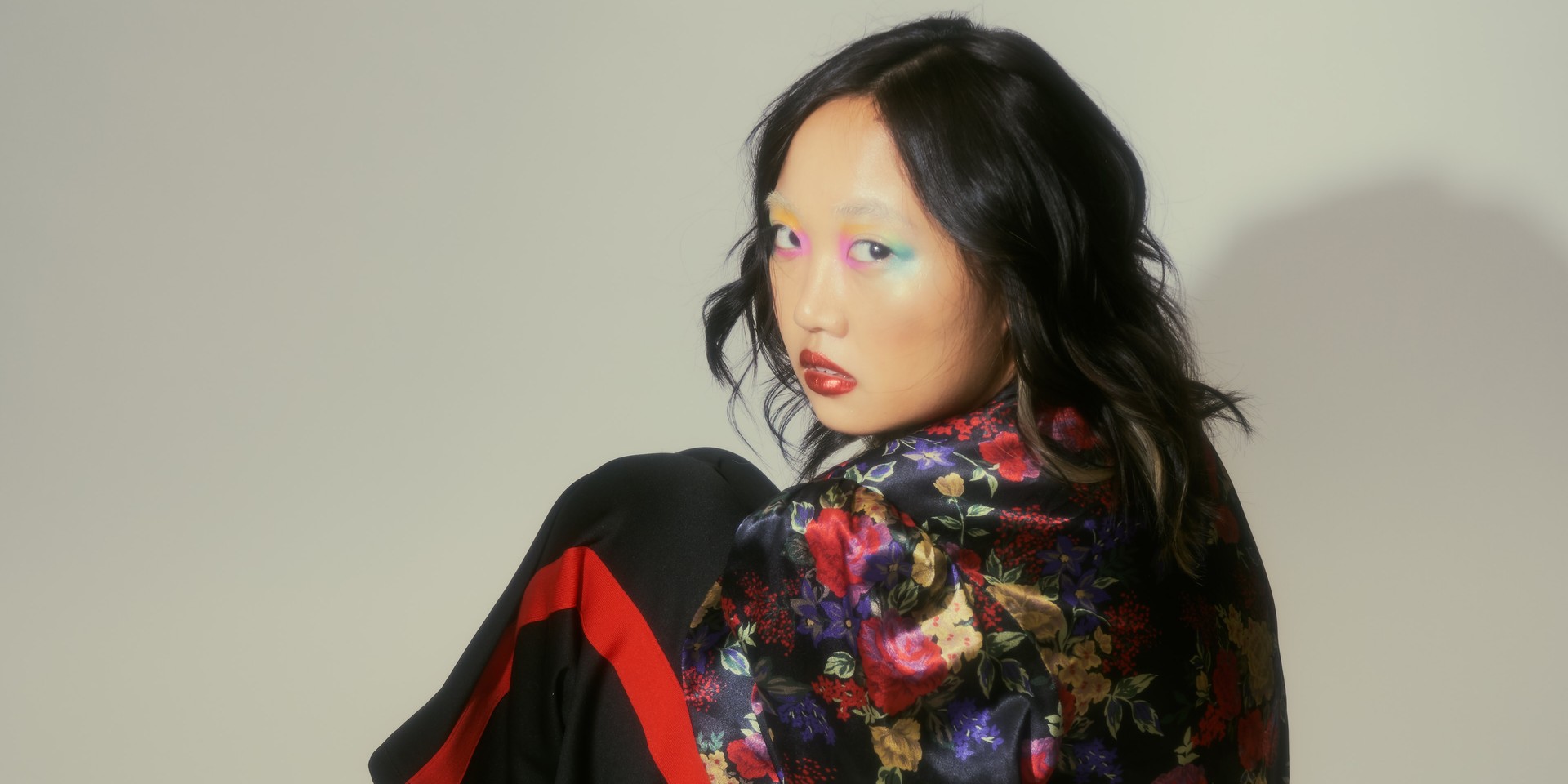 Ena Mori loves a good party. In fact, her tremendously catchy pop tunes conjure up a party of their own. The Filipino-Japanese singer-songwriter may be a relatively fresh face in the Filipino pop scene, but she is determined to glorify pop music in her own vein. 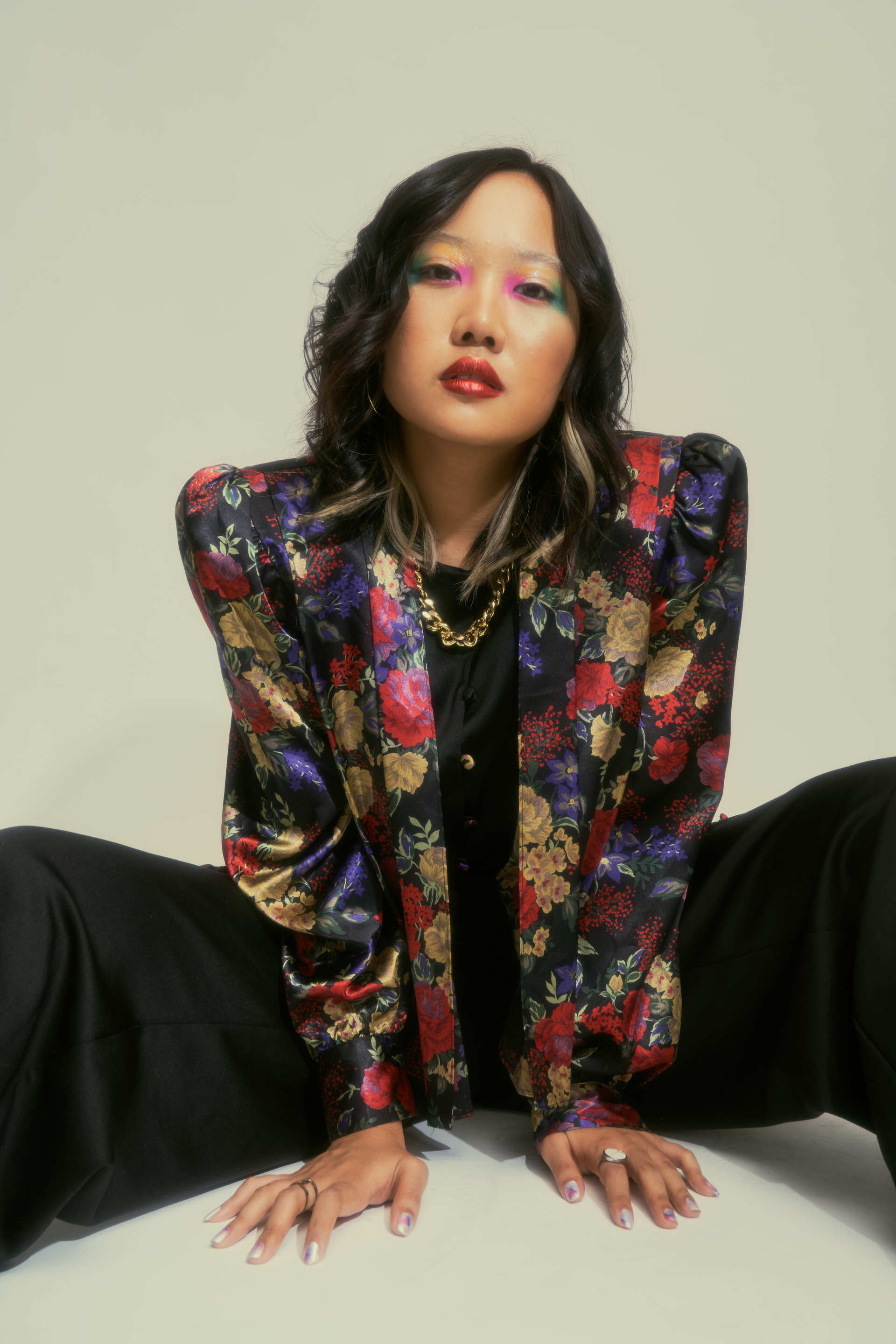 "Pop music is very diverse and sometimes underrated and I think I strive to make quality pop music as much as I can. My goal is to show people that pop music is cool too!"

With years of performing on classical piano and keyboard behind her, ena mori's transition into writing pop music was a monumental step for her as the ex-keyboardist of jazz-fusion band Dayaw. After debuting with 'Got U Good' in 2018, her self-titled EP ena mori propelled her into the regional spotlight with a nomination for Taiwan's 11th Golden Indie Music Awards this year for the Asian Songwriting Award.

Bandwagon caught up with ena mori on her musical inspirations, her latest single 'FALL INLOVE!', as well as her upcoming plans for her music.

How did you get started in music?

I started music when I was 6 and I was a classical pianist. I did a lot of competitions, being the Asian I am. I started composing when I was around 10 and from then, I knew I would be doing music for a living.

Having played in Dayaw for a couple of years, what led you to go solo, and what was that transition like?

Being in Dayaw was so much fun. I think I needed a place to express myself and Dayaw was the perfect place to showcase it. As I mainly played the keyboard, I've always dreamed to become a singer-songwriter. I think from my experiences performing together with Dayaw, I became inspired to perform my own songs as well.

How has playing in bands shape your view of music today?

Dayaw was a realization for me that indie music has a strong potential. I was surprised by how people reacted and that gave me hope to start my own project as well.

ena mori artist launch Thank you so much to everyone who came to the launch, who’ve listened to my songs and supported me. you guys are awesome and I am so blessed to have you guys. Thank you to all the sponsors for supporting the event. will be releasing more music soon. love you all. -ena mori 🍓 Photo by Igi Viñas

How would you describe the kind of music you make what do you strive to achieve through your sound?

I make pop music, and I think I strive for making pop with as much quality as I can. Pop music is very diverse and sometimes underrated, hence my goal is to show people that pop music is cool too! haha!

Share with us about a song from your debut album ena mori which is of great significance to you.

I think the song 'Telephone' was the starting point for me to flexibly mold my sound. Every artist goes through the awkward phase of "I don't know what I want" but I think Telephone was a clear signal that I finally found my sound.

Tell us about your latest single ‘FALL INLOVE!’

The song 'FALL INLOVE!' was inspired by the ugly side of the relationship which is pride and ego. I was very intrigued by the fact that the longer you are in a relationship with someone, you learn so many things about yourself that you don’t get to see. I love writing on serious topics with a catchy and fun melody, and this instantly became one of the feel-good songs for me.

Production-wise, My producer, timothy Run and I took the time to make it as interesting as possible. I worked with Emil Dela Rosa who mixed and mastered the tracks through Zoom meetings and it was so much fun!

How was it like working on the single with timothy Run, Zild, and Emil Dela Rosa?

It was so much fun! Tim and I always click with ideas when it comes to production and I'm so grateful that I have a producer that I can rely on for the creative aspect. I love the fact that we are brutally honest as well haha! We say things like "panget" (ugly) or when it's not as interesting haha.

As I mentioned earlier, Emil and I had a Zoom mixing session in the middle of the night and that was life-changing! Emil is one of the most talented sound engineers I know and I love the fact that he understands my preferences. I was thrilled [to learn] that Zild was down to play the bass part for my song. He even added his personal touch to it and it tied the whole song together.

My new single FALL INLOVE! is out 🍓 Spotify link on my Bio🖤

How did your recent experiences, especially with Covid-19 and living in Japan, translate into your music?

I guess with everything happening, I have so much to write about and that is becoming like gasoline for my music.

What would you like to experiment with musically in the future?

I think I want to experiment with synths and modular in general. Also, I wanna dive in more to the vocal arrangement as well.

Congratulations on being nominated for the 11th Golden Indie Music Awards this year! How did you first react when you heard the news?

Thank you very much! I was so shocked because I submitted my EP without expecting anything at all. I'm happy that I've gained more listeners from Taiwan as well.

AAAA!! Thank you Bandwagon PH💕💕 I’m so grateful to be nominated as Asian Songwriter Award together with the amazing artists! 🌈@offshoremusicph https://t.co/VwcpUyjpjl

Who are some regional artists who inspire you in your musical journey?

I get inspired by One Click Straight and how they're pushing the boundaries of the sound. Especially the song 'S.S.H' - it is my favourite song that I've been listening to lately.

Also, I got inspired by Zild's new album Homework Machine. I love how he finds a catchy melody and makes it his own with a unique production as well.

Being half Japanese and half Filipino, how do these two identities play out in your everyday life and also in your music?

I think my sound and my brand is highly influenced by the Japanese side of mine. And I think the soulful side of mine is influenced by being in the Philippines. I believe that Filipinos are naturally musical and I love that about them.

We’re curious to know if you’ll ever write music in Japanese - is this on your bucket list?

I've tried hahaha! Many times! I had several but I just love writing it in English for some reason. I don't know why but every time I write in Japanese it ends up sounding a little corny... But I'm still working on it!

I'm planning a single release maybe soon? Maybe not hahaha. I'm still figuring out the plan you could definitely expect a new song by next year!