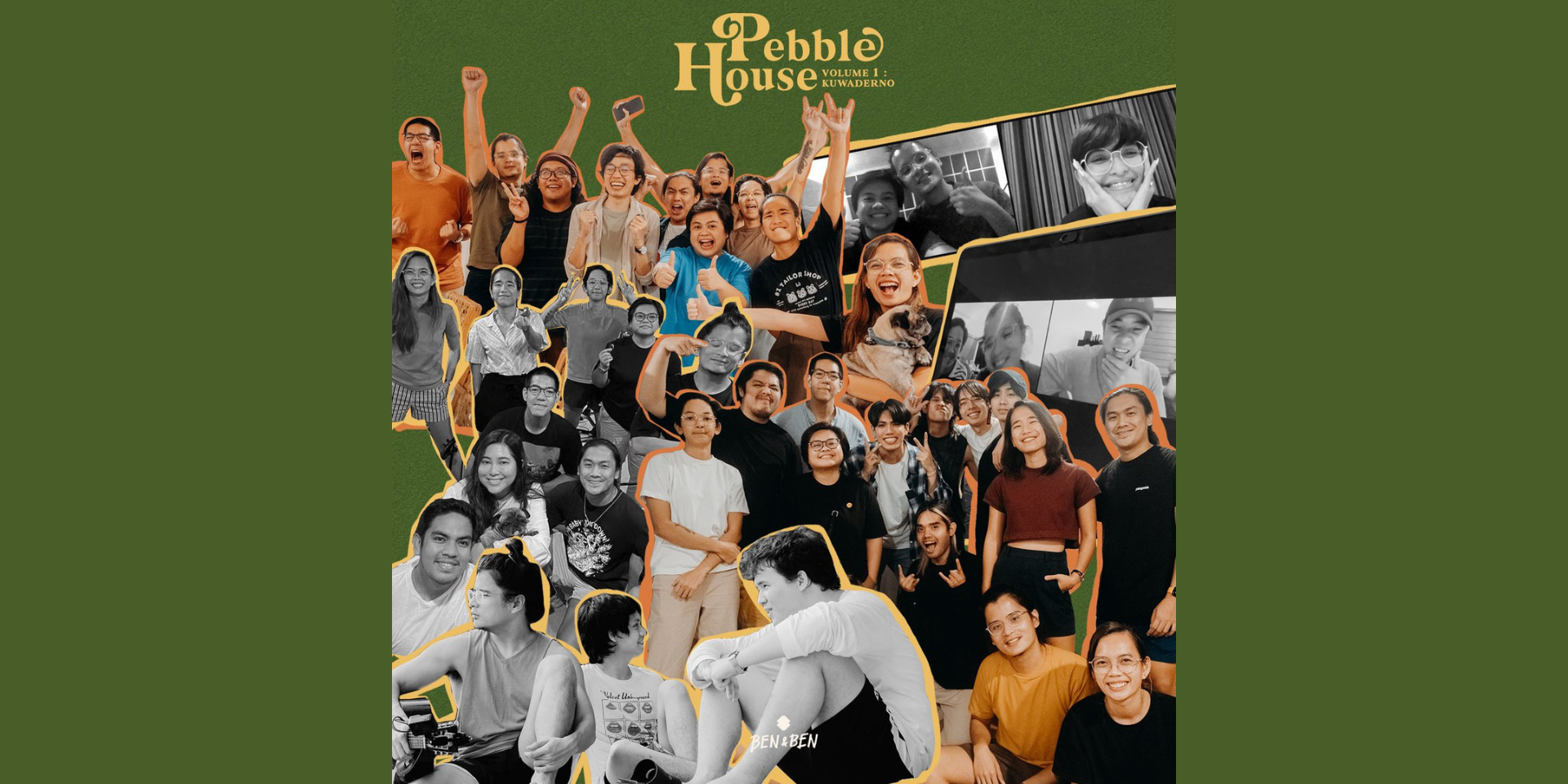 Ben&Ben are gearing up for the release of their new album!

In an announcement made today (06/08), the Filipino folk-pop band have unveiled details for their highly anticipated sophomore record. Titled Pebble House Vol. 1: Kuwaderno, the group's second album is slated for release on 29 August 2021, and will mark a new era in the band's musical journey.

The forthcoming album will feature 12 tracks written in Filipino, including 6 collaborations.

The nine-piece band has previously released three singles – 'Mapahinga', 'Upuan', and 'Leaves (Korean version) featuring DAY6's Young K all in anticipation of the upcoming record. The 'Pasalubong' act has also recently collaborated with Moira Dela Torre for their single 'Pasalubong', and SB19 for the band version of the P-pop group's 'MAPA'.

Ahead of the album drop, Ben&Ben revealed that they will be teaming up with Parokya Ni Edgar's Chito Miranda for a track to be featured on the upcoming record.

3/6 collabs revealed! Our collab song with Sir Chito Miranda will be part of our sophomore album, out on Aug 29.

The group also confirmed in an Instagram Live session that singer-songwriters Juan Karlos and Zild will be joining them for a track to be produced by bassist Agnes Reoma.

Long time coming, but here we are Liwanag 💙💛 Collab 4/6 pic.twitter.com/BJkc8hFkvY

Pop singer KZ Tandingan will also feature on a track produced by percussionist Toni Muñoz for the new album.

Ben&Ben will be reuniting with SB19 for a brand new collaboration, following the band version of 'MAPA'.

Ahead of the album drop, Ben&Ben have unveiled their comeback schedule which includes a Spotify Pebble House Tour and "Special Collaboration Announcement."

LIWANAG, save the dates! 💙💛
Starting today, we've prepared a LOT of surprises for you, to celebrate the launch of the new album, Pebble House Vol. 1: Kuwaderno. Stay tuned! ☺ #BenAndBenAlbum2#PebbleHouseKuwaderno pic.twitter.com/dC1Bf0cmfv

In an interview with Bandwagon, Ben&Ben revealed that they wanted to explore themes and stories outside of the realm of love, and shared how they will be diving into more topics that cover the emotional spectrum of daily life.

"We hope that the totality of those layers is something that our listeners embrace because more than anything else, we want to be with them in the different parts of their lives through our music," said Ben&Ben.

Sonically, the band shared that the record will feature tracks that showcases more of each member's unique influences and sound.

“In terms of the arranging process, we tried a different approach to all of the songs. Each of us arranged one song in the album, so each of us is a co-producer of a specific song. You could expect some of the songs to be quite different from each other,” teased the band.

This will come as Ben&Ben's second album following their LIMASAWA STREET in 2019.

While we wait for the new album, revisit Ben&Ben's 'Mapahinga' here.