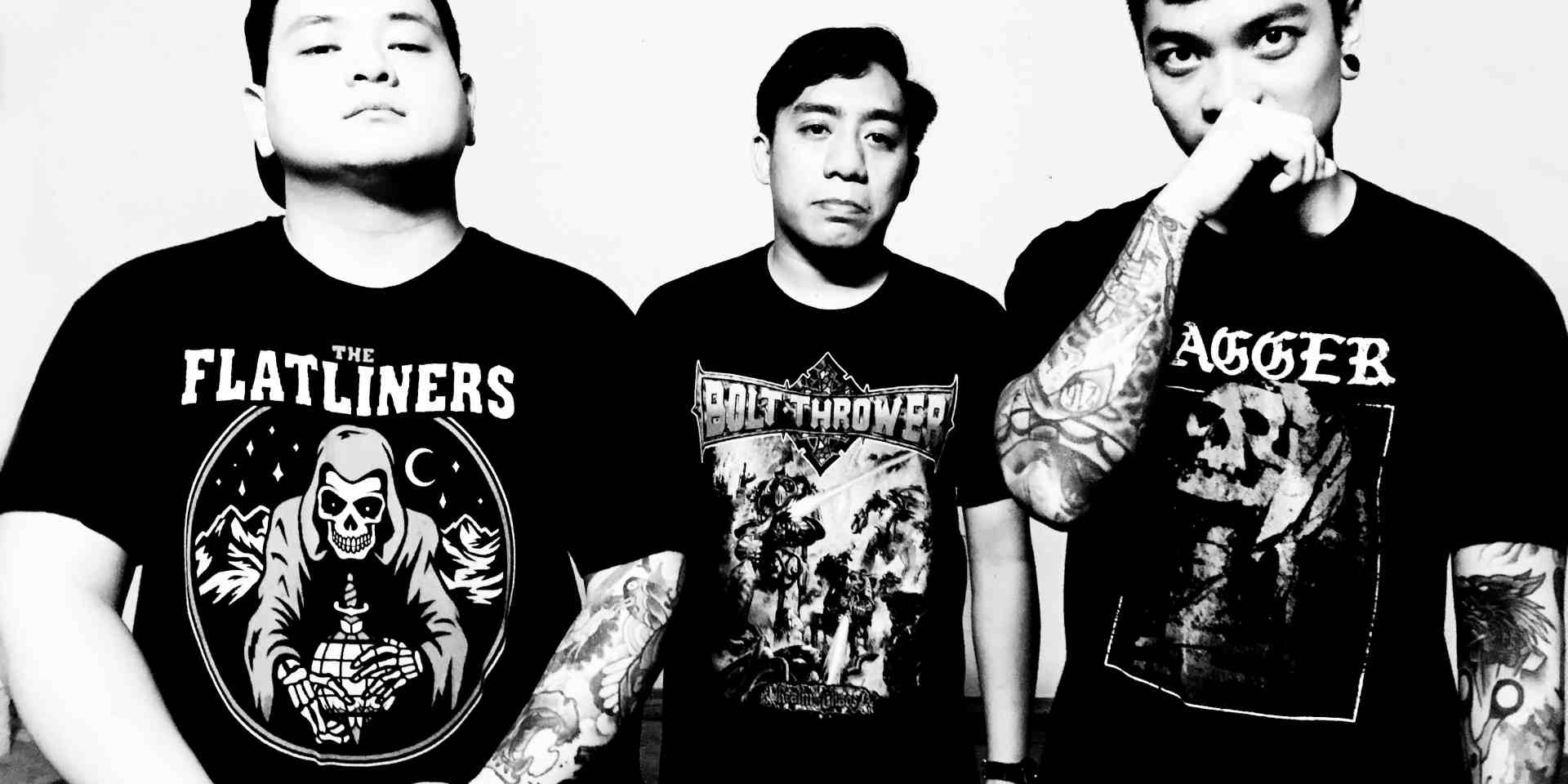 “Bruised Willies is dead. Blood Pact is now” – thus reads the Facebook page of the former band. Know the name: Blood Pact. The Singaporean trio of frontman-guitarist Nicholas Wong (who helmed now-defunct emo linchpins The Caulfield Cult and drums and sings for stoner-doom quartet Marijannah), bassist Keith Chua and drummer Farhan Muhd (who drums for metal outfit Doldrey) have thrown roses at the grave of its former incarnation and are stepping out again and anew under a new banner and a new sound.

‘Spiralling’, Blood Pact’s newly minted calling card is a consummate head-turner of a lead single. Where the band found transcendence in the earthy immediacy of the Bruised Willies, in its gloriously berserk 0-100 bursts of energy, it now luxuriates in a more ethereal and contemplative mode. Over crystalline guitars, emphatic swells of bass, robust drums and a celestial sprinkle of reverb, Wong, Chua and Muhd explore the artistic extent of their rebirth.

Due to play on a bill that includes Hong Kong emo heroes Well Said, as well as hometown favourites, Terrible People, susurrus and Forests, Blood Pact will make its live debut tomorrow.

Get to know its trinity better in our interview below.

How does it feel to have new music out with a new band?

Where does Blood Pact stand in relation to Bruised Willies?

Good question. I mean, it's technically the same three guys. I feel that each of us has very different takes on it – Farhan wanted to play a last show as Bruised Willies and just kill it dead, but one of us wanted to have both exist but then that doesn't make any sense. Personally, I'll say Blood Pact is a whole different entity – I don't want is to be looked at as Bruised Willies, and I wouldn't consider the three Bruised Willies EPs as old Blood Pact records. It's just better to start afresh because it's a whole different sound and we just don't want to be looked as the same entity.

I think one act that influenced us on this decision is a band called Self Defence Family. They were called End Of A Year for a very long time, and one day, decided to change their musical direction. So, in order to not be looked at as the same entity, they just changed the name. In the same vein, when you buy a Bruised Willies record, you know what to expect, and when you buy a Blood Pact record, you will now know what to expect.

What made you want to retire the Bruised Willies name and sound?

But as we are all passing our mid-20s now, it's just not funny anymore and it's honestly quite embarrassing. If, say a colleague or someone that I meet for the first time, asks me which band I play in, I don't want to say Bruised Willies. Toilet humour isn't funny to us anymore but back then we thought it was the smartest thing in the world.

Musically, I think my music taste is very temperamental. All my music projects sound completely different – Caulfield Cult sounds nothing like Marijannah, Marijannah sounds nothing like Bruised Willies, Bruised Willies sounds nothing like Blood Pact. I just love a lot of different styles of music and sometimes I get sick of a certain style and I want to move on and try, create and experiment with something new. I mean, this is how some artists stay excited over their craft – for me, at least. The first time we put out the Marijannah record, I was super excited because I've never done this before. And now that we put out this Blood Pact song, we're all very excited because we've never done this before even though we've been playing music for over ten years.

So, I think we kind of grew sick of the fast punk style that we were playing with Bruised Willies, but I won't be surprised if, say, next year, I feel like playing it again – I'll either bring it back or start something new that is of that style. 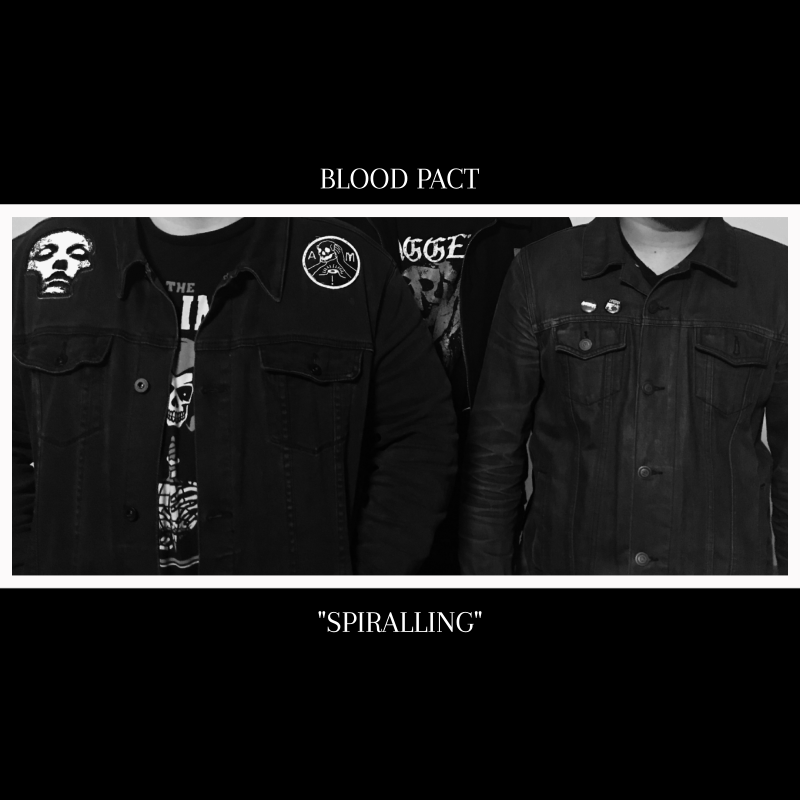 What does the Blood Pact name mean to you?

That’s how I got the idea for Blood Pact. It’s not the coolest thing ever and I don't really love this show but I was watching the Chilling Adventures of Sabrina and they were talking about making a blood pact as part of the ceremony to become a witch – I just thought that was really cool. I'm really into horror movies and witchcraft and all that shit, and that also influenced a lot of my Marijannah songwriting. It's not really a plan:I'm just naturally captivated by the storytelling of film and TV shows and I find a way to channel it.

And what kind of headspace were you in when you wrote 'Spiralling'?

Songwriting, to me, is quite routine. I know a lot of songwriters like to romanticise it and make it seem like it's the most important thing in the world or some form of intense emotional release. I wish there was a cool story about writing 'Spiralling', but there isn't. It's really just, that, one day a tune came into my head and I fucked around with my guitar for a bit. There's no real cool story behind is. The fact of the matter is that we write dozens of songs, cut out the bad ones and pick the band ones.

It appears as if 'Spiralling' is about an intense nighttime occurrence. Lyrically, what sort of space did 'Spiralling' come from?

It's interesting that you mentioned it, because the song is about not being able to sleep – insomnia. I don't have crazy insomnia but when I have it, I have it. I'm not plagued with a disease or anything but once every now and then I just find myself in a position where I'm not able to sleep for hours.

It's interesting that you're playing new music with old bandmates. Have you found that the band dynamic has been different?

I know some people make fun of me because I have like a million bands, but one of my favourite things about playing music is being able to work with other creative minds to create something – and it's always different, depending on who I work with, and it's always exciting for me to work with new people.

This is not exactly that per se but how the dynamic has changed is, that, now, we are all pushing ourselves musically. We've always been playing very standard four-chord punk music, but now we are experimenting with different effects and different kinds of drum beats and different vocal styles. Nothing we do is ground-breaking, it's all been done before, but we have never done it before. That's all that matters. I'm not going to pretend like this is something brand new, but we are trying to progress as musicians so that is particularly exciting for me and for all of us. We are still not amazing at what we do, but we can definitely see a progression, musically.

It’s known that you play and do different things with several bands. Do you feel that Blood Pact is bringing out a different side of yourself that wasn't there before?

Blood Pact will be the first time that I'm writing music where the lyrics are based on real-life matters and my personal life, since the last Caulfield Cult album in 2015. All Marijannah songs are inspired by movies, so it's really like a fictional retelling of another piece of work. So I wouldn't say Blood Pact is bringing out something completely new, but the last time I wrote personal lyrics, it was mostly negative and came from a so-called darker place because I was in my early 20s and still trying to understand how to deal with negativity, mishaps, and basically just the band things in life. Now, I'm in a different place in my adulthood, where, with every bad thing that happens to me, I know it's not the end of the world and I know someone else out there in the world is experiencing worse.

I can no longer write about relationship troubles or not having my work appreciated, because those are just bullshit problems – people are starving and dying all over the world. My perspective of writing based upon my personal life is very different now in the sense, that, although I'm still writing about things that bug me – I think it's natural for people to write about things that trouble them – but it comes from a way more hopeful place, rather than just "My life fucking sucks and this is the end of everything". 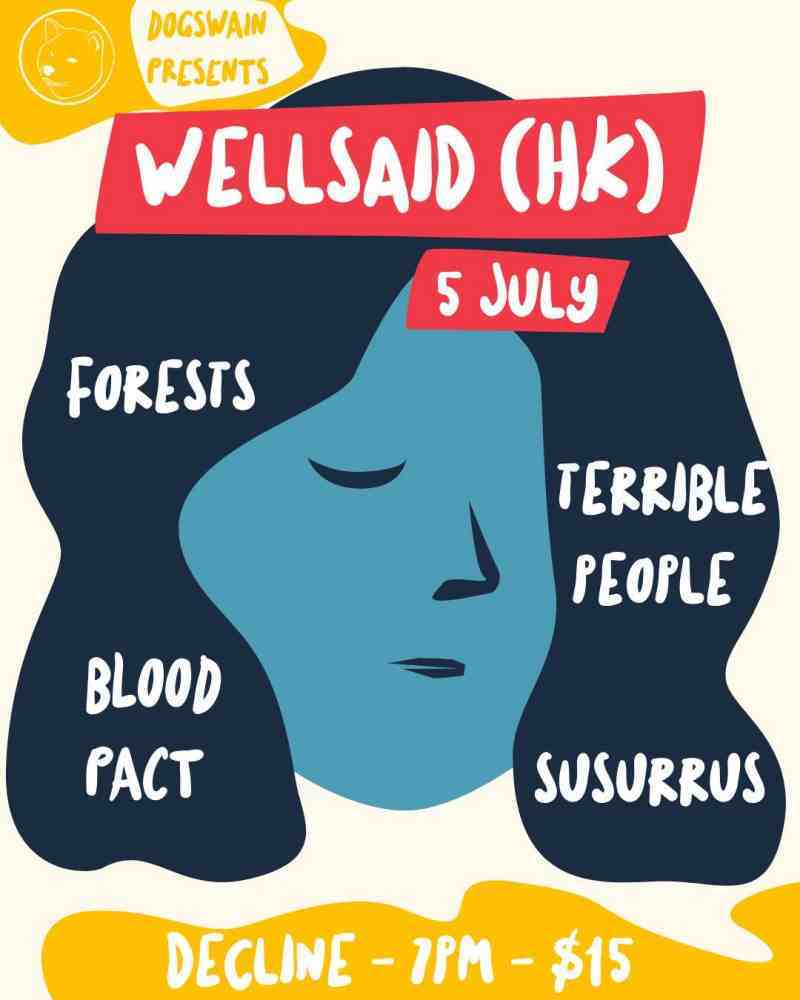 Finally, what's next in the foreseeable future?

I'm definitely not playing the singles game – that's one thing that I don't like about the current state of music. Everyone is releasing singles to capitalise on the plays, but we really don't give a shit about that. We just want to put music out with minimal marketing ploys – we are not in the marketing business, we are trying to make music. The people who care about our music will listen to our music, and the people who don't care about our music, too bad for you. We are not going to break our backs to spam our music to children who are on Spotify playlists and trying to listen to background music or something.

That being said, we did release a single, but the reason behind that is that we actually we wanted to record a full EP or album. Basically we weren't comfortable with every single song yet, but we were very comfortable with this one song and we wanted to get it out before we started playing shows just so people know how it sounds like and that we are a different band from the Bruised Willies.

We do have six to seven songs that are pretty much done, we're going to go to the studio next month and I think new music will be out around September or October. Also, we have the show on Friday, so people should go check it out.

Catch Blood Pact live along with a selection of other bands, including Hong Kong's Well Said, at Decline on Friday, 5 July, at Decline, from 7pm onwards. Entry is $15 at the door. Click here for more information.