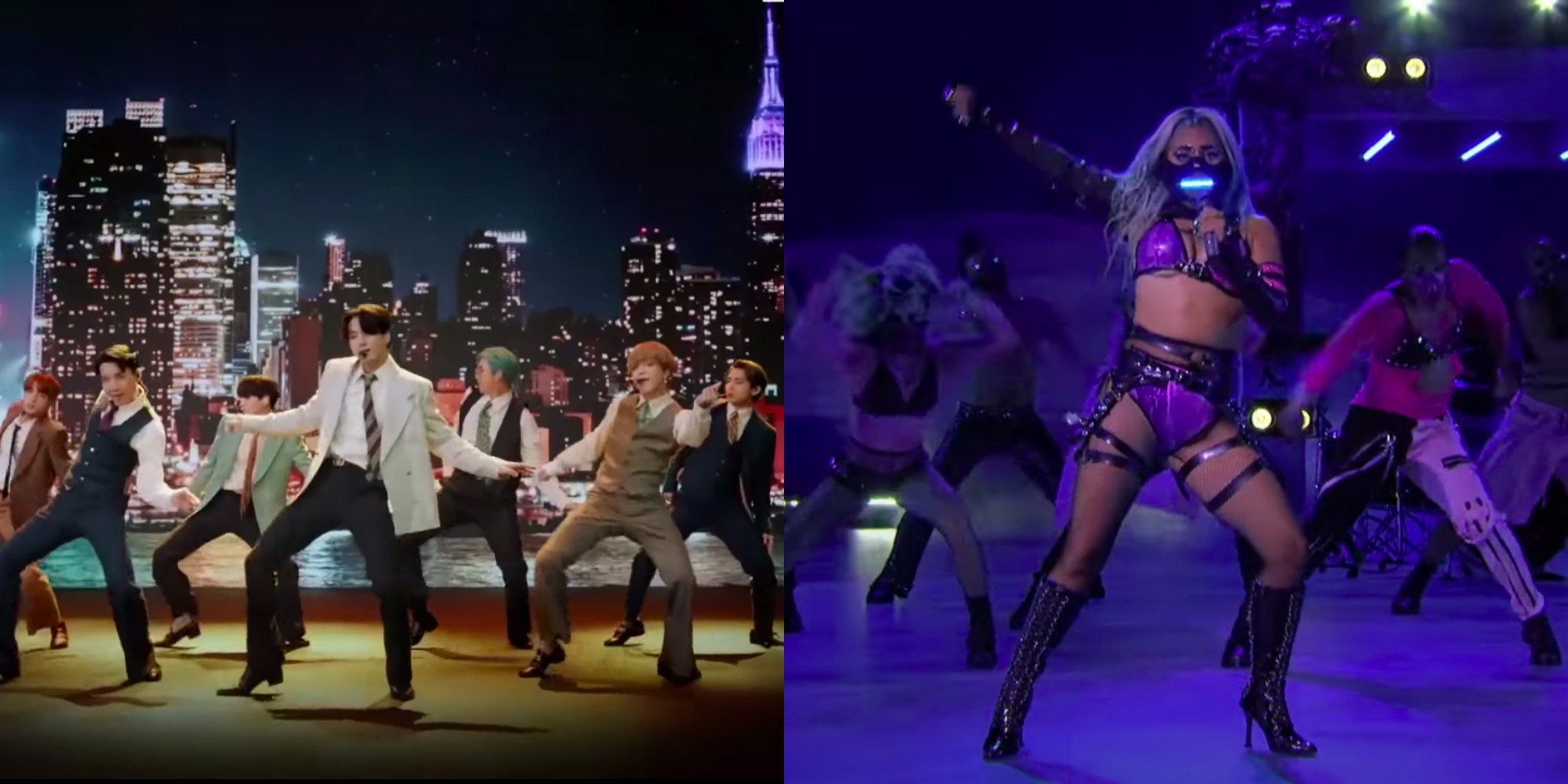 The VMAs are looking a little different this year.

The MTV VMAs, short for Video Music Awards, is an annual event that honours the best music videos over a range of categories. Usually kicking off with performances and a live audience, this year’s show was one of a kind due to the pandemic.

The winners, too, have made history with their wins from the ceremony.

While BTS have gone home with other VMAs in the past, this is the first time an Asian act has received Best Pop, one of the show’s main categories. With that, BTS’ awards round up to a total of four, in addition to Best K-pop, Best Group, and Best Choreography.

💜 @BTS_twt is taking home the Moon Person for Best Pop at this year's #VMAs! ✨ pic.twitter.com/vfNyLM3ikU

Lady Gaga is another to achieve a monumental milestone in her career. Besides taking home Artist of the Year, Song of the Year, Best Collaboration, and Best Cinematography, she was also given the inaugural Tricon Award, which recognises her as a 'triple-icon' in music, acting, fashion and activism.

How inspirational was @ladygaga's Tricon Award acceptance speech?! We are still in awe! #VMAs pic.twitter.com/XKoDxSJiEs

The rest of the show was led by other winners including the likes of Maluma for Best Latin, H.E.R. for Video for Good, Doja Cat for PUSH Best New Artist, The Weeknd for Best R&B and Video of the Year, BLACKPINK for Song of the Year and Taylor Swift for Best Direction. Ariana Grande and Lady Gaga also received Best Collaboration for 'Rain on Me', which is interestingly directed by Robert Rodriguez, the filmmaker who made Spy Kids.

more people need to know that "rain on me" was also directed by the guy who did spy kids @Rodriguez #VMAs pic.twitter.com/KV8Luj0AYx

Video of the Year: The Weeknd: 'Blinding Lights'

Artist of the Year: Lady Gaga

Song of the Year:  Lady Gaga / Ariana Grande: 'Rain on Me'

Song of the Summer: BLACKPINK: 'How You Like That'