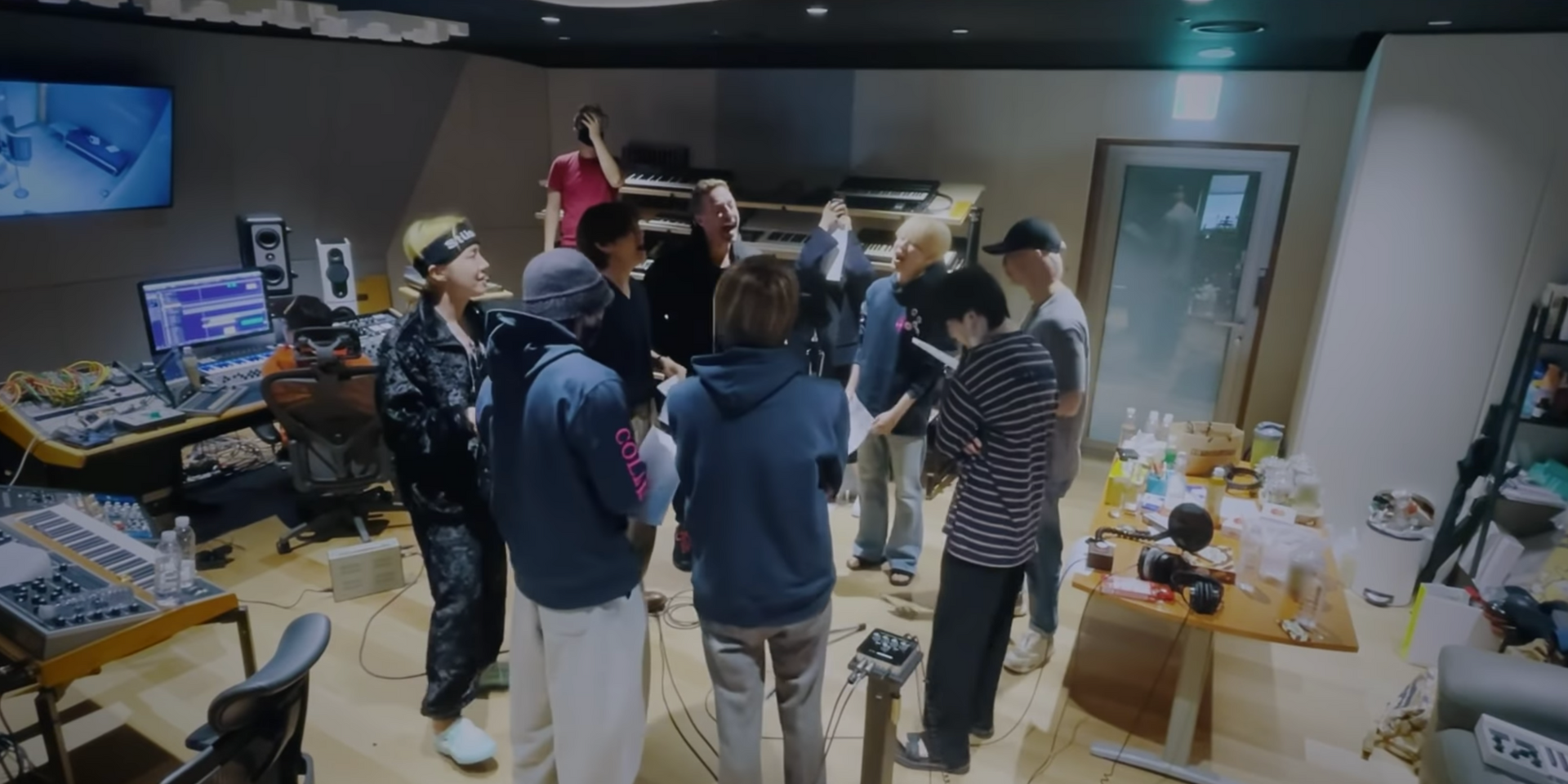 'My Universe,' the new collaboration between Coldplay and BTS has taken the world by storm.

To celebrate the massive single, they've released an inside look into how they made their brand new song. Titled 'Inside My Universe,' the mini-documentary chronicles how Coldplay frontman Chris Martin made his way to Seoul to work on the song together with the global superstars.

Flying from halfway across the world just to record with BTS for 2 days, Martin shared how he was a little nervous since they have never met before, and how difficult it was just to get to South Korea.

"It’s very special to me that the most popular artist in the world speaks Korean… and not from the West. It just feels very hopeful to me in terms of thinking of the world as one family." Martin also stated that he stands for the same things as BTS: "A message of togetherness and being yourself."

Explaining the meaning of 'My Universe,' Martin said: "The song is about how the power of love transcends all things, borders and rules and genders and race and every sexuality. If you look at people right now who are divided by a border or can't be together. That's what the song is about. About how nothing can stop people loving each other."

He also shared how finally working with BTS felt like a "dream coming true... and now here we are."

Here's what BTS had to say about working on 'My Universe' with Chris Martin and Coldplay:

J-hope shared his disbelief that they're actually working with Chris Martin. "I can't believe that he's [Chris] really the Coldplay I know who goes "woah-oh-oh" on stage."

"I really loved the theme 'not alone but together,'" V said and added his appreciation that Martin himself came to Korea to "create something together" with BTS.

"To me, he's the king of stadium tours," Jungkook said. "I saw him smile and sing along with such a happy smile. I was a genuine look that came from his heart." Jin (who recently revealed that Martin gave him an acoustic guitar as a gift) shared what Martin told them about the new song: "Coldplay and BTS as representatives of Earth coming together to build a new universe... and it all came along magnificently in the end."

RM, who worked with Martin on the song in writing the Korean lyrics for the track, shared how was curious about what Martin would be like in real life. "Just as I've heard, he's humble, down to earth, and pure at heart." RM also added that he could tell Martin did his research before meeting them, even adding in a dance break for the song, for when the time comes that they can perform onstage together.

Jimin shared his admiration for what Martin and Coldplay stand for. "He impacts others for the better with his positive mindset." He also said how he loves that the song feels like a "festival".

Noting Coldplay's impact on pop culture, SUGA shared: "Many of their songs have become a part of modern culture. SUGA also added how 'My Universe' is "in line with the messages we've been trying to get across."

Watch 'Inside My Universe' here:

Both acts performed at Global Citizen Live over the weekend, with Coldplay performing 'My Universe' in New York with BTS on the LED screens. Meanwhile, BTS performed 'Permission To Dance' and 'Butter' from Seoul.