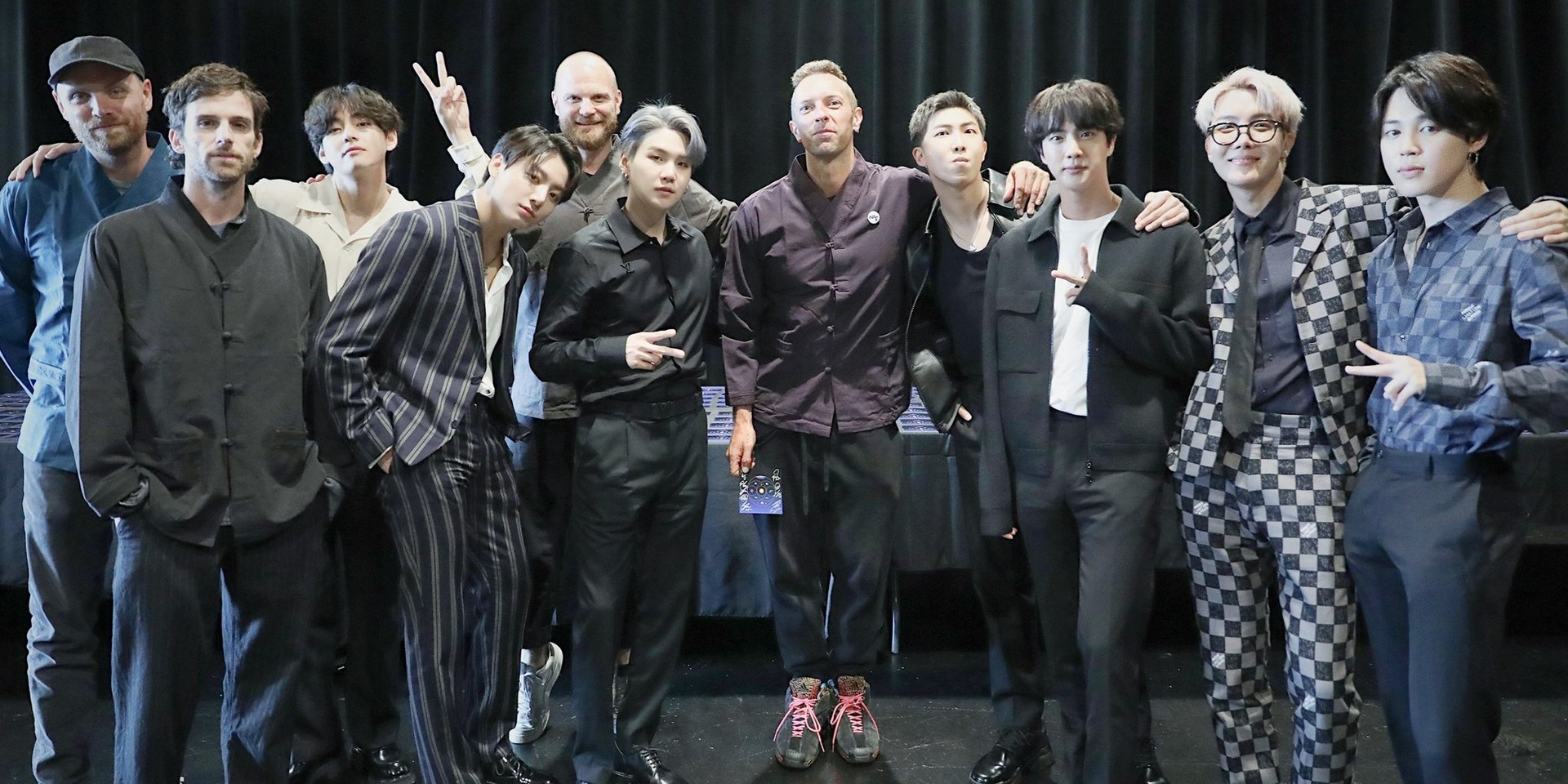 Coldplay and BTS are finally together!

The two pop acts' highly anticipated collaborative single 'My Universe' has dropped today (24/09) after months of speculation and excitement. Written by both Coldplay and BTS, and produced by renowned pop producer Max Martin, the bilingual track talks about a love so grand it could create a whole new universe.

'My Universe' features all seven members of BTS, who each deliver their own lines with breathtaking harmonies by RM, Jungkook, V, Jimin, and Jin and catchy rap verses by SUGA and J-hope, to incorporate their voices into a Coldplay song. It even comes with an instrumental bridge worthy of a dance break.

was so much fun... pic.twitter.com/vVFUdluGDO

The single was released alongside a lyric video, which comes as the first of a series of content for 'My Universe'. According to Coldplay's label Parlophone Records, the two acts will also be unveiling an Inside My Universe documentary, remix and acoustic versions, and an official music video directed by Dave Meyers in the coming weeks.

TWO DAYS until Friday's release of My Universe by Coldplay X BTS - and we can tell Coldplayers and the ARMY are as excited as we are! 🐳💜🐙 Here are some #MyUniverse dates for your diary…
Pre-save / pre-order: https://t.co/89xSOizV6J@coldplay @BTS_twt @bts_bighit pic.twitter.com/fFsAz3O1uO

Coldplay and BTS came together to work on the track earlier this year when the former's frontman Chris Martin visited Seoul. In anticipation of the big release, both the acts have been sharing teasers of their recording session and pictures of their meet-ups, as well as the tracks' lyrics.

'My Universe' comes as the latest from Coldplay's upcoming album, Music of the Spheres following their track 'Higher Power' which they debuted at Glastonbury Live At Worthy Farm. While BTS' most recently released 'Permission To Dance' and 'Butter', the former of which they performed at the 76th UN General Assembly this September.

The two acts are slated to perform at Global Citizen Live this 25 September alongside Lizzo, Lorde, Ed Sheeran, The Weeknd, and more.

Watch the lyric video for Coldplay and BTS' 'My Universe' here.