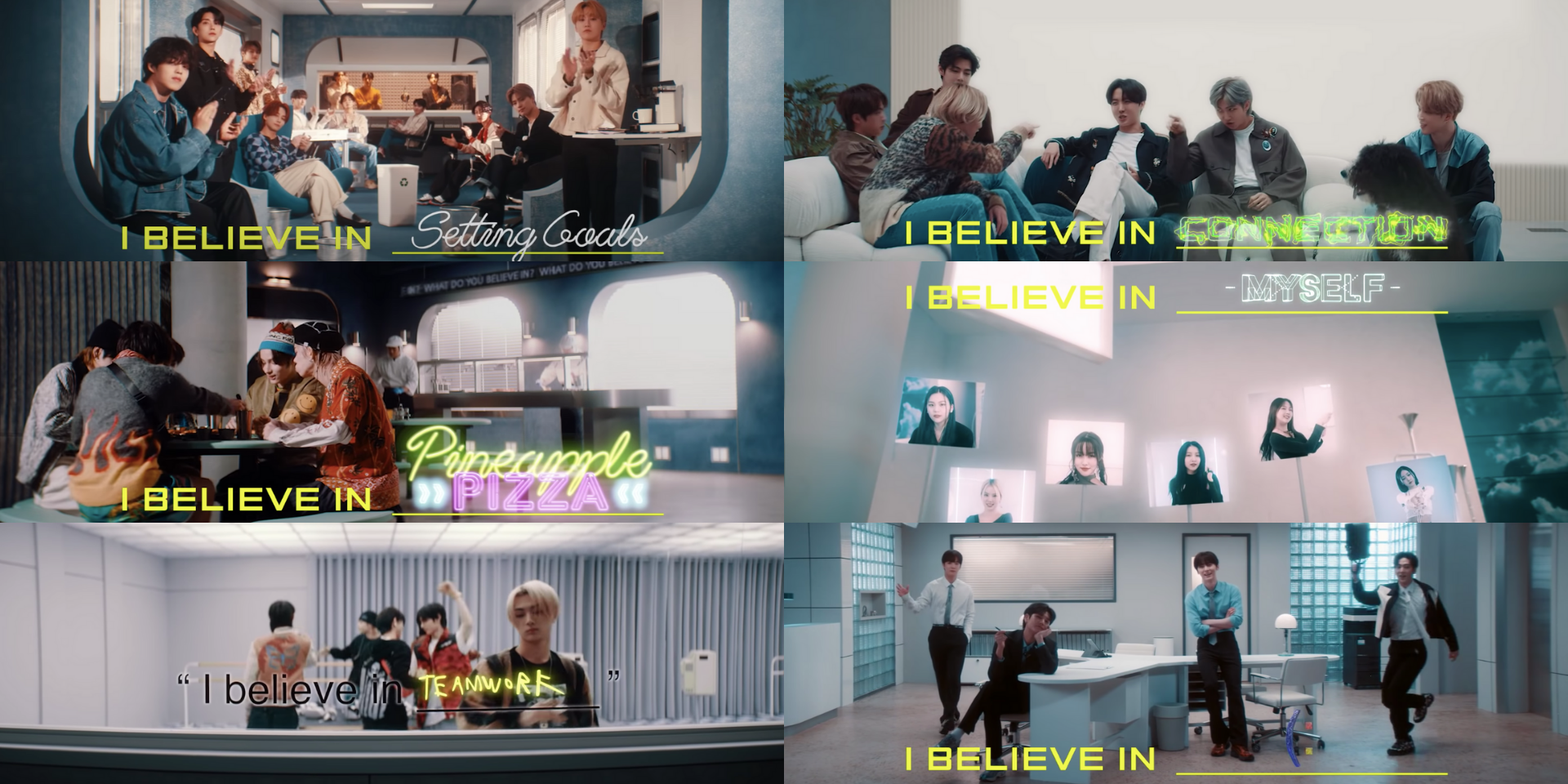 Big Hit Entertainment just unveiled a new campaign asking "What Do You Believe In?"

Big Hit Entertainment starts anew with HYBE, here's what you need to know

The Korean entertainment company released a campaign film starring BTS, TOMORROW X TOGETHER, GFRIEND, SEVENTEEN, ENHYPEN, and NU'EST where they share what they believed in.

Each with their own segment in the six-minute video, BTS stated they believed in "connection", SEVENTEEN in "setting goals", ENHYPEN in "teamwork", GFRIEND in "myself", NU'EST in "smile", and lastly TOMORROW X TOGETHER in "pineapple pizza".

The campaign comes after Big Hit Entertainment recently announced that the company will be changing its name to HYBE with the slogan "We believe in music".