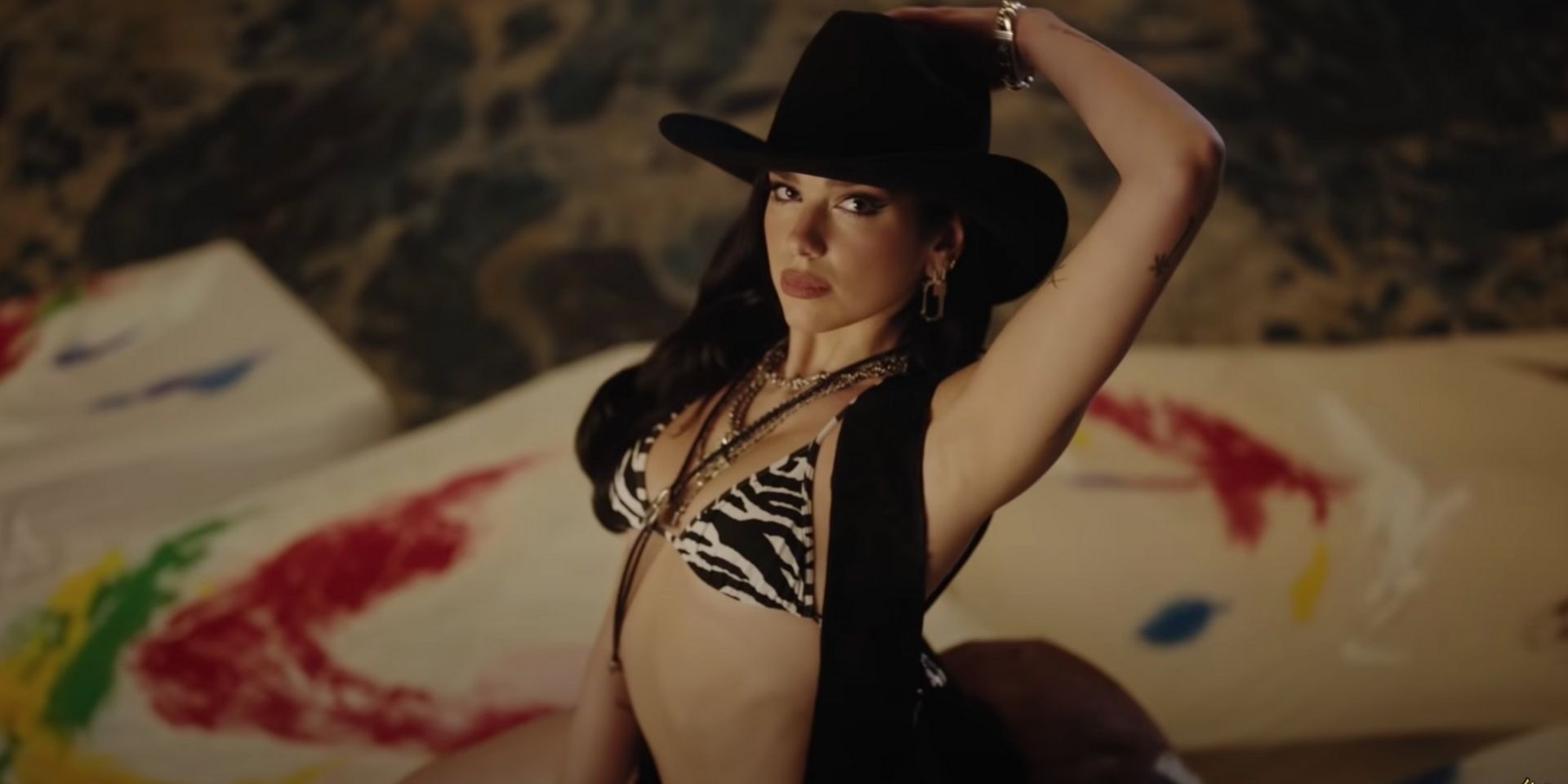 Dua Lipa has premiered a new music video for 'Love Again', a cut from her 2020 sophomore album Future Nostalgia.

The singer first took to social media to announce the video on Tuesday (1/6). This is the seventh song from the Future Nostalgia era to receive music video treatment, including February's 'We're Good' that was released under the reissue, Future Nostalgia: The Moonlight Edition.

The Western-inspired visual sees the British singer trading disco grooves for rodeo swagger, decked out in cowboy hats and leather. Check it out below:

Other than Lipa, contributors to the soundtrack include 21 Savage, ScHoolboy Q, Ty Dolla $ign, and more. Notably, Elderkin previously worked with the 'Hallucinate' act for the music video of another Future Nostalgia single, 'Don't Start Now'.

Listen to 'CAN THEY HEAR US' below: