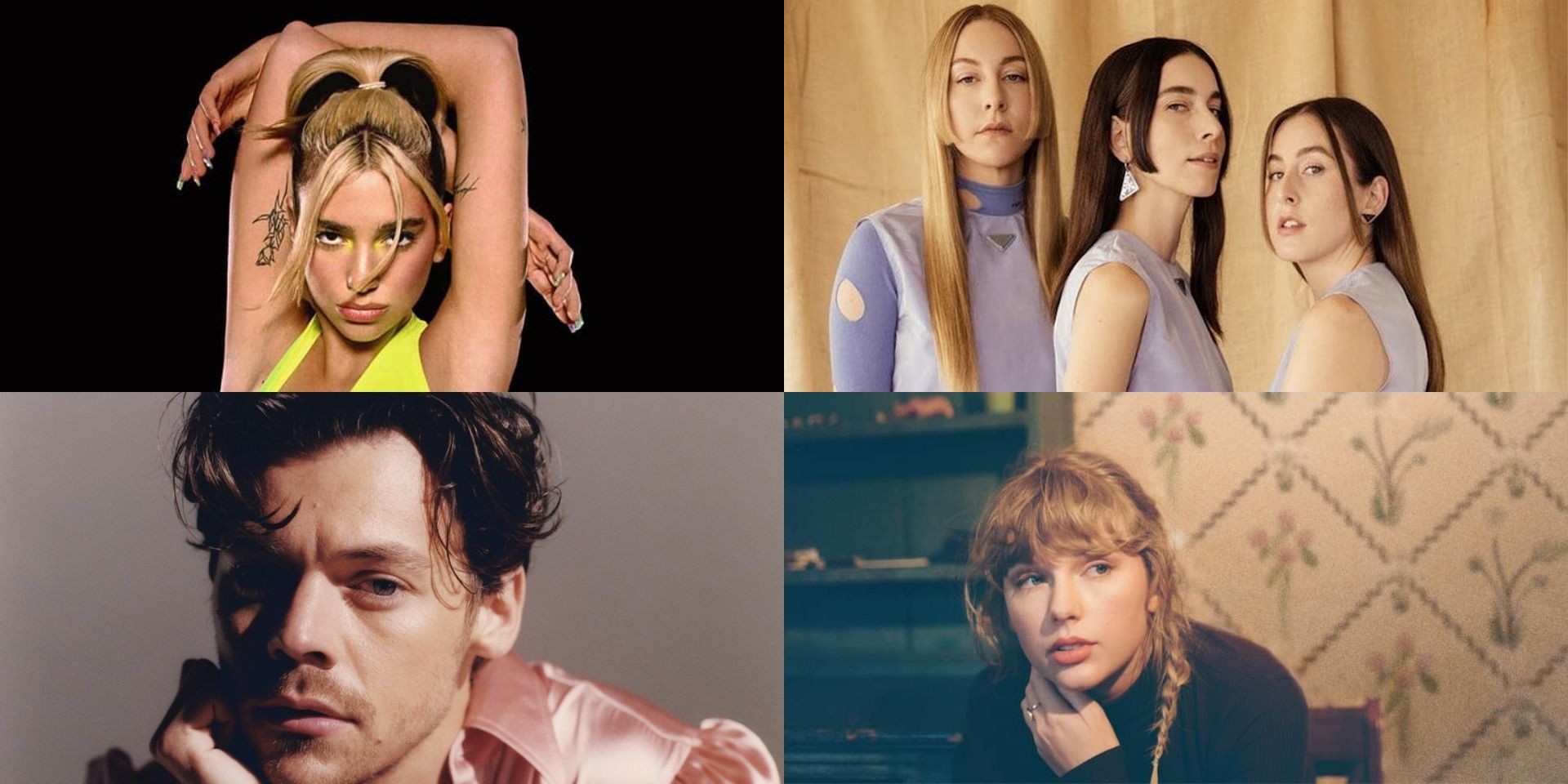 Broadcasting live from the O2 Arena, the ceremony is the UK's first major indoor live music event in more than a year. Originally delayed by the COVID-19 pandemic, this year's BRITs are part of a government pilot scheme to bring back mass in-person events. It will have an audience of 4,000 people, half of which were given to essential workers.

Two BRIT Awards and an incredible performance, what a night for @DUALIPA! 👏 #BRITs pic.twitter.com/owbSGVRtpv

Little Mix also made history by becoming the first female group to win the award for British Group, while HAIM beat the likes of BTS and Foo Fighters to win the honour for International Group.

Additionally, Taylor Swift, who made a surprise in-person appearance, was presented the Global Icon Award. This makes her the first female and non-British recipient of the honour, as well as the youngest. Only three other artists have bagged this award: Elton John, David Bowie, and Robbie Williams.

We're excited to announce that @taylorswift13 will be presented with the BRITs Global Icon award this year!! 🎉

Dua Lipa, Celeste, Arlo Parks, Headie One, Joel Corry, AJ Tracey, and Young T & Bugsey all tied for most-nominated artist, with three nominations each. Additionally, for the first time in BRITs history, four of the five nominees for British Album of the Year are women.

This year's BRITs also made a significant change in eligbility criteria after singer Rina Sawayama spoke up about being barred from nominations due to her Japanese citizenship, despite having been raised in the UK. Following negotiations between Sawayama and the BRITs committee, artists who have been permanent residents of the country for more than five years can now be nominated.

Check out the full list of winners for the 41st BRIT Awards below*:

(*The winners will be updated as they are being announced.)

British Album of the Year