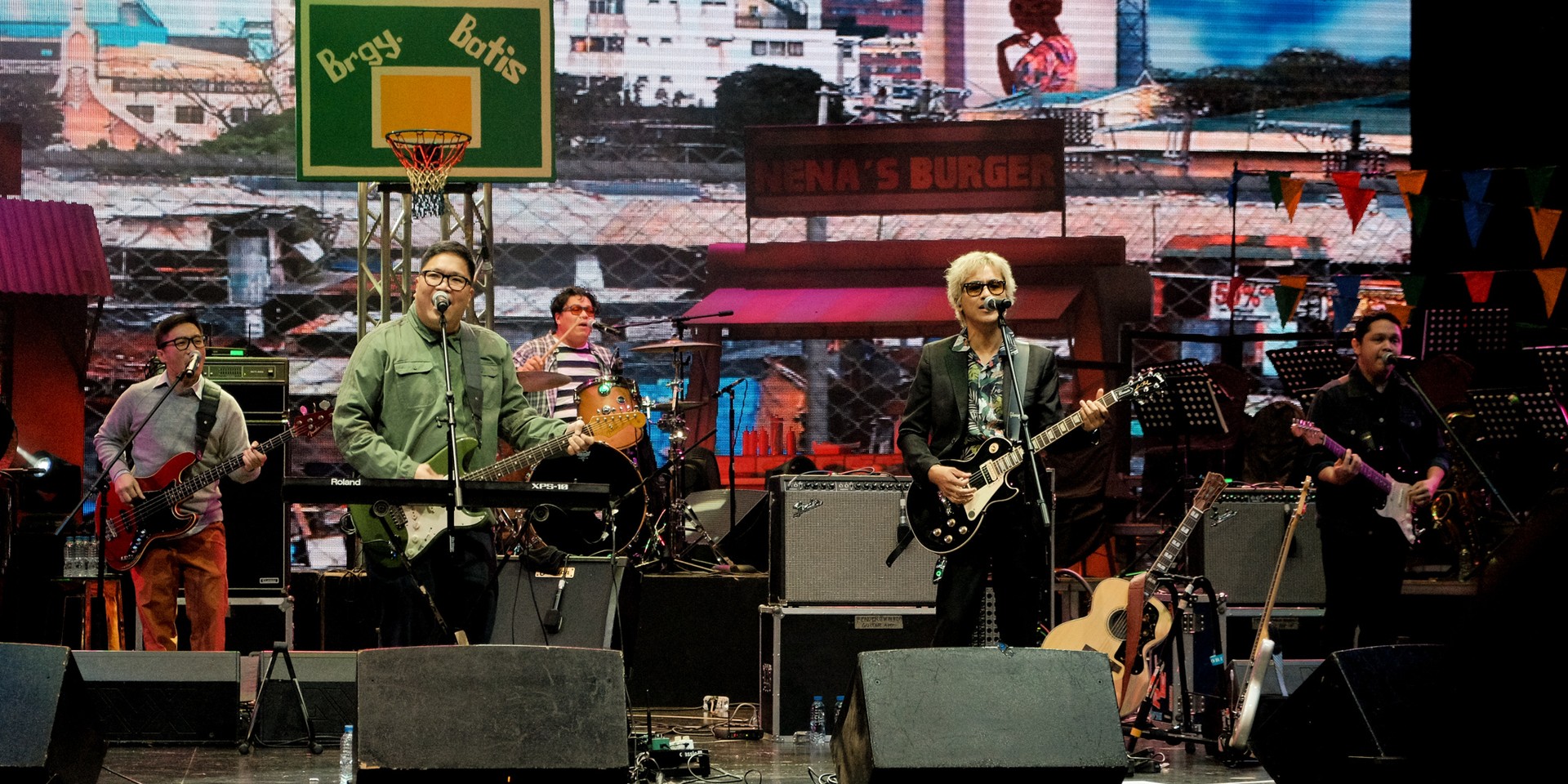 Ask anyone from that audience, and we’re sure they’d say the same thing: ‘Ely Buendia & The Itchyworms: Greatest Hits’ is everything that a Filipino concert should be.

On Saturday, February 9, attendees of the much-awaited concert at the Newport Performing Arts Theater were treated to anthems performed with such heart and great talent, a heavy dose of nostalgia, and performances worth remembering for a long, long time. As the curtain drew to a close, what Jazz Nicolas considers as The Itchyworms’ “first major concert” has gone beyond a compilation of the two artists’ most loved on a stage. It has become a creative force that makes us look at the songs (and the musicians) we are all so familiar with in a different light.

Here are the things that delighted us, surprised us, and made us shout for more that night:

How the show started

Entertainment started early with two promising bands from Offshore Music opening the show. Between Pinkmen’s nod to 60’s rock and One Click Straight’s boppy synths, these two prepped the settling crowd pretty well. If this is who EB x IW will be paying it forward to, then we’ll definitely be on the lookout for what they have in store for us next.

There was quite a wait between the performances of the opening acts and the start of the show, and one could feel the tension in the air. That was until the lights went off, a spotlight shone on Ely Buendia with nothing but his guitar and his amazing vocals, singing ‘Alapaap' - asking us, "Gusto nyo bang sumama?" 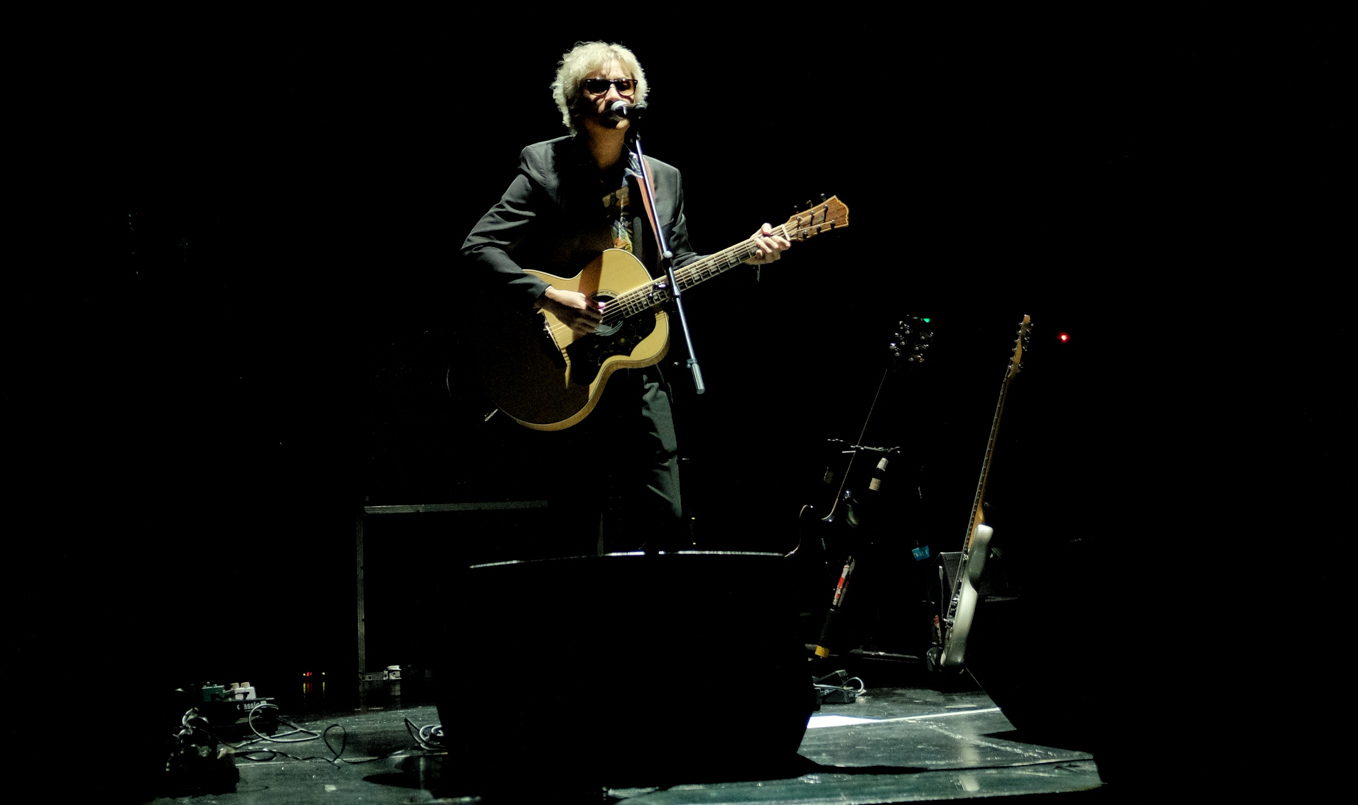 The Itchyworms came in after the first chorus, full band and all. The crowd had long started singing along. As the song came to an end and the band started playing ‘Penge Naman Ako Niyan,’ we couldn't help but marvel not just at what we were hearing but also at what we were seeing: the set is your friendly baranggay, complete with a basketball court on center stage, blue skies and banderitas dancing with the theater lights, and ang tindahan ni Aling Nena (Aling Nena’s store) among other neighborhood houses. 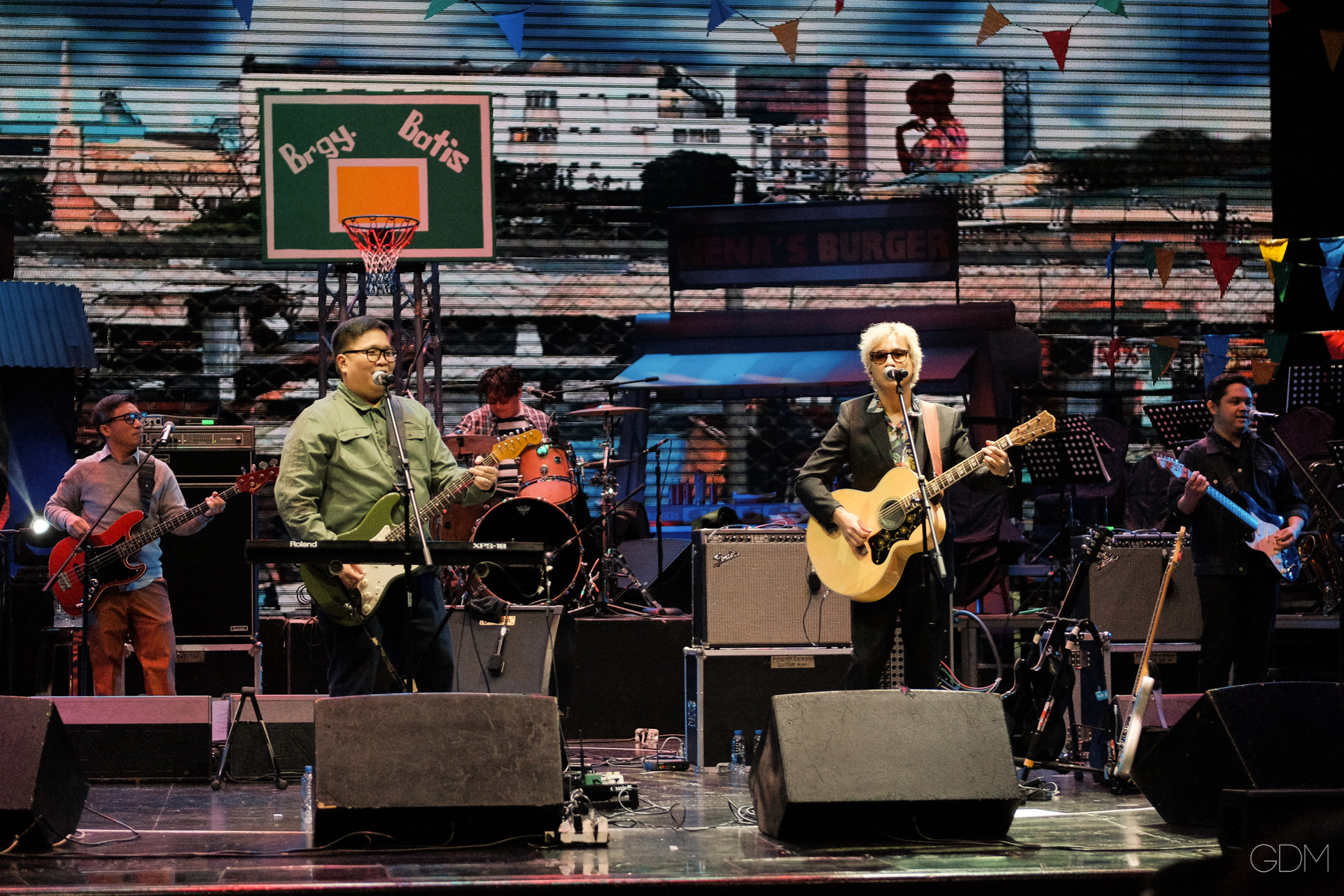 That golden opportunity, and then some

Judging based on the nonstop singalongs, the number of swaying hands in the air, and the thunderous applause, fans (read: everyone) were obviously present that night. And as a thank-you gift for those in attendance, bassist Kelvin Yu gave away golden tickets to fifteen special individuals who were then invited to join EB x IW onstage. 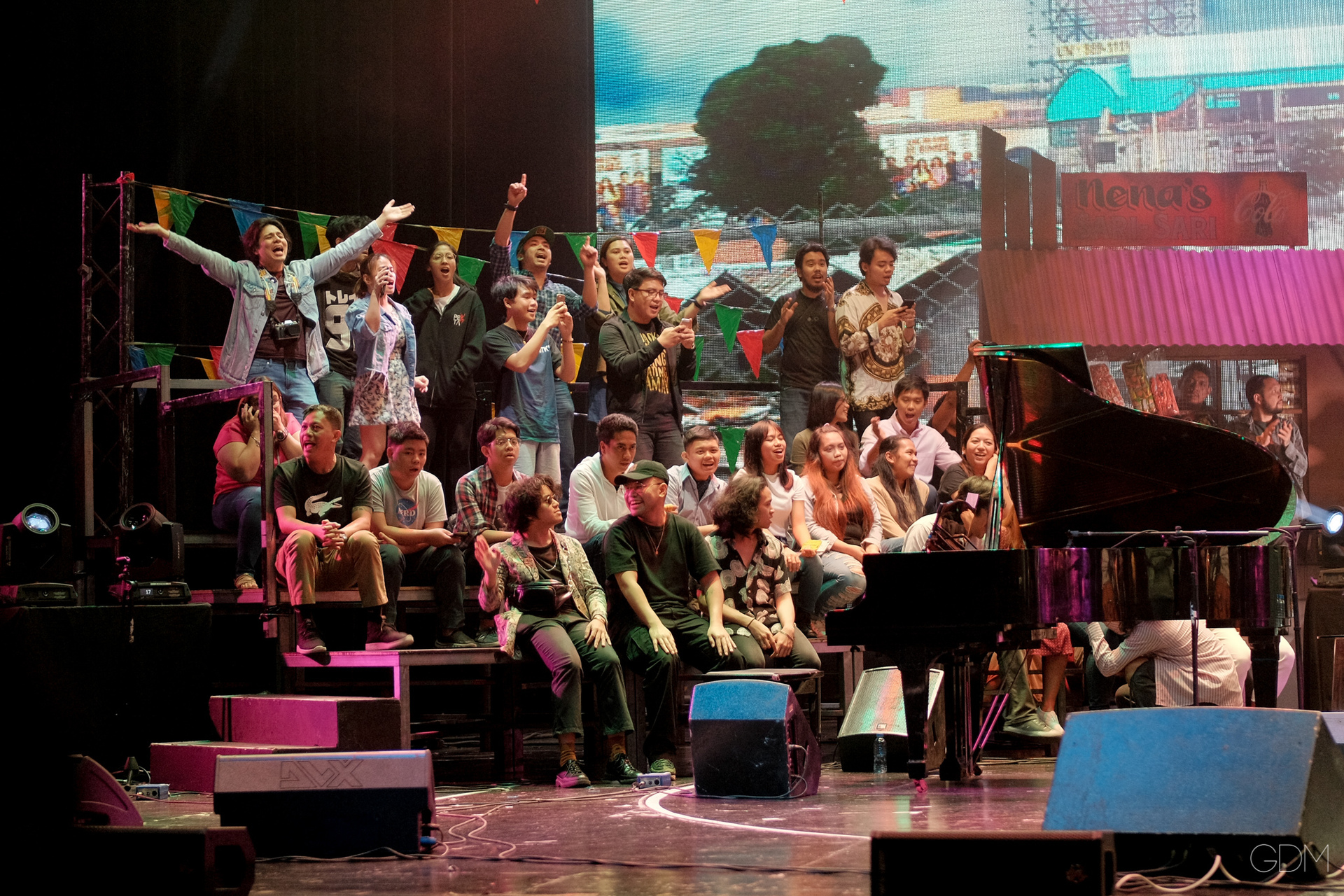 The surprises didn’t end there, though, as an (apparently, “unplanned”) electricity shortage occurred…and we suddenly found Marcus Adoro onstage. 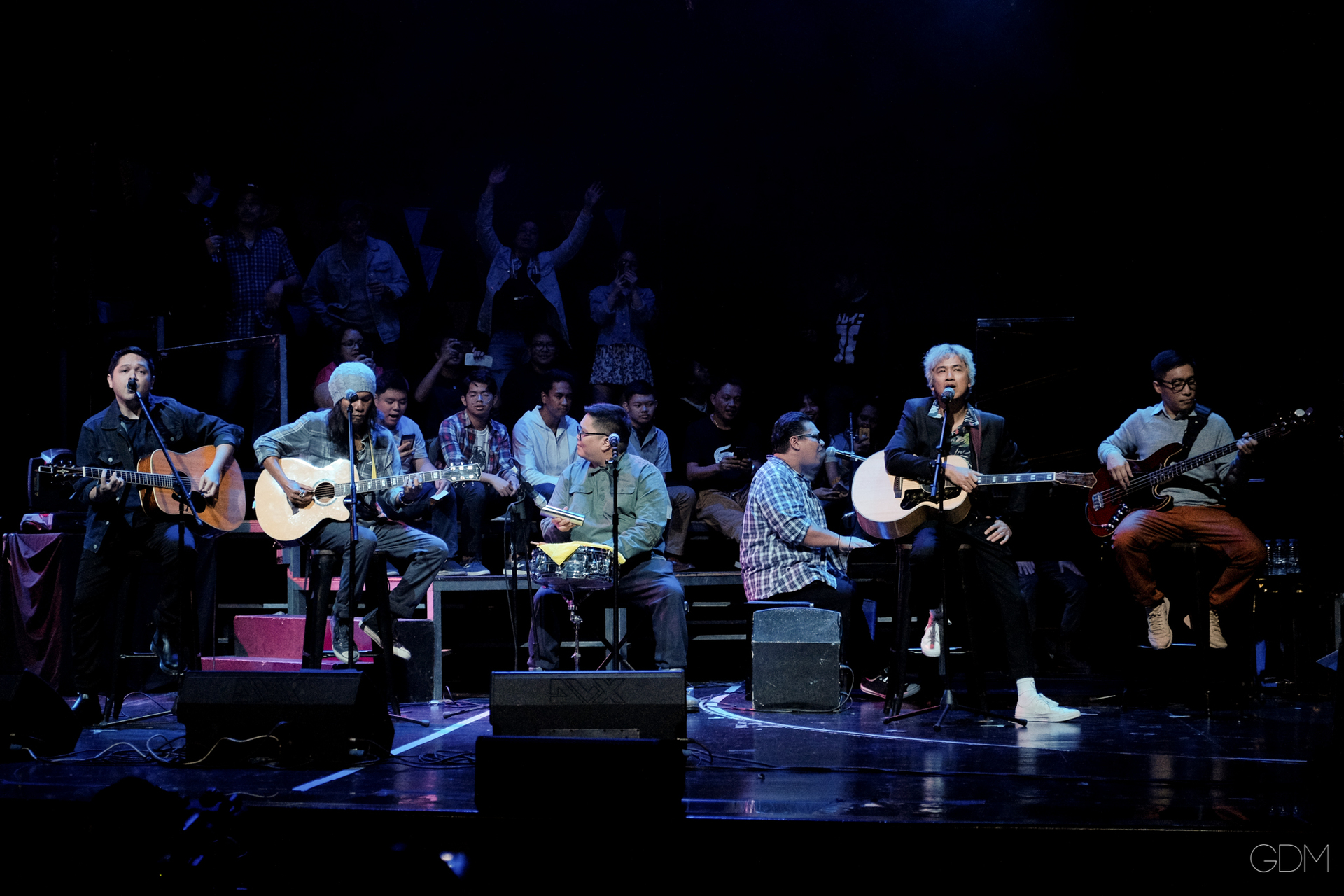 “[We] wanted to do the ten-year challenge and we wanted to recreate a photo, and Marcus stopped by,” Chino Singson told us later on, explaining that Marcus’ participation in the show was not really part of the initial plans. “Ang request niya, i-jam and video record namin yung ‘Panahon.’ (“His request is to jam with us and record a video of us playing ‘Panahon.’”) Pepe was still alive then. We ended up jamming a few more songs, and then Ely invited him to play at the show.”

And that they did. The group performed ‘Panahon’ during the show, a tribute to Pepe Smith, stressing that he “lives on in all of us.” 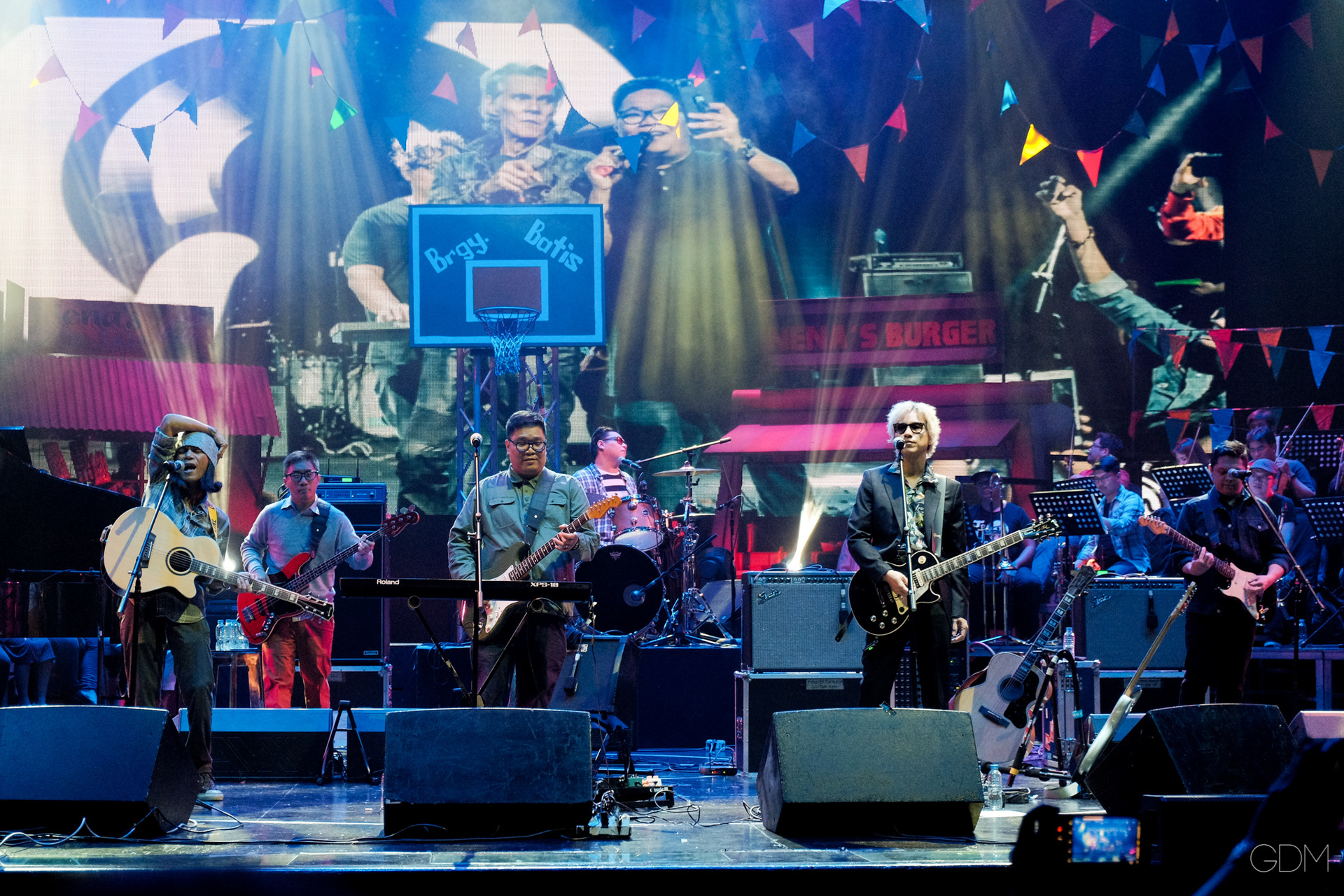 When old tunes were presented in a fresh way

That song wasn’t the only one that had an unlikely arrangement, so did the rest of the set list.

Some of the string and horn arrangements were created exclusively for the show by Mel Villena. He also led the AMP Ensemble that made many of the songs more flavourful that night, including ‘Ayokong Tumanda’ (a song Jugs Jugueta wrote for his wife), ‘Love Team’ (a song from The Itchyworms that Ely declared “he loves”), and ‘Spoliarium’ (which transitioned to ‘Beer’ very, very smoothly).

And then there were the crowd favorites

After all, why would you call it ‘Greatest Hits,‘ without the greatest hits?

But there were just some songs heard live that made our eyes a bit wetter and our hearts break a bit more: when everyone poured their heart out singing ‘Beer,’ when everyone raised their phones to make a sea of lights while listening to ‘With A Smile,’ and when everyone stood up to join in singing ‘Ang Huling El Bimbo.’

“We’d only play small venues before together, which was always an experience, but this one felt like a rebirth. EBXIW GREATEST HITS” - Ely Buendia

It might have taken three years of pangungulit before Ely handed over a piece of tissue from the 90s that would become ‘Pariwara,’ but all it took was a few hours for us to understand that Ely Buendia and The Itchyworms go beyond the songs they have written together. There is a certain dynamic there and it makes us want to see more of them, see more of this. 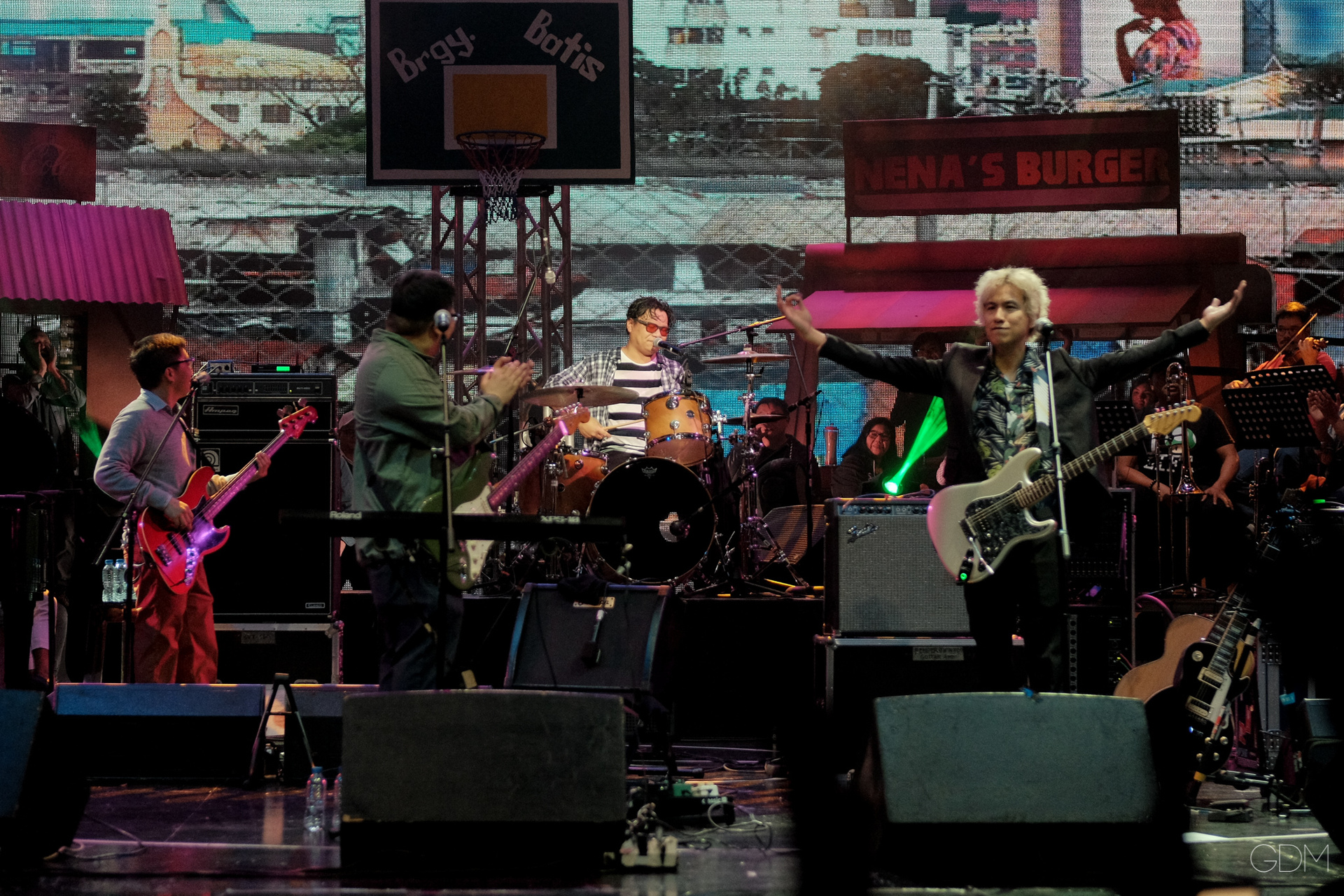 “It’s an honor to sing that song,” Ely Buendia told everybody present as EB x IW wrapped up ’Di Na Muli.’ Well, Ely, it’s our honor to have witnessed this already beautiful song — and more — come to life. 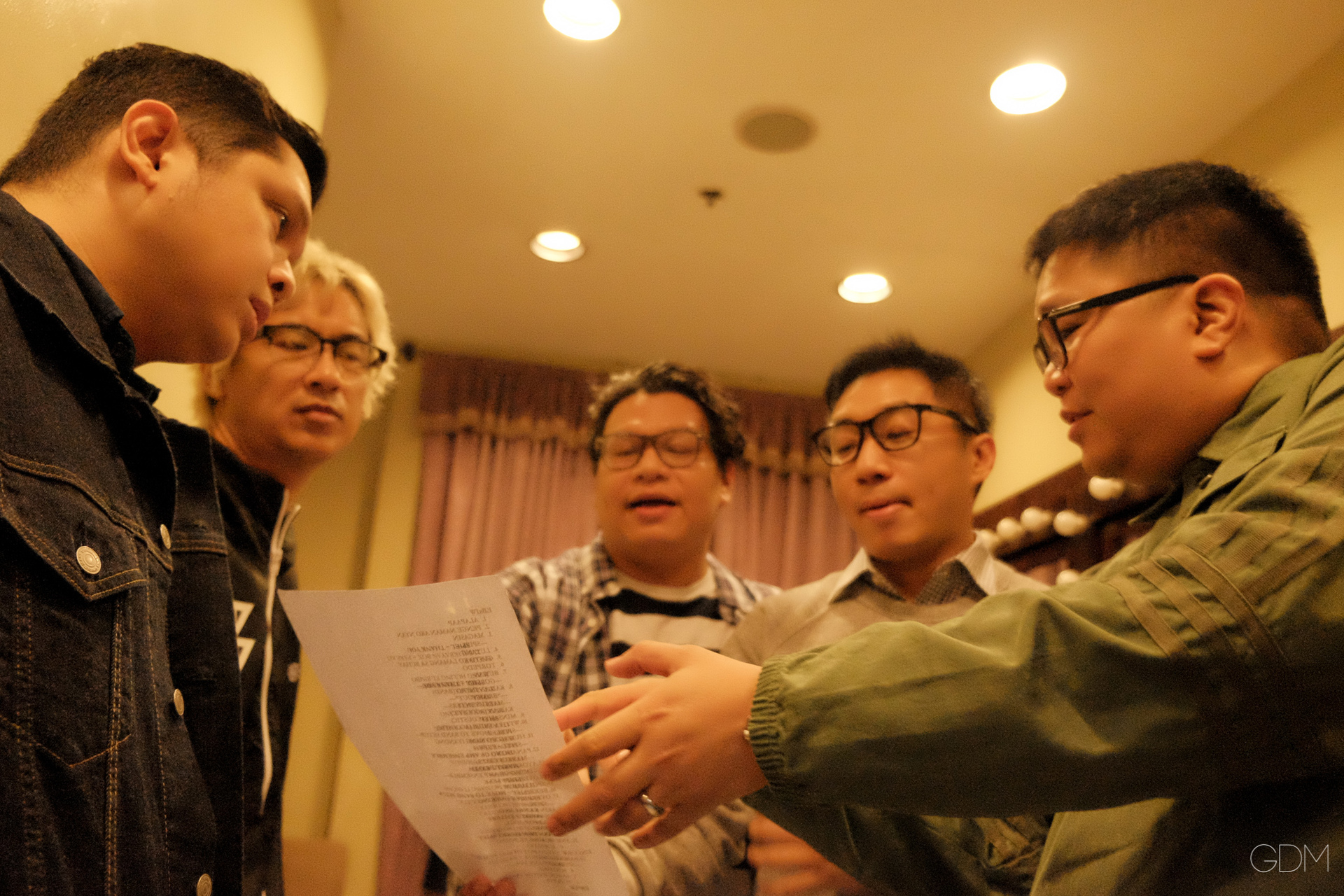 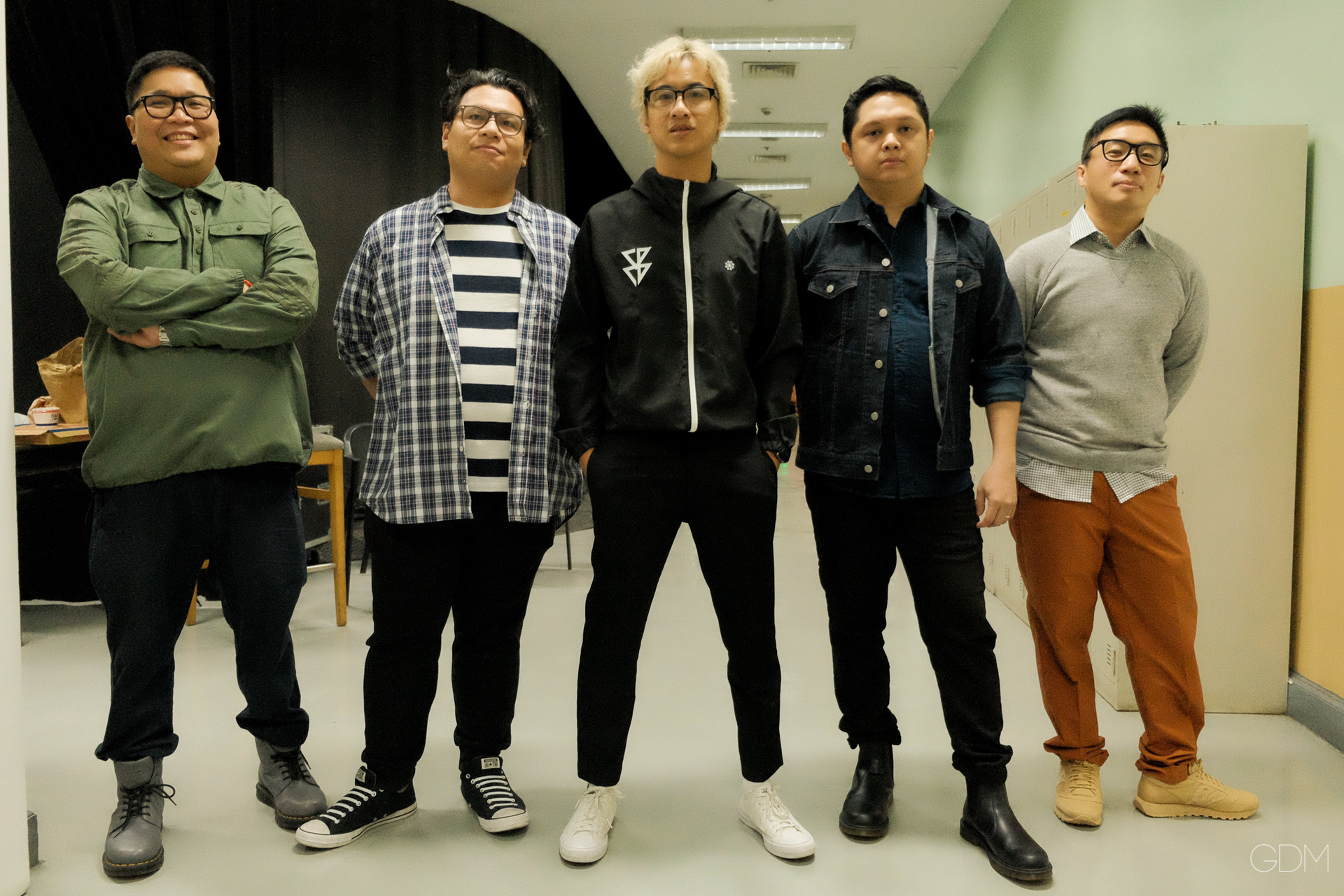 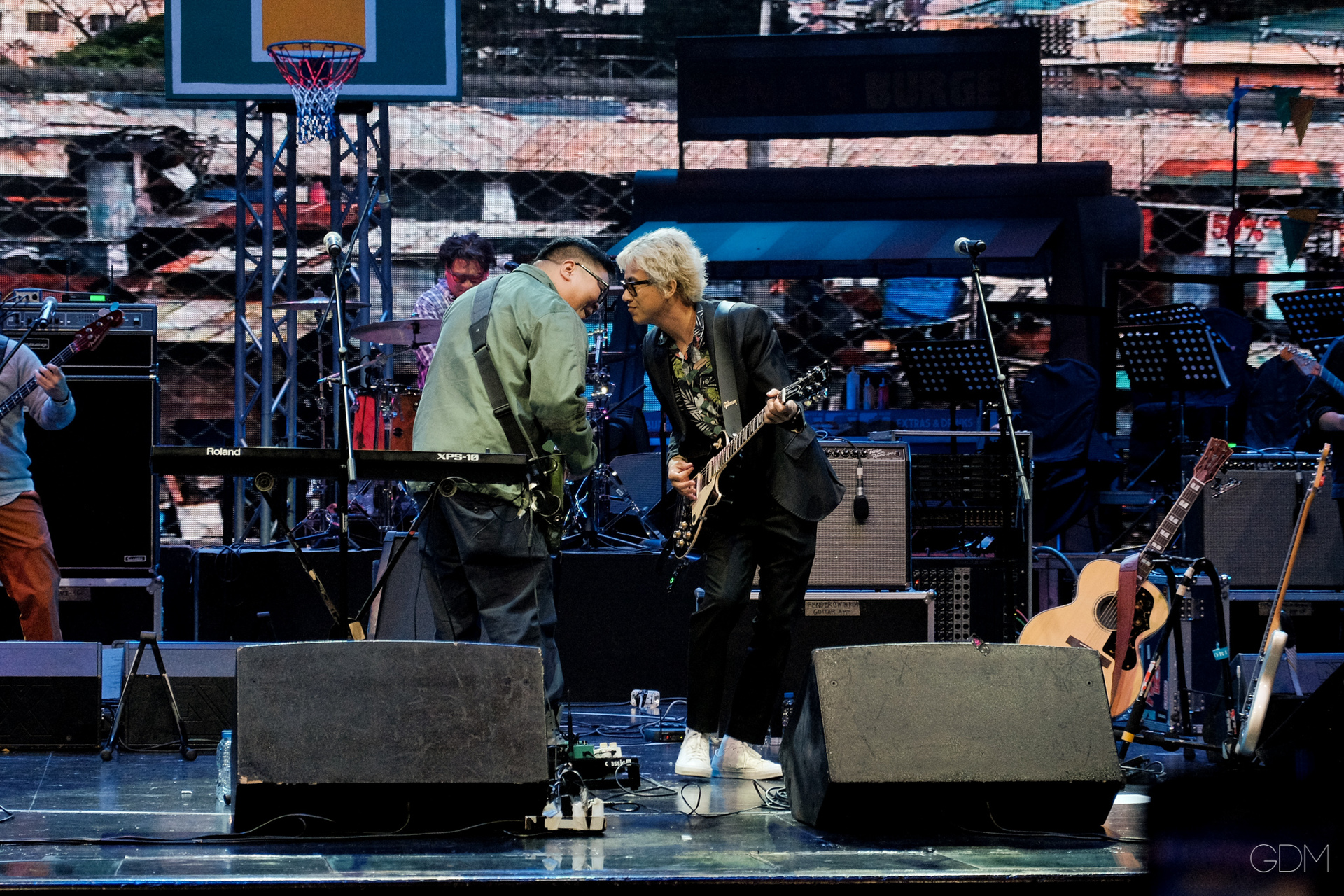 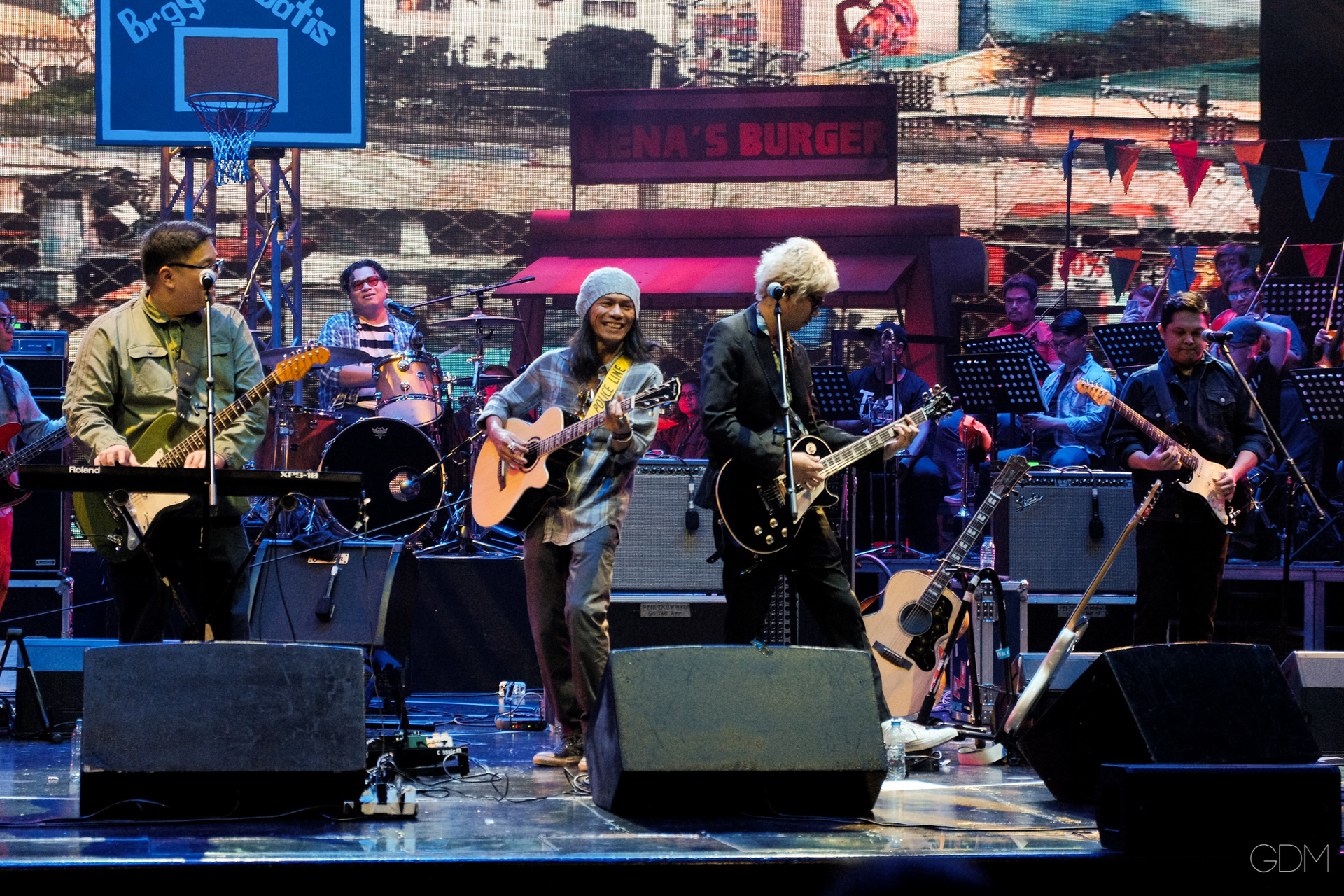 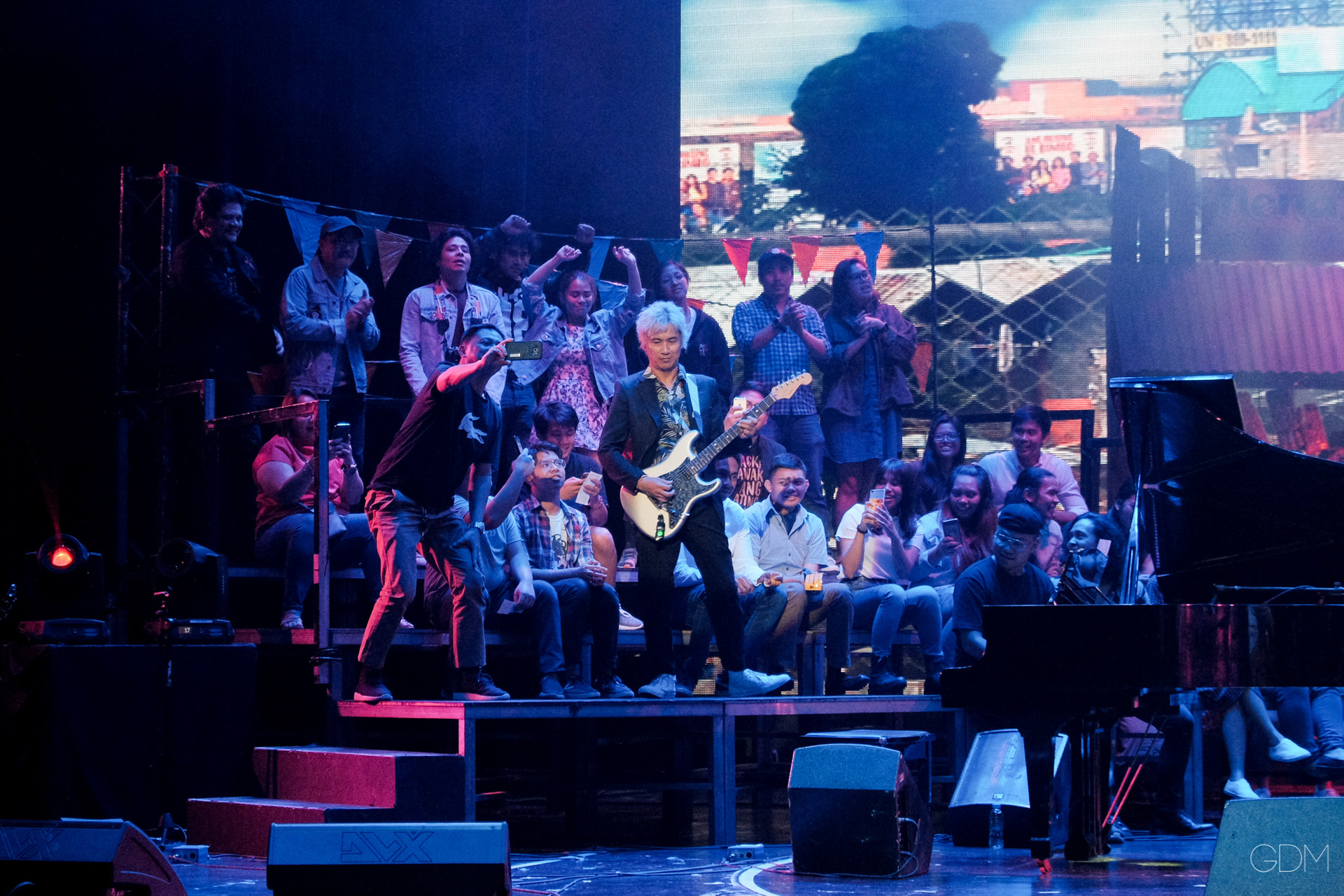 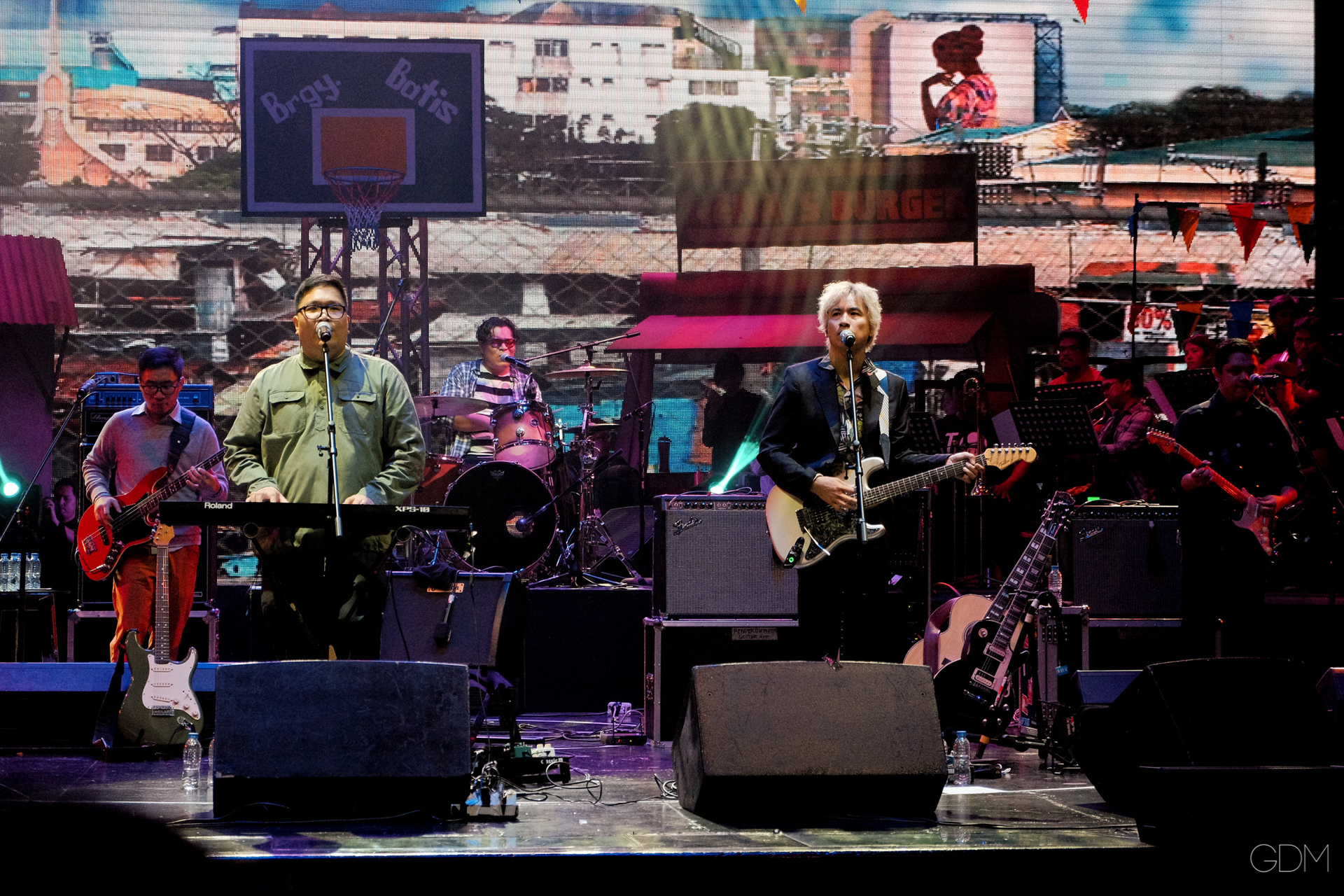 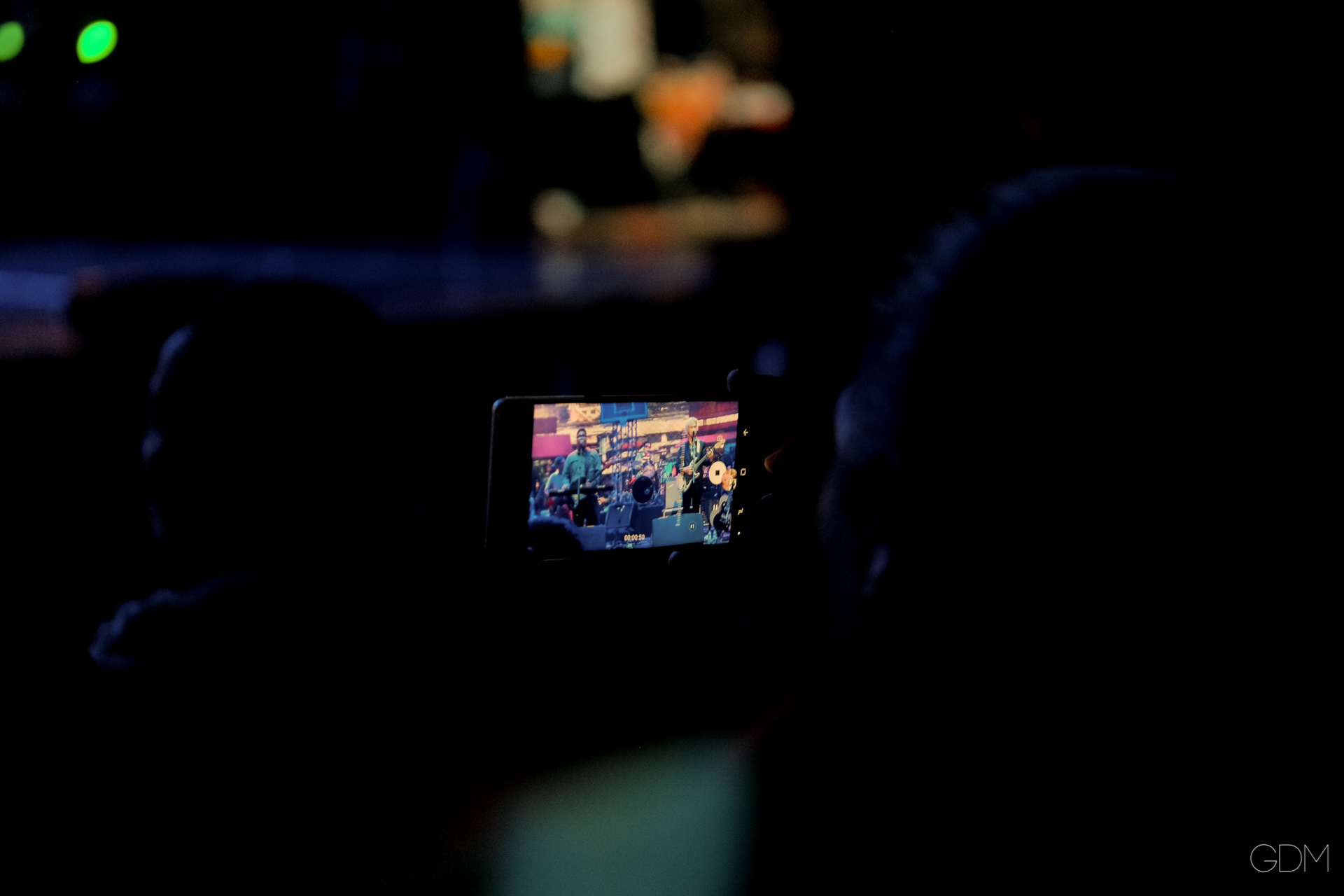 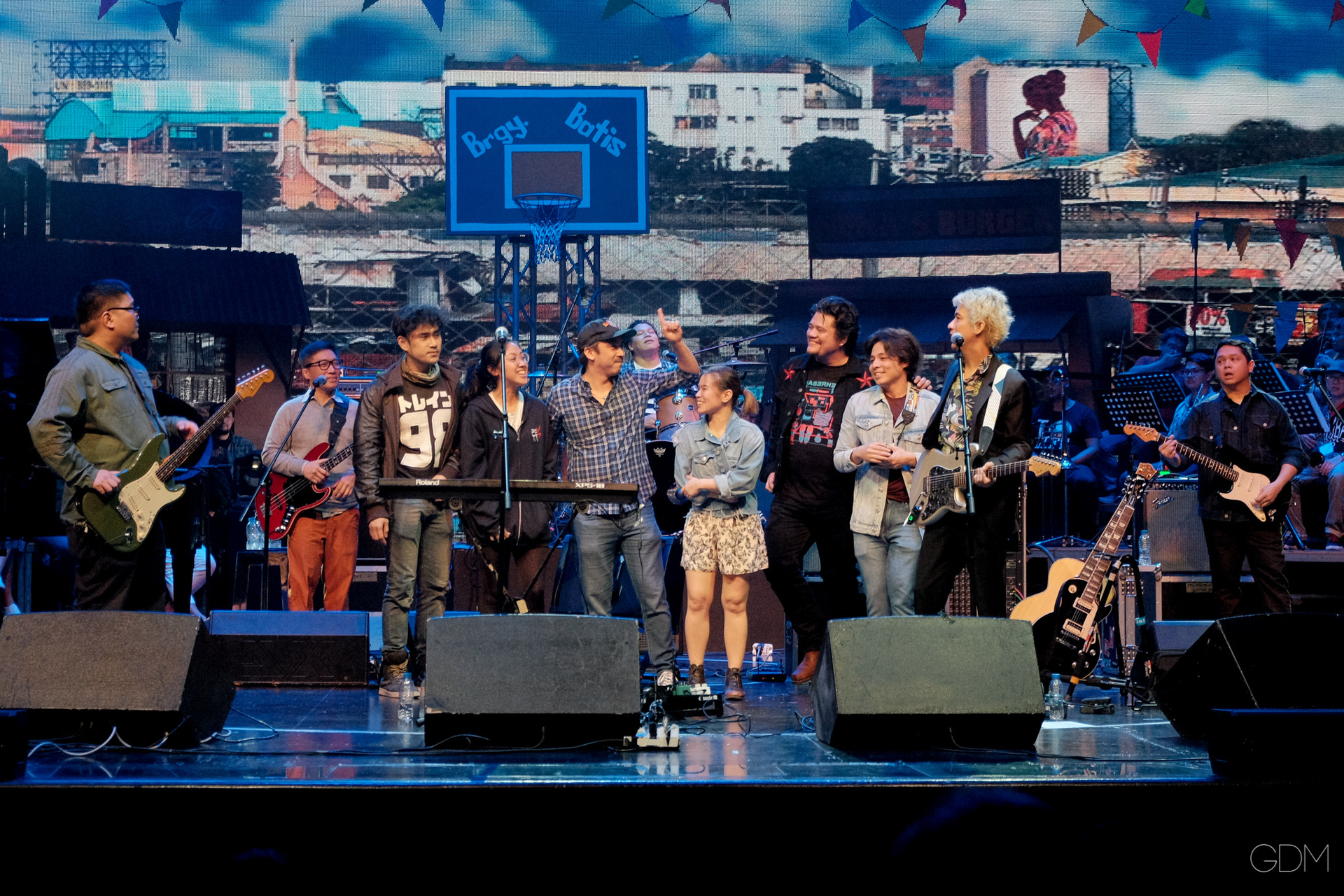 Special thanks to Resorts World Manila and Offshore Music.