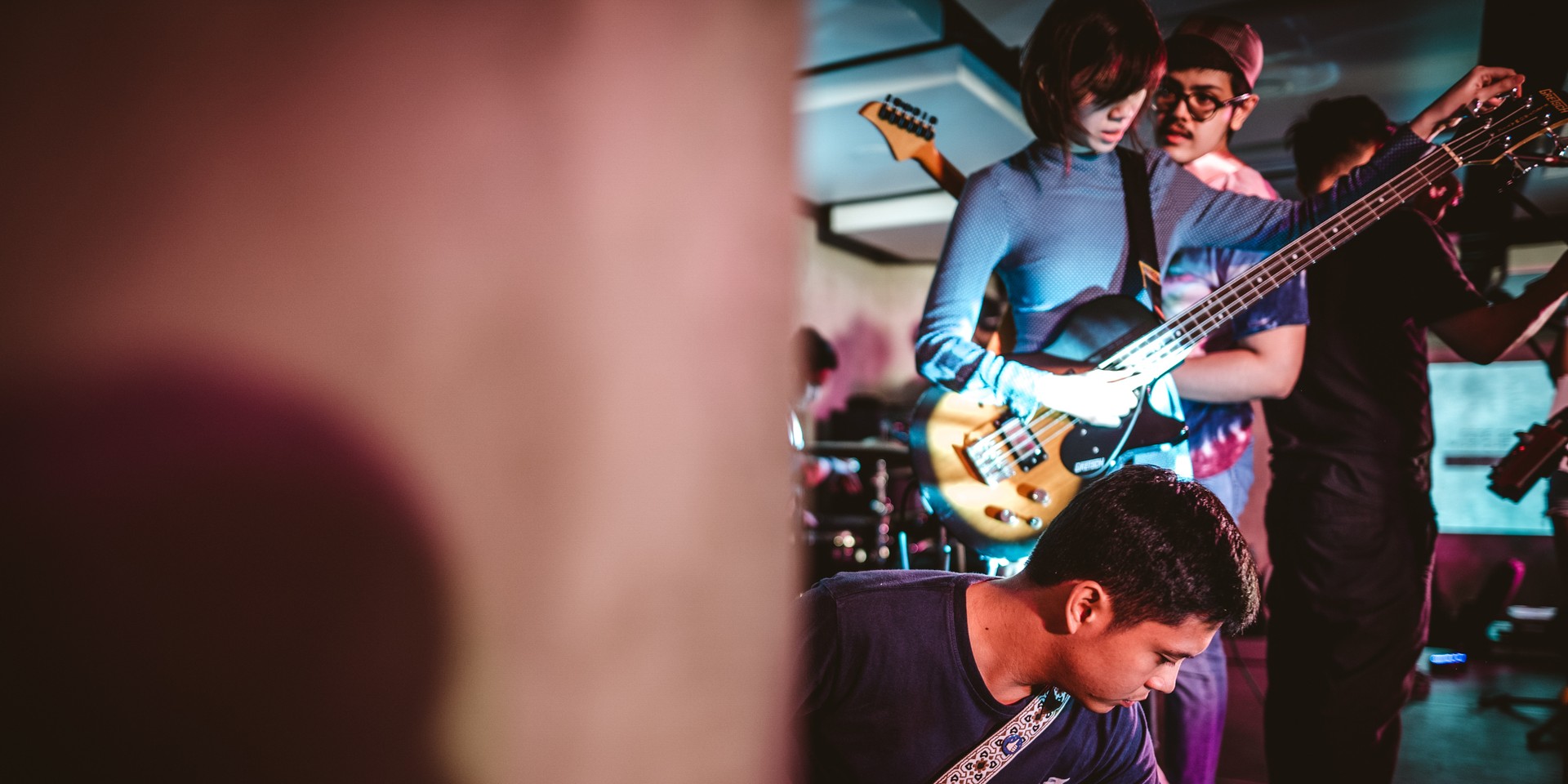 The Post-Rock/Math Rock stage is returning for its second year at Fête de la Musique this June.

Brought to you by A Spur of the Moment Project, the Post-Rock/Math Rock pocket stage will be held once more at Acceler8 Paseo in Makati City on June 22 (Saturday) where they the label's roster of crowd favorites Fools and Foes, Luncheon, Run Dorothy, tide/edit, and Trippy Oh! will be performing alongside Terno Recordings act AOUI, Earthmover, Twin Lobster, Sound Architects, and Capacities, with stage first timers Amateurish from Baguio City and TIM ÄWÄ from Quezon Province.

"It wasn't until after the [2018] event that I realized the importance of [the stage] being represented in a festival like Fête de la Musique," producer and label manager Li Perez says in a statement. "In my opinion, it's the only festival locally where music lovers are dedicated to go stage-hopping and check out a genre hoping to discover a new act, or two."

Get to know the acts playing the Post-Rock/Math Rock pocket stage below.

Amateurish are an indie/punk band that loves their bread, representing their hometown of Baguio City. They recently released their music video for 'No Cape,' following their 2017 self-titled EP.

For the second installment of the Post-Rock/Math Rock Stage, Filipino instrumental quartet AOUI will be serving up fresh tunes from their self-titled debut record.

Formed in 2014, Capacities are a 7-piece alternative indie folk act from Manila.

Earthmover are a Manila-based instrumental rock trio known for their atmospheric tunes.

Just weeks after dropping their debut studio album, Fools and Foes will be returning to the Post-Rock/Math Rock pocket stage at Fête de la Musique.

Filipino emo-punk/math rock trio Luncheon are all about their favorite canned meat and making their audience laugh as they have a good time.

Run Dorothy are back from their indefinite hiatus and are definitely set to make you sway and bang your head to their transient musical styles.

Sound Architects are a Quezon City-based instrumental act adored for their live performances. They recently released their Transfer Protocol EP in February.

Before making their way to Japan this July, tide/edit will be hitting the Post-Rock/Math Rock Pocket Stage at Fête de la Musique once more.

TIM ÄWÄ is a post-rock artist from Lucena, Quezon Province. She recently released her self-titled EP and opened for Pianos Become the Teeth in February.

Trippy Oh! are all about instrumental math rock tunes and bringing them back to you on the second year of Fête de la Musique's Post-Rock/Math Rock Pocket Stage.

The Manila-based indie-rock trio Twin Lobster are set on delivering their technical guitar riffs, chord-style bass lines, and complex drumming from their three studio albums and straight to the stage.