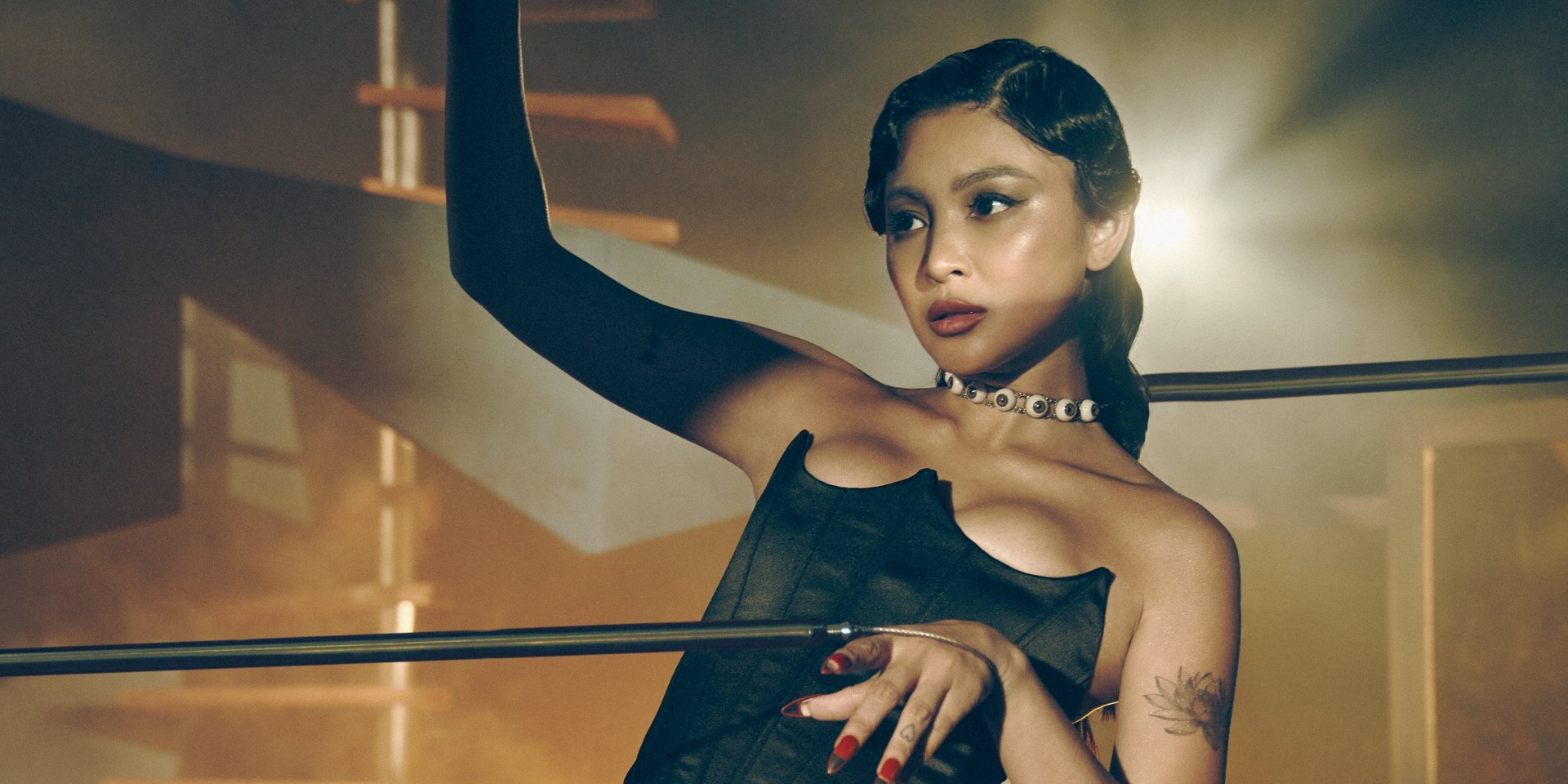 Nadine Lustre's grand return to the concert stage is nothing less than extravagant.

Breaking down barriers and delivering the unexpected, the Filipina actress and singer is weaving together the worlds of music and theatre in an online concert that's the first of its kind. Titled Absolute Madness, the concert is said to be "a sonic and visual experience like no other" set in the backdrop of a mystical stage.

"It's time to do something new, something different, and since this is my very first ever solo concert, we really wanted to push the envelope and just do something crazy. I can't wait for everyone to finally see it," Nadine tells Bandwagon. 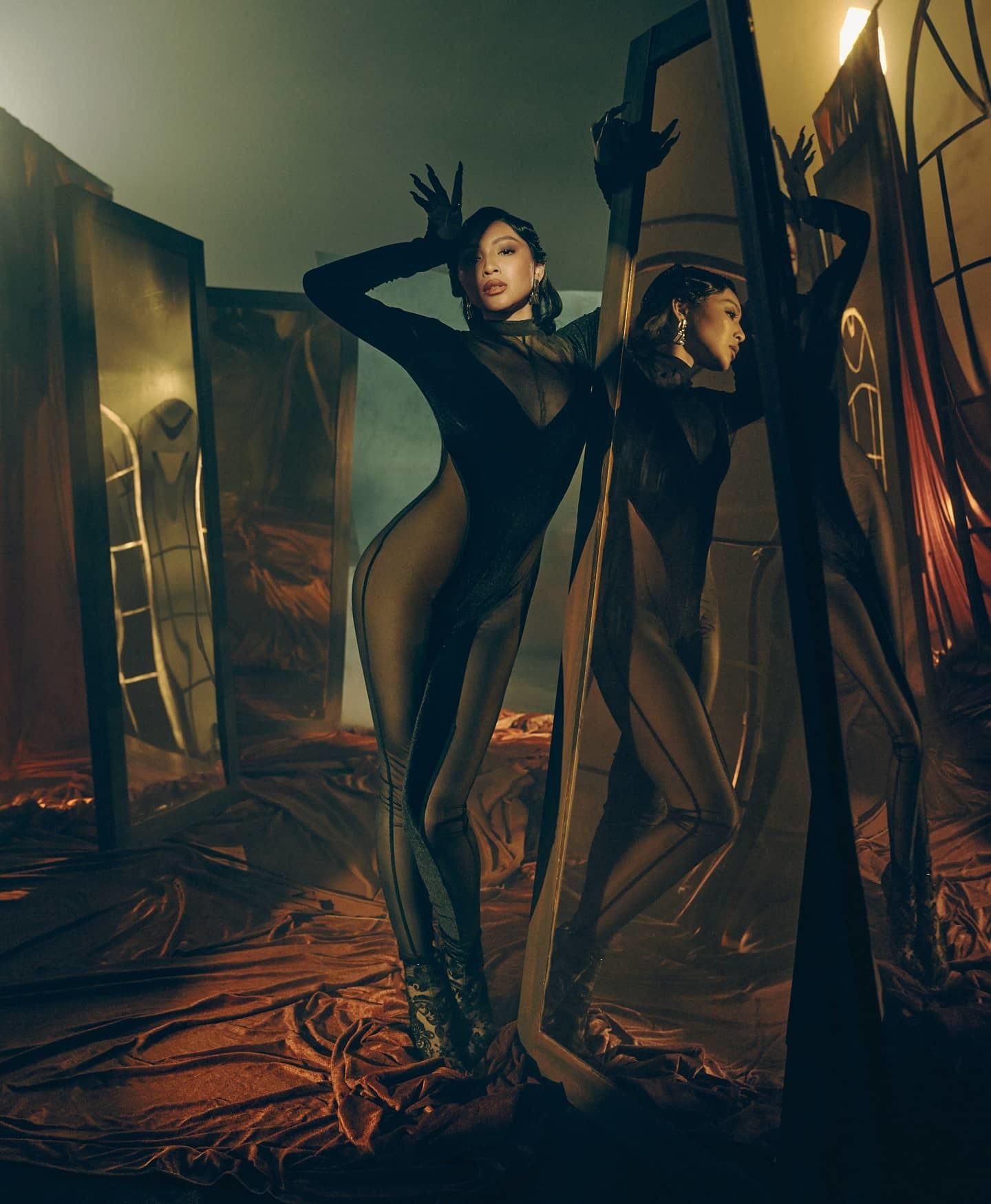 Absolute Madness follows the release of the singer's debut album Wildest Dreams last November. Continuing the story of Nadine's quest for self-discovery, the online concert sees a mixture of singing, dancing, and acting as the singer takes audiences on an enthralling journey through her innermost thoughts and emotions.

Without giving too much away, the 'Ivory' act revealed that the hybrid theatre-concert takes inspiration from her all-time favourite tale, Alice In Wonderland.

"When you watch the concert, you can see that it's really a journey. You could say that it's my own journey or say that it is yours as well because I know that all of us are going through something," says Nadine.

"I'm also a huge fan of Alice in Wonderland and the story of it is about discovery, discovering yourself and going through that madness to find peace and clarity. The more I watch it as I grow older, the more I understand, and the more I resonate with Alice. So, it was the perfect title."

Experience Nadine and Careless Music’s first ever online concert, Absolute Madness, and witness it meld the world of concert and theater stage.

While the singer is still pretty tight-lipped about the upcoming concert, not wanting to spoil the surprise, Nadine mentioned that there are aspects of the show's set, costumes, and storyline that shocked even her.

"I’ll just say it's something to look out for, even I was amazed by the whole planning and everything that's going to happen. I just hope that whatever it is that we had planned for will just fall into place," teased Nadine.

Melding concert and theater stage, extraordinary individuals have come together to work tirelessly to create this captivating experience

When asked about a moment she's excited to share with her fans, she mentions a performance that gives insight into her most vulnerable emotions.

"I'm not gonna say which song, I don't want to spoil our setlist; but there are songs there that are very emotional... reading the script for that specific part of the show, it still gets to me," says Nadine.

"It's something that I love sharing with everyone. I don't really like hiding my vulnerable parts, I'd like to show it to everyone just to let them know that we're all human and we all go through the same thing, it's okay. So I would say that part, kung ano mang song yun, abangan nyo."

Made in collaboration with her CARELESS Music team, as well as some of her closest friends across the entertainment industry, Nadine compared the production of Absolute Madness to a family project.

"I don't really see this as something that's work you know, I don't feel tired at all preparing for the show. If anything, I'm just super excited because this is all like a group effort. It’s something that we've been dreaming of doing," says the singer. 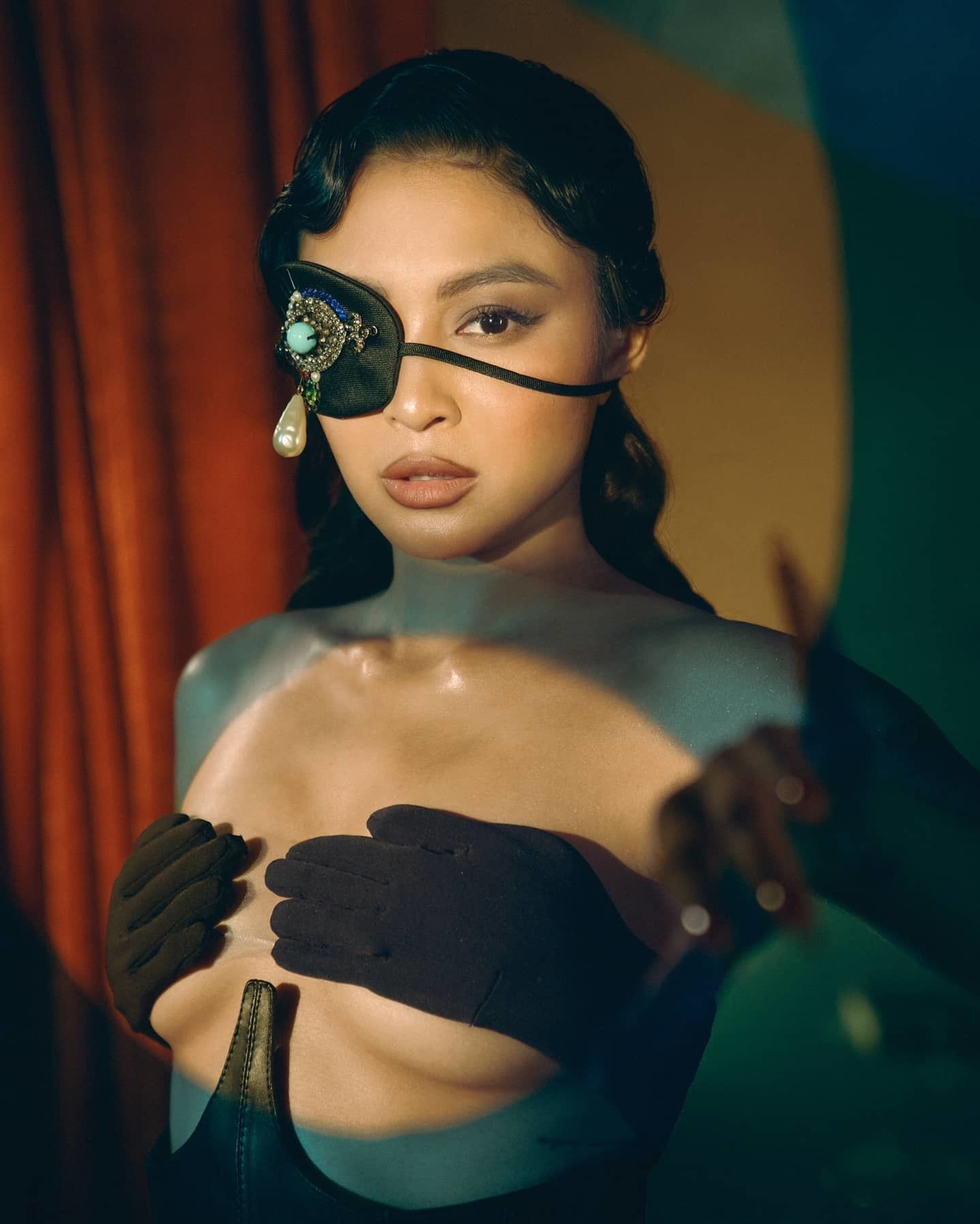 The concert was originally slated to happen last April but was pushed back due to COVID-19 restrictions earlier this year. In an attempt to make most of the delays and pushbacks, Nadine and her team kept working hard and pushing onwards to make Absolute Madness a concert worth remembering.

"During the lockdown, we kept working on it, on the script and the costumes, the choreography as well. In hindsight naman, the delays were a blessing as well so at least we had more time to prepare for it. I'm just excited for everyone to see it. This is, you know, the product of everyone's hard work," she shares.

The concert will be shot by The Finest and directed by Menchu Lauchengco-Yulo, the "First Lady of Philippine musical theatre," who also worked on the musical production, Ang Huling El Bimbo. Considered to be one of the main brains behind the show, Lauchengco-Yulo is said to have written the concert's script and gave life to a majority of Nadine's ideas and concepts.

"What I love about Direk Menchu was that the whole time she was working on the script, the only thing that mattered to her was that the story and everything else was genuine and authentic to me. I love working with her," Nadine shared.

Witness the culmination of the Wildest Dreams campaign and experience, through the concert and digital stage, the beauty of Absolute Madness!

Also part of Absolute Madness is CARELESS' dance act A-Team, who helped choreograph the entire show.  "MJ Arda from A-Team choreographed the whole thing and he made sure that it is a challenge for me. They really wanted me to level up my performance for this show," she shared.

"There are songs na mahirap talaga yung sayaw because, of course, it's A-Team. Every time I tell him na mahihirapan akong kumanta, he just keeps saying ‘hindi, kaya mo yan’, and that's what I love about him because he really pushes me to be at my 110%. He really gives me challenges which I love doing." 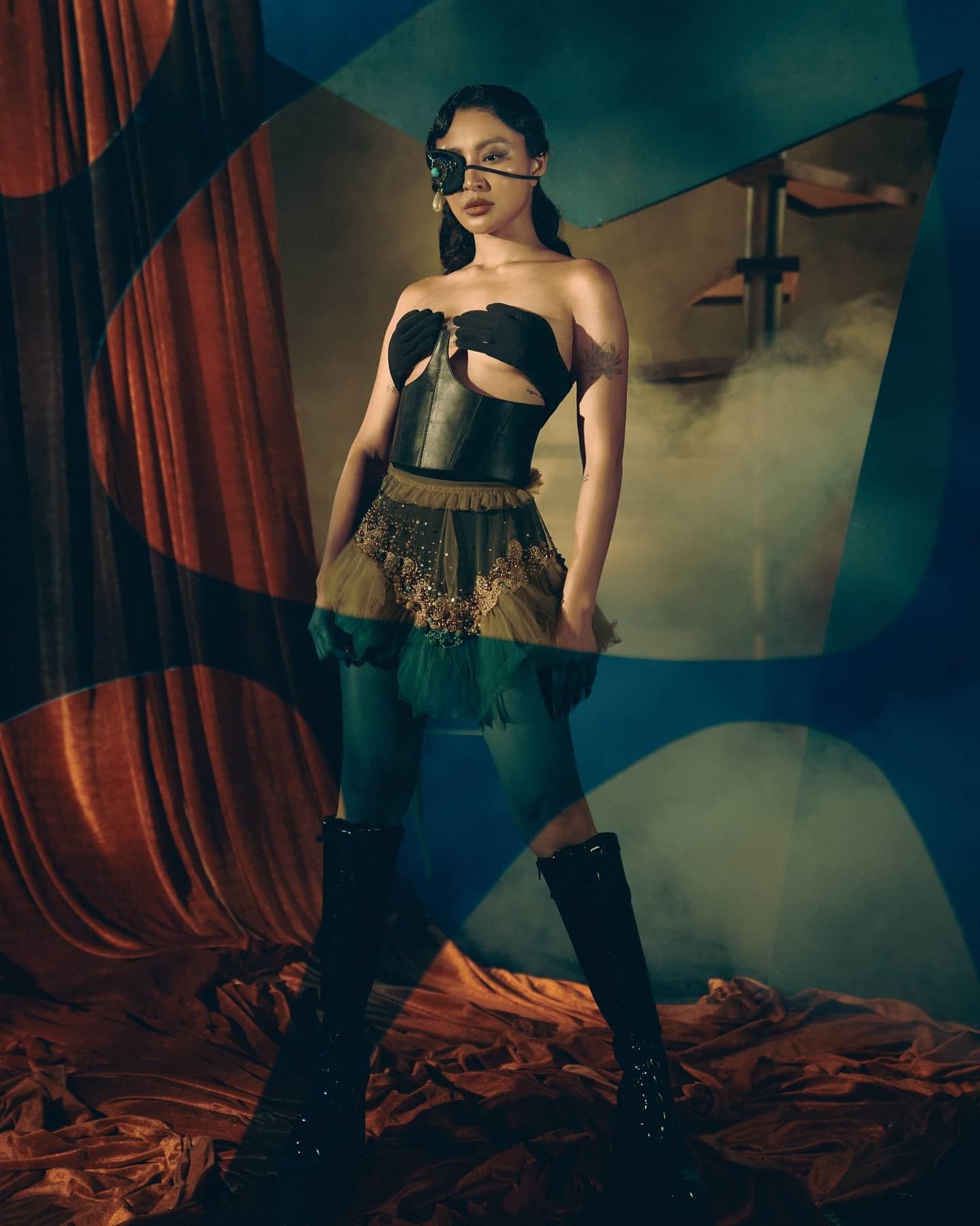 Alongside the renowned dance crew, Nadine is also said to be joined by her labelmates and Wildest Dreams featuring acts, James Reid and Massiah.

"It's nice to be surrounded with the same energy and by like-minded people. Sometimes, you know, as human beings, we do tend to get burned out, lose inspiration, and all of that," she says. "So it's nice that we're all just there to support each other and help each other out. We all got each other's backs, and I feel like that's the best part about it, we're just pushing each other to get to the top."

Absolute Madness serves as both Nadine's and CARELESS Music's first online concert. While it's drastically different from the vast live audience the Filipino act is used to, Nadine shared that she's still as excited and nervous as ever.

"It's a little bit different this time obviously but because it's my music that I'm performing, I’m excited. It makes me feel alive and gives me energy knowing that I am performing my own songs this time around," she shares.

The upcoming online concert comes as the first of a myriad of creative and musical projects Nadine has in store. "I really want to focus on music right now and it's something that I truly enjoy doing," she says.

In a message to her fans, Nadine shares, "I'm really grateful for all the fans who bought tickets. The time difference is crazy for a lot of them so I know that a lot of them would have to stay up for the show so I'm really thankful. This is something that's really for the fans, I'm really doing this for them."

As we wait to enter the world of Absolute Madness, revisit Nadine Lustre's Wildest Dreams here.