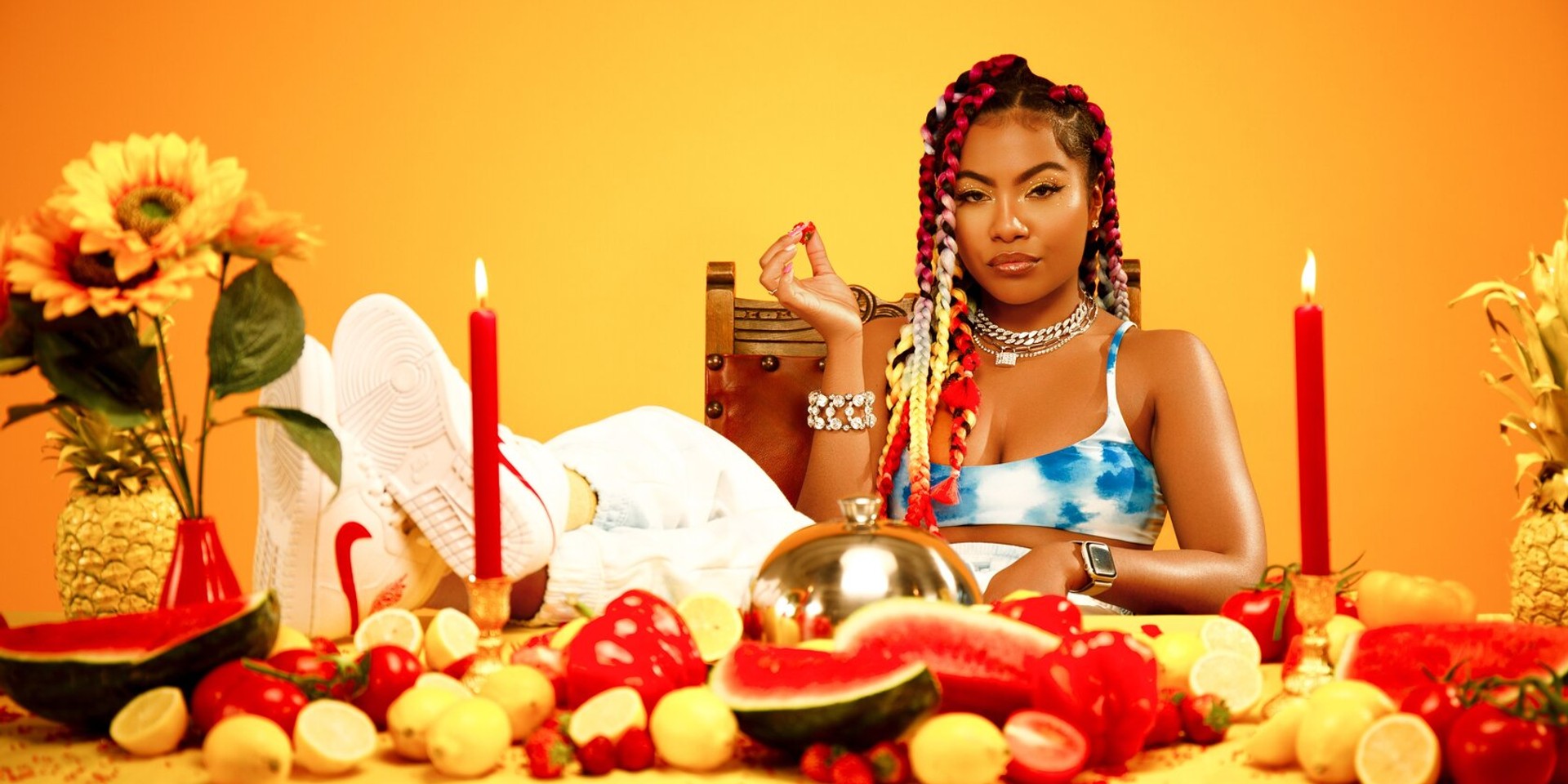 With a deep-rooted love for hip-hop, a mix of cultural upbringings, and a voice that's smooth like honey, Tsunari has the perfect recipe for making music that resonates with people across the world.

From Saudi Arabia to Thailand, the Thai-Trinidadian singer spent most of her childhood moving from one country to the next. Growing up, she was always the "new girl" that never quite fit in; but now, Tsunari is owning her differences and making a brand of music that's unapologetically herself. 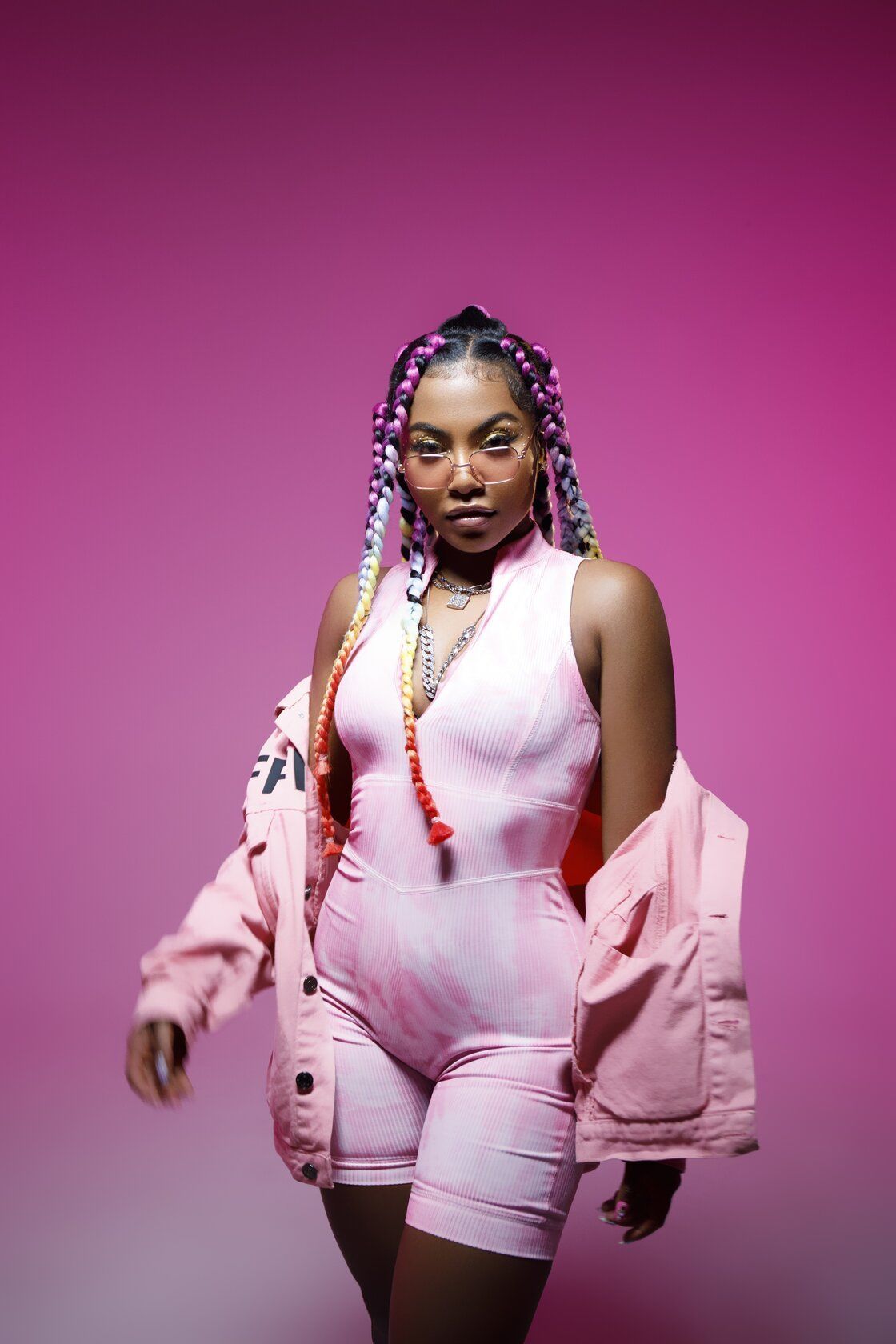 Born in Thailand and now based in London, Tsunari makes music that uniquely takes from her multiple cultural identities, while still interplacing it with the classic R&B sound we all know and love.

"If Rihanna, Doja Cat, and Jhené Aiko were stranded on an island in Phuket and had to make music together, it would sound like Tsunari," she tells Bandwagon.

Through her music, the singer-songwriter narrates stories of self-love, individuality, and acceptance, taking inspiration from her childhood experiences. "When listeners hear my music, I want them to feel like there are no limitations in this world, other than in your mind," Tsunari says.

Early last year, Tsunari dropped her most popular track yet. Entitled 'Mula', the bilingual song has amassed over a million views and streams since its release.

Now, the singer is getting ready to drop her first-ever EP. Describing the record to be "dynamic, quirky and fun", this is just the start of what else Tsunari has to offer the world. As we wait for her upcoming release, Bandwagon caught up with the hip-hop artist to talk about her the story behind her tracks, her inspirations, and how she's embarking on a journey of musical exploration.

Hi Tsunari, tell us how you first got started in music and your motivations for pursuing it.

Coming from a strict family came with its own limitations. I spent my early years growing up in Saudi Arabia which had restrictions on access to popular music. After moving back to Thailand in my teens, I experienced bullying as the new girl who looked different, but deep down I was like any other Thai girl. During this period, I discovered TV channels like MTV and VH1 where I would escape into a world of fantasy. This is when I discovered Rihanna and found my calling!

The Thai Hip Hop scene has been growing rapidly over the last few years and it’s super exciting to see! We have room to grow and experiment because it’s so new and fresh. My role is to contribute as much as possible using my international platform but to also inspire young Thai women who have ambitions in pursuing their dreams. Overall, my dream is to put Thailand on the map internationally like K Pop.

How has being based in London influenced your sound and artistry?

I knew from the moment I landed that I was going to be exposed to influences like no other. London is a super multicultural city and home to so many different genres of music. I’ve seen the growth of Neo-Soul, R&B, Grime and UK Drill in real-time, visiting underground concerts and gigs. Living in London gave me a sonic edge and grit which I may not have received in a different country.

Beyoncé is Queen, Rihanna is Princess, Frank Ocean is bro, Mariah Carey is aunty and Jhené Aiko is sis – that’s my music family right there!

Your single ‘Mula’ is your most popular track yet, could you tell us more about the song and why you think listeners from all over the world enjoyed the song?

My single ‘Mula’ was written after the first COVID Lockdown came to an end in London. There was an air of excitement in the air as people re-opened their businesses and got back to work! The song was about being productive and getting things done regardless of the circumstances.

Tell us about your latest track ‘No More’ and the story behind it.

My latest track ‘No More’ is about putting your foot down in a relationship and knowing your boundaries. As women, we sometimes lose sight of who we are and accept behaviours from our partners during emotionally vulnerable times.

Being from both Thailand and Trinidad and Tobago, how do these two identities play into the music you create?

I am so blessed to have the option of being from two different cultures. It just means that I have a wider palette of sounds to be inspired by.

Five years from now, where can we see Tsunari?

In five years, I would love to see myself filling live arenas, hitting the Billboard charts and maybe becoming the first female Prime Minister of Thailand!

Outside of music, I love cooking, working out, travelling and reading.